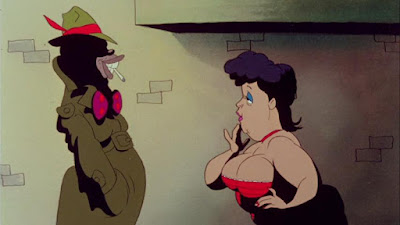 This is not a review.

Last week many of us got together with family – possibly the first time in a year – and we sat around the kitchen or the dining room or the living room – that's “family” room for us ingrates – and we played catch up. 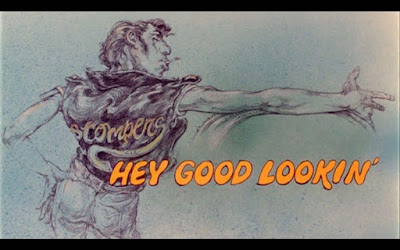 Movies act as a great vessel to transport us back to those days of old. Since we're in season, A Christmas Story is the perfect example of someone remembering days gone by. Sometimes those memories carry good feelings, and sometimes those memories don't. Many storytellers excel at such tales. Another great example is Lin-Manuel Miranda's hit musical In the Heights – a story full of characters Miranda knew as a kid. As we grow older we accumulate stories. Some people are blessed with the craft of putting those stories to paper or film or tape. A great storyteller is able to inflate and conflate their memories and create something more resembling a tall tale rather than a factual tale. Characters become more animated, events tend to be blown out of proportion, tragedies are inserted where once a tragedy didn't exist. But let's be honest, this all makes for a better story.

“I grew up in Brooklyn with an overworked father in an apartment building full of different people,” becomes, “My tumultuous childhood on the mean streets of Brooklyn began as soon as I escaped the prison of our one bedroom apartment that I shared with my seven siblings and an alcoholic father who beat our mother until she ran away for good. Across the hall lived Mrs. Scheinman, a witchy, old Jewish woman whose cooking always filled the halls of our rundown tenement with the smell of matzoh and cabbage...” And so on until your once-thought-of boring childhood becomes this exciting narrative full of half-truths and big blue oxen. And, if you're talented enough to tell this memory in a way that can captivate an audience for 90 minutes (or more if you're doing this in 2021), you just may have a career ahead of yourself.

Ralph Bakshi with born in Palestine but moved to Brooklyn when he was just a baby. It was there that young Ralph developed his particular art of storytelling. In his not-suitable-for-children animated movies, Bakshi takes these memories of his New York upbringing and crafts entertaining stories set to fabulous soundtracks, all told through his unique style of animation. In his films Fritz the Cat, Heavy Traffic, and Hey Good Lookin', Bakshi recalls the characters of his past and rebuilds these memories into literal cartoons. While they're entertaining and poetic, I have a hard time conjuring something of substance to put on paper that resembles a review or even an opinion. (That's why you're getting whatever this is.) His three aforementioned films, though, are perfect examples of how we take, what are, in truth, quite mundane memories and turn them into something more exciting. 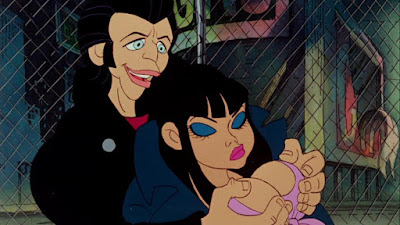 This all brings me back to my 94-year-old grandmother who is still sharp as a tack. She brought me a small packet of my father's things from his childhood. My dad passed away nearly nine years ago, so I'm always appreciative when someone passes down something of his to me. In this case I got his childhood vaccination card (a snarky curl came across her lips when I looked up at my like-minded, liberal grandma), some love notes he wrote to her when he was a little boy, and some of his early drawings. My father was a tremendous artist and could draw absolutely anything you could think of. A marching band drumline consisting of G.I. Joes? No problem. A Roman soldier with an oversized head donning a galea playing tennis? You got it. The characters he drew had that Ralph Bakshi-caricature style that bring me so much comfort. And the drawings my grandmother gave me – drawings he made when he was nine years old – showed that burgeoning talent.

The holiday season brings with it memories. Some want to forget their childhoods, and some yearn for the “old days.” But we've all crafted stories worth telling out of those memories, turning molehills into mountains, sweet old ladies into witches, and our neighborhoods into war zones.
Posted by Patrick Bromley at 5:00 AM