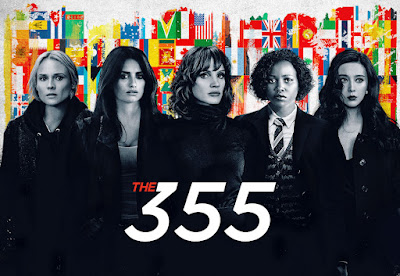 There’s always something cleansing about January releases. Harried by the crucible of awards season, cinephiles everywhere are ready to turn the page and start fresh. Writing year-end think pieces and top ten lists is exhausting, after all, and the last thing we need is another provocative drama or genre-defining epic to muddy the waters even further. We’re done with the introspection. Done with the analysis. We want something that goes down smoothly, something that doesn’t require a whole lot of effort to digest. Studios oblige every January with a buffet of empty calories, a season’s worth of niche and middling projects that lacked the four-quadrant potential for last year’s high-profile slates. Call it a dumping ground, if you like, but we might instead think of it as a soft opening. We’re taxiing the cinematic runway, stretching out our movie-going muscles. With that in mind, we might look at a white-noise machine like The 355 with a bit more charity. It’s a bad movie, of course, but at least it has the good sense to come out when no one is paying attention. 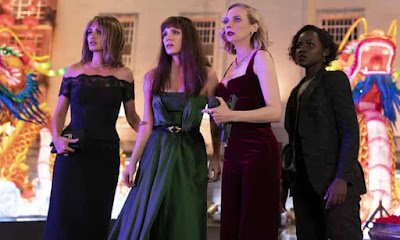 Jessica Chastain leads the overqualified cast as Mason Brown, a CIA Agent on the Edge. When a world-ending MacGuffin goes missing (and her partner, Sebastian Stan as the hunky Nick Fowler, is apparently killed), Brown assembles a crack team of the intelligence community’s best and brightest female agents: Britain’s Khadijah Adijeme (Lupita Nyong’o), Germany’s Marie Schmidt (Diane Kruger), China’s Lin Mi Sheng (Fan Bingbing), and Columbia’s Graciela Rivera (Penelope Cruz). Though each has their share of personal and professional contradictions — conflicting loyalties, romantic entanglements, and maternal obligations — the misfit band is ready to track down the Dangerous Thingie and save the world. The mission gets complicated, however, when an old ally — hint: It’s Sebastian fucking Stan — reveals himself to be the true mastermind behind it all. Now, Mason will have to choose between her romantic feelings and her sworn duty. Sorry I spoiled the whole movie for you, but if you’re still reading, you already figured it out.

Longtime action-adventure screenwriter Simon Kinberg makes his sophomore directorial effort (following 2019’s X-Men: Dark Phoenix) with The 355, co-writing with Theresa Rebeck on a screenplay originally conceived with Chastain. Kinberg’s resume is full of second-tier blockbusters like this one, and his transition to the director’s chair has yet to present a ton of additional promise. At first glance, The 355 looks and feels like an exciting, Mission: Impossible-style thriller: Gun-wielding agents chase terrorists through open air markets, tech whizzes furrow their brows at lines of indecipherable computer code, and a classy formal affair gives our sexy female protagonists an opportunity to get glossed up in their best eveningwear. It’s standard fodder for a trailer, sure, but The 355 fails to offer much of a narrative to pad the spaces between. Character dynamics are about as inert as the action photography, and despite presenting as an alternative to the male-dominated bluster typical of the genre, the entire ensemble looks like they’d rather be anywhere else. 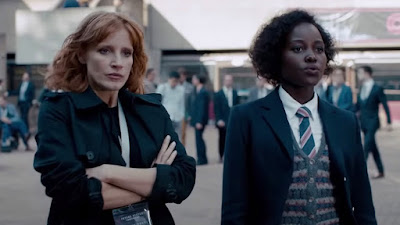 That’s not to say that a female-driven film has any additional responsibility to be good, of course; everyone should be allowed to make dull, uninspired cinema. But a cast as good as this should at least be able to drum up the chemistry to give the film’s few human interludes a bit of energy. Chastain and Kruger feel especially stifled, which is doubly frustrating as they’re essentially playing the same character archetype: Hard-edged, self-destructive workaholics who have lost any sense of self-definition. Nyong’o and Bingbing fare a bit better, as each is at least given a tactical speciality to help them stand apart. Still, The 355 isn’t coherent enough to support anything more than basic action noise. Set pieces are sliced to bits in editing, and Stan’s villain is a Bond movie middle manager with a dastardly scheme that any one or two of Ocean’s Eleven would thwart within the hour. One scene finds the team sharing some banter and a celebratory drink, but good luck remembering exactly what they were celebrating or why. The whole thing’s a lifeless shrug. 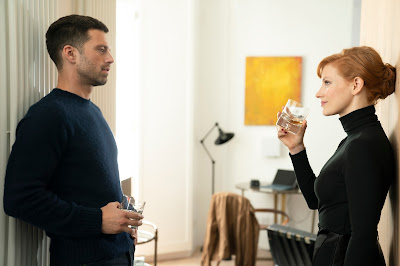 If anything, though, that scene is a perfect illustration of the old adage: Watching the cast of The 355 have dinner would almost certainly be more compelling than watching the movie itself, which makes it a failure. But while it may be a waste of theatrical real estate (not to mention the time of some incredibly talented people), it’s a mostly inoffensive one for January and, hell, Redboxes need to be filled with something. As long as Jessica Chastain and her ilk are getting decent work (maybe something that actually amplifies female voices in the ways this one only pretends to), there’s no reason to be alarmed by the occasional misfire. Isn’t this exactly what we want in January, a barren hellscape of a month that most of us want to forget as soon as possible, anyway? It might be more in the spirit of the new year to think of The 355 as a natural part of the cinematic ecosystem: We need these kinds of bad movies to recalibrate our palates. They’re the control groups in the scientific experiments, the white balance that makes more interesting fare stand out in greater relief.
Posted by Patrick Bromley at 5:00 AM