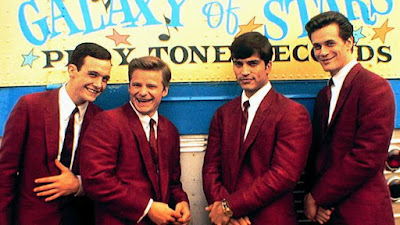 What we are saying is that, in this house, we only like three things. We will now share with you, Gentle Reader, our ideas for things to eat and drink during F This Movie Fest. This is predicated on the notion that, if we don’t tell you, you will waste your precious time on March 5 wondering what we are drinking and eating, and then you will spiral into madness.

Mars Attacks: Teepee made of Donuts with a “Flaming, Screaming Alien” 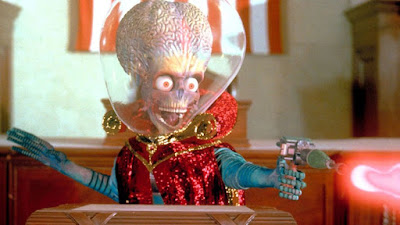 EATS: Get good donuts. Now stack them into a teepee, because “it’s better in a lot of ways.” 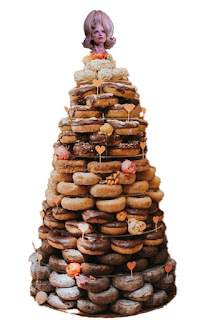 Pour Amaretto into a shot glass. Pour rum over a spoon over the top. Carefully light the top. Some suggest dropping the whole thing into a half-pint of beer and chugging it down. I will blow out the flame and drink it down quickly, sans beer; but you do you! “Don’t run, we are your friends.”

The Rock: Avocado Toast on Sourdough with Whiskey on the Rocks

BITES: Use “gas-ball green” avocado and a squeeze of lime on San Francisco sourdough bread. Put it on your best dishes…

“Monkey Shoulder [...] is a superb, blended malt whisky from William Grant, made with single malts from three famous Speyside distilleries. The result is a smooth, creamy, supple, and very malty Scotch which works superbly well neat, over ice, or in whisky cocktails.” 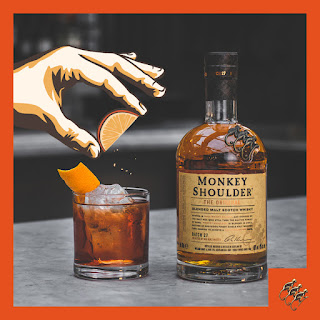 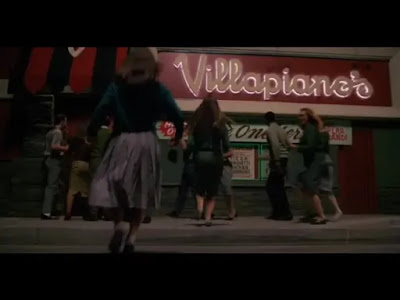 Toss the shrimp in Old Bay. Wrap each shrimp in a half-slice bacon, then put onto a wooden skewer that’s been soaked in water. Brush with BBQ sauce and throw the skewers onto a grill (or under a broiler.) Keep turning and brushing until they’re done, then slide them off the skewer with a fork. We actually serve these all the time for patio parties and, trust us, it’s impossible to make too many.

If this sounds like too much work, just order pizza from Villapiano’s, out by the airport. #Proofofpizza

Pour all ingredients into a cocktail shaker with a handful of ice. Shake vigorously, strain into a martini glass. Garnish with a fresh peach slice. “Best in the Southland!”

INGEST: Do you have a skull-shaped bowl? Fill that with Terra Blues, which are purple and made from sweet potatoes, just like Billy Zane. Dip them in this “Bengalla” Island Queso from baconfatte.com, which sounds amazing – here’s a link to the recipe. (https://baconfatte.com/island-queso-cheese-dip/) 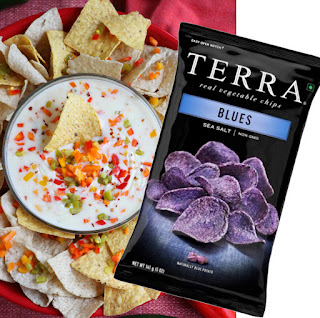 Shake all ingredients with ice. Strain into a tall glass over fresh ice, then float 1/2 ounce of 151-proof rum on top. Garnish with a maraschino cherry and pineapple spear. The Phantom cautions, “Only drink one of these!”

From Dusk ‘til Dawn – “Stake” Tacos with a “Bloody Maria” 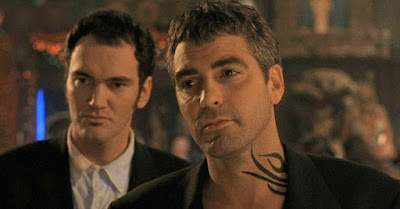 UNA COMIDA: Look. LOOK. We are not going to insult you by telling you how to make a steak taco. How would we know how you like your tacos? You can get them at Taco Bell, or a truck, or your town’s nicest taqueria. You got that “stake” meant “steak,” right? You could also use chicken. Take advantage of the fact that you are not a miserable vampire, and go get whatever tacos you like.

UNA BEBIDA: The following recipe is courtesy of Sonja and Alex Overhiser at acouplecooks.com. 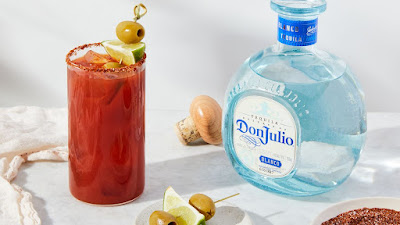 To serve, fill a shallow dish with Old Bay seasoning (We told you.) Cut a notch in a lime wedge, then run it around the rim of a glass. Dip the rim into the Old Bay. To each glass, add 2 ounces (¼ cup) of tequila and ½ cup of Bloody Maria mix and stir gently to combine. Fill the glass with ice and add the garnishes. Squeeze in the lime wedge before serving.

Independence Day — Hero Sandwiches and a “Welcome to Earth!”

CHOMPS: Webster’s Dictionary defines “hero” as “a person admired for achievements and noble qualities.” Webster’s defines “hero sandwich” as “a sandwich that is made by splitting a long roll and filling it with meat, cheese, etc.”

Your “hero” can be hearty, like Captain Steven Hiller; or kind of cheesy but still awesome, like President Thomas J. Whitmore. It can be odd but likeable, like MIT-educated satellite engineer David Levinson; or completely nutty, like Russell Casse.* This movie is FULL of heroes, and by the end of F This Movie Fest, you should be too.

QUAFFS: What we have named the “Welcome to Earth!” is really a Wisconsin Old-Fashioned, as prepared by Anders Erickson. Here’s a link to how it’s made:

Why a Wisconsin Old-Fashioned? First, JB says Independence Day is kind of an “old-fashioned” movie, because it follows the highly-effective “disaster movie blueprint” perfected 20 years before Independence Day was made.

But even more so because JB says muddling the fruit in the typical Wisco style reminds him of Will Smith punching the alien: “WELCOME (smash) TO (smush) EARTH!!! (Punch that fruit into a pulp.)

* Scene from the Couch:

FIN
Posted by Patrick Bromley at 4:00 AM