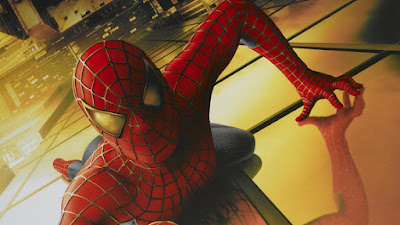 Nominated for “Favorite Male Butt Kicker” (Tobey Maguire) at the Kids’ Choice Awards. He lost to Jackie Chan in The Tuxedo.

• Best Scene/Moment: I almost want to pick Willem Dafoe acting like a lunatic at Thanksgiving dinner but of course I must go with the iconic Tobey Maguire/Kirsten Dunst upside-down kiss. It’s one of the best moments ever put in a superhero movie.

• Best Song: If you would have asked me between 2002 and 2021, I probably would have said Chad Kroeger and Josey Scott’s “Hero,” which is a song that gets dunked on, but I’ve always liked. Nowadays, I’ll go with Pete Yorn’s “Undercover.” All three soundtracks for the Sam Raimi Spider-Man movies are fantastic. I still listen to them several times a year. And that Danny Elfman theme! How great is that?! I changed my mind…the best song is “Hero.”

• Best Merch: Tobey Maguire’s ensemble from the scene where he’s flirting with Kirsten Dunst before saving her from being mugged. It’ll set you back $4,999.99. The seller describes it as a “...sure fire great Hollywood investment.” 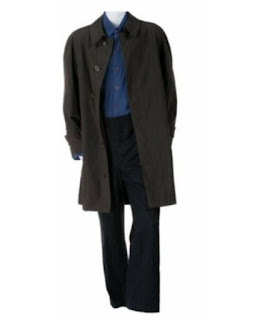 • Director Check: Spider-Man was directed by one of my favorite filmmakers, the great Sam Raimi. Raimi achieved cult movie acclaim as the man behind The Evil Dead in 1981, followed by Evil Dead II six years later. Raimi’s first studio outing was the 1990 superhero film Darkman. On the heels of Darkman’s success (mostly on video and cable), Raimi got a studio budget for the Evil Dead sequel Army of Darkness, which, like most of Raimi’s work, has gone on to become a classic. Next, Raimi began to stretch out of the horror and superhero genres with films such as The Quick and the Dead, A Simple Plan, For Love of the Game, and The Gift to varying success critically and financially. Then came Spider-Man, which was unequivocally his greatest mainstream hit to date. He followed it with two blockbuster sequels, 2004’s Spider-Man 2 and 2007’s Spider-Man 3. After that run, Raimi returned to his Evil Dead roots with the awesome and underrated Drag Me to Hell and the disappointing Oz the Great and Powerful in 2013. After a 9-year break, Raimi is returning next month with the latest entry in the Marvel Cinematic Universe: Doctor Strange in the Multiverse of Madness. I wish it were Spider-Man 4, but I’ll take any Sam Raimi I can get.

• Year 2002 Movies to Trailer Before It: The New Guy, The Scorpion King, Star Wars: Episode II - Attack of the Clones 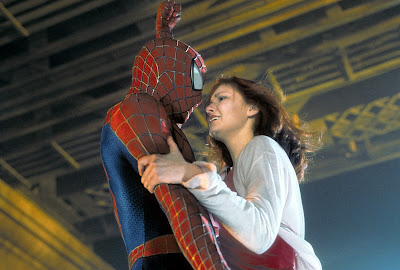 • Mall Movie? I’m going to say yes because a superhero movie would still play at the mall in 2002.

• Only in 2002: Macy Gray headlining the World Unity Festival.

• I Don’t Miss: The extras in Sam Raimi Spider-Man movies. The people, not DVD extras.

• 2002 Crush (tie): Kirsten Dunst and James Franco man crush. I thought he was super cool back then. I was incorrect. 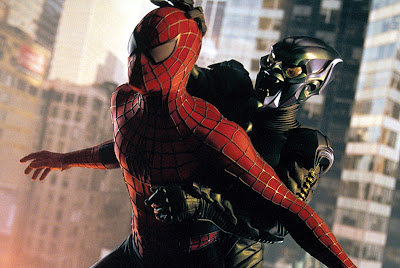 • What I Thought in 2002: It was love at first sight. I went back to see Spider-Man multiple times during the summer of 2002. It immediately became my favorite superhero movie (later to be unseated by Spider-Man 2) and one of my all-time favorite summer blockbusters. I appreciated how much it worked first as a character-driven coming-of-age story.

• What I Think in 2022: Over the years, Spider-Man has become a movie that means a lot to me. In addition to being extremely entertaining and a great hangout movie with characters I love, I’ve always read Spider-Man (and Spider-Man 2) as very moving depression allegories. It’s like if Chicken Soup for the Soul were superhero movies.
Posted by Patrick Bromley at 5:00 AM