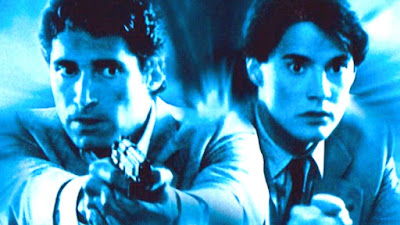 One of my favorite "that guy" directors.
Editor-turned-director Jack Sholder is one of the great journeymen filmmakers of genre cinema. He's someone most casual movie fans probably don't even know by name, but the real nerds among us recognize immediately as the guy behind some of our favorites of the '80s. I often love "that guy" directors even more than most celebrated auteurs and Jack Sholder is no exception. 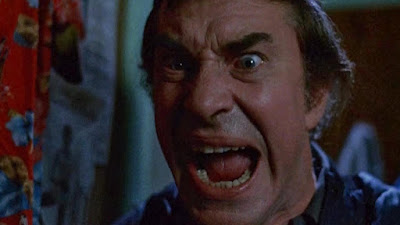 Sholder's first feature as director following his career as an editor was a horror movie he cooked up for Bob Shaye and New Line Cinema in the wake of Friday the 13th's success. The film, which tells the story of four escaped mental patients who descend upon a suburban home during a blackout, has an incredible cast that includes Martin Landau, Jack Palance, Donald Pleasance, and Dwight Schultz. The actors are having a great time and Sholder proves adept not just at creating a taut horror film (as his background in editing might predict), but also controlling a darkly funny tone throughout the film without sacrificing suspense in the process. Hard to see for a number of years, the film was recently rescued thanks to a Scream Factory Blu-ray.
2. A Nightmare on Elm Street 2: Freddy's Revenge (1985) Sholder graduated to the big leagues when New Line took a chance and hired him to helm the follow-up to the movie that helped build the studio. It's a tricky movie to talk about as it was a punchline for so long, not necessarily because of all its homoerotic subtext but because Sholder claimed ignorance about all of it, making for a disconnect that fans found amusing. The years have been kind to it, not just because that same subtext has been explored in greater depth (thanks to documentaries like Scream, Queen!) but also because the fanbase has come to appreciate the things that Freddy's Revenge does differently than the other entries in the series. It breaks some of its own rules, sure, (like Freddy in the real world), but it's genuinely trying to be scary and not overly quippy. Sholder deserves credit for taking the material seriously and delivering a dark and psychological Nightmare on Elm Street movie, maybe the last one until New Nightmare.
3. The Hidden (1987) 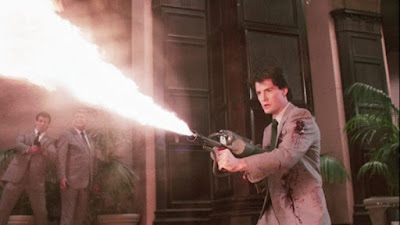 I am Jack's masterpiece. Sholder's best movie is a non-stop sci-fi actioner in which Michael Nouri's cop is teamed with Kyle Maclachlan's oddball FBI agent to chase down an alien that keeps passing from host to host. A propulsive pace (Sholder's background as an editor really shows here) and offbeat sense of humor, coupled with the smart screenplay by Bob Hunt, make The Hidden a true gem of '80s genre cinema. This one alone should have gotten Sholder work for the next 10-15 years, but it came up short at the box office and was destined to find its cult audience on video.
4. Renegades (1989) 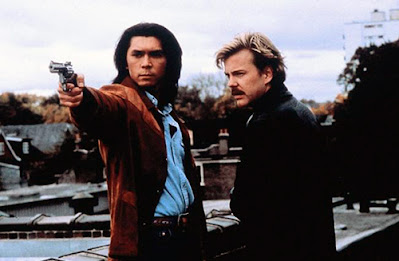 Sholder claims he made 1989's Renegades specifically because he needed to make another movie to keep his career going. That's exactly what makes it so special. This is the sort of mid-budget genre programmer that a journeyman filmmaker like Sholder can and does crush, casting Keifer Sutherland as a cop and Lou Diamond Phillips as an Indigenous man who team up to take down the criminals who stole a sacred spear and killed Phillips' family. There's maybe nothing remarkable about Renegades except how effectively workmanlike it is, filled with stunts and practical pyrotechnics and car chases and all the things that once made movies like this so cool but have been bled out of cinema since the 1990s. Even if his entire filmography was made up of movies like Renegades, Sholder would still be one of the best "that guy" directors of all time.
5. By Dawn's Early Light (1990) 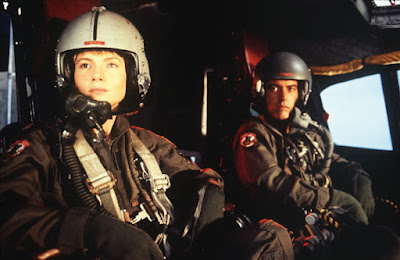 In some ways, this critically-acclaimed made-for-HBO drama feels like Sholder's only real stab at mainstream respectability. On the other hand, it's still kind of a genre piece -- a '50s-style paranoid thriller about the threat of world war set primarily in cockpits and boardrooms. The movie once again demonstrates Sholder's efficiency as a filmmaker, as he gets a lot of mileage out of only a few claustrophobic locations and covers huge swaths of complicated story without ever losing the viewer. The excellent cast includes Powers Boothe, Rebecca DeMornay, Martin Landau, Darren McGavin, Jeffrey DeMunn, James Earl Jones, Peter MacNicol, and Rip Torn, all killing it with fairly limited screen time.
6. 12:01 (1993) Jonathan Silverman and Helen Slater star in this time bounce movie that might be accused of stealing from Groundhog Day if it hadn't come out the same year as Groundhog Day (plus it's based on a short story from 1973 and a 1990 short film, so there's no doubting its originality). Less a Groundhog Day-style existential comedy and more of a race-against-the-clock adventure with a sci-fi bent, 12:01 finds Sholder working in television once again, predicting what would more or less be the rest of his career. He brings the same light, poppy, energetic touch he brings to all of his genre work.
7. Wishmaster 2: Evil Never Dies (1999) 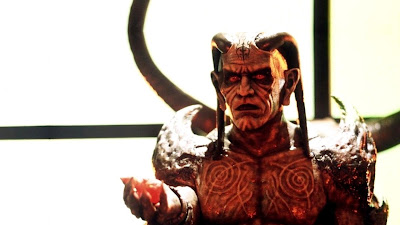 The back half of Sholder's filmography is made up mostly of made-for-TV movies, DTV movies, and episodic television. While Wishmaster 2 might not be the best of them all (there are still a few projects and TV episodes I need to see), it's maybe the most noteworthy because it's an entry in a popular franchise and another instance of Sholder taking on the second installment in a horror series, though this time to less success. This is also one of the few times the director also wrote the screenplay, which finds Andrew Divoff's Djinn returning to wreak havoc on the life of a jewel thief and even going to Las Vegas to fuck some shit up. Sholder tries to keep things lively, as is his way, but he's sequelizing a movie he didn't even like (his words) and it kind of shows. Divoff is still having a good time and the practical effects are cool (the digital ones are not), but rather than going darker and scarier like he did in Freddy's Revenge, Sholder leans into silliness and stupidity. He would only make a couple of films after this and then retire. To be honest, I'm glad he didn't go out on Wishmaster 2. Of course, I haven't seen 12 Days of Terror. 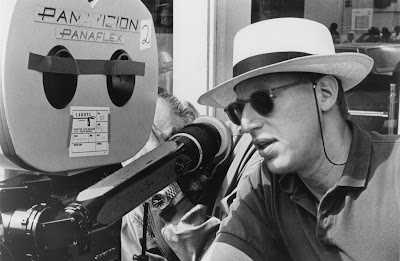 Email ThisBlogThis!Share to TwitterShare to FacebookShare to Pinterest
Labels: a nightmare on elm street 2, alone in the dark, director essentials, jack sholder, renegades, the hidden, wishmaster 2