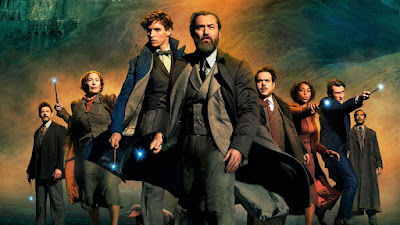 Not with a bang but a whimper.

Harry Potter and the Sorcerer’s* Stone is a tale as old as time, a classic hero’s journey about a misbegotten young orphan who discovers that he is the heir to an ancient power. That power is rooted in a world beyond his imagination, an entire universe of magic and wonders populated by new allies and dangerous adversaries through which Harry will eventually meet his noble destiny. As Harry grows throughout the series, that universe rises to meet him, expanding in fascinating directions that directly parallel his development from callow boy into righteous hero: The school-age hijinks of the first two novels give way to The Prisoner of Azkaban, which brings Harry face-to-face with his family’s legacy for the first time. The Goblet of Fire is a puberty story chronicling Harry’s tumultuous foray into adolescence. The Order of the Phoenix is about teenage angst, about the frustration we feel when the adults around us won’t listen. It all culminates with The Deathly Hallows, in which Harry (literally) vanquishes his childhood trauma and transforms from a boy into a man. 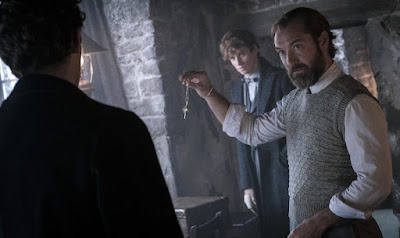 While there’s no doubt that the Wizarding World J. K. Rowling built around her hero is captivating — especially when coupled with the sights and sounds of the Warner Brothers film adaptations — it has always been just that: A setting in which human drama can transpire, an outlandish universe meant to accentuate the mundane trials of everyday life. In stories such as these, audiences need a surrogate, someone through whom they can live out their own dreams and confront their own fears about the unknown. They need someone who can put things in context, someone who can imbue Quidditch games, Yule Balls, and Every Flavor Beans with some emotional resonance. Without that character to anchor them, audiences are adrift. Even the most bombastic wand duels and most charming magical creatures can’t create drama where none exists. Therefore, it was absolutely crucial that the Fantastic Beasts prequelseries focus on magizoologist Newt Scamander’s (Eddie Redmayne) own hero’s journey, his own Matrix, his own Hunger Games, his own Star Wars.

Instead, the Fantastic Beasts trilogy — which culminates this week with The Secrets of Dumbledore — is an unruly slog, a directionless trek through a world we vaguely recognize but for which we have zero emotional investment. Picking up where the Star Wars prequels left off, it’s a series of overstuffed would-be adventures that lack that centering force of character, that unique point of view that might have helped us wade through all the obtuse politics and sinister grandstanding. There’s zero doubt that Newt Scamander had the makings of a compelling protagonist: The sheepish and mildly-autistic Hufflepuff’s mission to research, catalog, and protect magical creatures is the perfect catalyst for stories that would add texture and history to the Wizarding World in which Harry Potter would later live. But rather than developing Scamander as a protagonist, Rowling and co-writer Steve Kloves almost immediately background him in favor of Albus Dumbledore’s (Jude Law) rivalry with the uncompromising wizard Hitler, Gellert Grindelwald (Mads Mikkelsen). 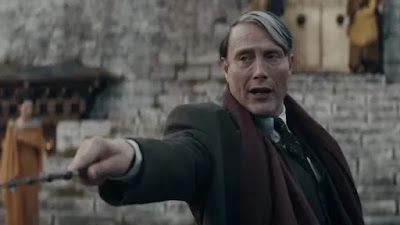 This final adventure finds Dumbledore — restricted by a spell that prevents him from acting against his former lover directly — guiding Scamander and his magical friends through a series of convoluted missions meant to find Grindelwald and undercut his efforts to become the democratically-elected leader of the Wizarding World. Dumbledore haunts the edges of nearly every scene, passing crucial clues and magical trinkets to our heroes while keeping them — and, by extension, the audience — totally unaware of his larger scheme. It’s a needless and frustrating bit of story-lengthening justified by Grindelwald’s possession of a Qillin, a creature whose blood shows him glimpses of the future. The Qillin is conveniently also the centerpiece of an election ritual meant to single out potential leaders who are pure of heart. How this concept coincides with conventional vote-tallying is never clarified, but it never matters. The Qillin is merely a MacGuffin that will bring the characters together for a grand and ultimately anticlimactic mountainside confrontation. 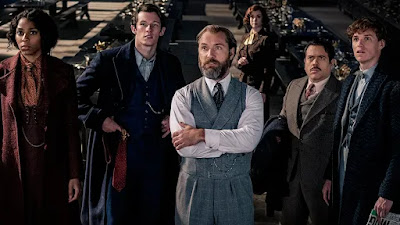 Like the two Fantastic Beasts films before it, The Secrets of Dumbledore hopes to coast on the good will we feel toward the Harry Potter franchise. It hopes that you won’t think too hard about its labyrinthine plotting or its empty dramatics. It hopes you won’t notice that its characters barely develop beyond their initial sketching, that they’re little more than charming archetypes scampering through quests that lack real momentum, efficacy, or catharsis. It hopes that references to familiar characters and locations will be enough to satiate nostalgic Potter fans looking to live in their favorite world a while longer, to return to the comfort of Hogwarts and finally experience the legendary moments in Wizarding history to which previous entries have only alluded. And while there are a handful of fun moments scattered throughout the trilogy — notably from Redmayne, who earnestly tries to make Scamander a character — Fantastic Beasts is ultimately a cynical cash-grab that neglects the basic storytelling principles that made the Harry Potter series so special.

*”Philosopher’s” for our more refined, non-American friends
Posted by Patrick Bromley at 5:00 AM