Treat yourself to one of these exciting double features curated by Patrick and Adam!

Patrick: I love Adaptation! One of Nicolas Cage’s best performances because he does two of them. Obviously, it was very difficult for me to not program another Nicolas Cage movie in my slot, but I thought it would be fun to go another way and watch one of the many movies in which JCVD plays multiple roles. Are you a Double Impact fan? I am for sure, even though it’s such a product of its time.

Adam: I’m surprised it took us this long to get to a twin twin bill. I need to revisit Double Impact. It’s never been one of my favorite JCVDs, but pairing it with Adaptation sounds fun. Plus, I recently revisited another JCVD twin movie (Maximum Risk) and loved it so maybe the time is right.

Adam: This pairing feels like it would be a great night at the movies. I never saw Party of Five when it was on TV (the cast was too attractive). Who was the fifth? I know there’s Wolf, Fox, Campbell and Chabert. Jennifer Love Hewitt? She wasn’t in the family, but was she the fifth?

Patrick: I’m embarrassed to admit that I’ve never thought about that and have no idea where the “Five” comes from. Like you, I’ve never seen an episode of the show. This would be a sweet double feature, though. Go is really good! 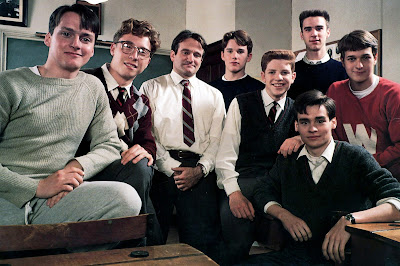 Adam: Haha. I love your DPS disdain. I’ve been meaning to watch that movie since 1989 and never have. In fact, at the beginning of the pandemic I borrowed Dead Poets Society from someone and eventually gave it back to them over a year later because I still hadn’t watched it. Election rules. I’ll take any opportunity to re-watch that movie. I might be most excited for the Van Halen video.

Adam: Tim Robbins rules. I especially like his early career in the ‘80s when filmmakers were often casting him as goofy lunkhead types. I’m excited to revisit The Sure Thing. I saw it once about 10 years ago (when I was recovering from having my wisdom teeth taken out) and it was just the medicine I needed. I’ve never heard of Fraternity Vacation, but it seems like the right B-movie to play as the second feature.

Patrick: Fraternity Vacation is exactly what it sounds like, and only memorable for appearances by future horror icons Barbara Crampton and Kathleen Kinmont. So far, I want to watch all of these double features. 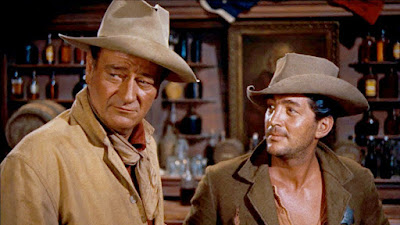 Patrick: I’m on a big western kick these days, so I couldn’t resist making this into a western double. Rio Bravo is one of the best westerns ever made, and it was really hard not to program Assault on Precinct 13 in the second slot but then I remembered the New Beverly just did that exact double. I only saw No Name on the Bullet for the first time last year (on the recommendation of Joe Dante on a podcast) and it’s terrific. I don’t know if it sold me on Audie Murphy as a movie star (especially as a villain), but the movie is so good that I don’t care. Plus, it’s shorter and more modest than Rio Bravo (which RULES), so it will play like the B picture that might have really played back in 1959.

Adam: I don’t know much about The Seven Ups (do you recommend it?) so I went to Wikipedia and saw one of its categorizations was '70s Chase Films and I went with that. I decided to pair it with The French Connection (which is amazing), so this could also be a Roy Scheider double feature.

Patrick: I do recommend The Seven Ups! It’s not The French Connection, but it’s a great ‘70s cop movie. For some reason it took me a long time to realize how much I love Roy Scheider. I think he’s one of those guys that makes it look easy so I couldn’t see how much he rules. This is my shame. 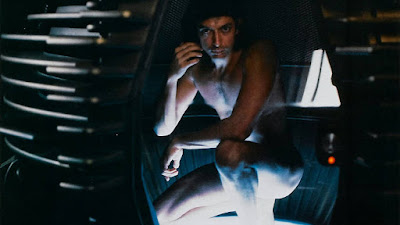 Patrick: The production slate for Brooksfilms was bananas. They didn’t make a ton of movies and most of them were Mel Brooks movies, but when they branched out and worked with other filmmakers they did interesting things (and, in the case of Solarbabies, disastrous things). I love that Mel Brooks was giving budgets to David Lynch and David Cronenberg to make bigger movies inside the studio system without compromising who they are.

Adam: Brooksfilms is such a neat little part of film history. I second everything you said. I think these two movies will play well together.

Adam: I initially thought of doing a long comedies double feature (with Inherent Vice) but pivoted to a celebration of directors Stanley Kramer and Wayne Kramer. This will finally give me the opportunity to see It’s a Mad, Mad, Mad, Mad World (which JB has been praising for years) so I’m excited. I thought Running Scared would be a good pairing because that at Mad Mad are manic. 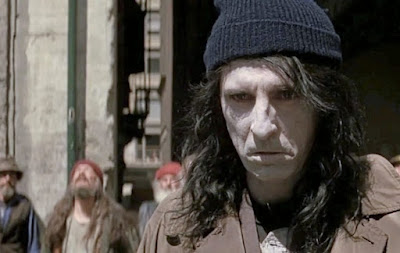 Patrick: This is an odd double, but I like when we allow some weird aspect of a movie dictate the rest of the program. In this case, I was so taken with the mirror effects and trick photography in Last Night in Soho that I wanted to build a double feature around them. How good is Last Night in Soho by the way?

Adam: My boy with his mirrors. I love it. This is a really good double feature! Last Night in Soho is endlessly rewatchable and I’m looking forward to seeing Prince of Darkness again. I’ve only seen it once and barely remember any of it.

Adam: How about some Hollywood Pictures romantic comedies? I hope this is the viewing I turn the corner on While You Were Sleeping. I don’t like that Sandy B. is lying to that nice family. Also, I’m all about Ally Walker so it’s like “Sandra who?” Have you ever seen Gun Shy? I remember it being out for rent when I worked at Blockbuster Video and was stunned it didn’t get a bigger theatrical release with its cast (Liam Neeson, Sandra Bullock, Oliver Platt).

Patrick: I hope you find a way to enjoy While You Were Sleeping someday because it’s a really good entry in a genre with too few good entries, but I understand if you can’t. I wish fewer romantic comedies depended so much on deception. I know I’ve seen Gun Shy at least once but don’t remember it. Most of my memories come from seeing the trailer before every single thing I saw at AMC in ‘99 and 2000, which was A LOT. Erika and I still make Narcosleepy jokes to this day just based on that trailer.
Posted by Patrick Bromley at 8:37 AM