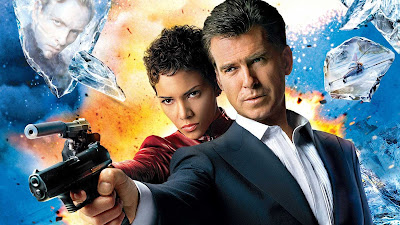 Nominated for “Cinescape Genre Face of the Future” (Rosamund Pike) at the Saturn Awards.

• Best Scene/Moment: I’ll go with the pre-credits action sequence which is exciting and ends in a surprising way with James Bond being captured.

• Best Song: It’s not “Die Another Day” by Madonna. Oof. This one’s easy: “London Calling” by The Clash.

• Best Merch: A Halle Berry “Jinx” Barbie doll for $200.00. It doesn’t really look like her but it’s cool this exists. Remember when Jinx was supposed to get her own spinoff movie? 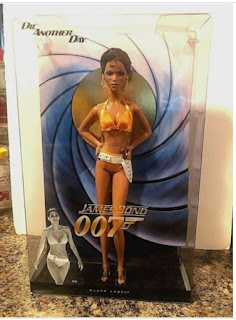 • Director Check: Die Another Day was directed by Lee Tamahori, who has an eclectic filmography when you look at it as a list. He broke out in 1994 with the buzzy indie drama Once Were Warriors. Following that film’s success, Tamahori made the jump to Hollywood genre fare directing 1996’s Mulholland Falls, 1997’s The Edge and 2001’s Alex Cross sequel Along Came a Spider. Die Another Day was next and his most high-profile work to-date. After this Bond entry’s mixed reception (it’s one of those movies that made a lot of money and very few people liked), Tamahori stayed in the over-the-top spy game with the 2005 sequel xXx: State of the Union, which I saw opening night and remember being kind of fun. Next came…Next starring Nicolas Cage, followed by a couple of independent features: 2011’s The Devil’s Double and 2016’s The Patriarch. Tamahori’s latest is this year’s Emperor starring Adrien Brody, Paz Vega and Oliver Platt.

• Year 2002 Movies to Trailer Before It: Austin Powers in Goldmember, The Bourne Identity, I Spy

• Mall Movie? No. Bond movies might eventually play the mall late in their run, but they don’t start out as mall movies.

• Only in 2002: Halle Berry (coming off an Academy Award win earlier in the year for Monster’s Ball) basically being the co-lead to Pierce Brosnan in a James Bond movie.

• I Miss: Michael Madsen in Bond movies. What is he doing here? I’m fascinated by this. 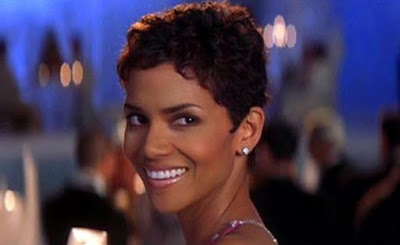 • What I Thought in 2002: I wasn’t much of a Bond fan before seeing Die Another Day (at that point I had seen every Bond film that was new in theaters going back to License to Kill but none of the older titles). For some reason on that Thanksgiving weekend night in 2002, this was the one that clicked for me. I began to really like Bond movies after seeing Die Another Day. I have no idea how that happened. It was a magic screening. I guess I’m thankful to Die Another Day for making me a fan of the franchise, but still sort of surprised THIS was the Bond movie that did it for me.