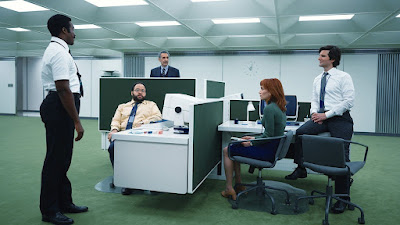 Movies to watch while you’re waiting for Season 2 of Severance on AppleTV+.

This is a website about movies. Therefore, for legal reasons, this is NOT an article about a TV show. But also… it kind of is. Because I have recently binged all of the Ben Stiller-helmed show starring the likes of Adam Scott, John Turturro, Patricia Arquette, Zach Cherry, and Britt Lower and now my brain is twitching through withdrawals as I await season two, which has been confirmed but probably won’t even start filming still later this year. What to do? Well, when you’re trying to figure out how to shoehorn a column about a TV show into a website about movies, you compile a list of movies that might help fill the void!

If you have not yet watched Severance, there are mild conceptual spoilers ahead but nothing more than you’d get watching an interview with one of the stars on a late night talk show or something. You could also just ignore the Severance connection and just take this as a list of movie recommendations! See, I told you this is an article about movies.

If you’ve watched even three minutes of this show or read about the basic concept, the first movie that probably comes to mind is Terry Gilliam’s Brazil. So I’m not cracking a code by putting this one on the list, but I don’t think the list would be complete without it. In case you need a refresher or haven’t seen the movie, it takes place in a dystopian bureaucracy where there are large office buildings and endless paperwork and completely incompetent people working for a system that they only vaguely seem to understand. Severance is almost certainly inspired by it, and it’s just required viewing for anyone who enjoys a good dystopian workplace satire. 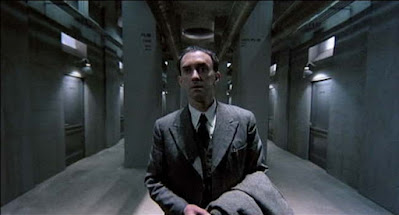 Likewise, I’ve seen other folks mention Being John Malkovich as a reference point—there’s a portal into a person’s brain and while you’re inside, you theoretically control the man. There are also characters who work in a fairly bleak, nondescript office building too, and they’re trying to get their kicks by living someone else’s life even if it’s just for 15 minute intervals. In Severance, the characters have made a choice to separate their work self from the rest of their consciousness, but the work self doesn’t seem to have much control over the situation so it becomes another kind of subjugation.

Then there’s The Truman Show, which features a powerful corporation led by a visionary but immoral rich dude who has managed to choreograph and control every aspect of a man’s life without him realizing it. And then when he does start to notice something’s wrong, all hell is unleashed to try and maintain that control over Truman. On Severance, the “innies” (the show’s nomenclature for the characters while they’re inside the office) may have accepted that things are just this way for a few years, but when events coincide to erode their trust in the company they work for, company leadership scrambles to keep up with their newly awakened interest in what’s really going on down there.

The “Work sucks, I know” Ones

Let’s start with an oldie but a goodie: Modern Times from Charlie Chaplin. This movie shares some DNA with Severance, because it’s got some funny moments for sure but when you stop and think about it, that humor is being squeezed out of pretty dire realities that workers deal with on a regular basis. Both the movie and the show portray workers being exploited or treated like another cog in the machine, with no real meaning to be gained and potentially dangerous consequences if you decide to stop complying. 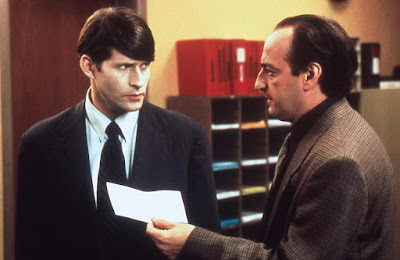 A more obscure but equally great example of workplace satire? Bartleby (based on the Herman Melville story), starring Crispin Glover and David Paymer. In this film, the title character gets hired to work in an office and starts out as a super productive employee. Then one day, he’s assigned a task and instead of doing it with his usual aplomb, he simply says, “I would prefer not to.” Before long, this is his response to every request from his boss. If you’ve seen Severance, you might understand why the character Helly reminds me a bit of Bartleby.

My next recommendation might sound out of left field but hear me out: Multiplicity. In this supremely silly movie, Michael Keaton can’t seem to keep up with both his work and his domestic responsibilities, so he clones himself and makes his clone do the stuff he’s not interested in. But then eventually that clone decides he shouldn’t get stuck with all the crappy stuff, so he clones himself and of course this pattern repeats a couple more times, ending up with a lot of ridiculousness. But let’s get back to that original premise: How great would it be if you could have true work-life balance, where you fully engage at home and at work? And the you at home didn’t even have to THINK about work? Oh wait. Now we’re describing Severance, aren’t we?

The “double vision gets the best of me” ones

The premise of Severance does not seem to imply actual doubles or doppelgangers (at least, not so far). But there’s still this underlying thread of duality, splitting the self into separate halves that don’t really communicate with one another or even remember each other. When there’s a person who looks the same on the outside but depending on what part of the brain is turned on may behave very differently… well, that’s when things get interesting. So let’s talk about movies where something similar takes place.

First up, An American Werewolf in London. Oh yeah. We’re going there. Do I think Lumen employees are secret werewolves? No. But like werewolves, their inner and outer selves exist as separate entities and sometimes the choices their other self makes directly impact the self that is not in control at the time. So yeah, this could be a reach but also it’s a really great movie about compartmentalization and mental distress. Plus I just gave you an excuse to watch this classic again. You’re welcome. 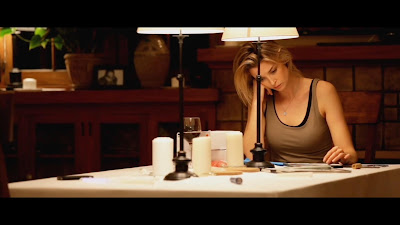 Next, a movie that I don’t want to talk about too much but trust me, it’s relevant: Coherence from 2013. A comet, quantum mechanics, and the hope of maybe figuring out “What if there’s a chance I would be happier if I’d made different choices?” As a bonus, Lorene Scafaria (director of Hustlers and Seeking a Friend for the End of the World) co-stars in this indie sci fi. 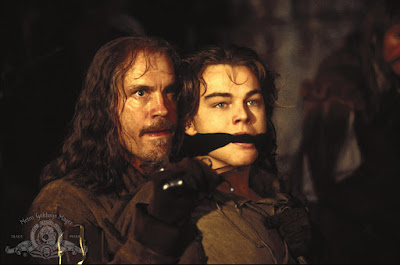 I used to be a little bit obsessed with The Man in the Iron Mask. I mean, it’s got not one but two characters played by Leonardo DiCaprio at his peak late '90s hearthrobness; plus the aforementioned John Malkovich, Jeremy Irons, Gabriel Byrne, and even a young Peter Sarsgaard! The plot, in case you’re unfamiliar, finds a willful young King Louis XIV doing increasingly damaging things with his power. This inspires the Musketeers to free a mysterious prisoner and train him how to be royalty… because technically, he is. He’s the king’s twin brother, but he was exiled as a child to avoid the monster of all sibling rivalries. Now, the musketeers want him to replace his awful brother and they hope to put his brother in the mask and imprison him. This movie resonates with a particular character’s arc in Severance, a character who desperately wants out of the severed existence but receives a pointed message from the “outie” version: “You are not a person.”

The “Adam Scott can get it” ones

Listen. No judgment here. Sometimes you just need some Adam Scott in your life. Here are a few of his movies you may or may not have seen before. Friends With Kids is a super underrated romantic comedy in which Adam Scott and his best friend (played by this movie’s director, Jennifer Westfeldt) decide to start an unconventional family together despite claiming they’ve never had romantic feelings for each other. Hmm, how will this end? We wonder, never having encountered a rom com before. But really, this is one of the good ones. I love their chemistry and I also love the supporting cast, which includes Jon Hamm, Maya Rudolph, Megan Fox, Edward Burns, Kristen Wiig, and Chris O’Dowd. 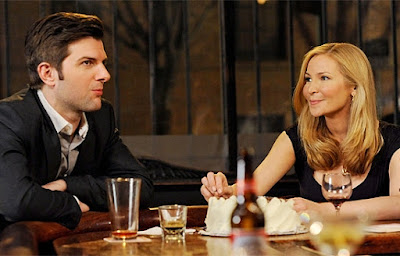 The Overnight is super silly but also hilarious if you have a bawdy sense of humor (which I do). In this one, Adam Scott is husband to Taylor Schilling (of Orange is the New Black), and they are parents of a young boy. When they meet another couple (Jason Schwartzman and Judith Godreche) with a son the same age, they arrange a play date that turns out to be just as much fun for the adults as the kids. Skinny dipping, substances, and strange artwork are just a few key ingredients in this frothy romp that explores just how far some people will go to prove they’re still cool even though they’re married with a kid.

I feel like 1500 words is probably enough words, but here are some other titles you might enjoy for various reasons if you like Severance:
• Kaboom
• The One I Love
• Toys
• Ruby Sparks
• The Adjustment Bureau
• Cam
• Don’t Tell Mom the Babysitter’s Dead
• Sorry To Bother You
• Primer (although unfortunately Shane Carruth is a shithead)
• Kajillionaire
• Eternal Sunshine of the Spotless Mind
• Enemy
• Happy Death Day
• The Stepford Wives (original only)
• Anomalisa
• Never Let Me Go
• Sleeping Beauty (2011 one, not the fairy tale)
• Conspiracy Theory

Now, if you don’t mind, I’m off to find an internet message board with theories about baby goats.
Posted by Patrick Bromley at 5:00 AM

Email ThisBlogThis!Share to TwitterShare to FacebookShare to Pinterest
Labels: an american werewolf in london, brazil, coherence, friends with kids, modern times, multiplicity, severance, the man in the iron mask, the overnight, workplace movies