2K Replay: ABOUT A BOY 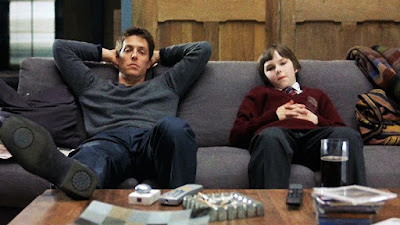 Winner of “Overlooked Film of the Year” at the Phoenix Film Critics Society Awards.

• Best Scene/Moment: The scene where Hugh Grant’s character celebrates Christmas with other people (instead of by himself as usual) and gets the warm & fuzzies realizing how nice it is to share the holiday.

• Best Song: This is difficult because I adore the soundtrack to About a Boy by Badly Drawn Boy. If I have to pick one, I would go with “Something To Talk About.”

• Best Merch: There’s a seller on eBay who makes hand-made romance movie bookmarks for $7.92! About a Boy is one of the films you can choose from. I need a You’ve Got Mail bookmark. 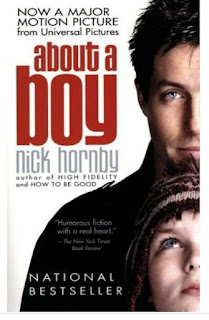 • Director Check: About a Boy was directed by the directing team of brothers Paul & Chris Weitz. Their debut feature together was the sleeper hit American Pie (Paul was credited, Chris uncredited), followed by the Chris Rock comedy Down to Earth in 2001 (it rented well when I worked at Blockbuster). The following year the brothers Weitz directed About a Boy, which was a box office hit and well-reviewed. After About a Boy, Paul and Chris Weitz split and started directing movies individually, with Paul following up About a Boy directing the awesome In Good Company and Chris the far less awesome The Golden Compass. Some of Paul’s other works include Little Fockers, Admission, and 2021’s Netflix Kevin Hart vehicle Fatherhood. Chris went on to direct films such as The Twilight Saga: New Moon, the underseen Demian Bichir drama A Better Life, and 2018’s Operation Finale. Paul’s most recent film is an upcoming 2022 release called Moving On starring Jane Fonda, Lily Tomlin, and Malcolm McDowell, which will premiere next month at the Toronto International Film Festival. Chris is the writer and producer on this year’s Robert Zemeckis adaptation of Pinocchio, which premieres on Disney Plus this September.

• Double It with This 2002 Movie: Two Weeks Notice 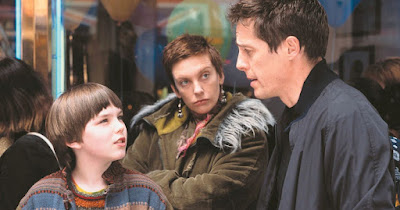 • Year 2002 Movies to Trailer Before It: Maid in Manhattan, Mr. Deeds, My Big Fat Greek Wedding

• Draft Day or About a Boy? Draft Day

• Mall Movie? No, this would play at the classy theater since it’s a StudioCanal/Working Title Films release. They wouldn’t know what to do with those at the mall.