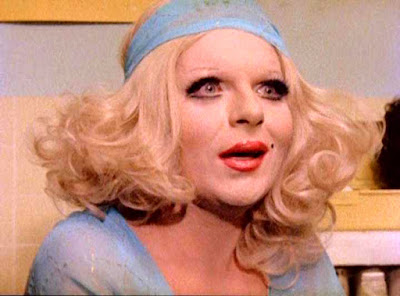 Everything I watch aids in my existential crisis.

I can't escape it. I'm currently looking at my diary on Letterboxd and literally every single thing I've watched in the past week screams I-D-E-N-T-I-T-Y to me. I'm going to list everything to start: 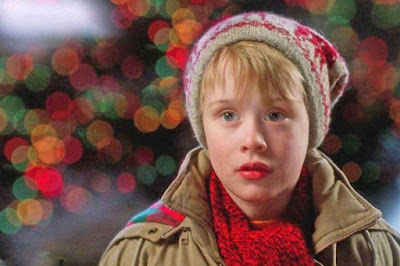 All of these – yes, even Home Alone – have an unmistakable theme of identity coursing through their celluloid veins. In Chris Columbus's Christmas classic, young Kevin McCallister believes he made his family disappear and has to learn how to live life on his own. Kate, his mother, spends her time trying to get back to her son questioning everything she's done as a mother. Marv, one of the beloved burglars, wants to leave his mark and be known as “The Wet Bandits.” Each of these characters are trying to figure out where they fit in the world. Half of these movies I watched in preparation for podcasts, yet even in these seven films I was unable to escape the trappings of “identity as motif.” Talk Radio is about a radio shock jock wrestling with the flood of emotions that come from taking his show nationally, current and past lovers, and his rabid fanbase who he feels feeds on him. Man of the West is about an aging and former outlaw trying to turn his life around and build a school in his new hometown with the beautiful, albeit hamfisted, name of Good Hope. Lip Gloss and Outrageous! are stories of (mostly queer) people discovering their true selves by standing under the spotlight imitating celebrities. A tense and intimate stage play adaptation about a radio station, a classic good versus evil western, and two queer films about drag queens; you would think these movies would have nothing in common with one another, yet identity looms large in all. But wait there's more! 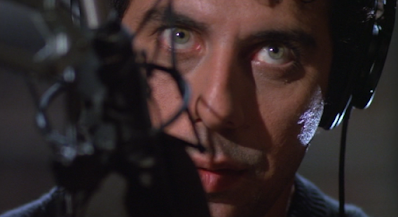 In the Orson Welles triple, we have a story about a newspaper tycoon whose celebrity and power supersedes his human emotional capabilities; a young Irishman looking for his place in the world so he can simply exist yet gets wrapped up with the most vile people; and a documentary about people who are so lost in the world they know only how to imitate or completely fabricate their own existence. Artists in general (and really all humans) are afflicted with the perpetual questions of “Who am I?” and “What does it all mean?” It's in their art we are able to view their investigations of such existential questions. Not to equate myself with any of the geniuses I write about here, but the purpose of this very column is to ask questions, process things, empty my brain of all the nagging, tempestuous queries that line the walls of my skull. It seems as though the stories that Mr. Welles wanted to tell all dealt with such questions. The three aforementioned films, plus Touch of Evil (1958), The Magnificent Ambersons (1942), The Stranger (1946), The Other Side of the Wind (2018) all deal with men barely surviving the pressures of self examination. 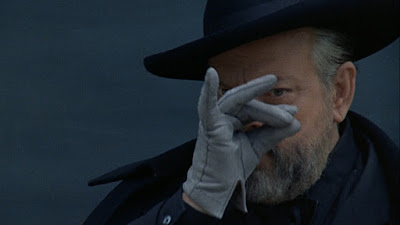 By the time you read this, Thanksgiving in America will be over and done with, which means the holiday season will be in full swing. For many people this is a very difficult time of year where those existential questions are all we can think of as we're lying in bed at night. And for many of us the pressures we feel from our families only conflate those valid but difficult feelings. I suppose I like getting wrapped up in these emotions and questions. This is why I call this month “Sadvember,” because so many movies tell stories of people struggling with mental health or heavy emotions or difficult families, and I adore these films. The Ice Storm and The Myth of Fingerprints are two of many that are great examples of people of all ages going through some times. In Myth, especially, we see the father, played by Roy Scheider, hiding beneath a rough exterior of what a man in the country is supposed to look and act like. Then we have his son, played by Noah Wyle, not necessarily hiding but skating over some very painful memories. Both men want to, but for some reason can't, put voice to what they want to say. I relate so much to these types of characters, and this is why I gravitate to these stories. They're comforting, reassuring, warm blankets that say, “Yes, everybody feels these things and it's normal.” And just like life, most of these movies simply end without a buttoned-up ending. Not happy, not sad. Just normal and ambiguous. 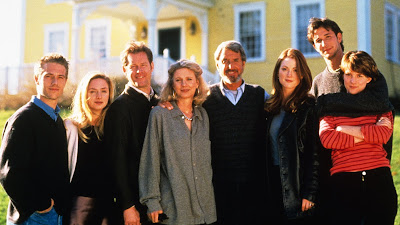 Last week I mentioned I'd changed my viewing habits. I was essentially asking, “Where do I go from here?” So much of my identity seems to be wrapped up in talking and writing about movies, and I'm elated about that. But I also feel some responsibilities that come with these small platforms on which I'm lucky enough to stand. About a month ago I went through my Letterboxd and nuked every single star-rating I'd given a movie. Thanks to Jonas Mekas, I realized I was doing this all wrong. This isn't me telling you how to watch movies or slapping your wrist and saying you shouldn't rank or rate art. But it's my (new) personal belief art doesn't deserve to be arbitrarily ranked or rated. What makes a painting or a movie or a song “the best?” It's all a matter of opinion. I realize I'm being a wet sponge here, and maybe this is all me and I'm alone in feeling like this, but every time I watched a movie I agonized over how many stars to give it. As soon as I wiped out every star-rating I gave – nearly 3,000 – and just started watching and experiencing movies, life became so much easier. This all sounds so silly because it's movies! But this is what I do. I write about them for websites. I talk about them on podcasts. People pay me to talk about movies. So, yes, this is part of my identity. And now I'm making adjustments to that part of my identity. 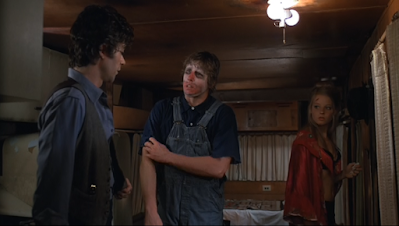 At the end of the year we all come up with “best of” of “favorites” lists. I go on at least two podcasts for these lists and I'll write one here. This year, though, instead of organizing my Letterboxd diary by highest to lowest star rating and just picking the first ten movies, I actually have to go back and look at everything I watched. I've started this process already and it's a great exercise in how I experience these movies. Last year I didn't put Carny (1980) on my discoveries list because I only gave it four stars immediately after watching it. But it's the one movie I still can't forget from last year and I regret not praising it more on my lists. This year I'm looking back at the movies I've watched, and asking, “What are the ones that moved me the most?” or “What are the movies I'll go back to time and time again?” These are the movies deserving of an end-of-year list. And the biggest change will come when I set to actually making these lists. These movies will no longer be ranked. Whether I list them off in alphabetical order or chronologically, I'm making the effort in setting an example by just talking about movies I liked without saying, “This one's the best or worst because...” I don't mean to be Debbie Downer here, because viewing habits are so personal, and why we react to things differently than others is the magic of art. And this, friends, is the daily existential crisis in which I find myself.
Posted by Patrick Bromley at 5:00 AM