Notes on Film: Jonas Mekas and the Demise of Twitter 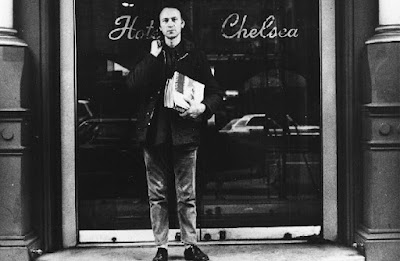 Watching movies without an online community?

A brief recap of what I've been watching. The director series continued with a foursome of Whit Stillman films this weekend. The only film of his I'd seen previously is Metropolitan (1990), which is fabulous if you're into comedies of manners. If you're not, steer clear. But I am because I long to be rich and living on the Upper West Side of Manhattan. I kicked my mini off with The Last Days of Disco (1998), a story about two recently-graduated young women working in publishing and spending their nights in high class nightclubs of 1980s New York. That was followed by Barcelona (1994), about two cousins – one an outgoing Naval office, the other a nebbishy salesman – navigating the dating scene of 1980s Barcelona. I then followed up Stillman's '90s comedies of manners with his two most recent features: Damsels in Distress (2011), starring Greta Gerwig, and Love & Friendship, starring Kate Beckinsale. Damsels is a quirky comedy about a group of college women attempting to class up their university that seems like Stillman attempting to flip mumblecore tropes upside down. L&F is an adaptation of the Jane Austen novella and was surprisingly hysterical and modern-feeling for a film set in 18th century England. 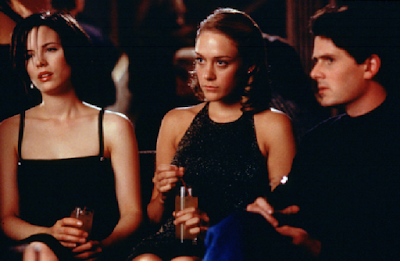 I spent the following day with Anthony Mann and James Stewart in the wild west. I have a podcast coming up on Man of the West (1958) and I hadn't seen any other Mann westerns. Bend of the River (1952) was a film I'd been wanting to see for years thanks to Pure Cinema. Jimmy Stewart leading a wagon train into the Oregon Territory and the challenges that ensue is an easy sell. Winchester '73 (1950) is a revenge story where our protagonist seems to dig himself deeper and deeper into a pit of despair. The Naked Spur (1953) teams Stewart with Ralph Meeker and Millard Mitchell versus Janet Leigh and Robert Ryan playing another baddie but so lovable you can't help but love him. The difference between the westerns of Anthony Mann and the westerns of Ford or Hawks is that Mann's protagonists aren't your manly men-types. Mann would make Dude the lead character in Rio Bravo (1959) instead of Chance. A broken, vulnerable, emotionally unstable cowboy doesn't lead the films of Ford and Hawks. But he does in the films of Mann. Stewart playing those broken, vulnerable, emotionally unstable, and sometimes weak men seems like a big middle finger to the character John Wayne and Clint Eastwood used to play. And it's glorious. 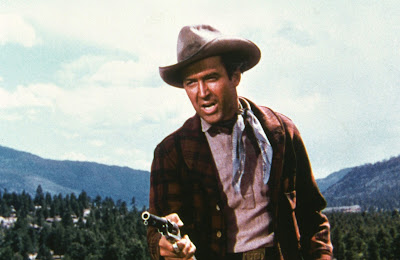 Now to the main topic. First and foremost, I don't think Twitter is in a tailspin headed for imminent collapse. Within all businesses, there are ebbs and flows and right now we're in an ebb. What does this have anything to do with a film journal, though? With a few people leaving the social media platform and dedicating their time online solely to Instagram, Facebook, Letterboxd, YouTube, etc. I started to think about watching movies and community – specifically my personal habits. There's no doubt social media has had a negative effect on all of us and the way we think (whether you want to admit it or not), but I've also noticed it's had a negative effect on how I watch movies and experience art.

For almost everything I watch I feel the incessant urge to post a picture all over the internet of either the title card, the poster, or the Blu-ray menu with the hashtag #NowWatching followed by the filmmaker and the movie title. Why? My wife asked me that one time as I told her not to press play on a movie we were about to watch so I could get the perfect picture of the Blu-ray menu on our beautiful, backlit, big screen television. “Do you do that to show people you own the Blu-ray?” she asked. Defensively I shot daggers with my eyes in her direction. But of course she was right! People need to know how cool and cultured I am! Look at the weird shit I'm watching that you've never heard of! See, I have money and spend it willy-nilly on shit that collects dust on a shelf! One like or heart equals one month added to the end of my life. I am important. Notice me. Look over here. Please clap. It's embarrassing. 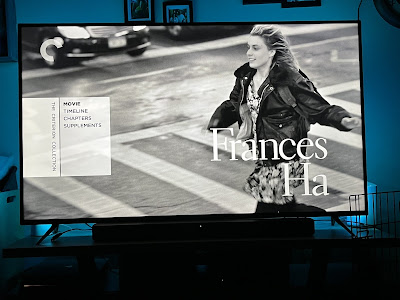 Before I got on social media I watched movies and didn't feel the need to share it with the dozen-or-so people that can hear me scream, “I WATCHED FRANCES HA LAST NIGHT!” Granted, social media, writing for this website, and having a podcast of my own has connected me with people all over the world I wouldn't have otherwise met. That's a huge positive. Being able to talk about movies with Lindsay in Melbourne, Matt in Virginia, and Daniel in Missouri at the exact same time has been a true blessing. Never in a million years would I have thought I'd have a friend in Cork, Ireland with whom I'd commiserate about being a parent followed by a brilliant discussion on The Texas Chainsaw Massacre (1974) or Performance (1970). Technology is truly a miracle and I've discovered thousands of movies because of it.

On the flipside of that, though, I've discovered thousands of movies because of technology. I'm driven to see as many films as possible, and they all must be logged onto a website and given a star-rating so people know that I've watched thousands of movies and what I think of each one. I share similar sentiments with Letterboxd as I do with any other social media platform. Yes, it's dedicated solely to film, which is amazing, but since I started using it five years ago I've developed an unhealthy relationship with it. Just like Instagram, people had to know how interesting I was by seeing all the interesting movies I watched. And how many. Look how many movies I watch! Sixty in one month? I am amazing! And each movie got a star-rating. Five stars for Death Note (2017) because I liked it the one time I saw it when I was drunk, but one star for Onibaba (1964) because it's Japanese and I was exhausted when I watched late at night. Tell me, in what world is Death Note superior to Onibaba? 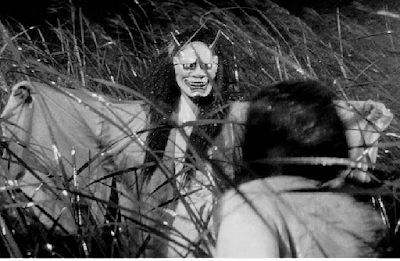 Last month I began reading Jonas Mekas' Movie Journal: The Rise of the New American Cinema, 1959-1971, a collection of his essays from his Movie Journal column in The Village Voice (the inspiration for this column you're currently reading). Most of Mekas' writing was dedicated to his championing of underground filmmakers and the American avant-garde. But it was his philosophy on how to view – or better yet, experience – art and film that caused me to have an epiphany. I realized I was watching movies in the wrong way and for the wrong reasons. I was watching movies for all the aforementioned reasons in the paragraphs above. I wanted to show off what I was watching and how much I was watching. Mekas writes about how he would never write about a movie without seeing it at least 10 times. To me I see that as a missed opportunity of watching 10 different movies. But to him he couldn't truly experience and absorb what he was watching until he had seen it 10 times, and more often than not 20 times. Only then would he feel confident enough to write words about a film he had seen. 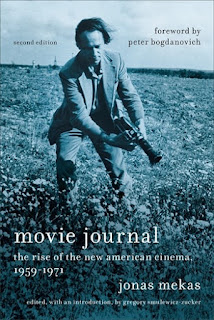 Of course this was decades before the advent of social media and the ability to digitally catalog everything you watch. Now, have I totally changed my movie-watching habits? Of course not. This past weekend the world had to know that I watched four Whit Stillman movies and three Anthony Mann movies. Did the knowledge of my watching those movies change lives? Of course not. Who cares? This doesn't mean I'm going to stop watching lots of movies, but I want to make a concerted effort to change the way I think about movies; how I experience them; how I process what I'd just seen. I'm not in competition with anyone for what I've seen or how many movies I've seen. That sounds silly and elementary, but that's how I've approached my movie-watching. Last year on Twitter, John Frankensteiner tweeted something profound that has been embedded in my brain ever since: “Don't understand why people fight on Twitter when they could just obsessively post about the same 8-10 things and enjoy a bunch of beautiful weirdos that are also obsessed with those 8-10 things.” Like Jonas Mekas, like Frankensteiner, I want to be the cheerleader about the few things I truly love in cinema. Things that bring me joy. Last year when I posted about how many movies I watched the previous year someone commented, “Why so many? Whatever happened to quality over quantity?” While that makes no sense, I do understand the sentiment behind it. Maybe instead of obsessively adding titles to my watchlist and accumulating Letterboxd diary entries, I spend time with the films and filmmakers I love. Marjoe, When Harry Met Sally..., Fessenden, Mekas, Spotlight, etc. Why not spend time obsessing over the art and artists I love instead of drowning while trying to keep up with the Joneses?
Posted by Patrick Bromley at 4:00 AM