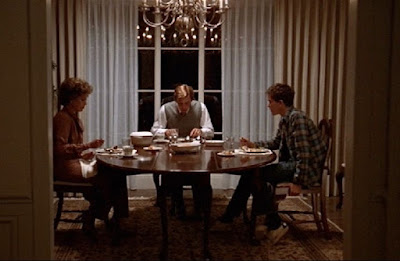 Do movies really inspire us?

A quick recap before we get to the topic at hand: I have liked or loved the last ten movies I've watched. That's a pretty good run. Hopefully I can keep it up. 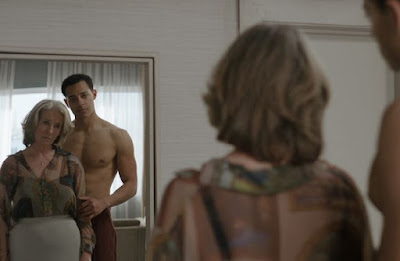 Some may know me as a curmudgeon when it comes to new(er) movies. I've spent most of my movie watching in the previous millennium, but to be quite honest, I always feel a little left out when everyone's talking about new releases. This past week I caught up with three 2022 releases and one from last year. Good Luck to You, Leo Grande (2022) was such a pleasant surprise. It's painfully obvious this was a lockdown production, and the dialogue about sex workers is heavy-handed, but these weren't enough to deter my enjoyment. Emma Thompson is hysterical and brilliant and beautiful as a conventional and apprehensive widow, and Daryl McCormack is so sweet and powerful as a male escort. This could very well be the sleeper of the year having just sort of materialized on Hulu out of nowhere. Robert Eggers' The Northman (2022) is another brooding, dark, period piece from the writer/director that showed he has what it takes to make a brutal action flick as well as a slow-burn creepfest. At over two hours it overstays its welcome by just a hair, but the superb cast – including Alexander Skarsgard, Anya Taylor-Joy, Nicole Kidman, and especially Claes Bang – is remarkable to watch in this oft-neglected setting. For this week's Family Movie Night we sat down with Robert Zemeckis' Pinocchio (2022). Eben (10) enjoyed it, but this is easily one of the worst movies I've seen in a very long time. And finally, Bobbie and I watched the latest from Wes Anderson, The French Dispatch (2021). I'm never in the mood to watch a Wes Anderson film, but when I do I think, “Why aren't I ALWAYS watching a Wes Anderson film?” His overly stylized sets, dialogue, and cinematography seem to annoy (or even anger) some people. When I'm not watching one of his movies, I fall into that category. But as soon as I'm transported inside his mind I never want to leave. Out of the seven I've seen, Dispatch is easily Anderson's funniest. The rapid-fire dialogue (hello, T. Chalamet and A. Brody) and brilliant characterizations (hello, Tilda and Jeffrey), I spent a good portion of the time belly laughing. 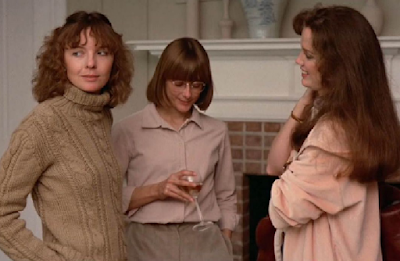 I had such a good time with my director series in October I kept it going with (gasp) Woody Allen this week. His writing and his style aren't for everybody, but it's definitely for me, which is why he's one of my favorite writers and directors. Like Ingmar Bergman (one of his biggest influences), Allen is obviously working through some very tough and oftentimes dark material floating around his head. In Interiors (1978), he's dealing once again with divorce and the implications it has on family. This could very well end up on my discoveries of the year list, and proves to me that I like his straight dramas more than the straight comedies. I was expecting Crimes and Misdemeanors (1989) to be one of the latter and I welcomed my mistake. While funny at times, it deals with an adulterous man who hires out to kill his mistress, as well as a nebbishy man who presumes too much about a relationship. While I can't (thankfully) relate to having a mistress killed, I do find myself often presuming more about relationships than what reality is. Husbands and Wives (1992) is Allen again dissecting the realities of many marriages in that one half of the couple gets bored, strays from their spouse, then realizes their mistake after it's too late. These are all things that go through our heads but we try to bury those thoughts or are too scared to put them to words. I ended this mini with The Purple Rose of Cairo (1985), my least favorite of the quad although I still enjoyed it. A period piece and straight comedy, it's cute and Jeff Daniels and Mia Farrow are adorable, but ultimately it showed me I want the uncomfortable drama from Woody rather than the laughs. 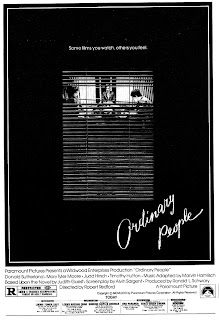 Now to the topic at hand. I recently purchased the Paramount Presents Blu-ray release of Robert Redford's Ordinary People (1980). I first saw this heart-wrenching drama in 2018 and was completely floored. While awards mean nothing to me (they're the antithesis of art), it's no wonder the film won five Golden Globes and four Oscars. Based on the novel of the same name by Judith Guest, the movie follows a family in an affluent Chicago suburb after the recent death of the oldest son and subsequent suicide attempt by the youngest. Donald Sutherland is Calvin, the father; Mary Tyler Moore is Beth, the mother; Timothy Hutton is Conrad, the younger brother. Recently released from the hospital, Conrad is learning how to negotiate life as a son, teammate, friend, and teenager after the death of his brother. He feels responsible, and after his suicide attempt, now feels like he's constantly being watched. Calvin is trying to get the family to move on, pretending everything is ok. Beth, doing the same, has turned cold. Nobody knows how to process the events that have occurred in the past six months, and everyone needs something different. Conrad begins to see a shrink played by Judd Hirsch who helps him open up and begin to understand his feelings. The film is a cinematic achievement in storytelling and is a perfect example of a Sadvember movie. But after watching it again and reading a few Letterboxd reviews I was left with two questions: 1. Is Mary Tyler Moore the “villain” of the story? and 2. Can movies inspire us to feel or do good or bad things? 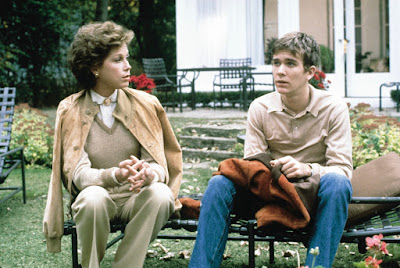 Let's tackle the first question. (Spoilers ahead) Most of the reviews I read were upset that the movie made the mother figure the bad guy. Ordinary People isn't a movie about good guys and bad guys. Why does a story have to have two sides? Like my favorite Woody Allen movies, Ordinary People is simply a story about people. Beth is not the villain in any sense. This family is dealing with the ultimate trauma: the death of a son/brother. Your children are not supposed to die before you. Beth has turned cold toward everybody in her life because she's practically dead inside. How is a mother supposed to handle the death of her child? The way she feels is not wrong. Conrad believes that his mother hates him and blames him for causing her emotional pain. Maybe that's true, maybe she does. But Beth never explicitly says that. In her depression she has completely shut down. She is doing all she can; putting on a front for her friends and neighbors; pretending to be strong in front of her husband and son. She has no idea how to handle what she's feeling, and I don't blame her for that. At the end she runs away from her problems, like 95% of us do. Conrad asks his father where his mom is, and Calvin says, “Your mom went away for a bit.” We don't know if she's left for good or not. The film is not telling us to hate her because of this. The film is simply showing us a human being. 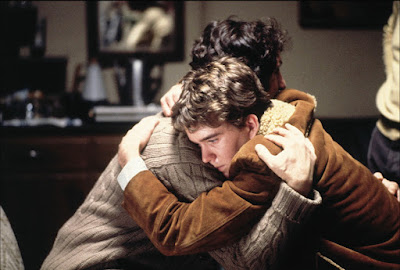 As for the second question: Can movies inspire us? I remember when the Columbine shooting happened and many were quick to blame the music those boys listened to. The movie theater shooting in Colorado: people said he was inspired by Heath Ledger's Joker. Others argue these things had nothing to do with these atrocious acts. On the flip side, people constantly say they're being inspired to create art because of others' creations. So which is it? Art can only inspire good things and not bad things? I don't have an answer. I thought about this because Sadvember is a time when I watch a bunch of heavy dramas. I love a heavy drama, but I never feel sad after watching one. In fact, Ordinary People is possibly the saddest movie I've ever seen but it never makes me feel sad. The Ice Storm (1997), Come and See (1985), Ratcatcher (1999), etc., are all very sad movies, and while I may cry during these movies, I never feel sad. In the same way that I love When Harry Met Sally... (1989) or BASEketball (1998), I walk away from watching a good movie, or listening to a good record, or seeing a good play, or viewing a good piece of art in a good mood. Now, I'm preternaturally in a good mood 99% of the time, so experiencing art doesn't wholly affect my thoughts or actions.

Maybe art isn't supposed to inspire action. That's the job of propaganda. Maybe art is only meant to inspire positive action, and when it inspires negative action that's a chemical imbalance in the viewer. Art is a reflection. These are the things bouncing around my head after watching Ordinary People, a movie neither about art inspiring people in negative or positive ways, or propagandizing specific subjects. Maybe this is the point of art: to raise questions in our minds to help us grow. Because what happens if something stops growing? It starts dying.
Posted by Patrick Bromley at 5:00 AM