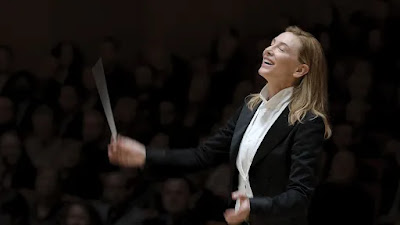 Quick thoughts on a few of this season’s prestige contenders.

Marcel the Shell with Shoes On (dir. Dean Fleischer-Camp) 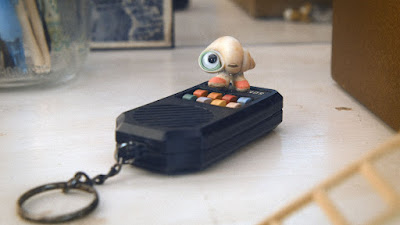 Fans of the internet’s favorite anthropomorphic seashell will find a lot to love in his first feature-length adventure, which offers a healthy mix of material we’ve seen in previous Marcel media (short films, picture books, and cuddly push figurines) and an expanded world befitting the big screen. Moving into an Airbnb following his divorce, documentarian Dean (Fleischer-Camp) discovers it already inhabited by Marcel (Jenny Slate) and Nana Connie (a delightful Isabella Rossellini), whose bite-sized wisdom translates to easy YouTube celebrity. The bashful Marcel, however, resists the spotlight until a prime-time network interview offers him an opportunity to rediscover his lost past. You’ll know in the first minute whether Marcel the Shell is for you, whether you find yourself charmed or irritated by his quirky affect and whimsical aphorisms (“Know why I smile a lot? Uh, cause it’s worth it”). And while it feels a bit overlong even at a brisk one-hundred minutes, Marcel offers plenty of warmth for those willing to let it in.

Bones and All (dir. Luca Guadagnino) 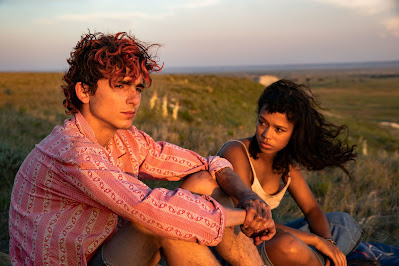 On paper, Bones and All reads like a real four-quadrant blockbuster for all ages. Who wouldn’t love a good road-tripping, coming-of-age cannibal romance, especially one helmed by the director of the Suspiria remake and starring one of the gangliest young hunks in Hollywood? Waves standout Taylor Russell and indie cinema’s Timotheé Chalamet are those aforementioned cannibal lovers, both of whom have been forced to flee the comfort of home in order to feed the unsavory urges they can no longer keep under control. Bones and All is a sweaty odyssey through the American West that finds the people-eating pair haunted by past indiscretions — one of both of them may have committed some involuntary cannibalistic parricide — and pursued by a fellow “eater” (Mark Rylance doing Mark Rylance things) who feels jilted by Russell’s rejection. Based on Camille DeAngelis’ 2015 novel, it’s an appropriately bloody allegory for addiction recovery, trauma bonding, and sexual exploration. Plus, you know. Eating people. 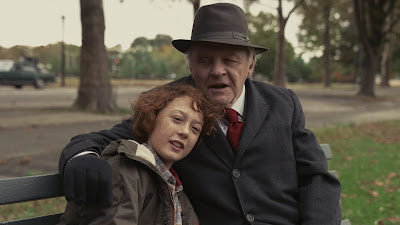 Undoubtedly the more working class, punk rock entry in this season’s “auteur filmmaker origin story” double feature (the other being Spielberg’s gauzier The Fabelmans), James Gray’s Armageddon Time offers a complicated and self-effacing picture of class struggle among minorities at the dawn of the Reagan era (era). Young Paul Graff (Banks Repeta) pushes against the expectations of his outer-borough Jewish family — Jeremy Strong and Anne Hathaway as his parents, Anthony Hopkins (on the Oscar hunt again) as his grandfather — while gradually coming to terms with the incredible privilege that keeps him a step ahead of his peers. His foil is African-American classmate Johnny Davis (Jaylin Webb), a public school repropate who, despite his keen heart and dreams of a career with NASA, enjoys none of those privileges and will spend his life lowering expectations. Gray shows his contrition without offering a solution (How could he?), but his honest confrontation of these socio-economic realities is well worth our attention. 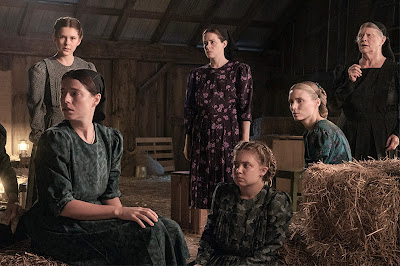 Not since The Texas Chainsaw Massacre has a film’s title so aptly matched its content, as Sarah Polley’s Women Talking is two hours of just that: A group of women (headlined by Rooney Mara, Claire Foy — that’s right: two Lisbeth Salanders — Jessie Buckley, and a blink-and-you’ll-miss-her Frances McDormand) in a rural Menonite community gather in a barn and debate their future. For years, the men of the community have been drugging and raping them with impunity, blaming each bruise and mysterious pregnancy on the womens’ own failures before god. When a few men are finally caught and the rest leave the community to post bail, the women find themselves with a rare few hours of autonomy. As the sheepish schoolteacher August (Ben Whishaw) takes minutes, they weigh their options and confront their fears. Adapted from Miriam Toews’ 2018 novel, Women Talking is surprisingly warm, ruminative, and ethereal for its subject matter, with Polley finding emotional flourishes in places where others might focus on the terse drama of it all. It’s a finely-crafted work prime for Oscar contention. 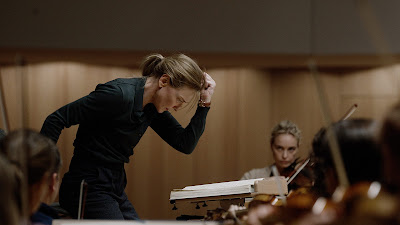 If you see only one film on this list, however, it had damn well better be Todd Field’s brutally acerbic TÁR, in which Cate Blanchett stars as a world-famous conductor blindly sowing the seeds of her own cultural decimation. A cold, hermetic, and often mean-spirited satire about the perils of combustible genius, TÁR approaches its thesis with almost agonizing patience before dropping the floor out from under its audience with one of the most stridently hilarious final shots of any film in years. Over the preceding 158 minutes, however, writer/director Field (Little Children, In the Bedroom) lets Lydia Tár (Blanchett) commit offense after cancellable offense — extolling the virtues of cis white male composers, burying problematic romances with impressionable protégés — with a pigheaded confidence that only comes to a maestro who has long-since lost all sense of impropriety. Field lays ample track for his star to put on a clinic, and Blanchett meets him with the single best performance (lead or supporting) of the year.
Posted by Patrick Bromley at 5:00 AM

Email ThisBlogThis!Share to TwitterShare to FacebookShare to Pinterest
Labels: 2022 movies, armageddon time, bones and all, marcel the shell with shoes on, tar, women talking