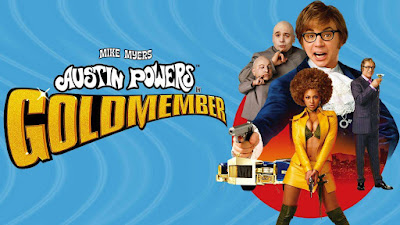 Nominated for “Favorite Fart in a Movie” at the Kids’ Choice Awards. It lost to Scooby-Doo.

• Best Song (tie): “What the World Needs Now is Love” by Burt Bacharach and “Work It Out” by Beyoncé. 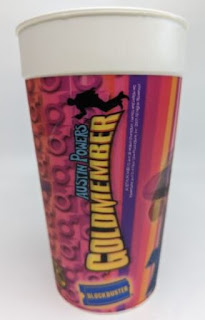 • Best Merch: An Australian “Austin Powers Goldmember Dr. Evil Blockbuster Holographic Video Large Cup” for AU $9.95 (approximately US $6.74). I miss when movies had cups. The fact that this one is holographic (and from Blockbuster Video) is groovy, baby.

• Director Check: Austin Powers in Goldmember was directed by Jay Roach. His directorial debut was a 1990 film called Zoo Radio, which must be little seen since it doesn’t have a Wikipedia page. After that he became the man behind the Austin Powers franchise, directing all three movies: 1997’s word of mouth classic Austin Powers: International Man of Mystery, 1999’s hit Austin Powers: The Spy Who Shagged Me, and 2002’s Austin Powers in Goldmember, which was the highest grossing of the three films domestically. In between the second and third Austin Powers movies, Roach directed the not great Mystery, Alaska and Meet the Parents (which I loved in 2000, but not sure if I would if I rewatched it today). Other films Jay Roach has made include: Meet the Fockers, Dinner for Schmucks, The Campaign, and Trumbo. Roach received some accolades for being essentially the Cable TV Movie version of Adam McKay, with films like Recount and Game Change. His most recent release was 2019’s Fox News drama Bombshell. Roach is hit or miss from me, but I’m forever envious of him because he’s married to musician Susanna Hoffs.

• Double It with This 2002 Movie: Undercover Brother

• Year 2002 Movies to Trailer Before It: Die Another Day, I Spy, The Tuxedo 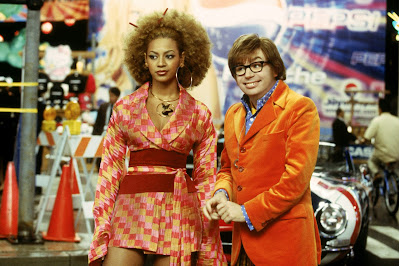 • I Miss (tie): The New Line Cinema logo circa 2002 and Elizabeth Hurley as Vanessa Kensington. 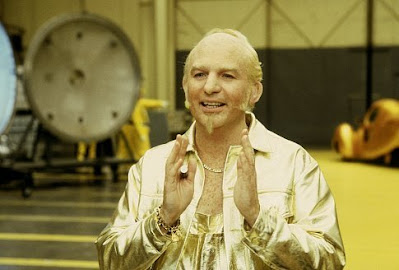 • What I Thought in 2002: I remember seeing Austin Powers in Goldmember with friends on opening night but not by my choice. I was on board for the franchise until I rewatched Austin Powers: The Spy Who Shagged Me on video in late 1999 and realized whatever fun I was going to get out of it was gone and replaced with me having an allergy to Mike Myers.

• What I Think in 2022: I didn’t enjoy this revisit at all. It’s interesting that Goldmember was the highest grossing (domestically) of the three films and they never made a fourth one. I’m guessing everyone involved realized they wrung the premise dry and weren’t going to get away with another one (or Myers had moved onto the super successful Shrek series by then). The first movie was a genuine, hilarious surprise but once the freshness element was gone it became like most comedy sequels/series - an example of trying to capture lighting in a bottle again by going bigger, broader and with more budget.
Posted by Patrick Bromley at 5:00 AM