Notes on Film: Cram It! 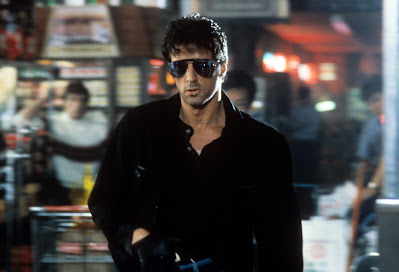 Must we watch as much as we can at the end of the year?

But first, a quick recap. This time of year I almost exclusively want to watch classic Christmas movies and/or sleazy exploitation. Once January hits, though, it's all exploitation movies and westerns. Don't ask me why; them's just the rules. The four exploitationers I watched this past week ranged from Fulci doing a classic family tale to Lieutenant Marion Cobretti. 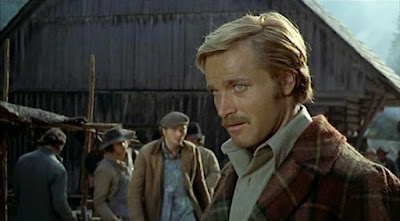 Lucio Fulci is and will be my most-watched director of 2022, and I thought I'd keep the train rolling by watching his version of White Fang (1973). Having never read the novel nor seen the Randal Kleiser film since its release, I remembered nothing of the story. It seems as though our Italian friends took some liberties and included a reporter (played by sexual magnet Franco Nero), a trapper, two Yukon indigenous people, a nun, a drunk priest, and a weaselly bad man. It's not great, but Nero is so damn charming in everything he does. There are a few instances of dog fighting which are pretty brutal, but I was most shocked by how many characters are murdered.

A Killing Affair (1986) stars Peter Weller as Baton Morris, a drifter who takes a woman hostage in her own home. Kathy Baker is Maggie, whose husband Baton has murdered because, so he claims, Maggie's husband killed Baton's wife and children. A manhunt ensues, romantic feelings develop between Baton and Maggie, and it becomes this sweaty, Southern-fried psychological thriller. It's clunky in spots and most of the supporting performances are laughable, but Weller and Baker are spectacular, and I haven't been able to forget this movie. I woke up one morning with a kung-fu itch that needed relieved so I threw on a Shaw Bros. film I hadn't seen. Clan of the White Lotus (1980), directed by and co-starring Lo Lieh, follows Hung seeking revenge against White Lotus for the murder of his girlfriend and best friend. Hung learns from his friend's pregnant widow and her friend more delicate, slower moves that can defeat White Lotus. It's classic Shaw Bros. with beautiful sets, vibrant colors, and a feast for the ears. I then introduced my wife to a gentleman named Cobra (1986). She was so enthralled she ALMOST watched half of it. This may be sacrilege, but I prefer Cobra to Tango & Cash (1989). The soundtrack kicks ass, Brian Thompson is terrifying as the Night Slasher, Andy Robinson gets his comeuppance, Reni Santoni and Stallone are so good together, and Brigitte Nielsen is at her best. Cobra is the cinematic equivalent to sprinkling crushed up speed pills directly into your eyeballs followed by chugging a quart of Mountain Dew. 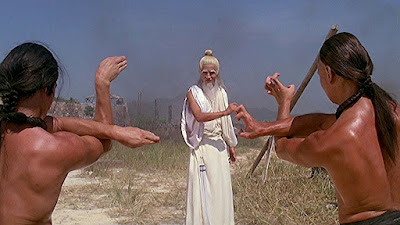 I'm currently in full holiday mode, having watched seven Christmas movies this week. National Lampoon's Christmas Vacation (1989), Christmas in Connecticut (1945), Christmas with the Kranks (2004), and White Christmas (1954) are all annual staples for me. This year I've also been seeking other classic Christmas movies thanks to TCM. I'll Be Seeing You (1944) starring Ginger Rogers and Joseph Cotten is about a woman on furlough from prison who meets a soldier suffering from PTSD on leave from a military hospital and invites him to her uncle's house for the Christmas break. Each are hiding their secrets from one another as their romance blossoms over the course of the film, until the truth is finally revealed at the end. Rogers and Cotten both have this sort of sadness in their eyes in all their performances that lends a great deal to the characters they play. This natural quality aids so much in this film as these two people get closer and closer while still keeping one another at arm's length. Co-starring Shirley Temple as Ginger's cousin, I'll Be Seeing You is another classic Christmas movie to add to your yearly watchlist. The Man Who Came to Dinner (1942) is yet another film that is now an annual watch for me. Monty Woolley plays an outspoken critic and gossip columnist who injures himself at the home of a small town family. He and his assistant, played by Bette Davis, hole up with the family while he heals, and romance blooms between Davis and Richard Travis playing a local writer. Hysterically funny and charming as hell, this was a beautiful mix of small town Christmas with fish-out-of-water tropes. 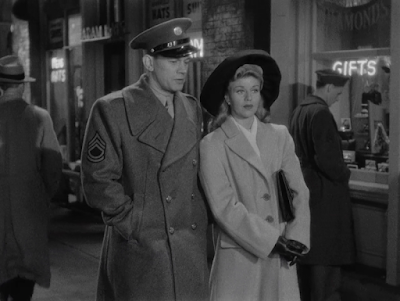 Now to the topic at hand. I must commend my colleague Rob DiCristino and our fearless leader Patrick Bromley this year. As critics who are tasked with voting privileges at year's end, I can only assume the pressures these two must feel as screeners pile up, and the mountainous duty to try and watch as many new movies as possible becomes insurmountable. I hear and read other critics complaining about “screener season,” yet we've seen Rob and PB go the opposite direction this year. Recently Patrick re-watched Ambulance, and saying afterwards because of the re-watch it's definitely going on his top 10. Rob recently stated that instead of cramming in as much as he can before year's end, he's going to re-watch the movies he loved from this year to make sure he gets it right. Like I wrote previously about how Jonas Mekas would watch a film 20-30 times before writing about it, Rob and Patrick are true, leading examples of what critics should look like. 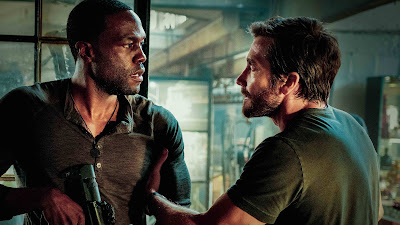 I saw someone tweet last week that they think there's some sort of competition going on among people to see who can watch as many movies as possible in any given year. While I'm sure some people do do that, many of us watch so many movies every year because we have to. I have a weekly podcast that requires me to watch AT LEAST three movies per episode; usually I watch six or seven. I have this column that needs to be filled with something movie-related. I'm also privileged enough to have a part-time weekend job that allows me to watch several movies each day. These things are required for writers, especially those that do it full time. While the aforementioned tweet may have gotten under my skin, though, I started thinking: maybe they're right. And the sentiment started to grow within me; then I saw my colleagues say they're re-watching instead of cramming, and it started to make sense.

I love movies (duh) and I'm going to watch several hundred every year. But when I read what I wrote in the previous paragraph about how watching movies is an obligation some of the time, that's when things get cloudy. How do I switch from “I NEED to watch this,” to “I WANT to watch this”? Simple, you might say. Just do it. Having recently gone through an existential crisis when it comes to how I view and experience art (specifically movies), I can keep folding in new (to me) concepts. Next year I'll be talking about Ed Wood's Plan 9 From Outer Space (1957), a movie I didn't particularly like the first time I saw it, and have been dreading re-watching it like one dreads they're most-hated chores. What if instead, though, I say, “I WANT to re-watch Plan 9 and read more about Ed Wood,” because I love learning about people. I WANT to watch more Ed Wood movies – including Ed Wood (1994), which I've never seen – so I can learn more about this fascinating person. And, like Adam Riske mentioned back in October, how about I watch what I want when I want. I've been wanting to rewatch Romano Scavolini's Dog Tags (1987), a remarkably odd Platoon rip-off that I loved the first time I saw it. Fuck it, I say. I want to watch Dog Tags, so I'm going to watch it. 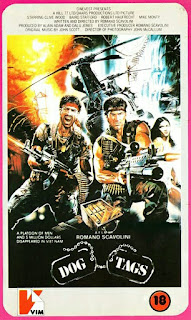 So thanks to my colleagues here at F This Movie! You inspire me every day, even when it inspires me to re-watch Dog Tags instead of watching 30 more new discoveries by January 1.
Posted by Patrick Bromley at 5:00 AM