Notes on Film: No Other Time of Year 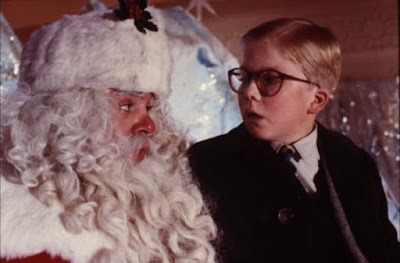 Wrapping ourselves up in movies we've seen a thousand times.

But first, a recap. While I've yet to see Pearl (2022), I have seen Ti West's X (2022) twice this year. I can say, without a doubt, that the best way to watch X is in a secluded cabin in the woods where it gets so dark you can't see one foot in front of you, let alone anything happening outside your windows. We escaped to the woods this past weekend for some fresh air and ice skating, and after the kids went to bed one night we turned on the satellite and saw X was just starting on Showtime. It seems most of the buzz around this new franchise is coming from Pearl, but X still has its cheerleaders. Most people, in fact, seem to have loved X. But upon my second watch, even though the setting was fitting, I didn't get why people seemed to be losing their shit over this movie. It's well made by one of my favorite directors, the performances are good, the music is haunting, yet it still seems like a mediocre Tobe Hooper tribute at best. I'm all for Tobe tributes (Tobutes?), so I'm glad we have this one. But X is just another middle of the road slasher movie that I don't see myself revisiting any time soon. In a year supposedly full of great horror, 2022 is actually just full of horror. Nope, X, Barbarian, and The Black Phone are the most popular horror films of 2022 according to Letterboxd. When I look at that short list I see four movies I'll forget about by year's end. It's a shame when movies like Mad God, Saloum, The Wasteland, and Breeder are talked about so little (or not at all) yet are some of the most original movies of the year. 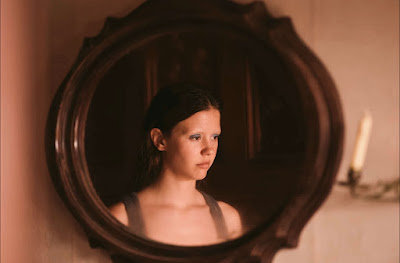 I dipped back into Arrow's first Years of Lead box set for Vittorio Salerno's No, the Case Is Happily Resolved (1973). This is by far the least sleazy out of the three I've seen. Like Rabid Dogs (1976) and Savage Three (1975) concern small gangs raping and pillaging and murdering, whereas Case is more of a psychological cat and mouse-type of movie. Fabio witnesses a murder while fishing one day. Panicking, he decides not to go to the police, but when the body is discovered things become extremely difficult for him. The actual killer is a well-liked professor in Rome who becomes the primary witness, giving Fabio's description as the killer. Meanwhile, the editor of a rag has his suspicions of the professor and tries to bring him down even when the police are convinced Fabio is their man. The movie is thrilling and stressful and full of cool and/or beautiful people. Once again, this is another high selling point for the Years of Lead box. 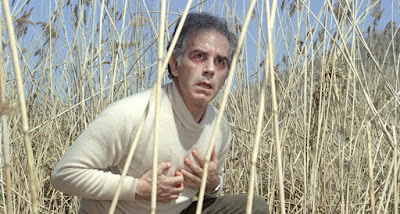 I'm starting to slip into a Neon Badges mood so I dug up a couple random, lesser-seen cop movies from the '80s. First up was an anime called Appleseed (1988) about a cop and her cyborg partner who are recruited for an elite anti-terrorism squad in the police-state city of Olympus post WWIII. With similarities to, but nowhere near as great as, Akira (1988), Appleseed is a breezy and fairly exciting 66 minutes of classic anime that you can stream on Tubi. I also watched a semi-related David Carradine low-budget actioner called Future Force (1989). Opening with a scene not unlike when Robocop shot that dude in the dick, Carradine is either drunk or tired and just here for the check. This only adds to the movie, though. The police force has been privatized and now operates on bounties. After a reporter threatens to uncover the corruption in C.O.P.S. (Civilian Operated Police Systems) the suit who runs the force and his evil henchman exact their revenge by putting her name in the bounty system, in turn sending bounty hunters after her. At first seeking her arrest, Carradine then flips to protect her, having to kill off his colleagues. It's very cheap, not very good, but highly entertaining. 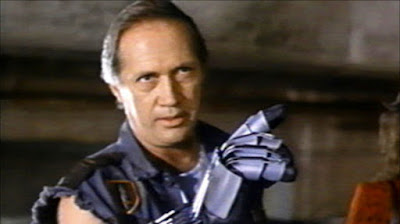 Now to our topic. Before sending the kids off to bed during our weekend getaway but before turning on X, the four of us sat and watched the Rankin/Bass versions of Rudolph the Red-Nosed Reindeer (1964) and Frosty the Snowman (1969) as we do every year. (We also watched the abysmal Frosty Returns (1992) with Jonathan Winters, John Goodman, Elisabeth Moss, Bryan Doyle-Murray, Jan Hooks, and Andrea Martin, but there's already enough negativity in this column.) After the initial eye-rolls of my family, they all settled in and we watched these programs we've watched together every year since Eben was born. I've been watching the same movies and television specials between Thanksgiving and Christmas every year since I can remember. As I type these words, I look outside and see a gentle snow falling (finally), the silent majesty of a winter's morn, the clean, cool chill of the holiday air, and an asshole in his bathrobe – wait! National Lampoon's Christmas Vacation (1989) is playing on the TV, though, for the second time in two weeks, and it'll get at least one more spin before next Sunday. 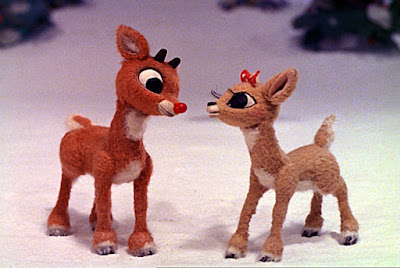 I don't rewatch many movies – Spotlight (2015), When Harry Met Sally (1989), Habit (1995), Bliss (2019), Frances Ha (2012), Beverly Hills Cop (1984), and Jaws (1975) are exceptions – except for holiday movies. Every year I watch Christmas Vacation, It's a Wonderful Life (1946), White Christmas (1954), The Santa Clause (1994), Home Alone (1990), A Christmas Story (1983), Christmas with the Kranks (2004), and all the other Christmas specials and shorts that pop up this time of year. I never get sick of them, and it's guaranteed I will watch them every year until I die. And I started thinking: are there any other movies I watch over and over again at the exact same time of year every single year, yet won't watch them at any other time? I watched It's a Wonderful Life in October for a podcast and it just felt wrong. I'm not popping in The Santa Clause in June to celebrate the beginning of summer. I do that with Jaws, but I'll also watch Jaws in February if I want and won't feel dirty about it. 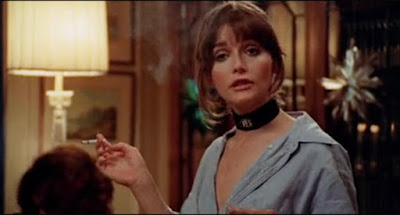 The comfort I feel from these movies is a comfort I don't feel from any others. Every year, the week of Christmas I always watch the Christmas horror classics – Black Christmas (1974), Christmas Evil (1980), Silent Night, Deadly Night 1 & 2 (1984, 1987), and Rare Exports (2010) – and get that same comforting feeling I get from the previously mentioned films. Hallmark Christmas movies have become their own genre and people eat those things up. But do these people eat up the schlock Hallmark pukes out the rest of the year? I'd venture a guess and say no. I'm not taking anything away from Hallmark movies because many are sweet and cute. My argument lies in the fact that I don't hear people clamoring for the Hallmark Easter movies or Hallmark summer movies.

So my questions for you, FTM family, are thus: 1. What are your Christmastime yearly watches? And 2. Are there other movies you watch every year at the same time every year?
Posted by Patrick Bromley at 5:00 AM