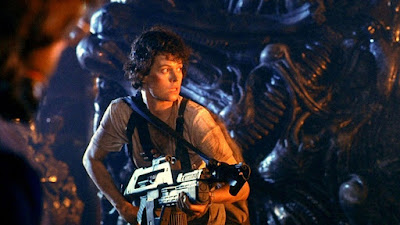 The GOAT has his first new movie out in 13 years, so let's take a look at how we got here.
The maxim "Never doubt James Cameron" is getting thrown around a lot these days as critics and box office pundits attempt to predict the success of Avatar: The Way of Water, the filmmaker's latest biggest gamble. It's a truism that has been put to the test time and again, with Cameron always coming out on top. He's one of the last great spectacle makers in Hollywood -- a director who knows exactly how movies work no matter what the scale and always delivers. Never doubt James Cameron. 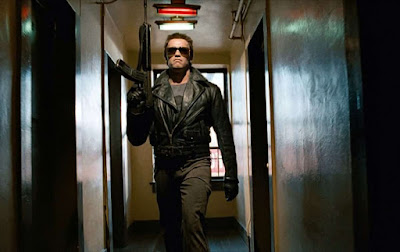 Sure, Cameron's first technical directing credit is for Piranha II: The Spawning, but he either quit or was fired from that one (depending on who's telling the story) so we're going to start with his proper filmography and the original Terminator. This is, quite simply, one of the absolute best genre movies ever made, in which a killer robot (Arnold Schwarzenegger) is sent back in time to assassinate the mother of the man who will one day lead the resistance against sentient machines. It's literally one of the best hooks for a movie, realized with no fat and maximum low-budget efficiency. I know it's probably crazy to say this considering the rest of his filmography, but this is probably still my favorite James Cameron movie. He would get bigger over the course of his career, but I don't know that he ever got better. 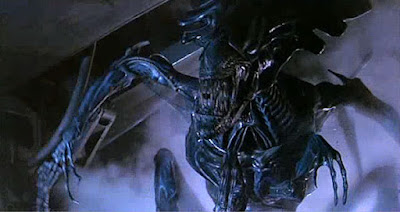 For his second proper feature, Cameron took on the sequel to what is arguably the greatest sci-fi horror film ever made, Ridley Scott's Alien. Like with his previous film, it's cool to see the Bigger is Better king working against limitations and solving problems creatively and effectively. Here he lays the blueprint for many of the tropes that would follow in the rest of his filmography, plus directs Sigourney Weave to an Oscar nomination for Best Actress inside a genre film -- no small feat. That there's even a debate as to whether or not one prefers this to the original is a testament to how fucking great it is. 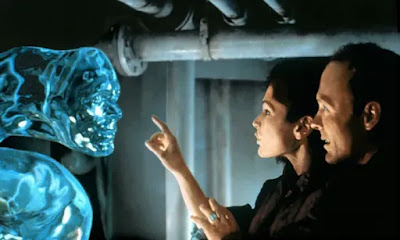 Because of its limited availability on home video (there's only a non-anamorphic DVD, though rumors of a 4K in 2023 persist), this is the Cameron film with which I am the least familiar, having only seen it a couple of times. I know there are die-hards who swear this is his best film; while I'm not willing to go that far, I'd be willing to call it his most underrated if only because it wasn't a box-office smash at the time of release (it made money, just not James Cameron money). The story of a team of deep sea divers encountering underwater aliens helped pioneer the CG effects that Cameron would use to even greater effect in his next film and carries with it a thick streak of the director's trademark romanticism and sincerity. A worthy 4K or Blu-ray release would do wonders for bringing new appreciation to this one. 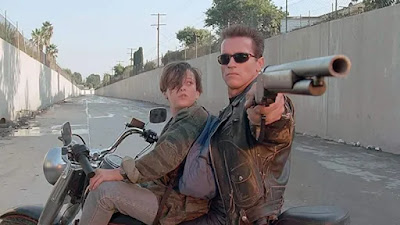 Cameron tries to outdo himself in the sequel department and very nearly succeeds, upping the scope, the scale, and, yes, the stakes of his original Terminator to create one of the best action films of the '90s, if not all time. Turning Schwarzenegger into the hero and adding Robert Patrick as a Liquid Metal Cop, one of the best movie villains ever, is a stroke of genius, as is the way Cameron makes the action massive but always rooted in character and story. If you had asked me when I was 12, this would have been my favorite Cameron movie for sure; I've seen it so many times in theaters, on VHS, and on DVD that I pretty much know it by heart. 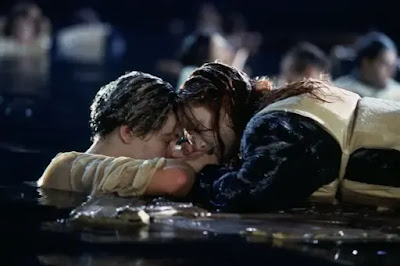 I know, I know. True Lies is pretty much the only movie left off this list. That's because while it's a good action movie, it doesn't tell us much about Cameron other than that he's not as good with comedy as he maybe thinks he is. Instead, let's jump ahead to Titanic, a movie that would, in the filmography of just about any other director, would be considered the Crowning Achievement. It made movie stars out of Kate Winslet and Leonardo DiCaprio, it was the biggest box office hit of all time (until his next movie, because Cameron gotta Cameron), and it won a bunch of Oscars, including Best Director and Best Picture. It got a lot of hate in 1997 and continues to get a lot of hate, but I'd stand it up against just about any blockbuster made in 2022 and there's no contest. This is the kind of movie that only James Cameron is crazy enough to make and the kind of movie that no longer gets made. 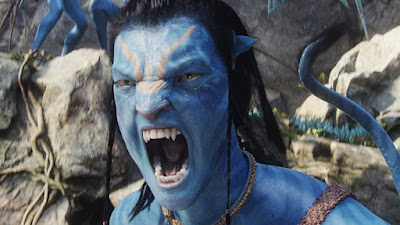 I know opinions on Avatar are mixed ("No cultural footprint! Goo goo ga ga!"), but it many ways it feels like the culmination of Cameron's whole filmography to this point. It's got the boundary pushing technological breakthroughs of The Abyss and T2, the militarism of Aliens, the epic scale and romanticism of Titanic, and the occasionally eye-rolling dialogue of True Lies. If the rest of Big Jim's career goes the way he plans, this will be his greatest legacy -- not because it's his best film (I love it, but it isn't) or his most financially successful (right now it is), but because he's going to spend what is essentially the remainder of his career making Avatar movies. That once felt like a threat, but now I'm looking forward to it. 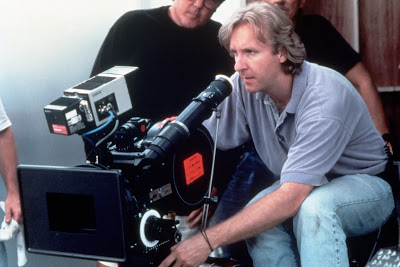