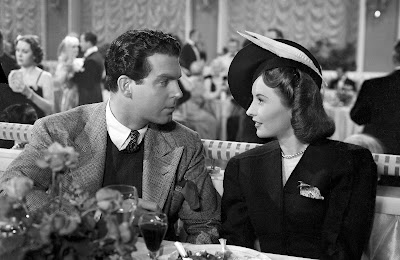 Dipping my toes into the holiday spirit.

I have nothing of great importance to write about this week, which means I must be through my recent existential crisis. So let's talk about what I watched recently. Before I started dipping my toes into the holiday spirit I dove headfirst into brutal Eurocrime. Like Rabid Dogs (1976), written and directed by Mario Imperoli, is a poliziotteschi film loosely based on real events in which cops attempt to apprehend a trio of criminals who are assaulting, robbing, and killing people in and around Rome. Part of Arrow's first Years of Lead box, LRD is as brutal as any Eurocrime film I've seen, ranking alongside Umberto Lenzi's Almost Human (1974) and The Tough Ones (1976), Fulci's Contraband (1980), and San Babila-8 P.M. (1976) as my favorites. If you're into these types of movies I highly recommend picking up both Years of Lead sets from Arrow. 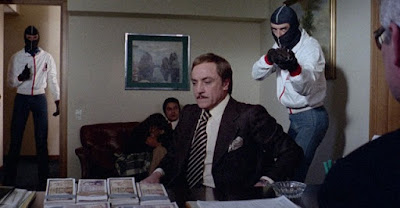 Last weekend I watched six movies, five of which I call sneaky Christmas movies. Everybody knows these movies, with Die Hard (1988) being THE sneaky Christmas movie. I have a running list on Letterboxd (as does almost everyone else) of movies that fall into this category called “An Unconventional Christmas” – movies that take place on or around Christmas, or have scenes set around the holidays, but aren't necessarily Christmas movies. Maniac (1980), Lethal Weapon (1987), You've Got Mail (1998) are all sneaky Christmas movies. Some are more obvious Christmas movies than others like Trapped in Paradise (1994), and some almost have no place on the list like Prometheus (2012), but they all count! I began my sneaky Christmas weekend with Michael Curtiz's We're No Angels (1955), a film Samm Deighan had recommended to me a couple years ago but for some reason I never got around to watching it. Starring Humphrey Bogart, Aldo Ray, Peter Ustinov, Joan Bennet, and Basil Rathbone, it's about three escaped convicts from Devil's Island in French Guiana who hole up with a family that runs a supply store. Bogart, Ray, and Ustinov have never been more charming or hysterical, making this a new annual watch to kick off the holiday season. 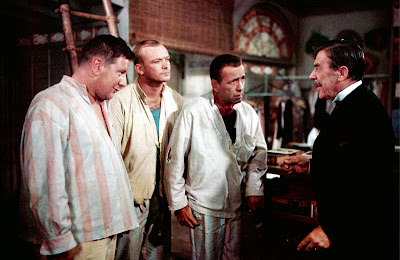 I followed that with a Barbara Stanwick-Fred MacMurray romantic comedy directed by Mitchell Leisen, and written by Preston Sturges called Remember the Night (1940). MacMurray is a District attorney who has been tasked with prosecuting repeat shoplifter Stanwyck. The trial is to take place after the Christmas holiday so MacMurray convinces the judge to let Stanwyck go home before heading to jail. After taking her to see her mother and realizing she's not welcome there, he takes her to his old-fashioned family Christmas instead and they develop feelings for one another. Being a fan of Double Indemnity (1944), I knew these two already had chemistry, but it was nice seeing them with stakes being a little lower this time. Next was Miracle on Main Street (1939) from Day of the Triffids (1962) director Steve Sekely, about a dancer in the Spanish quarter of Los Angeles and her beau who are on the run from the cops. She comes across an abandoned baby at a church on Christmas Eve, takes it home, and decides to raise him as her own. Ridiculous plot aside, it's fine but ultimately forgettable.

I ended this quad with a straight up Christmas movie that could very well end up on my discoveries of the year list. The Holly and the Ivy (1952) stars Ralph Richardson, Celia Johnson, Margaret Leighton, and Denholm Elliott as a family on the brink of collapse. Being a zealot for family dramas, this was a perfect way to wrap up Sadvember. Richardson plays an aging and absent-minded parson and father to three grown children who have all followed very different paths. Jenny (Johnson) has foregone her ambitions and romantic endeavors to stay at home and care for her father. Michael (Elliott) is completing his national duty, currently serving in the Royal Artillery. Margaret (Leighton), who isn't introduced until the second half of the movie, is the daughter who has moved to the big city to lead a cosmopolitan life. All three hold deep-seated resentments toward their father, whom they all think is out of touch with the real world and is blinded by his religion. The few moments of comedy are gold (especially a moment with a drunk Denholm Elliott), but the drama and the final scene between Richardson and Leighton is a deliciously warm and weighted blanket. One of my all time favorite movies is Edward Burns' The Fitzgerald Family Christmas (2012) and I all but guarantee Burns was inspired by The Holly and the Ivy. 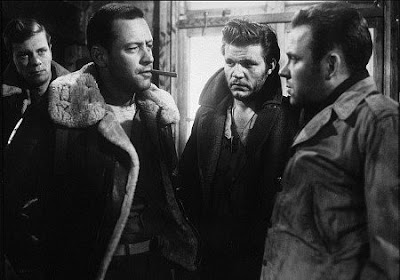 I kept the sneaky Christmas train rolling the next day with Billy Wilder's Stalag 17 (1953). I felt like the universe had been screaming at me to watch this for the past few weeks, and I'm glad I finally did on this particular weekend because I had no idea this was a sneaky Christmas movie. Culminating on Christmas Day 1944 it's about a group of American POWs in a German prison camp who are plotting an escape attempt. With a cast that includes William Holden, Otto Preminger, Robert Strauss, Peter Graves, and Neville Brand I was glued the entire time. Exciting and funny and touching, it's a Sunday Afternoon Dad Movie with a softer side. I wrapped my sneaky Christmas weekend with Tenth Avenue Angel (1948) starring Margaret O'Brien as a little girl who has a crisis of faith around Christmas time. It's Shadow of Doubt (1943) without the sinisterness and it's very sweet.