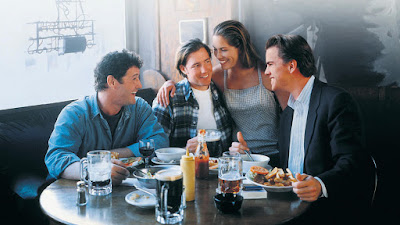 Even if you don't know or love every Ed Burns movie, you've got to be happy that Ed Burns exists.

If you've ever seen an Edward Burns movie, you probably have a good sense of who he is: Irish, from New York, an obvious fan and student of Woody Allen. His movies are easy to watch and easy to like, but maybe not always easy to remember. What makes Burns an important voice in cinema isn't so much what his films have to say, but rather that he continues to make movies at all. After bursting onto the scene as part of the '90s Sundance movement, Burns has quietly built a career as a true independent, finding new ways to shoot, finance, and distribute his work. He's a born filmmaker, someone who makes movies because he has to tell stories. He's written books, recorded commentaries, and given talks on how to have a career as a low budget filmmaker, and has devoted a big part of his career towards inspiring a new generation of filmmakers. He deserves to be celebrated. 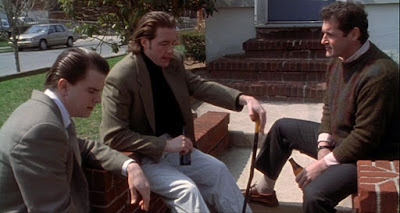 Burn's debut feature as writer/director is an engaging crowdpleaser that also served as his calling card in the movie industry: it's a dialogue-driven character piece about Irish Americans living in New York who sit around talking about relationships. It's basically every movie he would make, with a handful of exceptions. We get early glimpses of the ensemble he would eventually build with roles for Mike McGlone and Connie Britton, plus Burns as a well-meaning guy who's screwed up when it comes to love, a part he would return to many times over the course of his career. What's really significant about Brothers McMullen, though, is what an indie success story it was. Made for just $28,000 (using found locations and actors' own wardrobes), the film went on to win the Audience Award at Sundance, got bought by Fox Searchlight, and eventually grossed $10 million in theaters. It would set Burns down the path of independence for most of his career. Like many indie filmmakers who found success in the 1990s (think Robert Rodriguez going from El Mariachi to Desperado, or Kevin Smith graduating from Clerks to Mallrats), Burns' sophomore feature is essentially a re-do of his first film, only with Hollywood stars (including Jennifer Aniston, Cameron Diaz, Amanda Peet, and a then-unknown Leslie Mann) and a studio budget of $3 million. He's reworking a lot of the themes of his previous effort with a higher gloss, more consistent performances, and an incredible soundtrack of original Tom Petty songs. Cameron Diaz is especially good as a woman who comes between Burns and his brother, once again played by Mike McGlone. She did such interesting work in the '90s before being sucked up into the glossy machine of romantic comedies. She's the One lacks the homemade charm and some of the honesty of McMullen, but it's a better movie in most ways. 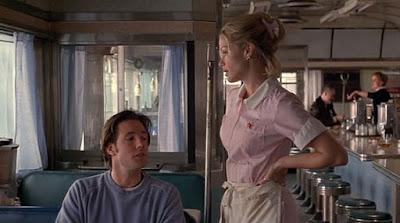 For a long time, I was dismissive of Burns' third film, an attempt to pivot to drama called No Looking Back (it originally had a much better title, Long Time, Nothing New, taken from a lyric in one of Tom Petty's songs for She's the One). I thought it was soggy and a little shallow and that it proved Burns is more clearly suited for comedy. Rewatching it to make this list, though, I see that I was wrong about the movie. It's quite good. Lauren Holly plays a waitress in small town New Jersey who begins to doubt her relationship with a townie (played by Jon Bon Jovi) when her ex (Burns) rolls back into town. What Burns captures so well in No Looking Back is a sense of place and of working class life often ignored on film. He also gives his best, most interesting performance to date in the film. This was a clear attempt by the filmmaker to stretch, but its failure (it grossed only $250,000 on a budget of $5 million) instead sent him back to what felt familiar. 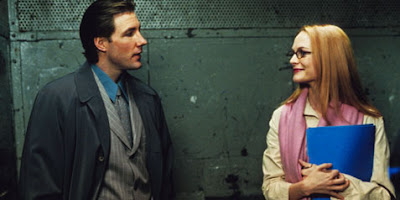 If Sidewalks of New York is Burns licking his wounds and playing it safe, it finds him doing it inside of what is arguably his best movie. This is the one most clearly influenced by Woody Allen, even adopting the man-on-the-street documentary interviews of Husbands and Wives. It's another ensemble comedy about relationships and (especially) sex, this time starring Burns, Heather Graham, Stanley Tucci, David Krumholtz, Rosario Dawson, and Brittany Murphy. Everyone is likable and charming, as is the movie. 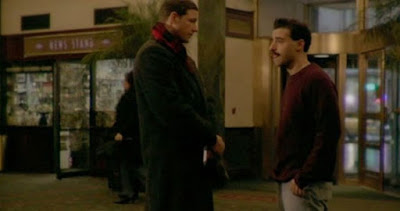 This is probably my least favorite movie on this list, though not because it's bad. It's a dramedy about two men (Burns and David Krumholtz) learning to accept loss told through the lens of a shaggy private eye buddy movie. It's charming enough and the performances are good; it just feels like a retread of Burns' previous efforts in a lot of ways. What makes it essential in the director's filmography is that it's a movie made in the wake of a bigger project falling through, shot on the cheap in run-and-gun style on the streets of New York. What started as a style Burns adopted on McMullen out of necessity is one he would return to here. Shortly after this, it would just become the way Burns shoots movies. 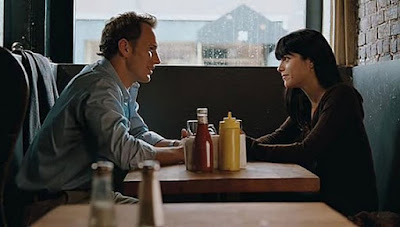 Throughout his very modest career, Ed Burns has quietly broken ground for independent filmmakers. He did it again with Purple Violets, an ensemble comedy drama that finds Selma Blair as a former author finding inspiration in a relationship with fellow author Patrick Wilson. Looking for new ways to distribute his indie movies, Burns turned to iTunes and Purple Violets became the first film to premiere exclusively in the iTunes store. The movie itself, like many of Burns' movies, is affable and more polished than many of his other films of the 2000s. Selma Blair, in particular, does a lot with the role, once again proving she should have had the opportunity to carry more movies. 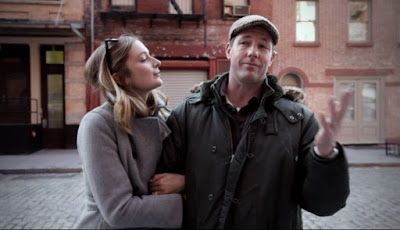 A career built on independence has built to Newlyweds, a film Burns made for just $9,000 (most of which went towards buying cameras with which he could shoot the movie guerilla style on the streets of New York). It's another relationship comedy about a married couple (Burns and Caitlin FitzGerald) whose relationship is put to the test when his sister (Kerry Bishé) comes to town for a visit. What started with Looking for Kitty has by now more or less become Burns' approach to filmmaking, and I love that he's not a guy who waits around to get budgets to make his movies. He just goes out and makes stuff because he's a real filmmaker. 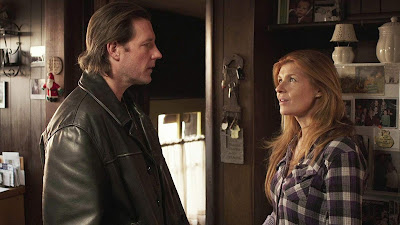 In many ways, this is the culmination of everything Edward Burns has done in his career to this point. It'a huge ensemble film about family and relationships and features many of his usual actors, making it the largest collection of the Ed Burns players on screen: himself, Connie Britton (The Brothers McMullen, No Looking Back), Heather Burns (The Groomsmen), Kerry Bishé (Nice Guy Johnny, Newlyweds), Marsha Dietlein (Nice Guy Johnny, Newlyweds), Caitlin FitzGerald (Newlyweds), Mike McGlone (The Brothers McMullen, She's the One), Nick Sandow (No Looking Back). It also grants one more good role to the late, great Ed Lauter, playing the estranged family patriarch around whom the story revolves. Like so many Burns movies, the best thing that can be said about it is that it's very pleasant, but that's all it really aims for. Burns makes small movies about love, family, and relationships. He does exactly what he wants to be doing. That's a beautiful thing, isn't it? 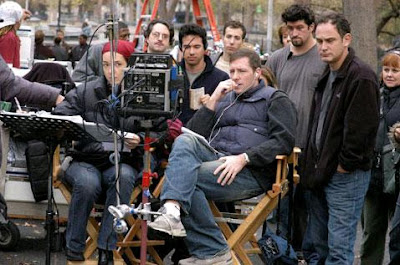