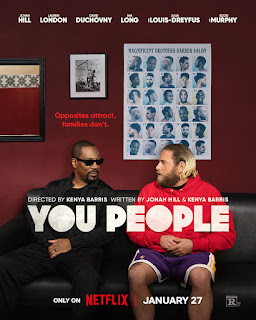 Indulge me in a bit of cinematic archeology: There was a time, not so long gone by now, when studio comedies thrived on the Apatow house style, a blend of high(ish) concepts and sharp improvisation that bred hit films like The 40-Year-Old Virgin, Knocked Up, and Superbad. Though writer/director Judd Apatow did not contribute directly to every project under that banner, his fingerprints were all over the late 2000s, and his band of indecent manchildren were icons in college dorms in the same way Adam Sandler and his Happy Madisons had been in the years before. The idea was simple: Gather some brilliant improv comics, give them loose scene premises, and let them riff. Cadence and pacing, well, those would be found in editing; Apatow’s style was less about the story than it was about the irreverent pathos of his characters. Though this approach was codified in some bonafide generational classics, it wasn’t long before the worst studio comedies became 130 minutes of exasperated jazz presented in flat, lifeless two-shots. 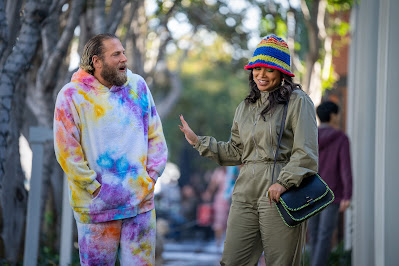 It was hard not to think about Apatow while watching You People, Netflix’s latest roll of the algorithmic dice. Jonah Hill stars as Ezra Cohen, a Los Angeles stock broker whose real passions lay in the pop culture podcast he hosts with his best friend, Mo (Sam Jay). Though Ezra was raised on what he describes as “hip-hop culture,” he can’t shake the influence of his upper-crust Jewish parents (Julia Louis-Dreyfus and David Duchovny, both somehow now old enough to have sired the 40-year-old Hill), who insist that he marry one of the nice girls from the synagogue. When Ezra reveals his intentions to propose to the decidedly un-Jewish Amira Muhammad (Lauren London), however, the Cohens must learn to sheath their microaggressions or face the remonstration of Akbar (Eddie Murphy) and Fatima (Nia Long), Amira’s parents and devout members of the Nation of Islam. Will Ezra and Amira’s star-crossed love survive? Will old systemic wounds be healed? Will comedy legend Rhea Pearlman have any lines in this movie?

The answer is somewhere between the layers of black-ish creator Kenya Barris’ jarring clusterfuck of a feature debut, a film about as well-meaning and tone-deaf as Louis-Dreyfus’ hastily-Googled sermon on African weaves or Duchovny’s off-key rendition of “Ordinary People.” It’s a comedy that rarely attempts a joke, a romance that so thoroughly mishandles genre tropes that you’ll actually find yourself rooting against the couple by the film’s haphazard storybook finish. Though Barris and co-writer Hill have a clear (if well-worn) premise in mind — Can love cross ethnic and cultural boundaries? — You People’s incoherent construction and lack of narrative or character consistency leave its larger messages (if, indeed, there are any) impossible to decipher. What remains is a tangled hodgepodge of moments from much better movies: a little Guess Who’s Coming to Dinner here, a little Meet the Parents there. None of it adds up, and its last-minute pivot to a tired rom-com climax reeks of insulting desperation. 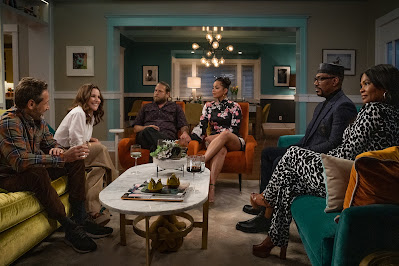 And then there’s Eddie Murphy, whose turn as ‘70s cult film icon Rudy Ray Moore in 2019’s delightful Dolemite is My Name should have signaled a career resurgence. Instead, Murphy has so far parlayed that juice into a pair of victory laps (the tepid Coming 2 America, co-written by Barris, and the upcoming Beverly Hills Cop: Axel Foley) and what amounts to the fourth or fifth lead in You People. Menacing glares aside, Murphy has astoundingly little to do in the film, and his alleged banter with Hill is so lousy and ill-conceived that it leaves both stars out to dry. For better or worse, Murphy dictates the energy in his films, and the best of them thrive on his gravitational pull. But he’s totally lost in You People, which has the audacity to sideline him — literally; he spends most of the film sitting or standing in corners — at every turn. Barris surely had a pitch with Murphy in his pocket (and Hill, though his character should be ten years younger and played by Pete Davidson), but he thoroughly failed to take advantage. 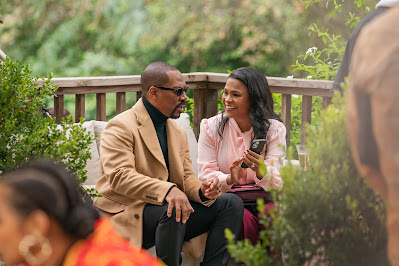 If there’s anything to recommend here, it’s Barris’ raw energy — sweaty, stylistic shots of L.A. landmarks act as interstitials that will distract from or reinforce his shaky grasp of plot, depending on the viewer — and Lauren London’s winning performance as Amira. Everything else in You People, though, is an incompetent miscalculation, a bloated attempt at an “issues comedy” that fails to develop any of the themes or theses it introduces. It hopes you’ll be distracted enough by the so-called Truth Bombs it’s dropping to realize that it doesn’t actually break any new ground in those discussions or offer anything more than the self-evident conclusions audiences will have already come to in the first five minutes. While you’re sure to read a number of condescending positive reviews from white writers who lack the balls to call You People on its bullshit, the truth is that the people who make up its world — and our own — deserve a better, smarter movie that treats these issues with the respect and complexity they deserve.

You People is in select theaters now and hits Netflix on Friday, January 27th.
Posted by Patrick Bromley at 12:00 PM