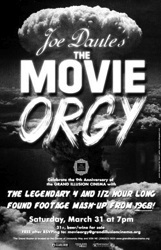 In 1968, obsessive film geeks Joe Dante and his friend Jon Davison began creating their own epic movie mash-up: they would screen a print of an old B-movie, but then every so often switch over to another projector onto which they had spooled their own compilation of strange and funny movie clips -- industrial films, old commercials, cartoons, kids' shows -- and then switch back to the movie proper whenever they felt like it. The whole thing ran about SEVEN HOURS and became hugely popular on college campuses across the country. It eventually picked up sponsorship from the Schlitz beer company, who figured out this was the kind of event at which they might sell a lot of beer. The Movie Orgy actually ended up being profitable for Dante; in fact, the money he made from those screenings was the only thing keeping him afloat during those lean years spent working for Roger Corman.

After hundreds of screenings, The Movie Orgy disappeared for years, existing only in stories, thought to be forgotten forever. A few years back, Dante came across a beat up 16mm print at his house, transferred it to digital and experimented with tacking it onto the end of the week-long series he was programming at L.A.'s New Beverly Theater. It was a big hit, leading Dante to believe it might still have some life left in it. So he continued to screen it from time to time -- again at the New Beverly, in Venice, at the Museum of Modern Art. But seeing it was still this unattainable thing for a dummy from Chicago like myself. I would read about the screenings and be crazy with jealousy that my favorite director had made this legendary, one-of-a-kind thing, and I was never going to be able to see it. 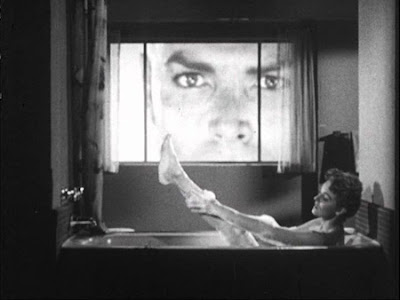 Dante brought the shortened, 4 and 1/2 hour cut of The Movie Orgy (the only version that is still screened) to Chicago this past weekend for a special, one-time-only screening just one night after showing a double feature of the as-yet-unreleased The Hole and Gremlins 2: The New Batch. Just under 70 of us piled onto a couple of couches and some metal folding chairs inside the city's Nightingale Theater, a small screening room devoted to "micro cinema," which, I understand, is a thing. Joe Dante introduced the movie, explaining that it's the kind of thing that's "meant to be walked out on" -- that if one was to leave and get a pizza or a six pack of beer and come back in, he/she wouldn't have missed anything. In fact, as far as the beer is concerned, it might actually help.

He was being self-deprecating, of course, and selling the movie a little short. Yes, the running time can be punishing. Yes, there is no traditional "structure" to the movie, meaning it can be dropped in and out of relatively easily. But what seems like it should be an experimental novelty is actually incredibly entertaining -- so much so that to only see half of it is to miss out on half the fun.

For a movie that lasts over 4 and 1/2 hours, The Movie Orgy feels surprisingly short; if not for the fact that I was sitting on an uncomfortable folding chair, I don't think I would have felt the running time at all. That's probably because it cuts around so often, never lingering on anything long enough for it to drag (when the movie does stay on a clip, it's always something that's interesting and good, like Groucho Marx interviewing a body builder and a housewife in an old You Bet Your Life segment). Plus, Dante and Davidson show a gift for comic timing in their editing. It's never too long between jokes, and that space is typically being used to set up the next punchline. The filmmakers show tremendous patience in their willingness to take their time properly building to a laugh; at one point, they let an entire, seemingly superfluous scene play out before revealing that we're actually seeing another clip from Speed Crazy. The punchline is one of the biggest laughs in the entire movie. Their patience pays off.

And though there isn't any real narrative thrust to The Movie Orgy, there kind of is. Extended clips from movies like Attack of the 50 ft. Woman (1958), Earth vs. the Flying Saucers (1956) and the aforementioned Speed Crazy from 1959 are dropped in throughout the movie, giving us just enough of the plot to let us know what we've missed since the last clip, and creating a "story" of some kind. It's not just a mess of disassociated footage. Characters show up again and again, from Mighty Mouse to Richard Nixon to Andy Devine, the super religious and super weird host of the super religious, super weird children's show Andy's Gang. 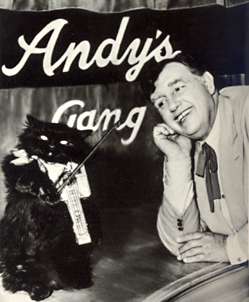 The real story of The Movie Orgy is just how much of who Joe Dante is as a filmmaker was on display even when he was just a college kid goofing around. There's a thick streak of anti-war sentiment that runs through the movie. It's anti-authority. It's absurd and energetic. It's a celebration of all the things Dante loves, like '50s drive-in and monster movies and Looney Tunes cartoons. The clips all interact with one another, too, in a way that suggests the directors knew exactly which scene to use from which movie and when. That's only possible when someone has an encyclopedic knowledge of these kinds of films. It's the same kind of knowledge that has allowed for all the references and allusions that inform so much of his work.

The Movie Orgy isn't so much a movie as it is an experience. Either that, or it's more movie than any other movie I've ever seen. It is, as insufferably douchey as it sounds, PURE CINEMA. It's the Kuleshov effect put to use over and over and over again -- these unrelated images take on new meaning because of the way they are cut together. Even the construction of the movie gets right at the heart of cinema: two guys combing through hours and hours of old strips of film, splicing them together by hand with pieces of tape, running it through the projector themselves, switching back and forth between the projectors and creating the experience as it happens.

Oh, and the movie is a goddamned hoot. 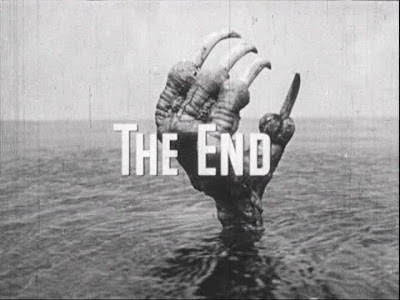 Posted by Patrick Bromley at 5:13 AM