10 Movies You Forgot Had Wrestlers in Them 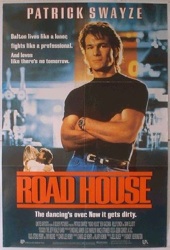 A whole bunch of wrestlers have tried to become movie stars. Not these wrestlers. 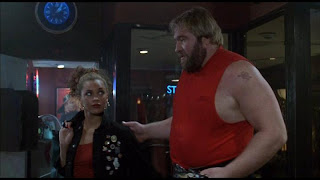 1. Big John Studd, Harley Davidson & the Marlboro Man - Pretty much everyone has a stupid name in this underrated 1991 buddy movie, so it should come as no surprise that Big John Studd's character name -- "Jack Daniels" -- is actually stupider than his wrestling name. Big John doesn't have to do much in the movie but be huge, but his departure halfway through is a good indication that Harley (Mickey Rourke) and Marlboro (Don Johnson) are out of their league. The movie is worth checking out for movie fans with a pretty high tolerance for late '80s/early '90s nonsense. I totally dig it. 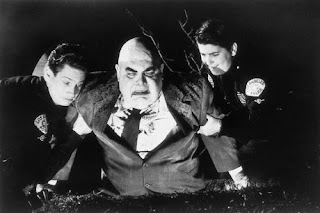 2. George "The Animal" Steele, Ed Wood - Still the best movie Tim Burton ever made by a pretty wide margin. The casting of George "The Animal" Steele (most famous for eating the turnbuckle after matches, having a hairy back and stalking Miss Elizabeth [RIP]) is very meta, as he plays Tor Johnson, himself a wrestler and the big, bald zombie Lobo in Plan 9 From Outer Space. So you have a wrestler trying to act played by a wrestler trying to act. In this, Steele is totally convincing. Lobo would have to struggle with this problem every day. 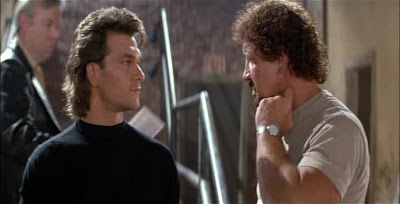 3. Terry Funk, Road House - It's a testament to the craziness of 1989's zen bouncer epic Road House that Terry Funk's appearance as one of Ben Gazzara's henchmen seems totally normal. Funk, a pro wrestling legend since 1965, doesn't register much in a movie so chock full of throat ripping, blind musicianship, Kelly Lynch's tablecloth dress and FUCKING SWAYZE, but he's at least authentic and has the advantage of performing his own stunts. For a much better Terry Funk movie, check out the 1999 documentary Beyond the Mat, where you'll also discover how much the life of Jake "The Snake" Roberts inspired Robert Siegel in writing The Wrestler. 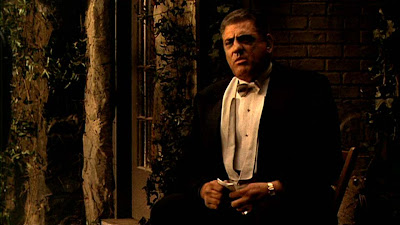 4. Lenny Montana, The Godfather - Way more people will remember wrestler Lenny Montana from his role as Luca Brasi in The Godfather than they will from his days in the squared circle. That's as it should be. Legend has it that Montana only ended up on set working as an enforcer for legitimate mob guys who were around to monitor the depiction of their business in the movie (the movie couldn't use the word "mafia," for example). Now Luca Brasi sleeps with the fishes. 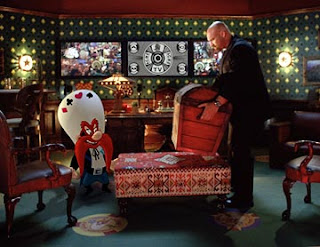 5. Bill Goldberg, Looney Tunes: Back in Action - Bill Goldberg -- who wrestled under just the name "Goldberg" (Judaism's answer to Stone Cold Steve Austin) -- acted in a handful of movies, including Santa's Slay and Universal Soldier: The Return, but for the life of me I can't figure out what he's doing in Joe Dante's underrated 2003 effort (his last theatrical release in the U.S. until The Hole played on a handful of screens earlier this year). The whole cast is a mixed bag of eclectic "personalities," from Steve Martin to Timothy Dalton to Jenna Elfman to Mary Woronov, so I guess throwing in a wrestler isn't really that big a deal. Oh, and SPOILERS he's actually revealed to be the Tasmanian Devil wearing Goldberg skin suit. It's a long way from Space Jam. Which is THE POINT. 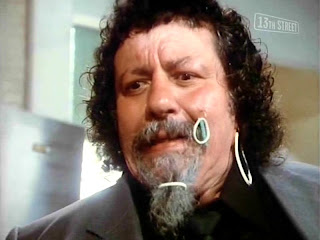 6. Captain Lou Albano, Wise Guys - Ok, technically he was more famous for being a manager than for wrestling, but few faces are more identifiable with the "rock and wrestling" connection of the 1980s than Captain Lou. That might be because his face had rubber bands in it. Albano, who also popped up in a number of Cyndi Lauper videos in the early and mid '80s, shows up in Brian DePalma's 1986 crime comedy as a mob enforcer, more than likely cast for his colorful personality than any legit acting chops. Albano's best work would come later as hardworking Italian plumber "Mario" on The Super Mario Brothers Super Show.

7. Triple H, Blade: Trinity - Almost everything about the third Blade movie is the worst, save for Ryan Reynolds' name tag ("Hello My Name is FUCK YOU"). It's a movie with a crazy cast, from Parker Posey as a vampire to Patton Oswalt as the "Q" to wrestler Triple H as an undead henchman (wrestlers play a lot of henchmen). He's ok, I guess, but the movie never really takes advantage of his size. He should be a lot scarier and imposing than he is. 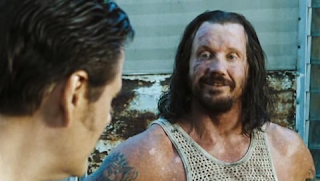 8. Diamond Dallas Page, The Devil's Rejects - Speaking of movies with crazy casts. Rob Zombie prides himself on the offbeat collection of actors he gets to show up in his movies -- many of them former horror and cult stars of the '70s and '80s -- and 2005's Devil's Rejects (still his best movie) boasts a cast that includes Ken Foree, E.G. Daily, Brian Posehn, Priscilla Barnes, P.J. Soles, Ginger Lynn and Michael Berryman. Danny Trejo and former wrestler Diamond Dallas Page play bounty hunters called "The Unholy Two," and they get by on their screen presence and their baggage -- we know Page from his days as a wrestler (the casting is kitschy, but so is EVERYTHING in Zombie's work) and Trejo for being DANNY F'ING TREJO. Only one of them is the wrong Mexican to fuck with. 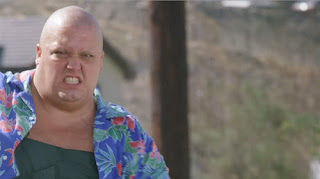 9. King Kong Bundy, Moving - This is sort of a trick, I guess. Not everyone remembers that corpulent bad guy (and main event heel from WrestleMania 2, in which he wrestled Hulk Hogan IN A STEEL CAGE) King Kong Bundy was in the 1988 Richard Pryor comedy Moving, but that's because not everyone remembers the 1988 Richard Pryor comedy Moving. 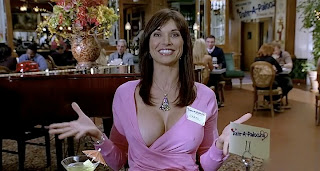 10. Kimberly Page, The 40-Year Old Virgin - Former wrestler/manager and wife of Diamond Dallas Page Kimberly Page showed up in a bit part in Judd Apatow's breakout movie as the woman whose boob popped out during speed dating. Her biggest contribution (SEE WHAT I DID??) was her willingness to show one freaky boob.
Posted by Patrick Bromley at 7:14 AM