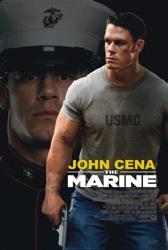 A few weeks ago, we ran a piece on Movies Your Forgot Starred Wrestlers. While that was a fun trip down memory lane, it left off too many noteworthy performances from the stars of the squared circle. Problem solved! 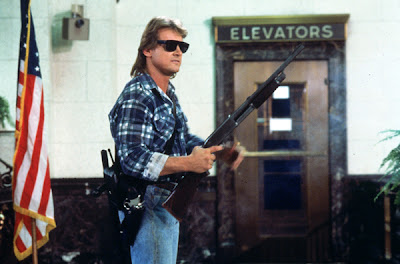 1. "Rowdy" Roddy Piper, They Live (1988) - Roddy Piper's portrayal of hero John Nada in John Carpenter's satirical sci-fi classic is quite possibly the best performance by a wrestler ever; yes, technically Dwayne "The Rock" Johnson is much, much better on film, but he was pretty quickly considered an actor first and a wrestler a distant second. Though he appeared in a whole bunch of movies and TV shows, Piper was always considered a wrestler trying to act. He's the perfect Carpenter hero in They Live: tough, silent, world-weary and sarcastic when called upon to be so -- plus he kicks a lot of ass. 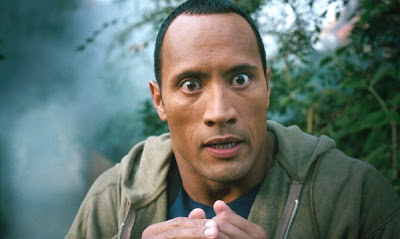 2. Dwayne "The Rock" Johnson, Southland Tales (2007) - Listen. LISTEN. Before your head explodes at the thought of including what is arguably one of Dwayne Johnson's "worst" movies on a list of great performances (though I would not agree) when there are several good action movies to choose from, try and divorce the performance from the material. The Rock is a great movie star, able to project warmth and charisma, a sense of humor and utter, hulking badassery. He's a rare combination. But those things come pretty effortlessly to him. What he does in Richard Kelly's disastrous (though I would not agree) sophomore movie requires Johnson to push himself. He skewers his own image by playing a guy who should essentially be The Rock, but who instead is suffering from memory loss, paranoia and is possibly going crazy. Watching The Rock comically twiddle his fingers when he gets nervous seems like a miscalculation of cartoonish overacting the first one or two times we see it, but becomes an inspired choice the more it goes on. Johnson seems to understand what movie he's in, even if he has no idea what it's about. In that, he is not alone. 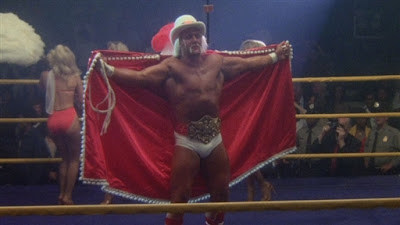 3. Hulk Hogan, Rocky III (1982) - For a long time, professional wrestlers were cast in movies primarily as professional wrestlers. Makes sense. Few of them made much of an impression, though, with the notable exception of Hulk Hogan's appearance as "Thunderlips" in Sylvester Stallone's mostly-terrible (sorry, Mike) Rocky III. Released at the very start of the pro wrestling boom in the '80s, Hogan personified everything that made the "sport" so popular -- he struts around with great bravado, he's theatrical, he picks Rocky up and tosses him around like he's nothing as if to say "Wrestling is here, so fuck you all." Hogan would eventually have something of a movie career, building a body of work of embarrassing titles including No Holds Barred, Mr. Nanny and Santa With Muscles, so it's saying something that his best work was his 15 minutes at the beginning of Rocky III. 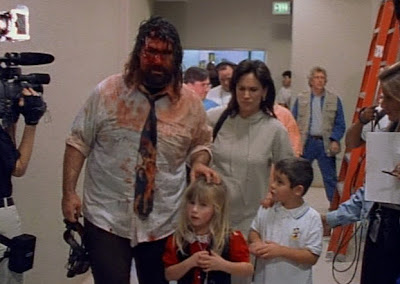 4. Mick Foley, Beyond the Mat (1999) - This may seem like a cheat, since Beyond the Mat is a documentary and Foley is just playing himself. But look beyond that fact and you'll see a great performance -- a warm, funny, humble family man with an incredible tolerance for pain and an insane drive to punish his body for the entertainment of the audience. Had many people outside of the wrestling fan community seen Beyond the Mat, it probably would have made Foley (aka Mankind, aka Dude Love, aka Cactus Jack) a mainstream star even sooner than he (sort of) became one. It's tough to walk away from the movie and not like him, even if you can't understand or don't agree with his choices. Side note: two of the other pros profiled in the movie, Terry Funk and Jake "The Snake" Roberts, could just as easily made this list, with Roberts having the distinction of clearly inspiring Mickey Rourke's character in The Wrestler. 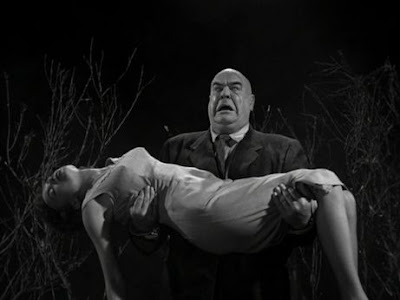 5. Tor Johnson, Plan 9 From Outer Space (1959) - A performance that's more iconic than great, Tor Johnson's portrayal of a cop who becomes the undead has been made famous by years of clips and memorable stills from the so-called "worst movie ever made" (it is far from the worst movie ever made). This one earns bonus points for providing the basis for another wrestler, George "The Animal" Steele, to play Johnson in Tim Burton's great Ed Wood. 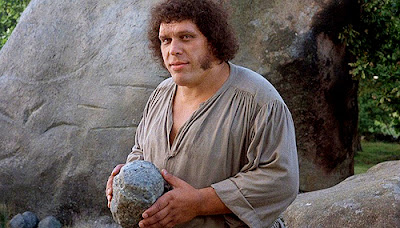 6. Andre the Giant, The Princess Bride (1987) - One great thing in a movie full of great things, Andre the Giant's performance as Fezzik is so essential to The Princess Bride that director Rob Reiner has basically said that the movie wouldn't have been possible without him. Finding a guy of his size (I mean, Giant is his LAST NAME) and his gentle, sweet demeanor should have been, in the words of Vizzini, inconceivable -- easy for William Goldman to write as a fairy tale character, but not the kind of person that exists in real life. It's like Andre the Giant was invented just so they could make movie out of The Princess Bride. 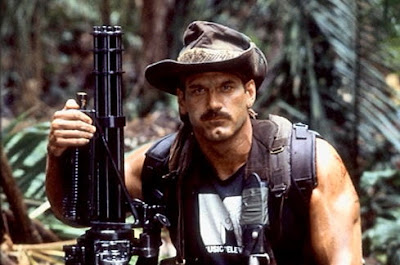 7. Jesse Ventura, Predator (1987) - The former wrestler-turned-commentator-turned Minnesota governor-turned-conspiracy theorist kook made his debut alongside Arnold Schwarzenegger in this action/sci-fi classic, not just holding his own but standing out as the biggest badass amidst one of the greatest team of badasses in movie history. He would pop up in a few more Schwarzenegger movies (including The Running Man and Batman & Robin), but never made the impression he does in Predator. Of all the mid-movie deaths, his is the most deeply felt.

8. John Cena, The Marine (2006) - Ok, John Cena's performance as The Marine in The Marine does not qualify as "great." Nothing about The Marine qualifies as "great." It's as ridiculous a stupid action movie as we ever got in the '80s heyday, just made 20 years too late, and Cena is very serviceable as the hero of exactly that kind of film. Had it been released in 1987, Cena would have had a career as an action star at least until the bottom fell out in the mid-'90s. It's hardly a great performance, but it should have led to bigger and better things. Instead, it led to stuff like this:

9. Stacy Keibler, Bubble Boy (2001) - The one-time wrestler and future girlfriend of George Clooney barely appears in the mostly tasteless but much funnier-than-you-would-expect comedy Bubble Boy, but makes the most of her screen time. Mostly by mud wrestling:

10. Kevin Nash, Magic Mike (2012) - Steven Soderbergh is a filmmaker who loves to mix some authenticity in with the artifice of moviemaking, and there a lot of touches in his excellent Magic Mike that speak to this skill. The casting of wrestler Kevin Nash as the biggest -- and least talented -- of the male strippers on who the movie focuses is clever because it juxtaposes his size and physique with a total lack of grace. Keep an eye on him during the group dancing scenes. He's no good. It's another nice little detail in a movie full of them, and elevates Nash's performance to something special without him even realizing it.
Posted by Patrick Bromley at 7:31 AM