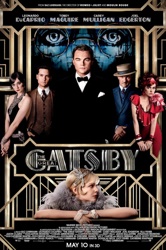 Find a nice quiet room. Turn on four stereos, each playing different styles of music. Now invite over 500 people who have been drinking all day and doing speed all night. Pick the most boring person of the bunch and ask them to read you The Great Gatsby. This, my friends, is what the first 30 minutes of Baz Luhrmann’s The Great Gatsby feels like. I wanted an ejector seat. It felt like Vietnam. Then a miracle happens. The movie settles down and while never becoming good, it ceases to be terrible.

The Great Gatsby is a movie where the director’s vision is at odds with the source material and an earnest cast. It reminds me of Tom Hooper’s Les Miserables in that way. Credit to Baz Luhrmann for really going for it, as he always does. It’s just that his take on "going for it" is often tone deaf and always excessive. He’s a lot of imagination with no discipline. 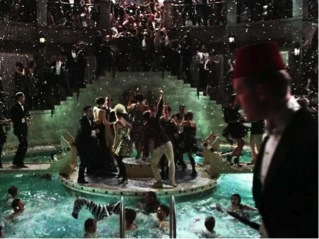 The plot in brief: Writer and bond salesman Nick Carraway (Tobey Maguire) comes to New York City during the height of the roaring '20s – excess, drinking, jazz music, etc. Nick moves next door to a mysterious, party-giving millionaire, Jay Gatsby (Leonardo DiCaprio), and across the bay from his cousin, Daisy (Carey Mulligan) and her brutish husband Tom Buchanan (Joel Edgerton). Nick identifies with and admires Gatsby and the two soon become BFFs. Gatsby uses Nick to get back together with Daisy, who just so happens to be the love of Gatsby’s life. Tom doesn’t like this, and that’s when the shit gets real.

The main criticism of The Great Gatsby has to do with the way it is shot: this is the first movie I can recall that I saw in 2D that felt like it was in 3D (may G-D have mercy on your soul if you actually see it in 3D). It looks like The Aviator if it were shot in High Frame Rate, which makes the actors feel removed from their surroundings. There’s also a lot of motion blurs near the beginning, also a side effect of the 3D. It’s most pronounced when Luhrmann is tracking or dissolving into new shots. It’s a major problem, because the camera is almost never still during the first half of the movie.

The anachronistic use of hip-hop music is random and unnecessary. It’s clear the intent is to modernize the material, but why not then set the story in present day? As it is, the music distracts more than anything. Sure, it injects energy, but in a way where you’re just questioning if Luhrmann understands the material or rather is making The Great Gatsby plot line fit his usual parade. 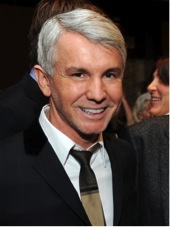 Luhrmann seems to have no real grasp of what makes Gatsby succeed as a book. A lot has to do with themes and prose, but this is what he does the least successfully in his adaptation. I’m not sure if he (as a co-writer) adapted the text or took it straight from the book, but the way it is presented and narrated make it all sound like functional dialogue or clumsy ruminations of a teenage boy who thinks he’s very deep.

In terms of themes, the book is definitely in part a critique on the decadent lifestyle of the wealthy and of classicism overall, but that never comes across in the movie. By the end, Carraway is supposed to be sickened by it all but it never feels that way. It seems thrown in because it’s a plot beat from the story. All of the themes that stuck with me from the movie were related to romance; too bad the romance is pretty flat due to an utter lack of any chemistry between Leonard DiCaprio and Carey Mulligan. Aspects of the plot -- like Gatsby being an obsessive and a criminal -- are touched on but glossed over. 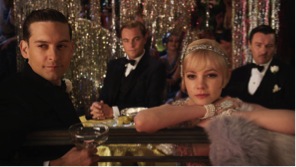 The performances are strong when they’re not getting swallowed by the director’s style. Leonardo DiCaprio is allowed to be charming, skittish and naïve on top of his usual brooding. Carey Mulligan makes a functional Daisy. The character is a dolt and she plays her appropriately. Tobey Maguire has the most trouble of the leads; he’s neither a very natural narrator nor a charismatic leader to follow through the movie. The best performance probably comes from Joel Edgerton. He’s very arch, but there’s a certain forcefulness about him that makes you perk up when he’s onscreen.

Unlike, say, Michael Bay, I think Baz Luhrmann’s heart is in the right place. Both are artists of strong worldviews and whatever material they tackle ends up being more about the creator than the creation. The problem with Baz is that he’s sort of inept at telling a story and for a man so in love with romances, his romances never come to life. I hope he has a really good movie in him one of these days. I don’t know. Shouldn’t he have had one by now?
Posted by Patrick Bromley at 11:53 AM