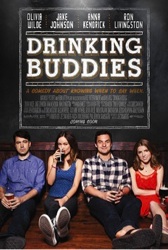 There’s a movie available On Demand that you should be watching RIGHT NOW. It’s that good. Stop reading this, watch Drinking Buddies and then come back.

Take my word for it -- Drinking Buddies is awesome.  I watched it twice during my 48 hour rental. It’s the best relationship movie this year, and that includes the overpraised Before Midnight, which is fine, but honestly, whatever, I don’t need to see Jesse and Celine ever again. I read a user comment on Rotten Tomatoes saying that “nothing happens” in Drinking Buddies. That person is admitting to the internet that he or she is stupid. None of you are stupid. You will see that a lot happens in this movie. It’s a show-don’t-tell-athon. It hits that indie sweet spot of being something different without calling attention to its quirk, like that stupid The Way Way Back movie which is about as deep as a Kraft Single. Drinking Buddies is a pack of 24 Kraft Singles. It’s 24x better than The Way Way Back. F that movie! 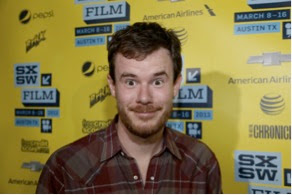 The plot in brief: Kate (played by Olivia Wilde) and Luke (Jake Johnson, who I almost always accidentally call Jack Johnson or Jake Johansen) are co-workers at a Chicago craft brewery (basically the inside of Mark Ahn’s brain) and have reached that point in their friendship where the line between friends and more than friends sort of needs to be addressed. The trouble is that both are in relationships with other people. Kate is dating Chris (Ron Livingston, who between this, The Conjuring and being married to Rosemarie Dewitt in real life is slowly becoming my hero), a yuppie music producer that is the type of guy that the book Stuff White People Like was written about and Luke is living with Jill (played by Anna Kendrick), a schoolteacher who is pretty awesome herself. The foursome share a weekend at Chris’ cabin, things happen and some messy after-effect is in need of dealing with. But that’s not all  Drinking Buddies is about, and this is where the movie goes from good to being great. It could have stopped at being about that weekend but it doesn’t. It’s too smart for that.

Drinking Buddies was directed by Joe Swanberg, whose work I’m woefully behind on. I’ve only seen his Skype segment in the first V/H/S and his 2008 movie with Greta Gerwig called Nights and Weekends, which is also worth seeing. He’s part of that mumblecore mafia along with Jay and Mark Duplass and Ti West – who has an amusing supporting part in Drinking Buddies as Dave, a sort-of equal parts nice/rational guy and douchebag. As evidenced by Drinking Buddies and Nights and Weekends, Swanberg is excellent at depicting conversations where about three different things are happening at once: the literal, the subjective from character A and the subjective from character B. Drinking Buddies has many conversations where you know that what is being said is not what the characters want to or are capable of expressing. That’s exciting as a viewer. 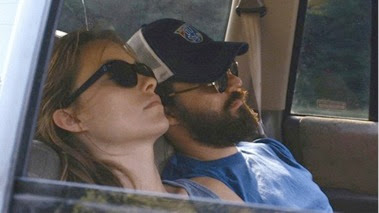 To counterpoint, I saw (and enjoyed) The Wolverine this weekend, but none of its action sequences got my pulse racing like a simple conversation about marriage between Jake Johnson and Anna Kendrick in Drinking Buddies. She’s impatient but trying not to show it because she doesn’t want to upset him, he is on board but also monitoring another situation and committing to getting married would make that effort impossible. See what I mean? A lot is going on in these conversations. This is how you know you’re old -- when you get your movie nut from people talking.

Even more impressive, Drinking Buddies was entirely improvised. There was no script; the actors only had a vague outline of the order of events. As a person who has done improv for an extended length of time, holy shit! The performances from really everyone in Drinking Buddies are tremendous. The most surprising one comes from Olivia Wilde. Around the time of The Incredible Burt Wonderstone, Patrick and I were talking about how we don’t know how to feel about Olivia Wilde as an actress. Besides the obvious attractiveness, there never seemed to be too much "there" there for me. Her performance in Drinking Buddies is a Channing Tatum-level surprise in my eyes. Wilde is completely charming in this movie – always spunky and relatable. Every man has met her character at some point in their life: the type of woman who can make most guys feel like they’re the most charming, important person in the room. Olivia Wilde nails that sensibility. Jake Johnson is her equal, but it was less of a surprise – he’s always great. Building on his excellent performance in Safety Not Guaranteed, Johnson is such a nimble comedian but he never mugs, always staying a real person. He also adds a masterstroke of characterization to Luke: he is very good at Blackjack. This informs every conversation he has in the movie because you can tell he is observing a lot of angles to what is going on. Where Wilde’s character is shown to be impulsive, Johnson’s is more calculating. Anna Kendrick continues to be an actress you look forward to seeing. She’s never a manic pixie dream girl type, but rather another person you know with a practicality thinly veiling an inner goofball.

I love what this movie has to say about relationships. It feels fresh. It covers what it’s like to be a woman that guys fawn over but can’t commit to when the fantasy is replaced by the reality (i.e. the woman is a little bit of a mess) and also men’s tendency to want to “rescue” women when that might not be called for at all. Is chemistry enough? Are having shared interests THAT important to finding THE BEST romantic partner FOR YOU in the long-term? There are no easy answers, and Drinking Buddies knows that. The movie also delves into status very astutely. Do you see yourself as blue-collar or white-collar and what are you really, personality wise? I find it interesting in the poster for Drinking Buddies that Jake Johnson is shown clean shaven and wearing a button-downed shirt when in the movie he’s got a huge beard and always looks like he’s Bruce Springsteen in the mid to late '70s. I think his beard is more than just a beard. It’s a character move; can a guy with THIS BEARD be taken seriously by a woman who sees herself to be white collar-worthy? The movie closes on a great moment which I will not spoil but says everything with no dialogue; just French fries and a banana. Two food items tell the audience the standing and future of a relationship. See what I mean – show, don’t tell!

You know what? Drinking Buddies is my new favorite movie of 2013 and one I want to bring to your attention so it’s not overlooked by our awesome community. F! This Movie!

Drinking Buddies is now available On Demand, on iTunes, Amazon Instant Video and in theaters on August 23rd.
Posted by Patrick Bromley at 11:46 AM