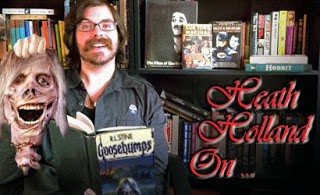 Let’s try to settle this once and for all.

The debate has raged on for hundreds and hundreds of years. Socrates and Plato hashed it out in Ancient Greece during a series of epic debates that are still studied in philosophy classrooms today. It was the cause of both the English and American Civil Wars,  as brother turned against brother and picked up arms to defend their stance. And, most recently, the politicians in Washington have been so unable to agree on what kind of movie it is that the government has actually entered a shutdown.

In one corner are those that say Alfred Hitchcock’s masterpiece and most famous film Psycho is not a horror movie, but rather a suspense movie with psychological elements, intended to merely thrill the audience and make them squirm in their seats.

In the other corner are those who say that Psycho was a landmark movie in the horror genre because it opened up the types of stories being told in horror movies and moved beyond monsters and aliens. 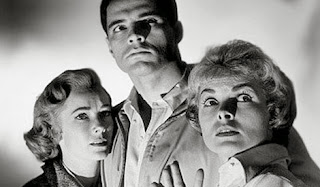 If you haven’t seen Psycho, you should stop whatever you’re doing and go watch it right now. It’s as good as film gets and deserves to be seen and studied and loved forever like the perfect creation that it is (I sleep with a copy of it under my pillow). This column will spoil MANY things for you if you’ve never watched it. Beware! Abandon all hope, ye who enter but have not seen Psycho.

The arguments for the "suspense movie" position make a lot of sense. Only a couple of murders are shown on the screen. Despite suggestions and clues, the killer remains a mystery right up until the last few minutes of the movie, therefore lending the film the qualities of a whodunit.

Also, it’s mostly a quiet, character film. It’s a potboiler that slowly ratchets up the intensity. For half the movie, we’re following Janet Leigh’s character as she commits a crime and flees the authorities. For the other half, we’re wondering what exactly is going on and who’s behind the knife. There’s no graphic gore, few --if any-- jump scares, and merely the suggestion of the supernatural or occult.

Hitchcock’s greatest talent was in pushing the buttons of his viewers; that’s what he does more than anything else in Psycho. His characters are fully realized and feel like real people, so we are uncomfortable when they are uncomfortable. We’re nervous when they’re nervous and worried when they’re worried. What Psycho excels at is tension. The film is packed (like peanuts in a Snickers bar) with little moments that unnerve the audience and set us on edge. 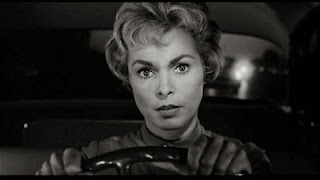 In this sense, the movie is clearly a suspense film. And horror and suspense, while two bastard children of the same mother, are not the same thing. Yet trying to define what separates horror from suspense is not an easy thing to do. It’s largely subjective. Both are unnerving, but suspense seems to be about making a viewer unsettled, whereas horror seems to be more interested in freaking them out.

So let’s look at the horror side: Psycho bears many of the elements of the slasher films that would follow in the ‘70s. We have a lone killer who has murdered his mother (with whom he had an extremely close relationship) and her husband and who is prompted to further violence as the story unfolds. So we have the tragic origin story.

And like most slasher movies, we have a mentally damaged killer who is willing to murder countless people without any remorse. This killer has a gimmick, too. He’s got a butcher knife and even a “costume.” Most slasher killers in horror movies have a recognizable outfit and a trademark weapon.

And the Bates Motel and the Bates House, in all its American gothic splendor, serve as a base of operations for our killer, just like so many slashers have a connection to a home or a place. The killers are almost always connected to a particular location that serves as their base. 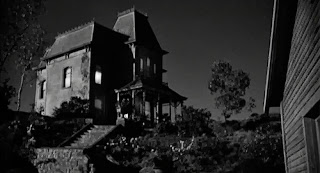 There’s no denying that the shower scene is pure horror. The screeching violins, the quick editing and multiple stabbings, the blood flowing down the drain, and finally the dead body sprawled in a horrible, twisted mess.

Is the entire first half of the movie, the crime portion, a misdirection to lull viewers into one mode so that Hitchcock could “horrify” us with where the story was about to go? The horror camp says that’s exactly what’s happening.

The horror camp also says that Psycho revolutionized horror films and took them away from vampires and werewolves and cat people by bringing the genre into a more realistic (and therefore more terrifying) territory. Supernatural monsters, Hitchcock seems to be saying, aren’t real, but human monsters are. And they could be anyone, anywhere. They could be sitting right next to you. They’ve adapted and they know how to appear completely normal to society. Isn’t that scarier than a boogeyman in the closet? 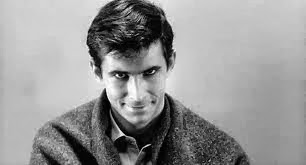 The truth is that Psycho is such a well-crafted film that it holds up to multiple interpretations across multiple viewings. Like the best art, it can be what you need it to be. Whatever opinion you take, you won’t be wrong. Great movies can transcend the limits and borders that we impose on art.

But then again, that’s boring. I say pick a side! Like the founding fathers of America who started an entire nation because they didn’t agree with Imperial England’s stance on Psycho, let’s stand up for what we believe in.

What do you think? Is Psycho a suspense/thriller film or is it a horror movie?
Posted by Patrick Bromley at 2:21 PM