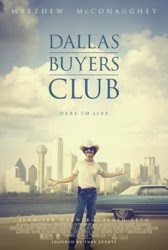 Dallas Buyers Club will get star Matthew McConaughey nominated for a Best Actor Oscar. It might even win him one, though it's unlikely to pick up the momentum it needs for that narrative to pay off. That will ultimately be its legacy: that it is the film for which McConaughey got shockingly thin and for which he was nominated for his first Oscar.

Think about it. It checks all the boxes: shocking physical transformation, based on a true story, character suffering from disease. Oh, and McConaughey is wonderful in the part, capping off an incredible streak of great performances in The Lincoln Lawyer, Bernie, Mud, Killer Joe and Magic Mike (and, if the trailer for The Wolf of Wall Street is any indication, the streak will continue through his next film, too). He plays Ron Woodrooff, a hard-drinking, womanizing, coke-snorting good ol' boy who rides rodeo and works part-time as an electrician in 1985 Texas. When a hospitalization reveals that Woodruff is dying of AIDS, his world is turned upside down. Shunned by his homophobic friends who assume Ron is gay (this was 1985), locked out of his house and fired from his job, Ron's only hope of survival is getting in on some experimental AZT trials at the hospital. But Ron isn't happy with AZT, which nearly kills him; instead, he does his own research and discovers a number of unapproved vitamins and minerals that can help with his symptoms and starts up the Dallas Buyers Club, an organization that supplies valuable medicine to HIV patients who aren't getting the treatment they need. 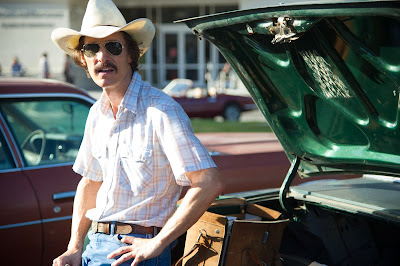 McConaughey's is a fascinating career trajectory; he started out with a scene stealing character actor performance in Dazed & Confused but was quickly shoved down America's throats as their Next Leading Man. Trouble is, he was cranking out mostly garbage -- awful romantic comedies, forgettable action movies, lame star vehicles. The rare sleeper would sneak through, so we would get the occasional Frailty or the underrated Sahara, but mostly it was a lot of Fool's Gold and How to Lose a Guy in 10 Days and The Wedding Planner and Failure to Launch. Watching him come into his own as both a character actor and a leading man making unconventional choices has been one of the joys of Hollywood moviemaking in the last five years, similar to when we got to see George Clooney and Brad Pitt figure out just what kind of careers they were going to have.

Dallas Buyers Club will also surely snag co-star Jared Leto a nomination in the Supporting Actor category, because it, too, is a showy part, he's been respected for a long time and he's good in the movie. He plays Rayon, an HIV-positive transgender woman who befriends Ron and becomes his business partner (and maybe, just maybe, teaching him a little something about homophobia along the way...). Leto gets to be the scene stealer -- he dresses up like a woman, is full of Texas sass and even gets his big Disease Movie moments. I suppose the fact that Rayon is completely made up shouldn't matter. 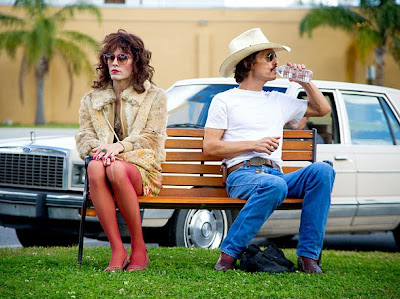 Yes, it's depressing and more than a little cynical to talk about the film only in terms of its awards prospects, but there isn't much more to talk about here. Performances aside, Dallas Buyers Club isn't particularly good. The movie wasn't made strictly to win awards -- it's not what they call "Oscar bait." Everyone involved is working with the best of intentions. Screenwriter Craig Borten spent 20 years trying to bring Ron Woodrooff's story to the screen, and it's an important story that's worth telling. AIDS is no longer the death sentence it once was and, as such, doesn't get talked about as much as it once did. It can be easy to become complacent -- to forget just what a scary, difficult time it was just 30 years ago. There was so much misunderstanding, so much fear. Dallas Buyers Club tries to remind us of all that while still giving us the uplifting story of one man who refused to quit and beat the odds -- to a point. This was 1985, and Woodrooff's story can only end one way.

But Dallas Buyers Club has a Jennifer Garner problem. It is not the fault of the actress, who is very beautiful and capable of doing good work in the right role (for evidence of this, check out how subtle and effective her choices are in Juno). Her problem in Dallas Buyers Club is one of character -- that is, she does not have one. Her function in the movie is only to be the doctor on Ron's side: she is another fictional construct (sorry, "composite") who is concerned and skeptical of a treatment that history has proven unsuccessful. These two qualities, which inform her every scene, are completely redundant to the audience experience. We know (or are told) that the initial AZT treatments were problematic and were eventually changed, so having a character say "I'm not sure about this!" teaches us nothing and hardly makes for a compelling character. Worse are the endless cutaways to her sensitive eyes and half-opened mouth, ever the face of gorgeous compassion. Isn't feeling for Ron and his plight our job as the audience? What function does having an onscreen surrogate serve? 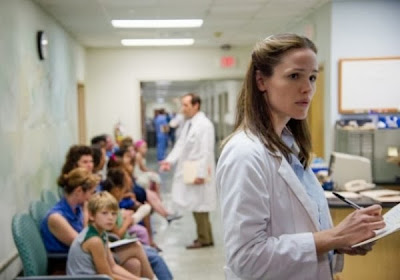 Her character and the problems inherent within it are indicative of the overall flaws of Dallas Buyers Club. It has an interesting story that's part inspirational, part heartbreaking, recalls a dark period in our national history and has a couple of dynamic performances. As a movie, it doesn't know what to do with any of that. McConaughey's turn as Ron Woodruff is good in spite of the film, not because of it, and Dallas Buyers Club deserves to be seen just for his performance. I'm loathe to call it his best work, but that's only because I prefer his weirder, darker character actor stuff. Plenty of critics will be throw that term around, though I suspect they're reacting more to the size of the role and the weight loss than anything else. That's not to say he isn't terrific, just that he's been terrific a lot lately.

While the AIDS crisis of the '80s was a very real, very scary thing (especially in those early days, when it was claiming lives faster than doctors could diagnose it), Dallas Buyers Club fails to shed any real light on the subject. Sometimes, the editing by Martin Penza and Jean-Marc Vallée feels jumpy and immediate, like they're trying to approximate a kind of arthouse "indie-ness" to give the movie a grittier feel. Other times, they play it Hollywood safe, all reaction shots and meaningful freeze frames. It's a movie caught between two worlds. For all its explicit sex, rampant drug use, general seediness and hateful homophobic language, the movie wants to come down on the side of being a safe crowd pleaser. Philadelphia, made without the additional 20 years of hindsight, is a more emotionally affecting, more humane movie about a character living with AIDS. But that's because it was directed by Jonathan Demme, and humanity is what Demme does best.

Dallas Buyers Club is not a bad movie, but it is a movie that uses some strong performances and important subject matter to fake its Greatness. Lucky for them that the Academy can rarely tell the difference.
Posted by Patrick Bromley at 11:52 AM