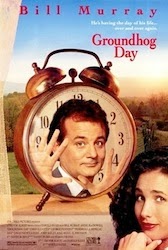 It is with a heavy heart that we celebrate the filmography of a true legend of comedy, a brilliant filmmaker and one of the best people ever.

Ramis is one of the few filmmakers/celebrities that I've ever encountered in real life and wanted to tell just how much he meant to me but couldn't because I knew I couldn't put it into words. From writing Animal House to acting in Stripes, from SCTV to playing Egon Spengler to directing Bill Murray in Groundhog Day, Ramis is one of the most important and influential figures in comedy from the '70s, '80s and '90s. From performing at Second City in Chicago to writing jokes at Playboy to working at National Lampoon, Ramis is one of those guys who carved the career path for any and every aspiring comedy nerd. He didn't even need to go on to write and direct a half dozen comedy classics to be a legend, but he did.

What I've always loved about Ramis -- besides how sweet and nice and down to earth he seemed -- is that his films felt like an extension of himself. They were smart and human. They had ambitious concepts but always sought to make us laugh with wonderful character work and human observation. He could write a better gag than almost any of his contemporaries, but didn't rest on that ability. He wanted to show us ourselves. He wanted to leave the world a better, happier place than he found it.

He did exactly that.

1. Caddyshack (1980) Harold Ramis' first movie as a director is the one most rooted in his roots at National Lampoon. It's a comedy of chaos -- a gag-driven joke fest celebrating anarchy (Rodney Dangerfield) over order (Ted Knight). Though I've never loved the movie as much as its biggest fans, I can certainly understand how it achieved classic status. Just the number of funny performances in the film -- from Dangerfield, from Bill Murray, from Chevy Chase and most of all from Ted Knight -- is evidence of just how generous Ramis was with his actors and how important it was for him to create memorable characters in his comedies. It was always about more than just the jokes with Ramis -- even when the jokes involve a floating poo in a pool. 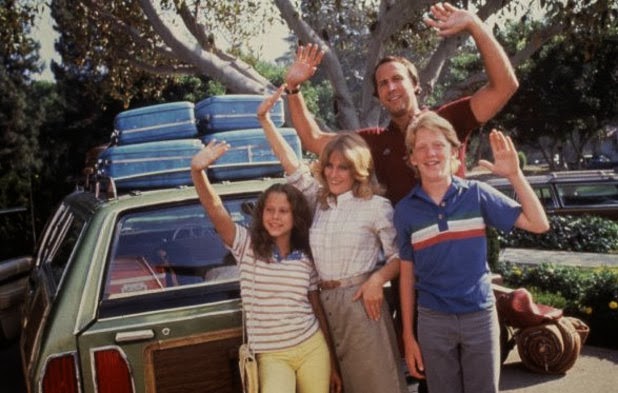 2. National Lampoon's Vacation (1983) Yet another early '80s comedy classic from Ramis, this one gives Chevy Chase his best role ever as Clark Griswold, suburban family man dragging his wife and kids across country to go to Wally World, a theme park claiming to be the happiest place on earth. Working from a script by John Hughes, Vacation is good bridge between Ramis' early work and the stuff that would come later -- it balances raunchy, R-rated gags (dead aunt strapped to the roof, pee sandwich) with more character-based human observation. For as dark as the comedy can be in Vacation, this is a film that genuinely loves its characters and wants them to fulfill their dreams, even when those dreams are misguided or seem small. Maybe it's because I grew up watching this one over and over (I can still recite most of it), but this remains one of my favorite R-rated comedies of the early '80s.

3. Groundhog Day (1993) Ramis directed only one movie during the decade between Vacation and his masterpiece -- 1986's Club Paradise. He spent the time writing and acting in Ghostbusters and its sequel, as well as writing scripts for several others movies (including Back to School, further proof that almost every single project Ramis touched in the '80s was a monster hit). He returned to the director's chair for Groundhog Day, a movie about which enough good cannot be said. It's one of the best comedies of the '90s. It's one of the best movies of the '90s. It's one of my favorite films of all time -- a perfect movie that is funny and warm and packed with interested philosophical ideas. It takes what should have been an impossible, one-joke gimmick and turns it into a brilliant, rewarding and always surprising story that transcends its own premise. Much of the credit goes to Bill Murray, who has never been better before or since. Murray and Ramis clashed on set and ultimately had a falling out afterwards, which is too bad. I don't want to consider the possibility that a single bad thing came out of Groundhog Day. It's a perfect movie. Had Ramis never directed anything else, I would still love him forever just for this. 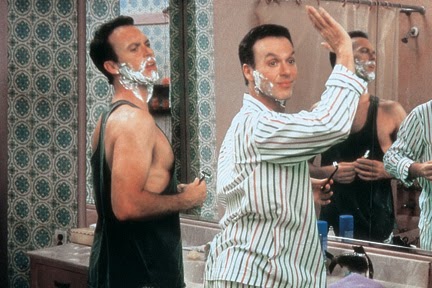 4. Multiplicity (1996) Proof that it's very, very difficult to capture lightning in a bottle twice, Ramis's attempt to repeat the magic of Groundhog Day fell way short of his greatest movie. It's got another high concept -- instead of a guy repeating the same day over and over, it's about a guy who's so busy he decides to clone himself. It's even got Andie McDowell as the romantic leading lady. But whereas Groundhog Day used its premise to explore much bigger themes, Multiplicity always feels tethered by the limitations of its plot. Another problem is that Michael Keaton is not Bill Murray. Keaton is a great, great actor and makes almost anything better (he's good here at creating multiple versions of the same person, even though he goes really broad), but he's incapable of making the transition from asshole to enlightened the way Murray does (to be fair, Murray does it better than anyone ever). While not a total waste of time, Multiplicity mostly feels like a special effects demo reel, designed to impress us with how many Michael Keatons can appear in a shot at the same time.

5. Analyze This (1999) It's easy to overlook just how good a movie Analyze This is because it's the movie that opened the "Robert De Niro: Comic Actor" floodgates (and seems to be the turning point of when he started accepting every role offered him). But the casting of De Niro as a gangster who has to go into therapy was, in 1999, inspired. Ramis was one of the best at creating character-based comedy films, and Analyze This is yet another movie in that tradition; not only does it boast wonderful character work from De Niro and Billy Crystal (in one of his most underrated performances), it also has a murderer's row (literally) of character actors who crush it in supporting roles. Best among them is Joe Viterelli, who turns a role as De Niro's henchman Jelly into something warm and human. The movie was somewhat overshadowed by the fact that The Sopranos started around the same time and boasts the exact same premise, but it deserves its reputation as a New Classic. 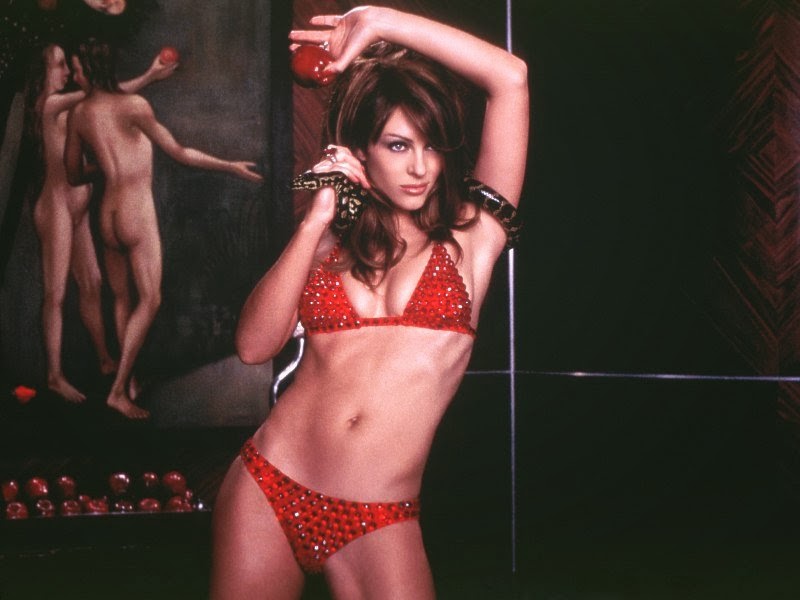 6. Bedazzled (2000) This movie gets shit on a lot, and it's easy to see why. A remake of the beloved Peter Cook/Dudley Moore film from 1967, Ramis' version casts no one's favorite oafish goof Brendan Fraser as a sad sack who makes a deal with the devil (Elizabeth Hurley) in order to make a girl like him. Ramis' movie is episodic by design (it's broken up into "sketches" in which Fraser tries out new lives and personalities, always with disastrous results) and has two very broad performances at its center, but it's actually a lot of fun and, like a lot of Ramis' best movies, ultimately gentle and sweet. One of the more underrated entries in Ramis' filmography that perhaps will begin to be reassessed with the news of his passing.

7. The Ice Harvest (2005) After a rough patch that lasted a few years (one that included Bedazzled and the misbegotten sequel Analyze That), Ramis bounced back by reinventing himself with this adaptation of Scott Phillips' novel of the same name. What's amazing about The Ice Harvest, one of the very best black comedies of the last 25 years (and a movie I watch every Christmas), is that it actively works against so many of Ramis' strengths as a filmmaker. The sweetness and humanity is bled out of it (though it's still there, mostly in the wonderful Oliver Platt performance), and in its place is a brilliant noir that's willing to be really, unrelentingly nasty. In many ways, it's a perfect companion to Groundhog Day in the way that both films confront a kind of existential crisis, though the two movie take opposing approaches to the subject matter. The film suggests that Ramis was capable of doing something very different -- that his career could have had a third act that totally zagged from what came before it. Ramis was a talented enough filmmaker to pull it off. He was the best. 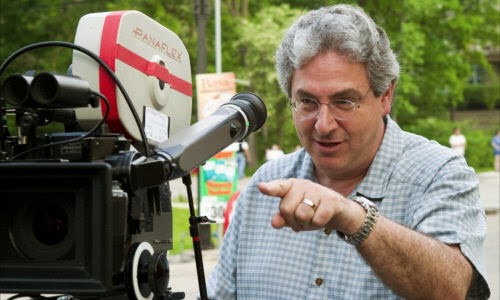 This column was formerly known as F Directors!. It's a name I've wanted to change for a long time. This seemed like the right time to do it.
Posted by Patrick Bromley at 12:44 PM