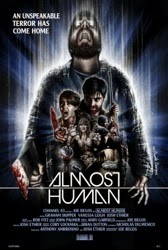 Here's a movie that understands the value of the John Carpenter font.

If you grew up a fan of genre movies, you can remember the feeling you got every time you watched the opening credits of a John Carpenter movie from 1976 to 1996. You recognized the font he always used. The way his name would come before the title: "John Carpenter's..." The simple white titles on the stark black background. You knew you were going to see something that kicked ass.

It's a feeling writer/director Joe Begos clearly remembers, because the opening titles of his first feature Almost Human use the John Carpenter font and give us that same kick-ass rush. There's a mix of anticipation and surprise that set in during those first minutes -- we're excited because we're in good hands (Begos is clearly One of Us) while being taken aback at the nerve of a first-time filmmaker to invoke Carpenter so explicitly right off the bat. It's thrilling, and it's a testament to the way that Almost Human keeps one foot rooted in the low-budget sci-fi horror of the '80s and throws down the gauntlet at the same time. Yeah, that's right, fuckers. Joe Begos has arrived. 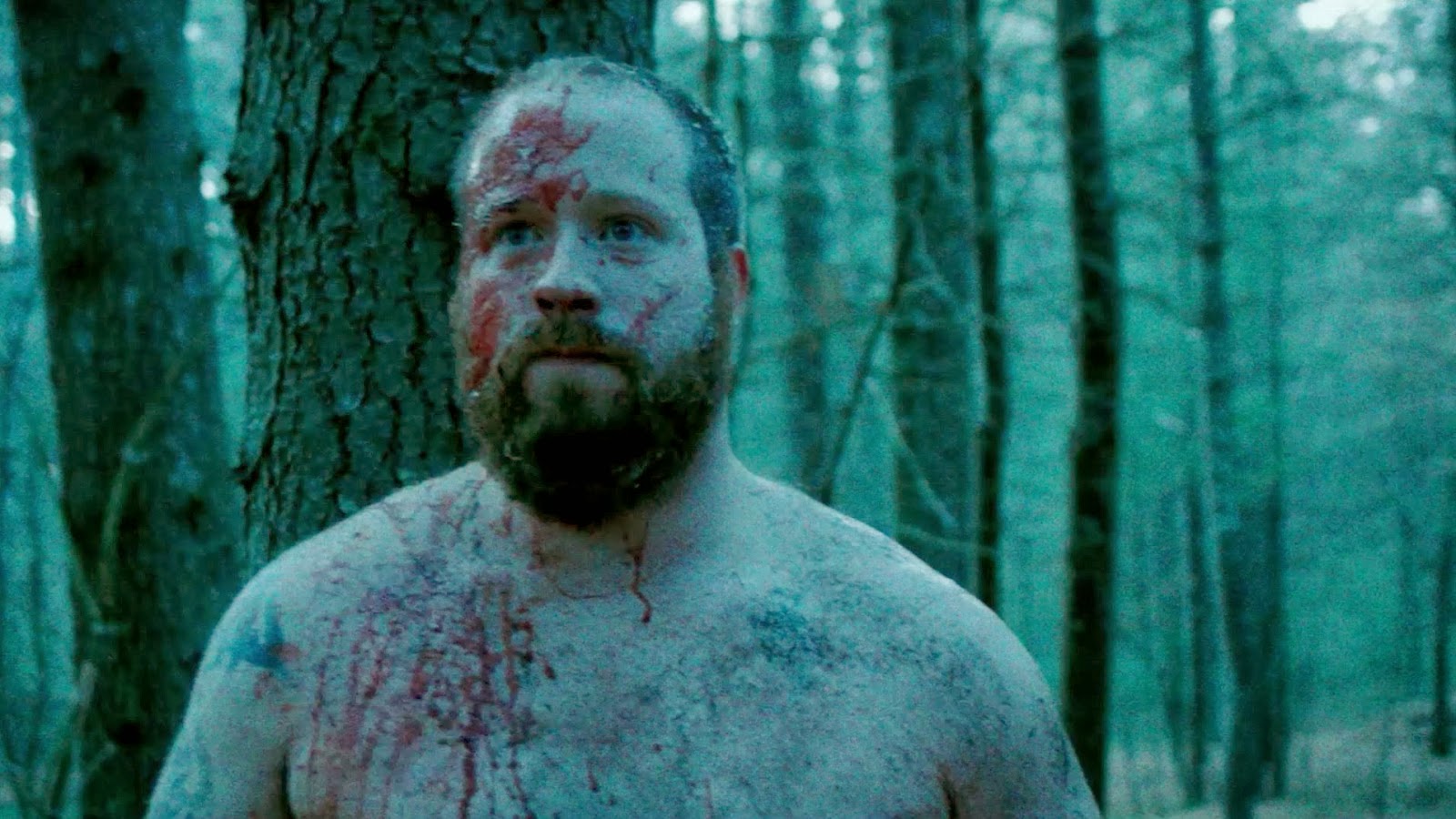 The use of the John Carpenter font is more than just a shallow name check. It accomplishes a couple of things. It immediately establishes Begos' genre geek bona fides. It gets those of us who recognize the reference (basically the audience for Almost Human) giddy with excitement. It sets the tone for exactly what's to come. Luckily, the movie that follows isn't just a pastiche of visual signifiers and allusions to past works. More than just conjuring up images we remember, Almost Human remembers what those movies feel like. That's a much harder trick to pull off. It starts as a John Carpenter movie, segues into creepy Cronenbergian imagery before ending in full-on Romero mode -- like watching the greatest hits of sci-fi horror in one sitting, and I mean that as a compliment.

The plot is hardly anything original. One night, a man (Josh Ethier) disappears in a flash of blue light right in front of his best friend (Graham Skipper) and girlfriend (Vanessa Leigh). A few years later, he comes back as something...different. Something deadly. Something almost human.

Almost Human's story is thin. Its characters are thin, too. That's an obstacle in making something that's really going to last, but this is a movie that works best in the moment. Though it dips in the middle -- there's a long section in which characters keep going in circles trying to remember past events and figure out what's going on -- it starts and (especially) ends strong. Despite being another "alien takeover" movie, it doesn't have the sense of paranoid terror built in to something like Invasion of the Body Snatchers or, perhaps more accurately, The Thing. It's fun in the way that '80s horror was fun, particularly when it begins to let it rip with the gore effects, which it finally does during its bloody climax. 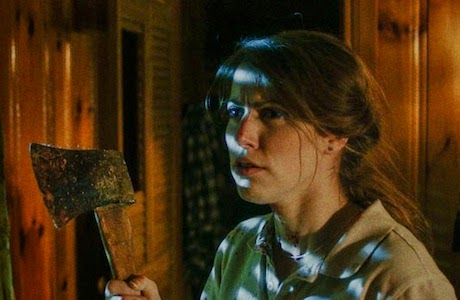 There are some who may not have the patience for Almost Human, as it's more of a slow burn than a lot of what we're used to with mainstream horror (the movie, independently financed, was bought by IFC and released under their "Midnight" label; it's getting a limited theatrical release and is currently available on VOD, so perhaps it's unfair to lump it in with "mainstream" horror). It's not slow burn in the sense that it's generating suspense or revealing a mystery, though -- Begos isn't making a Ti West movie. We know almost from the start exactly what's going on. The burn comes in waiting for the movie to really cut loose.

The movie is rough in spots. With a low budget effort like this, that can be part of its charm. And though Begos does a good job hiding the seams -- he doesn't direct it like a "small" movie, even though it's exactly that -- he's not able to smooth everything out. The performances aren't bad, just a bit generic. The actors aren't playing people but placeholders: hero, bad guy, girlfriend, fodder. The stakes are low. Even the ambition is low, save for the ambition of "make a cool movie" (a worthy cause, that). Begos isn't interested in creating something that will transcend its genre. He wants to make a movie that feels like a movie you stumbled across on cable at 2 a.m. in the '80s -- that movie with the name you couldn't even remember, but you're trying to tell people about it the next day by describing its best moments. Though low on show-off moments, Almost Human sticks in our heads because it just has a cool vibe. We like the way it all feels. It feels like a movie with John Carpenter font. 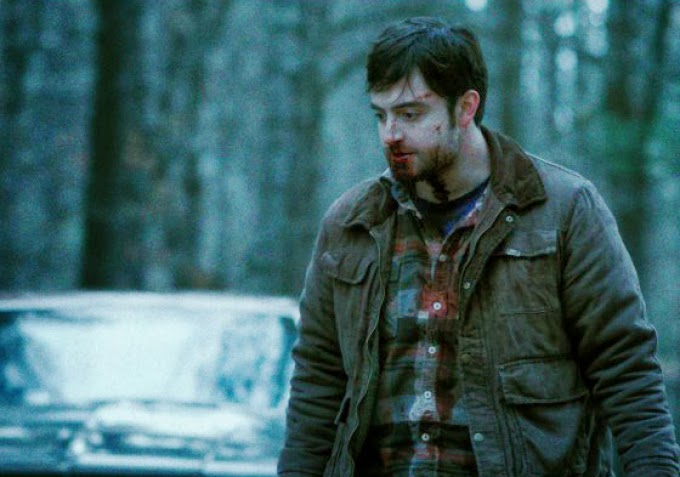 Almost Human is not a Great Movie, but it is a good first movie. It tells us who Joe Begos is as a filmmaker: where his interests lie and how he works around limitations with style and energy. Is it as good as, say, The Evil Dead, the first movie from Sam Raimi? No, but it belongs in that conversation. I suspect someday we'll be pointing to Almost Human in a "here's where it started" way like we point to Evil Dead now. It's much more a calling card for Begos as a director than a writer, but that's ok. It's good enough to get me really excited about whatever Begos is going to do next.
Posted by Patrick Bromley at 11:52 AM