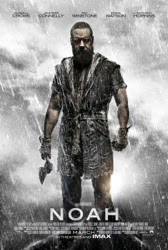 I may be the wrong person to review this. Or maybe I'm the exact right one.

I am not a religious person. I have no religious background or education. I have not read The Bible. I come to Noah, director Darren Aronofsky's gritty re-imagining of 2007's Evan Almighty, with no preconceptions of what it "should" include or how it "should" treat the material. And while that will no doubt rub some people the wrong way -- there are many who judge a film's merits solely on its faithfulness to the source, be it biblical epic or comic book blockbuster -- it hopefully makes me qualified to at least judge Noah on its merits as just a film.

As a film, it's good. Sometimes very good. It's full of gorgeous imagery, big ideas and bold, unapologetic choices -- the kind that Aronofsky makes in all of his movies. A through line can be drawn through all of his films, which focus on men (or, in the case of Black Swan, a woman) driven by an obsession that, if taken all the way to its conclusion, will lead to his or her destruction. The crazy places that Noah is willing to go both visually and thematically is invigorating when the movie is at its best, particularly given the big-budget studio scale on which Aronofsky is working. The movie feels like he pulled one over the people in charge. 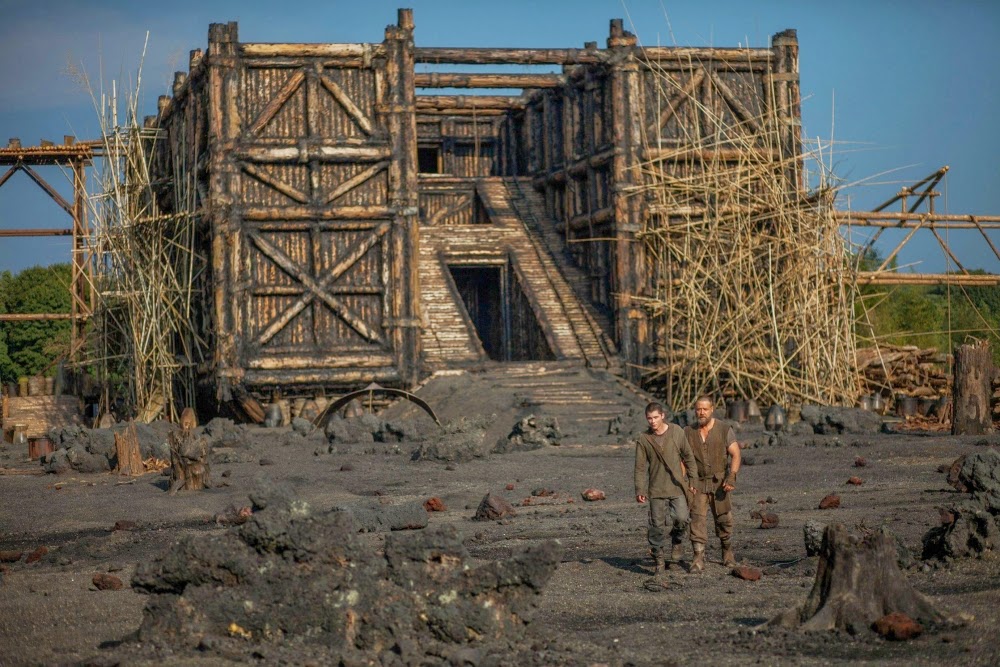 Do I need to recount the plot of Noah? Russell Crowe plays the titular character, who is awoken by visions of the night of a great flood and all of humanity swallowed up in it. The Creator is speaking to him, he says, and sending him a message. Eventually, that message becomes clear: man was given a perfect world and ruined it with his greed and avarice, and will now be wiped out by a massive flood so that the earth can begin anew with only the animals to inherit it. Noah understands that he must build a massive ark to house the animals, which he begins to do with the help of his wife (Jennifer Connelly), his three sons and adopted daughter, Ila, while an army led by Tubal-Cain (Ray Winstone) prepares to take it. And then the rains begin.

For its first hour, Noah is thrilling fantasy filmmaking -- it's a bible story by way of Lord of the Rings. The world Aronofsky establishes is beautiful and weird and the film poses all kinds of interesting questions about responsibility, faith and fatalism. Russell Crowe's Noah possesses a conviction that gives way to obsession, and it's easy to read the building of the ark as a metaphor for Aronofsky's own filmmaking process -- passionate, driven, daunting and including two of every animal. Russell Crowe feels dialed in for the first time in a while, and his tendencies to overact (put to such good use in The Man With the Iron Fist) are channeled into a stare that's all steely intensity. His performance is excellent; the rest of the cast, from Jennifer Connelly (whose big emotional speech just does not work) to Emma Watson to Logan Lerman, is less consistent. The reason it doesn't damage the movie more than it probably should is because this is ultimately the director's movie -- one that lives and dies by his choices. When there are sequences as dazzling as the montage that tells the story of all creation in a rapid-fire series of what looks like still photos, it's easier to overlook the wobbly acting. 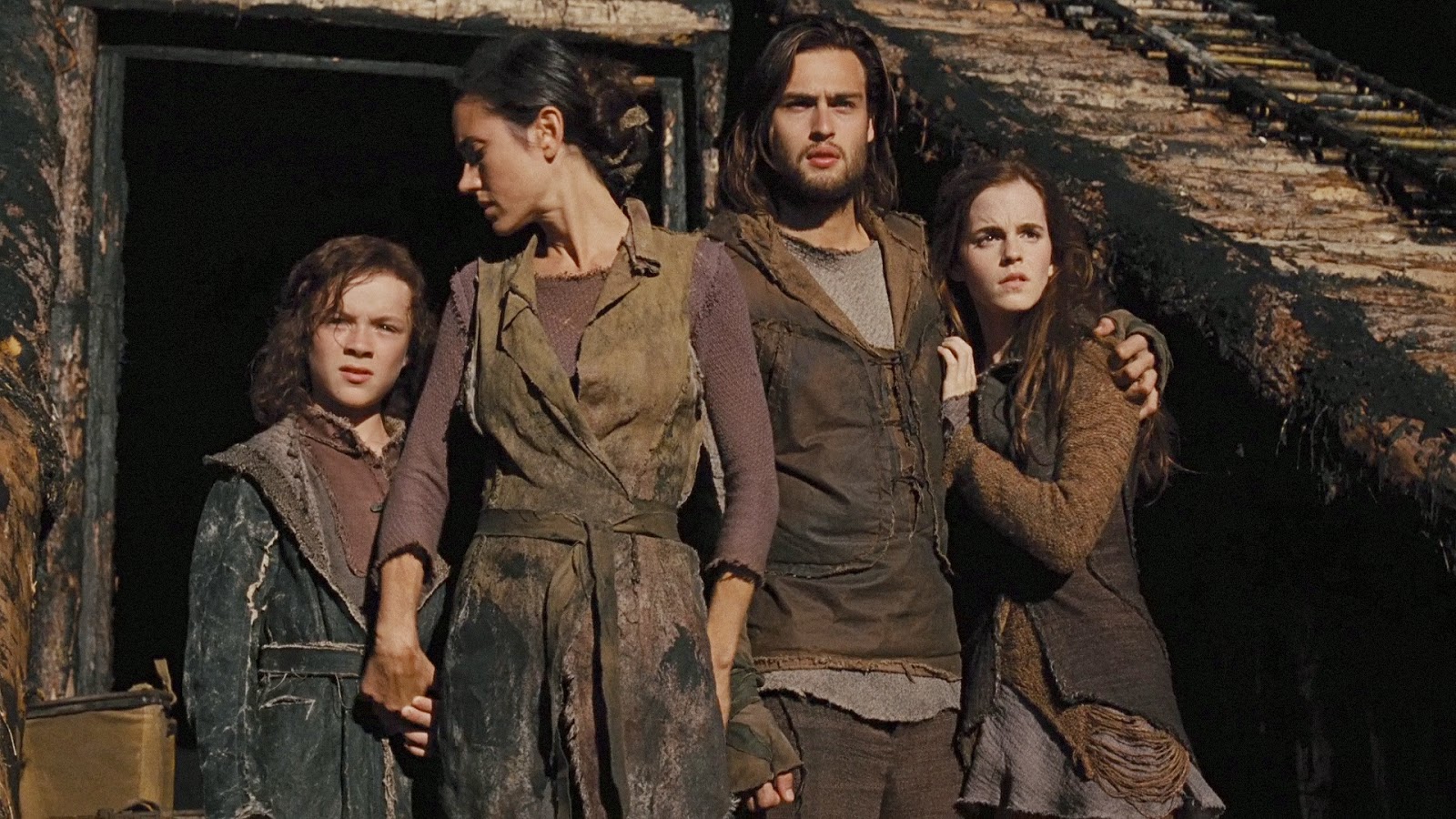 And did I mention the giant rock monsters? They're called Watchers, and they're all over this movie. Fallen angels cast out by the Creator and trapped in shells of stone, the Watchers alternate between helping Noah build the ark and laying waste to armies of men looking to steal it away. They are a terrific creation, all jagged faces and movements that feel like stop motion. When they go into action, it reminded me of the moments when Treebeard and the Ents finally enter the battle at the end of The Two Towers. They are also probably the greatest indicator that Noah has no interest in being a traditional biblical film; Aronofsky takes the source material as a fantasy story and approaches his film thusly. It provides a way in to the movie for a nerd like me who has been left cold by biblical films in the past, and also makes Noah a movie that feels like nothing else -- for a while, anyway.

But Aronofsky doesn't just cast out the story of Noah in favor of making his own fantasy epic; for all of the criticism the movie has drawn in some circles (much by people who hadn't yet seen it), he treats the ideas of the source material with great seriousness. His film doesn't preach, it doesn't hold our hand and it rarely tells us exactly what we want to hear. It has some bleak things to say about mankind, who it argues, at times, are deserving of being wiped clean for the way they have treated the planet (Aronofsky is an environmentalist, and those messages are all over the movie; this may piss some people off, but it's hard to argue with the case he makes for treating the planet well and only taking what we need). It raises questions about the line between doing the Creator's will and madness -- about the burden of doing God's will and the toll that it takes. It is a movie about difficult choices, ones in which the fate of all life is literally at stake. 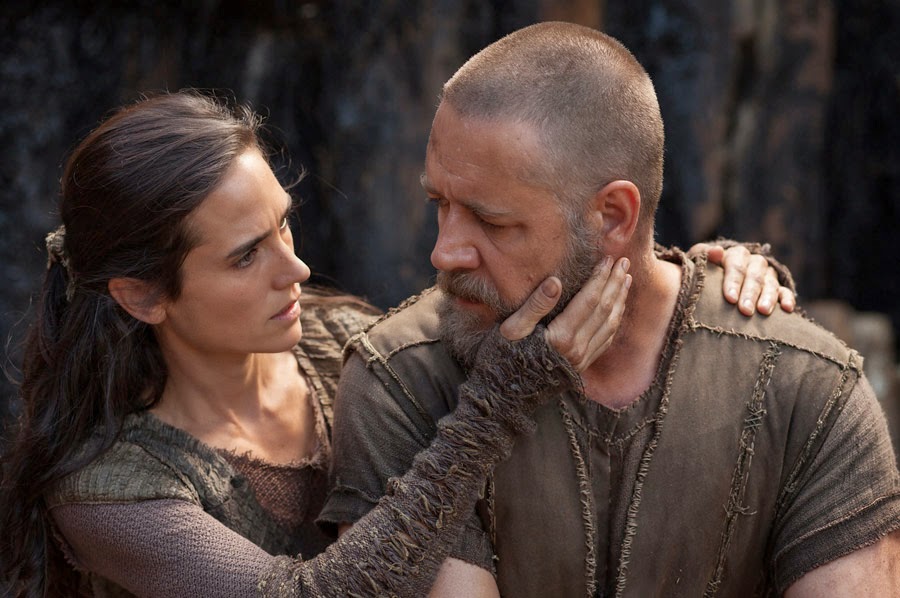 Ray Winstone's Tubal-Cain, the self-appointed king and the film's version of the villain (though at times it seems more like it's Noah and others, dare I say, like the Creator Himself), is one of the film's biggest problems, as he feels transported in from another, much more conventional film. But at one point, he gives a speech about mankind refusing to lay down and die, and it's the exact kind of speech we've heard in countless epics from Braveheart to Lord of the Rings to Russell Crowe's own Gladiator. We should be on his side, as he is, in theory, speaking on our behalf. The problem is that a) he's the villain and b) we know the outcome of the story, meaning we know his speech is ultimately in vain. The flood is going to kill everyone despite their best efforts to survive, and if we are to accept the story of Noah that we have been told all our lives, we not only have to understand that fact but also agree that it is necessary.

It's in the second hour that Noah turns into kind of a mess as the movie gets away from Aronofsky. It's the kind of mess only a well-intentioned filmmaker makes, as it is so bursting with ideas and themes the director wants to convey that they end up smashing into each other without enough room to breathe. The narrative gets muddled as characters leave the ark, return to the ark, leave the ark, etc. Because the movie isn't afraid to play out in grand, sweeping emotions and images, it can sometimes lend itself to unintentional comedy. I'm thinking specifically of Anthony Hopkins finally finding berries. 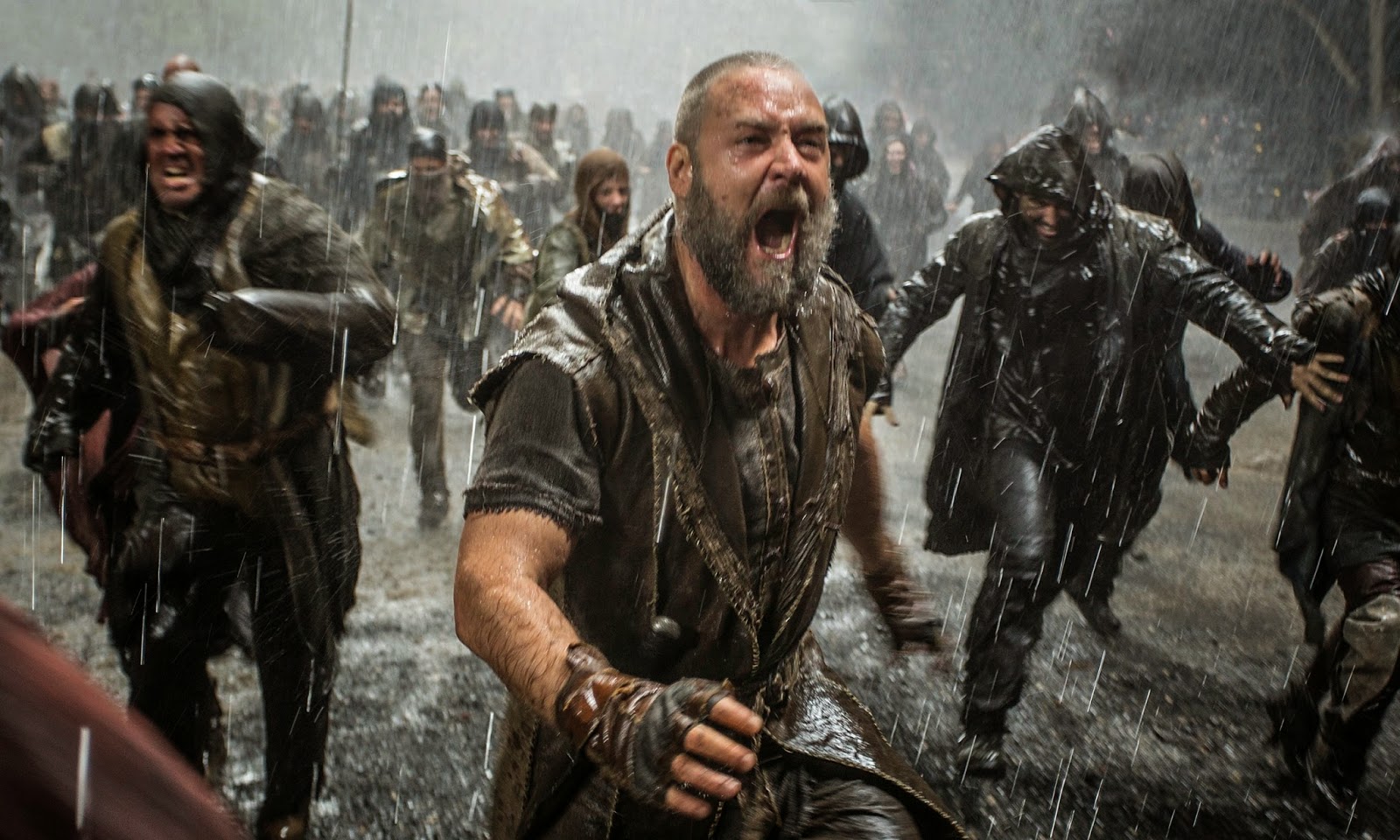 Worst of all, though, is that some of the major beats feel overly conventional, which is weird because so much of the movie completely defies convention. Here is a movie that in one scene shows a famous biblical figure allowing all of mankind to be destroyed in a flood, listening to their screams but refusing to help. It shows an Oscar-winning movie star chasing after a newborn baby with a knife. And then it has characters spell out all of the themes in clumsy dialogue and characters holding hands in a version of a happy ending that feels too commercial in a movie that's anything but.

At times I think I love the idea of Noah more than I love Noah itself. Movies like this are what I would often affectionately refer to as an Ambitious Failure -- except that Noah, while insanely ambitious in the best possible way, is not a failure. It overreaches. It turns into kind of a mess. But it's the kind of movie of which we need more. Religious beliefs aside (whether or not you and I agree does not matter, and if we don't we never will), we must be glad that this movie exists. Aronofsky is a passionate, visionary filmmaker. Yes, his movies can be indulgent and yes they can be overheated. Noah, at times, is guilty of both. But isn't he exactly the kind of director who should be given $100 million to make a big studio movie? We complain so much about the soulless product the majors put out month after month that we must be able to appreciate ambitious art when it comes along. It can be a mess, but I would gladly take 20 more messy movies like Noah before another Transformers.
Posted by Patrick Bromley at 11:45 AM