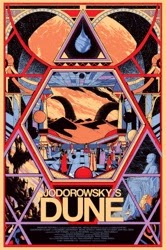 You have to see this movie!

I went into Jodorowsky’s Dune expecting a diversion and then about 20 minutes in, I sat up in my seat and thought “Wow, this movie is really working!” It is super entertaining.

I was especially surprised by this because I haven’t even seen David Lynch’s Dune (but I have listened to Patrick and Mark’s podcast on it -- have you?) and I have never read the book Dune by Frank Herbert. My history with the work of director Alejandro Jodorowsky consists of me renting the cult favorite El Topo from Netflix a few years ago and turning it off because I didn’t think I would have a way to explain why I was watching this hallucinogenic Western featuring a naked child walking in the desert if anyone walked into my living room. 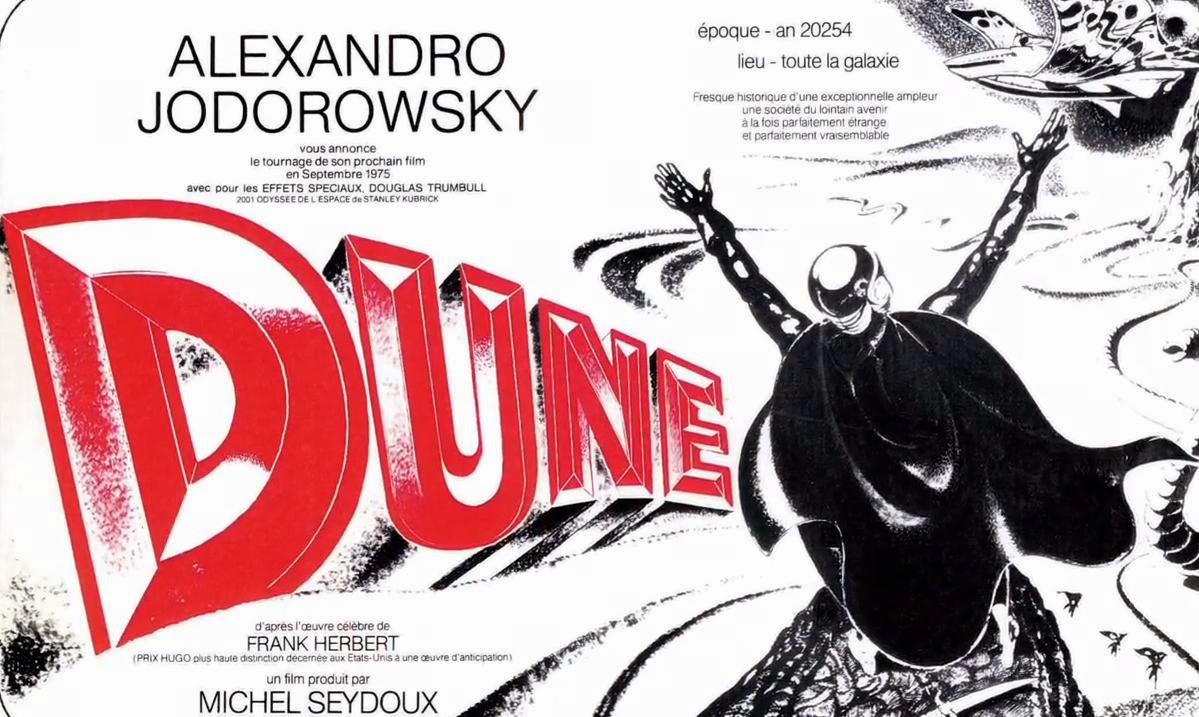 As if to specifically call me out, Jodorowsky has an amazing quote about El Topo: “If you are great, El Topo is a great picture. If you are limited, El Topo is limited.” This guy knew me even better than I knew myself. Jodorowsky has also said of his movies “Most directors make films with their eyes. I make films with my balls.” His version of Dune, as evidenced by the documentary Jodorowsky’s Dune, would have had the most balls of any science fiction movie ever made. I am genuinely sad it never came to fruition. It would have either been great art and changed the landscape of science fiction or the biggest train wreck in the history of the genre. There would have been no in-between.

The documentary explores the Chilean-French Jodorowksy’s attempt to adapt and film Frank Herbert’s Dune during the mid-1970s. The collaboration would have been astounding and included participation from Orson Welles, Salvador Dali, Mick Jagger, David Carradine, Udo Kier, artist Jean Giraud (aka Moebius), surrealist H.R. Giger (who has the greatest voice ever), fucking Dan O’Bannon and music from PINK FLOYD!!!!! and Magma – because each planet needed its own unique sound. Holy shit! 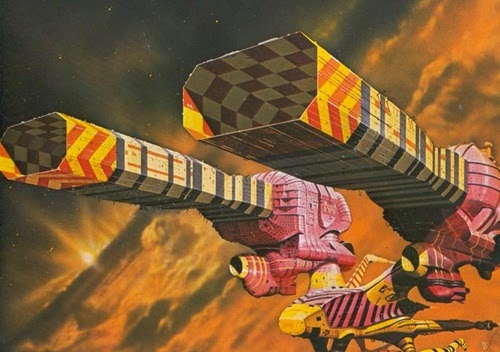 Jodorowsky says throughout the movie that he needed "spiritual warriors" to be his collaborators on Dune and his recollection of the interactions with his team and the ones deemed not worthy of Dune (including acclaimed 2001: A Space Odyssey visual effects supervisor Douglas Trumbull) are all fascinating and often hilarious. For example, Jodorowsky cast his own 12-year old son Brontis for the key role of Paul, but insisted the boy learn martial arts for six hours a day, seven days a week for two years before he stepped in front of the camera. That’s just the tip of the iceberg.

I can’t stress how funny this movie is. There’s a great passage where Jodorowsky coarsely describes what he’s doing to Frank Herbert’s vision and his universe that first had me in shock and then gave me a solid 90 second fit of giggles. This dude is all balls. The portion of the movie where the filmmaker describes the experience of seeing David Lynch’s Dune is also truly great. 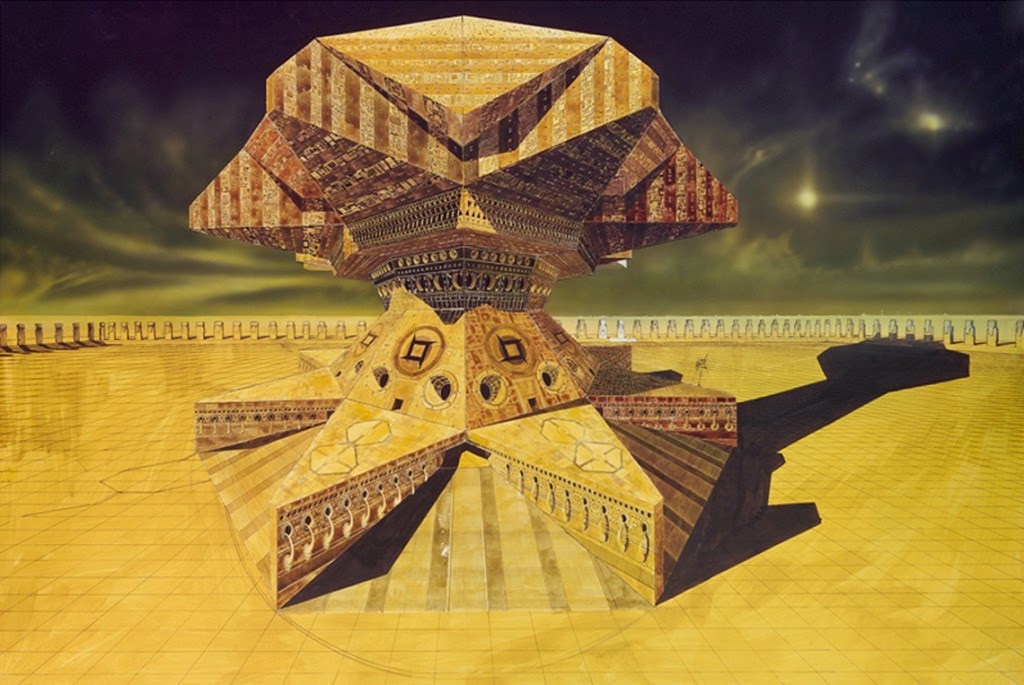 But for as crazy as Jodorowsky comes off in the documentary, I certainly admire him all the same. He has such a poignant, healthy and optimistic take on the production’s failure (which he insisted be 15, maybe 20 hours long when the studio originally suggested 90 minutes). The dissolution of his Dune seeded ideas that would later be found in Star Wars, Blade Runner, Alien, Flash Gordon, Masters of the Universe and Contact to name a few (which the documentary touchingly points out parallels a ‘collective conscience’ theme that would have been part of Dune). And the great thing is Jodorowsky feels he did the best he could do and is happy that so much of his movie lived on in its own way. 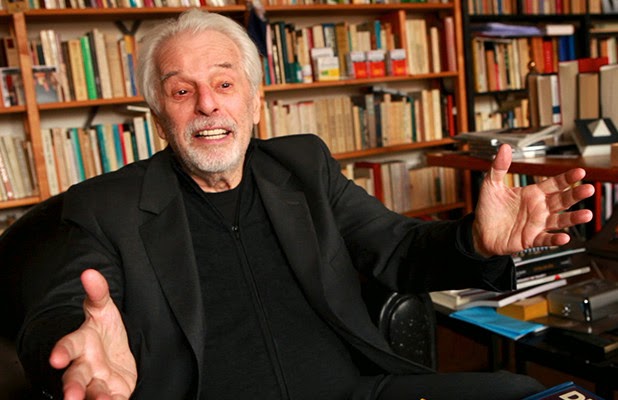 Jodorowsky’s Dune makes me so happy and also immediately want to watch David Lynch’s Dune and Jodorowsky’s El Topo and The Holy Mountain. I’m trying to be brief here to avoid spoiling the movie’s many surprises, so I’ll close with this: although it’s still early in 2014, I wouldn’t be surprised to find this in my top 10 list at year's end. It’s currently out in limited release and should be on VOD and Blu-Ray later this year. See it as soon as you get the chance.

It’s one of the best movies about movies I’ve ever seen.
Posted by Patrick Bromley at 7:41 AM