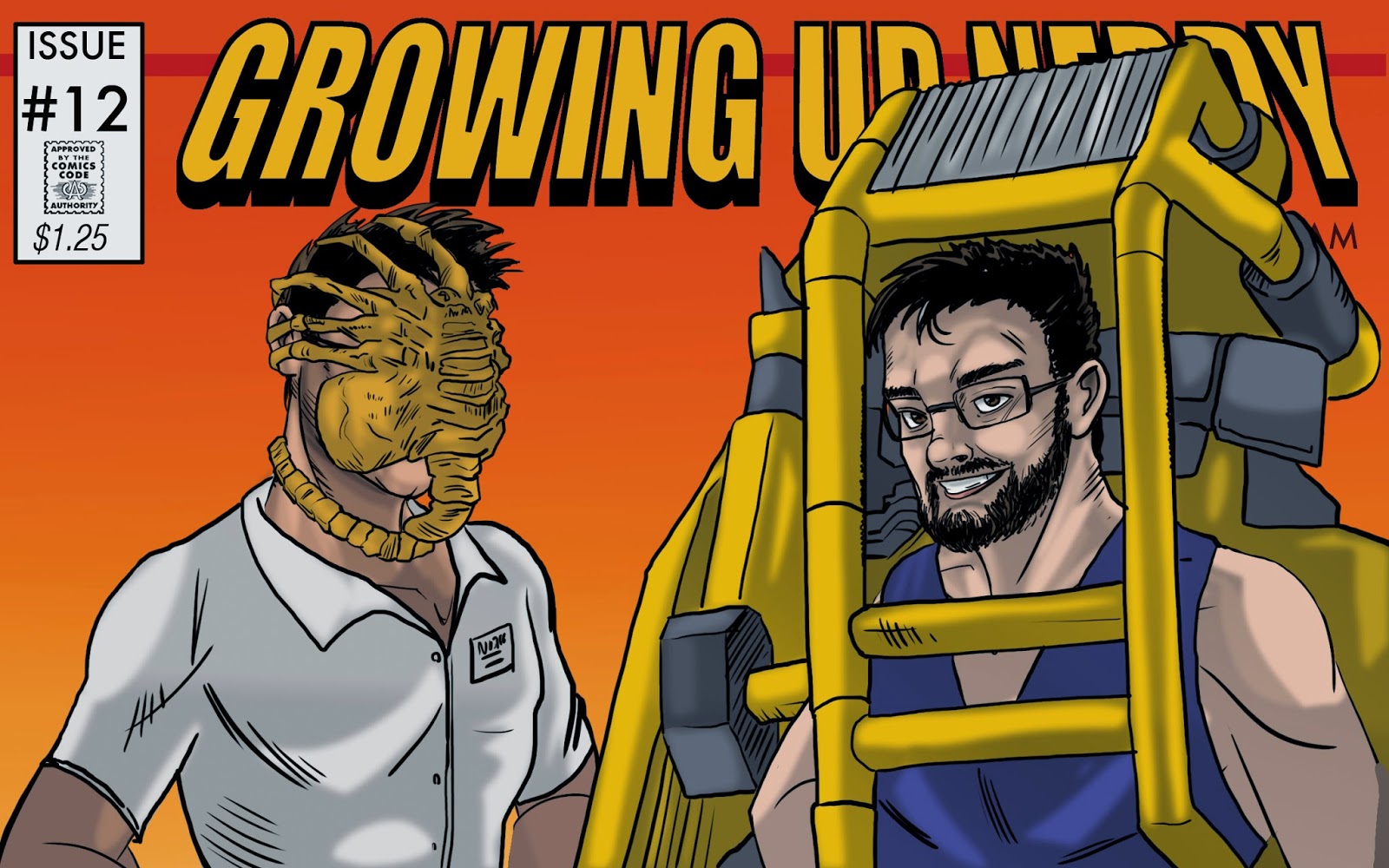 The G.U.N. boys get freaked out and drunk.

Dear Growing Up Nerdy,
I was recently watching The Exorcist and the White Face showed up. I can say I'm definitely traumatized. Is there anything you watched that messed you up? Anything I should stay away from?

Adam: Good Lord the White Face! That scared the living SHIT out of me when I first saw it. Correction: the entire damned movie scared the shit out of me. I remember sitting in the basement with Mike watching that and needing to turn on the lights after White Face showed up.

Believe me when I say you’re not the first to be traumatized by that, and you definitely won’t be the last. As far as traumatizing me, White Face is down on my list. I have a confession to make: from age 11 to 21, I needed to check under my bed every single night before I went to bed. Now, in the spirit of openness I can say that after a while it became almost an OCD-type thing, where I couldn’t fully fall asleep unless I looked under the bed — but I wasn’t always that way. Nope. I have James Cameron to thank for that.

Way back when, I only had about five television channels to choose from. Around age 11, my dad would let me stay up late to watch whatever movie was on at the time. It just so happened that once a year CBS would show the extended version of Aliens, which, being 11, I hadn’t seen yet. I loved that movie, I still love that movie, and think it’s one of the best movies ever made. For the most part, the movie was just suspense and fun to watch...but one particular scene stuck with me.

Spoiler if you haven’t seen Aliens (but if you haven’t, WTF is wrong with you?): the scene is the one where Ripley and Newt fall asleep and, unbeknownst to them, Burke (Paul Reiser) lets loose a face hugger in the room. There is one moment where Ripley is fighting off the Face Hugger and the thing jabs through the bed trying to strangle Ripley. Holy shit, that messed me up. I don’t know why that particular scene, that particular moment, decided to stick with me, but that night I’m lying in bed, and all I can think about is that there is a fucking Face Hugger under my bed. 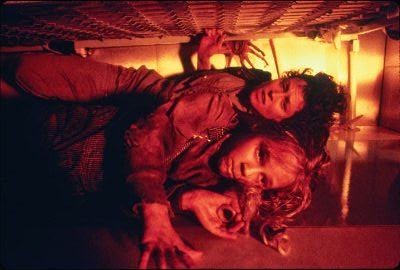 Mike: I’ve had a number of movie traumatize me over the years. Here are a few:

1) The Exorcist - Listen, I realize this is the most unoriginal answer I can give, but if you recall my Favorite Movies podcast you guys know I’m anything but original. I saw The Exorcist for the first time with Adam (of course) when we were kids. The first time we watched it, we laughed our way through the movie. In retrospect, that was a defense mechanism. For some reason we watched it again and, this time, the laughter died. That movie scared the shit out of me. My family wasn’t overly religious, but we were religious enough for The Exorcist to feel very real to me. It’s the only movie I’ve ever felt guilty watching.

2) Mask - While this isn’t necessarily a scary movie, as a kid it did a number on me. I never actually saw the movie, but I remember my mom had a People magazine, or a similar magazine, with a big story on Mask with pictures accompanying the article. Those images of Eric Stoltz’s deformed face gave me nightmares and haunted me for a long time. 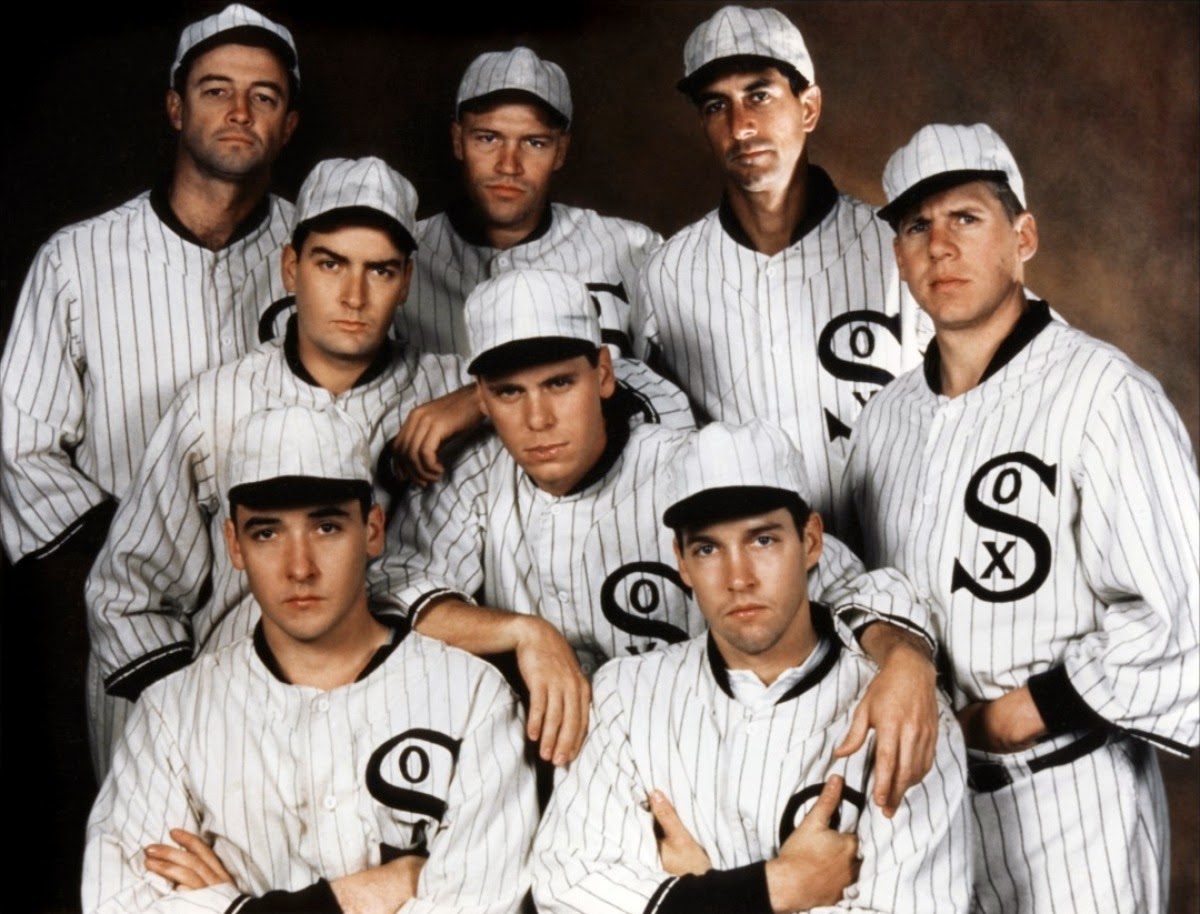 3) Eight Men Out - Now hear me out. In my family, we’re all gigantic Chicago White Sox fans. In a sports-loving household, there was no greater love than our love for baseball and the Sox. It remains the biggest thing that my father and brother and I bond over. The White Sox are more to me than just another baseball team. So imagine my surprise and disappointment when I saw Eight Men Out for the first time as a kid. I was unaware of the 1919 Black Sox scandal (the White Sox threw the World Series that year) and it broke my heart to watch that story unfold.

4) The Road - To be honest, I’ve never seen the movie, but I read the book and it broke me. I’m too scared to watch the movie.

5) Her - I don’t want to say too much about Her so as not to spoil anything for anyone that hasn’t seen it yet. I’ll say this: I’ve seen Her twice now and it has hit me in ways few movies have before. I won’t say it traumatized me in any way, but it greatly affected me and for that reason alone I’ll place it on this list.

Adam: Seriously, no one needs to see The Road. Single most depressing movie I’ve ever seen…and I sat through all of My Life.

What Up, Growing Up Nerdy:

I’m about to turn 21. Because I’m super nerdy, my friends and I started discussing what characters would be best to get drunk with. I have my own answers, but would love to hear yours.

Mike: This one is easy for me. There’s only one answer: Quint from Jaws. Sure, it’d be fun to grab a beer with Tony Stark or a martini with 007, but Quint is my choice. You know why? Because that guy can telling motherfucking stories! Okay, so he may be a bit of a bummer after a while. “Quint, dude, enough with the I-saw-Herbie-Robinson-from-Cleveland-bob-up-and-down-in-the-water-story,” but that first time you hear it will be AMAZING. Also, I’m pretty sure that if I go drinking with Quint enough I’ll eventually die from a knife to my belly. While that shouldn’t be a selling point, I have to admit it seems like the only way my friendship with Quint can end. If bleeding to death on the deck of the Orca is how I have to go out, then, damn it, that’s the way it has to be. 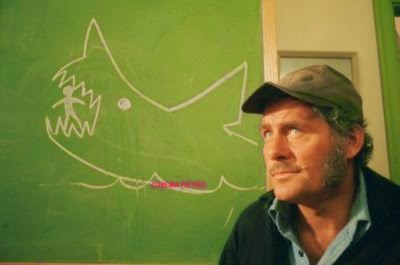 I was going to say that I want to go drinking with Godzilla, but I’d be waiting at the bar for an hour and a half before he ever showed up. And let this bad joke be the last we speak of Godzilla for the rest of the summer.

Adam: DAMMIT, MIKE! QUINT WAS MY GUY! Son of a…now who the hell am I going to get?You know what, you can have Quint. Just when the party starts going, he’ll tell you one of his sad war stories and kill the mood.

This is a tough one to narrow down, because in the nerd world there are so many answers. First things first, you need to figure out who you DON’T want to get drunk with:

Magneto - Talk about preachy. I bet you get two beers in that guy and all he does it talk about how he’s the master race and you’re just a lowly human. Plus, the last thing you need that asshole doing is wearing that stupid helmet into the bar. That thing is chick repellant.

Wade “Crybaby” Walker - The more I think about it, any character that Johnny Depp has ever played is in the “no” pile. The guy is too damned good looking. No matter what, every girl in the bar would want a piece of good old Johnny. If you’re getting drunk, the last thing you want is to feel like an ass with eyeballs all night.

A Klingon - You know, nothing is worse than a drunk who is easily offended and I’m pretty sure every Klingon, including Worf, would end up stabbing you in the gut because you insulted his honor.

Cyclops (X-Men) - We get it, your life is terrible! Oh, whaaaa my wife turned into a flaming bird and killed a solar system and now I’m fucking the White Queen. Save it, you dillhole. You have super powers and nailed two of the hottest girls in the Marvel Universe. Cry me a river Mr. Ruby Quartz.

After much thought about this, I can give you my top four fictional characters that I would love to get drunk with. Now I want to be clear, I really thought about this. I don’t spend my nights with just anyone not named Mike. Not only that, but I put them in order! 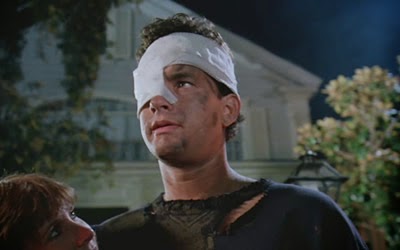 4) Ray Peterson from The 'Burbs. Underneath that calm exterior is a party animal ready to be let loose. The guy dug a hole in his neighbor’s basement on a whim. My guess is after two shots of tequila his shirt is off and he’s humping the Golden Tee machine. Easily made the list.

3) James Bond - I know I just went on a rant about Johnny Depp, but that’s mostly because I don’t picture Crybaby as a good wing man. James Bond seems like the type of guy who wants to get you laid. The guy knows that at any given moment he can get any girl he wants so he’ll throw you a bone.

2) Wolverine - Wolverine has a healing factor, he can’t get drunk…or he can, but it’s really, really hard. This way you always have a ride home. Logan, it’s been a long night. You sober? Thought so.

1) Peter Venkman - Whoooaaa! Somebody’s coming! Is there a better guy to hang out with than Venkman? I don’t think so. He’s not the best looking guy, he has some great stories and is an asshole to people who deserve it. I can’t imagine another fictional character being more fun to forget a night with. It would be amazing, like dogs and cats, living together, mass hysteria!
Posted by Patrick Bromley at 7:52 AM

Email ThisBlogThis!Share to TwitterShare to FacebookShare to Pinterest
Labels: aliens, growing up nerdy, jaws, the exorcist