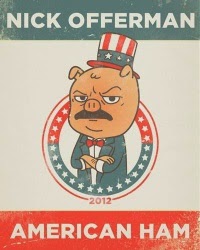 Whatever happened to the stand-up concert film?

While never exactly a staple of the Hollywood marketplace, the stand-up concert film was at least a regular occurrence in the 1970s and '80s. From the legendary concert movies of Richard Pryor to Eddie Murphy's Delirious and Raw to even Andrew Dice Clay's Dice Rules in 1991, it used to be that audiences could go to movie theaters to check out the biggest stand-ups of their respective eras. The genre mostly died out in the '90s and 2000s, though, with only the occasional entry sneaking through: The Original Kings of Comedy in 2000 and Martin Lawrence: Runteldat in 2002. Louis C.K.'s Hilarious was originally supposed to end the decade-long drought by playing in theaters (it played Sundance with that intention) but ended up going straight to cable after a couple of one-night-only theatrical bookings. These days, it's only Kevin Hart that's keeping the concert film alive.

Enter Nick Offerman, best known as Parks & Recreation's stone-faced man's man Ron Swanson. Though not a stand-up comic before embarking on his American Ham tour a few years back, Offerman has become a beloved figure in comedy in recent years and was asked to put a live show together. This concert film, recorded live at New York's Town Hall Theater in March 2013 and directed by Jordan Vogt-Roberts (who previously directed Offerman in last year's Kings of Summer), documents that show -- nothing more, nothing less. 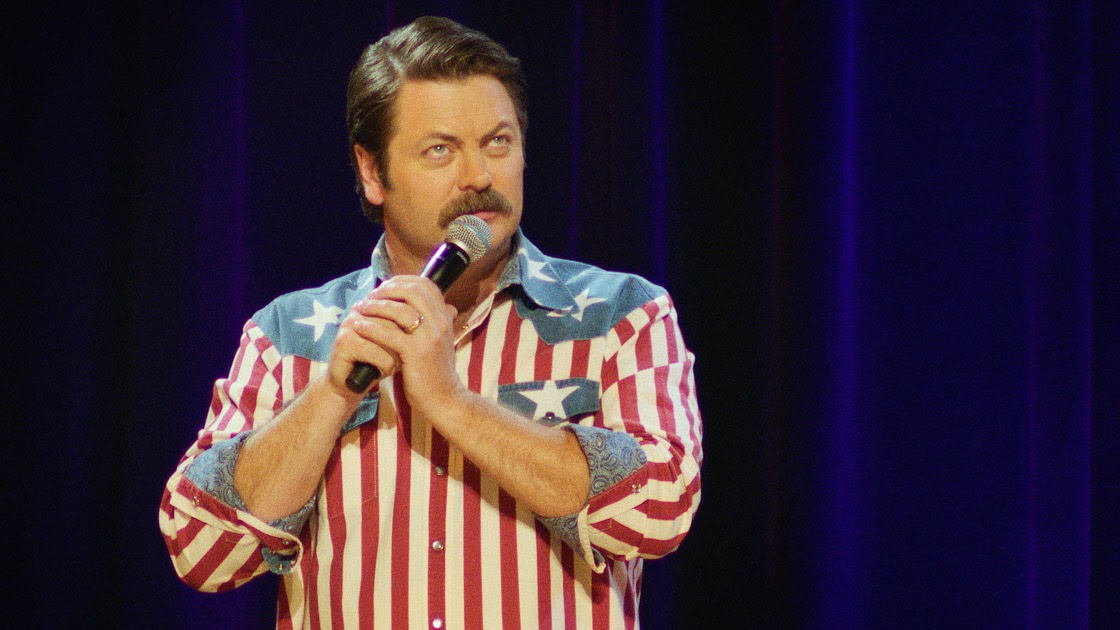 American Ham finds Offerman counting down his 10 tips for a more prosperous life, from engaging in romantic love to eating red meat to using intoxicants. Sometimes, the tips lead to observational routines, sometimes to stories about his own experiences growing up. Sometimes he sings a song to illustrate his point. The songs are actually the weakest parts of the film; Offerman is a fine singer and musician, but several of the songs exist just to repeat a point expressed better in the stand-up act. Plus, there are too many of them -- after one or two, they start to feel like filler. Still, I like how Vogt-Roberts edits them with multiple cross dissolves to shots of Offerman from different angles. Very '70s. It's a nice touch.

Otherwise, Vogt-Roberts lets the performance speak for itself. It's shot like a traditional concert film: masters from the theater floor and some handheld stuff up on stage. There are no cutaway shots to a laughing audience, no backstage documentary footage or testimonial interviews in which people gush over how much they love Ron Swanson or some shit. The only footage in the movie that isn't Offerman on stage is a series of cutaways accompanying each of his "tips," all of which are funny and visual and serve the function of breaking up the live show so we know exactly where we are on the list. Offerman's wife, actress Megan Mullally, appears in a few of them.


For a guy with no real experience in stand-up comedy prior to this tour, Offerman is an incredibly accomplished performer. He commands the stage with a confidence that's part persona put-on and part heartfelt sincerity about how he really sees the world. That's what I liked best about American Ham -- like every great comedian, Offerman expresses a clear point of view. He sees the world a specific way and is able to bring the audience in on his way of thinking. And while there's a lot of Carlin-esque material observing the various ways society seems to be breaking down, Offerman lacks Carlin's acid cynicism. He's all about living a better life and making the world a nicer place. Beneath the "man's man" posturing (it's not all posturing; Offerman really does have a wood shop and subscribes to the tenets he lays out) is the warm, beating heart of a sensitive Lord of the Rings fan. 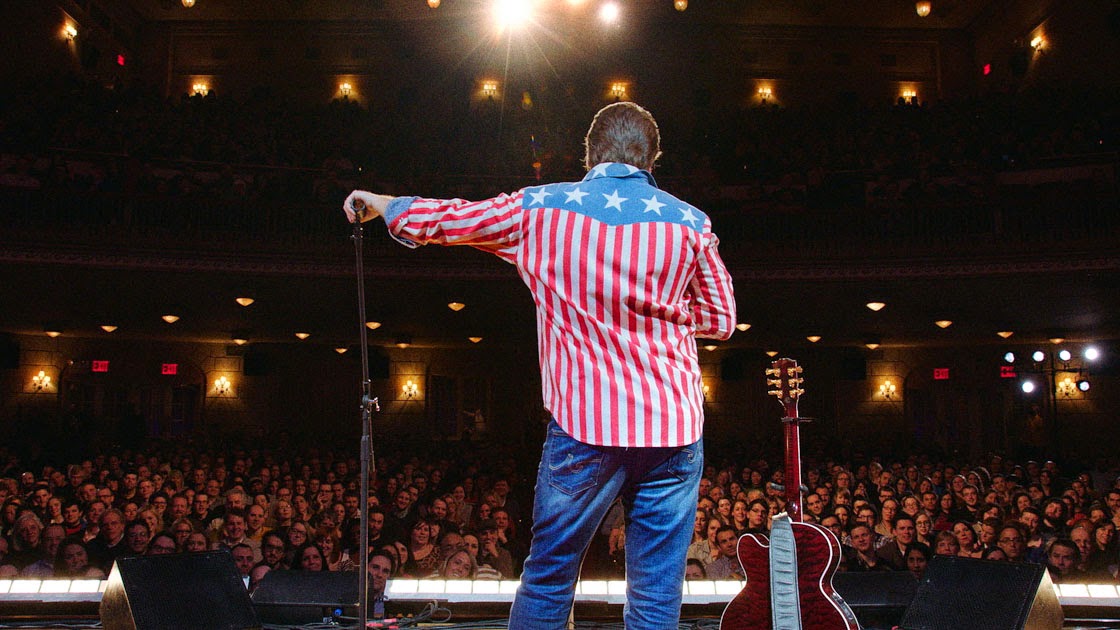 Will American Ham spur a revival in the concert film? Of course not. It's a fun but altogether slight reminder of a forgotten genre and further evidence of how funny and talented Nick Offerman is. While he's still playing a character of sorts, the movie humanizes him as a guy who sees simplicity as the path to happiness. That describes American Ham, too. It's simple but happy.
Posted by Patrick Bromley at 4:00 PM