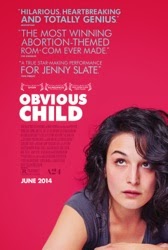 You know those movies where you get to watch someone become a star in the span of a single film? That's Jenny Slate in Obvious Child.

If you're not a big comedy nerd, you might not be familiar with Jenny Slate. She spent one season on Saturday Night Live, which failed to find any good use for her before unceremoniously letting her go (which, it turns out, may have been the best possible career move for her). She's had a number of bit parts, shown up in a lot of web videos and on Kroll Show and she's hilarious as Mona-Lisa Saperstein on Parks and Recreation, but it seems like the right project has yet to come along that's going to make Slate a household name. 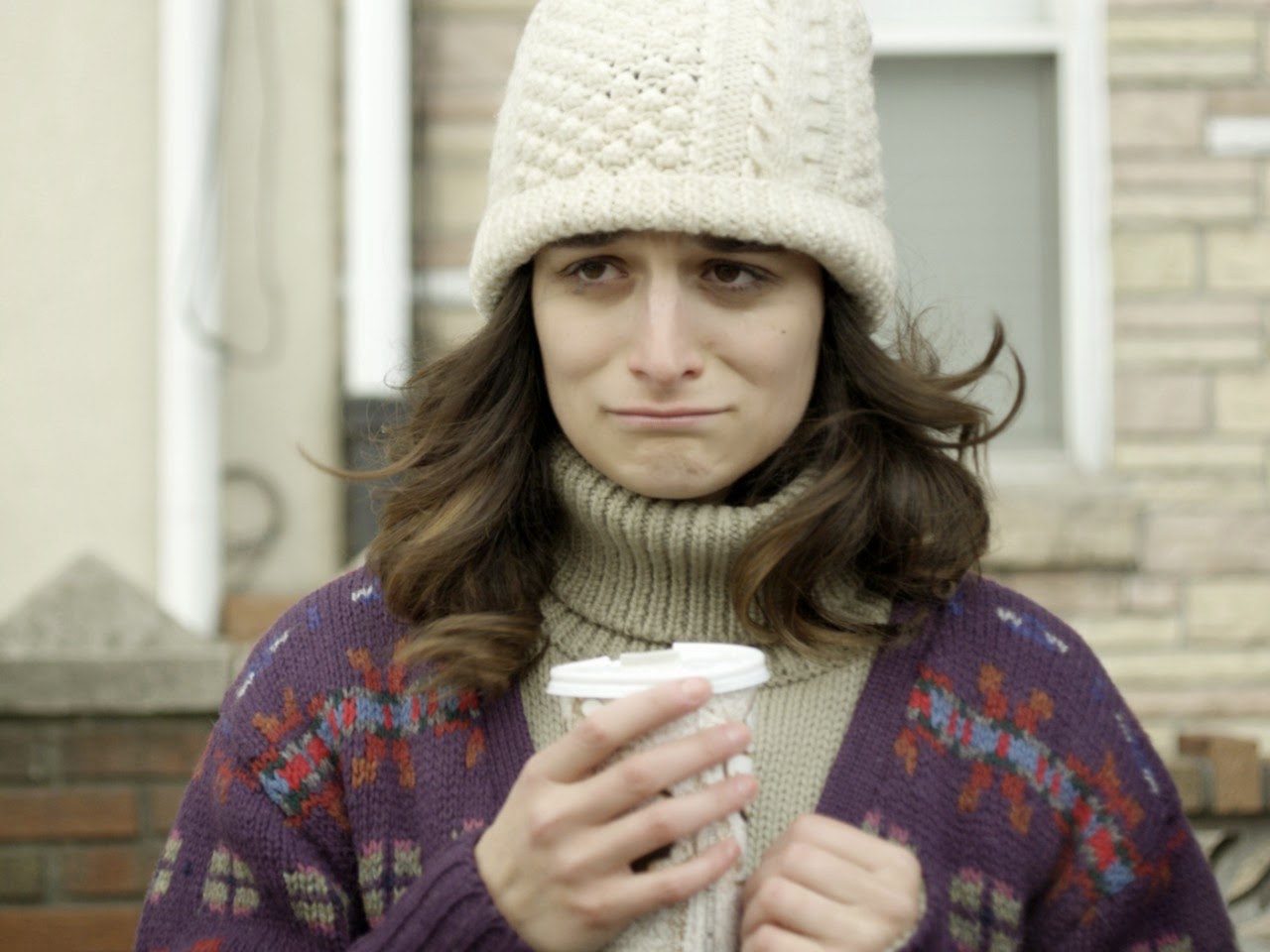 Obvious Child, the debut feature from writer/director Gillain Robespierre, is just that project. Jenny Slate plays Donna Stern, a twentysomething comedian living in Brooklyn who spends her days working in an independent book store and her nights doing stand-up in the same tiny club. Reeling from a breakup with her long-term boyfriend, Donna gets drunk and sleeps with nice guy Max (Jake Lacy, imitation Jim from the final seasons of The Office) and, wouldn't you know it, ends up pregnant.

That last plot point is what will wind up defining Obvious Child, which already came out of this year's Sundance festival branded as "the abortion comedy." That label is reductive and unfair, as Obvious Child is in no way about only abortion. Yes, it factors in, and while it doesn't take the development lightly, one of the best things about the movie is that it recognizes that it is the person who defines that choice, not the other way around.

The center of the movie, obviously, is the performance of Jenny Slate. As someone who has been a fan of hers since she dropped a "fuck" on her very first episode of Saturday Night Live, it's vindicating to see her be so fantastic in her first starring role. She's hilarious and vulgar and insecure and vulnerable, using humor as a defense but never as a weapon. She has a moment late in the film in which she does not speak, using only her face to create a moment that is heartbreaking and oddly inspiring. Her entire arc comes into focus in that moment -- and she does it all while falling asleep. I defy you to watch the movie and not fall in love with Jenny Slate. 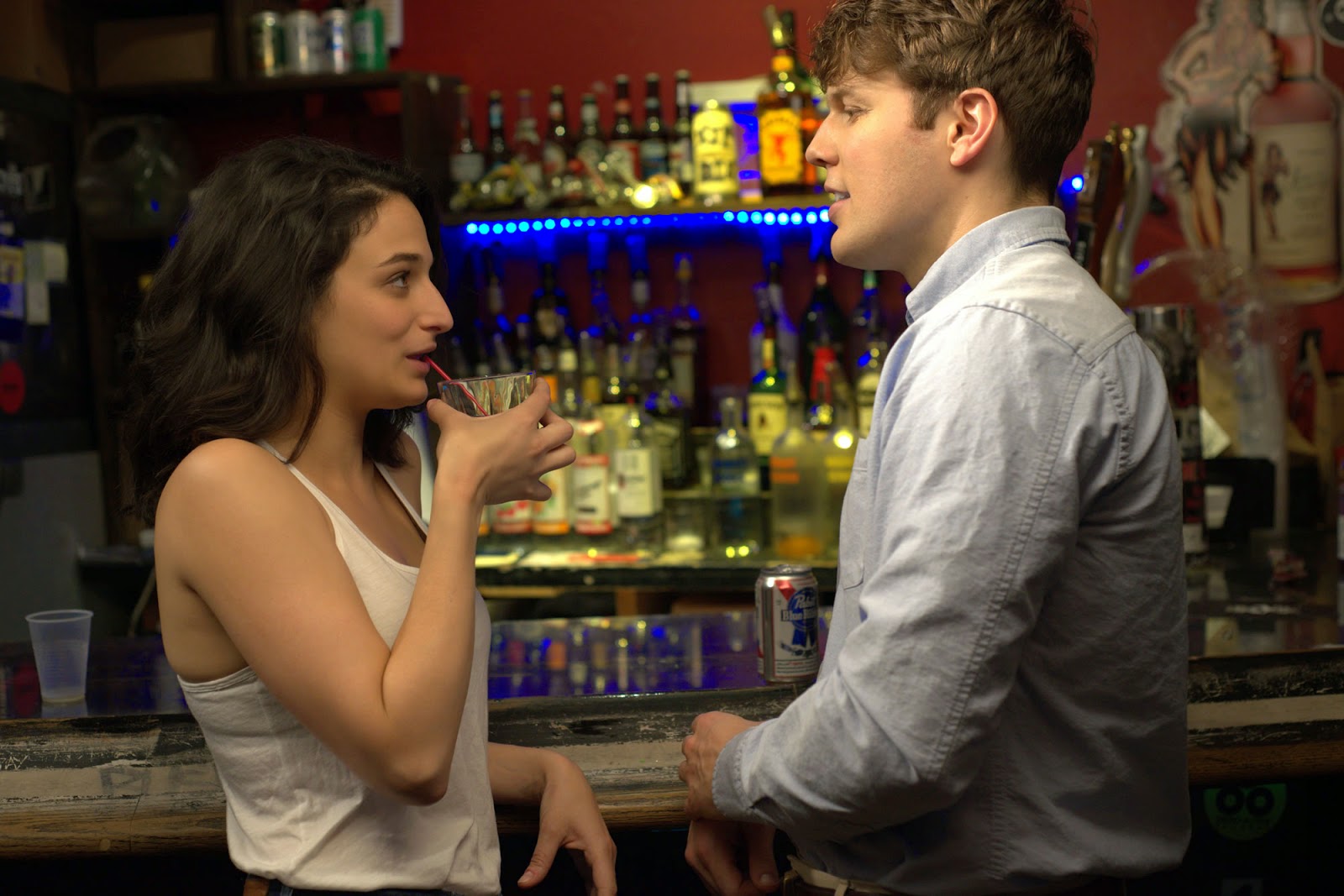 The rest of the cast meets her ably. Jake Lacy avoids the nice-guy-doofus stereotypes and plays a guy we actually believe Donna could be into despite how different they are (after all, his shoes are terrible). Gaby Hoffman continues her streak of great work, turning what might have been a thankless best-friend role into a rock of support who even gets her own inner life -- writer/director Robespierre makes sure that these are all real people and not just "types" (Hoffman's performance also further proves me right for singling her out in the cast of Now & Then, so there). Richard Kind and Polly Draper only get a couple of scenes each as Donna's parents and, in just a few small strokes, create people who are loving (albeit in different ways) and creative and who could believably be responsible for exactly who Donna is. I like the detail that they are both successful in different arenas and have, to one degree or another, enabled Donna to remain a child. It's not a point that's hammered home and the movie is smart enough not to punish any of the characters for it, but it's another detail that speaks to a very real phenomenon taking place with young people today. A generation is not growing up because they are not required to. Obvious Child gets that.

It gets so many things right. What works about Obvious Child -- beyond the winning performance of Slate (and everyone, really) -- is just how authentic it feels. There are so many "movie" traps into which the film could have fallen which would have resulted in something that felt either sanded down or, more likely, painfully faux-hip. Instead, it feels like a movie made by people who have lived these lives. The book store in which Donna looks and feels like a real book store; the club at which she performs comedy feels like a real club. All of the locations are genuine and lived-in, not location-scouted or set-dressed to look like cool Brooklyn spots. The relationships between the characters feel real, probably because some of them are; Gabe Liedman, for example, plays Donna's best friend and fellow comic and their friendship is authentic because in real life Liedman and Slate really are best friends and comedy partners. 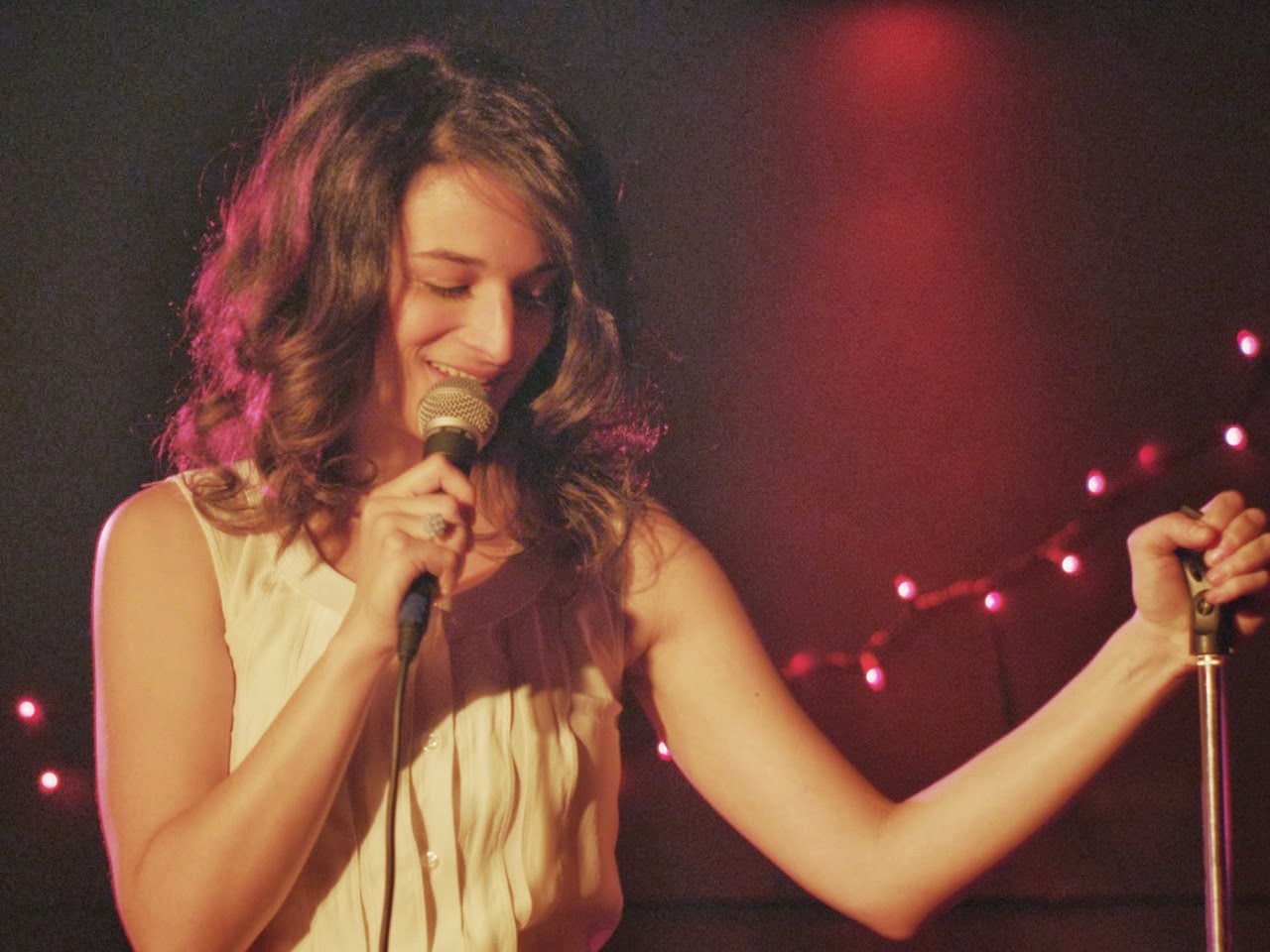 That lived-in feel is what makes Obvious Child more than just charming and funny. It's a movie made for a specific audience who aren't usually spoken to, even in indie movies. Most movies fake it; this one doesn't. Take, for example, the way the characters are constantly telling Donna how amazing and incredible she is. Initially, I bristled at this; she is shown to be funny and likable, but hardly "amazing." But then I realized that this is exactly how this generation talks. Friends build one another up and hurl praise around whether it's deserved or not (because Donna is played by Jenny Slate, it is deserved). Robespierre's screenplay, based on her own 2009 short film (which also starred Slate), understands the way a specific subculture of a specific generation act and talk. It gets the details right.

I worry that reviews will brand Obvious Child some sort of "issue" movie when it is released, or that certain groups will attack it for trying to make abortion funny. Anyone who makes that claim hasn't seen the movie and should also fuck off. This is not an abortion movie. It is a movie that has abortion in it, but it is a character study about a kind of person who is underrepresented on film -- at least in this kind of honest, real way. It should rightfully make a movie star out of Jenny Slate, and if it doesn't...well, that's on you people.

Posted by Patrick Bromley at 4:35 PM