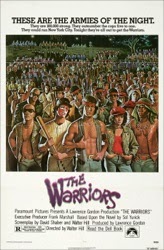 Contemporary genre cinema owes a huge debt to Walter Hill. In addition to writing and directing the movies on this list, Hill wrote Sam Peckinpah's The Getaway, co-wrote and produced Alien and was one of the creative forces behind both Tales from the Crypt and Deadwood on HBO. If you grew up watching action films, crime movies or westerns in the '70s or '80s, Walter Hill has touched your life. The filmmaking descendant of John Ford, Howard Hawks, Sam Fuller and Sam Peckinpah, Hill makes movies about specific types of men with specific types of codes by which they live. His movies are all sweat and blood.

Hill is a filmmaker I have always liked because he's made/been attached to so many titles of which I'm a fan, but in compiling this list -- both in watching a bunch of his movies in a row and seeing his films stacked up against one another -- it turns out I LOVE Walter Hill. If you want to get a sense of him as a director (both good and bad), check out these movies.

1. The Driver (1978) Three years after making his directorial debut with Hard Times, Hill made this neo-noir classic, a clear influence on the early films of Michael Mann and Nicholas Winding Refn's Drive. Making the best possible use of Ryan O'Neal's blankness and non-acting (a trick he probably picked up from Stanley Kubrick), Hill casts him as a getaway driver (named Driver) being chased down by Bruce Dern's detective (named Detective). Hill's filmography is often about stripping genre films down to their most basic elements, and nowhere is that more apparent than in The Driver. It's an existentialist crime movie reminiscent of some French New Wave efforts, making it one of his artiest films, as well as one of the coolest...by which I mean temperature, not "awesome." But it is also very cool. 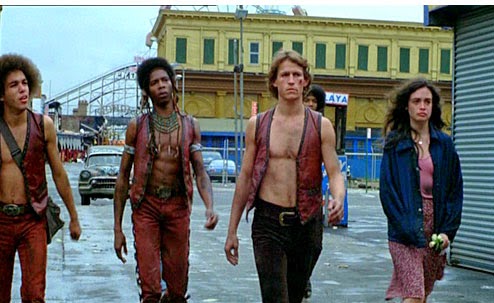 2. The Warriors (1979) This might be the film for which Hill will be best remembered. A colorful, stylized "urban fantasy" in which a street gang is chased through New York after being framed for a murder they didn't commit, The Warriors has become one of the best-loved cult films of all time. Though most of the movie seems to exist in present-day 1979, there's a futuristic quality to it (from the eccentric costume design of gangs like the Baseball Furies to the fact that street gangs run New York) that's in keeping with some of the time-shifting Hill would embrace in several of his movies. Like Escape from New York and The Terminator, this is a movie that climbs higher up my list of all-time favorites every year. I wish Hill's original theatrical cut would get a Blu-ray release; the only available version is his "director's cut," which adds intrusive comic book panels to many of the scene transitions.

3. The Long Riders (1980) Though many (most?) of Hill's movies are influenced by westerns, this was his first proper entry into the genre. Telling the story of the James-Younger gangs and the Pinkertons chasing them, the movie is probably best known for the casting of a bunch of real-life brothers: David, Robert and Keith Carradine, Stacy and James Keach (who also co-wrote and produced), Dennis and Randy Quaid and Christopher and Nicholas Guest. David Carradine gives the most interesting performance and steals the movie; otherwise, it tries to serve a few too many characters. This was Hill's first collaboration with his regular composer, guitarist Ry Cooder, who contributes a great score. Some incredible stunts and bursts of strong violence help provide life when the story lags. The film owes a great debt to Sam Peckinpah; it's Hill's first movie to turn into The Wild Bunch, but it wouldn't be the last. 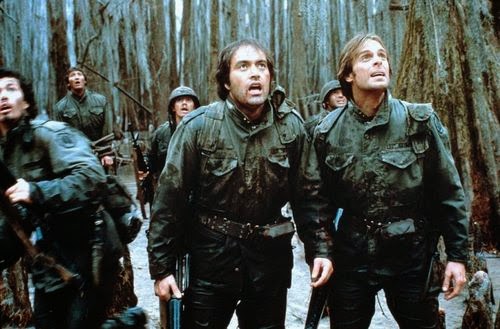 4. Southern Comfort (1981) One of the Walter Hilliest of Walter Hill movies, Southern Comfort finds a crew of National Guard soldiers who start some shit and find themselves lost and hunted in the swamps of New Orleans. Often suggested as a Vietnam parable (though Hill has said he didn't intend it as such), the movie collects another of his amazing casts of men's-men character actors (including Keith Carradine, Powers Booth, Fred Ward, Brion James and...Peter Coyote?) and puts them in an impossible situation, forcing them to fight their way out. Naturally, their differences are amplified and they begin to turn on one another. Structured like a horror movie -- they're picked off one by one -- Southern Comfort is a great action movie and features what might be my favorite Ry Cooder score. Like many of Hill's films, it has developed a cult following. A new Blu-ray from Shout! Factory should only increase its visibility; hopefully more people get to see it and appreciate its greatness.

5. 48 Hrs. (1982) Hill's studio breakthrough essentially invented the buddy cop genre and made a star out of Eddie Murphy (then a 21-year old kid acting on Saturday Night Live) while retaining so much of what makes him great as a filmmaker: the tough guy dialogue, the characters who live by a code, violent and bloody action and plenty of rowdy blues and rock on the soundtrack. Though it's often remembered as an out-and-out comedy, 48 Hrs. is much more of a two-fisted action movie that happens to have some funny dialogue, nearly all of which feels insanely edgy and racially-charged in 2014. This is a movie with race very much on its mind, forever bubbling just under the surface and threatening to boil over at any minute. The scene in which it finally does -- Eddie Murphy taking total control of a redneck bar and putting every patron in his place -- has been correctly identified by Roger Ebert as the scene that made Murphy a star overnight. 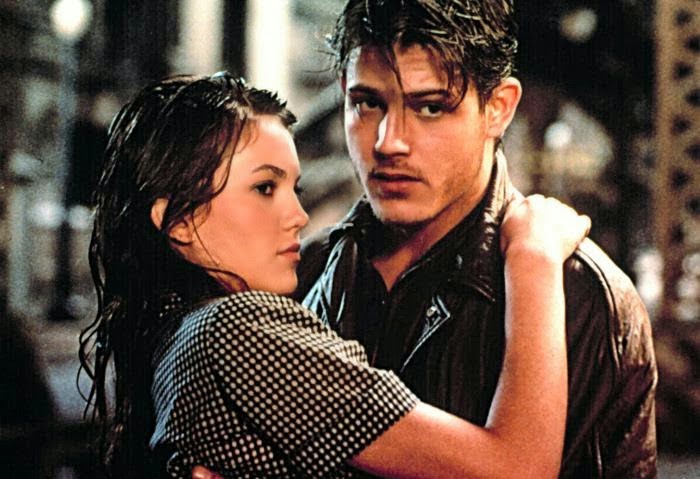 6. Streets of Fire (1984) I've already written about how much I love Streets of Fire, which feels very much of Hill's filmography and yet totally separate. It's got a lot of his pet obsessions, from the rock n' roll music to the street gangs to the mix of time periods to the hero that lives by a code, but it's also the only real romantic movie he ever made. Who knew he would make the MOST ROMANTIC movie -- a Casablanca riff all about singing what your words can't say and passionate kisses in the rain. It's a 13-year old boy's idea of movie romance. And it works. The moviegoing public's total indifference to the film upon its release ensured that Hill never made another film like it, but that would have been an impossibility anyway. Streets of Fire is too singular to ever be repeated. Like The Warriors before it, the movie has since gained a cult following. I love a lot of Walter Hill movies, but this one is easily my favorite.

7. Brewster's Millions (1985) When making these "director's essentials" lists, it's often important to include the weird departures their careers occasionally take, like the time Walter Hill directed a broad comedy about Richard Pryor trying to spend a bunch of money in order to earn a big inheritance (I know, I know). Hired because 48 Hrs. was such a hit ("This guy directed one successful movie with a black comedian, so he should probably direct this other movie with a different black comedian!" - A [possibly racist] Hollywood Producer) and because he wanted a commercial success, Hill's lone attempt at screwball comedy carries none of the punch of his other movies. It's competently made, nothing more, and doesn't even provide Pryor the showcase afforded to Eddie Murphy in 48 Hrs. It was a modest success, though, earning more than twice its budget and giving Walter Hill enough financial freedom to go back to being Walter Hill. 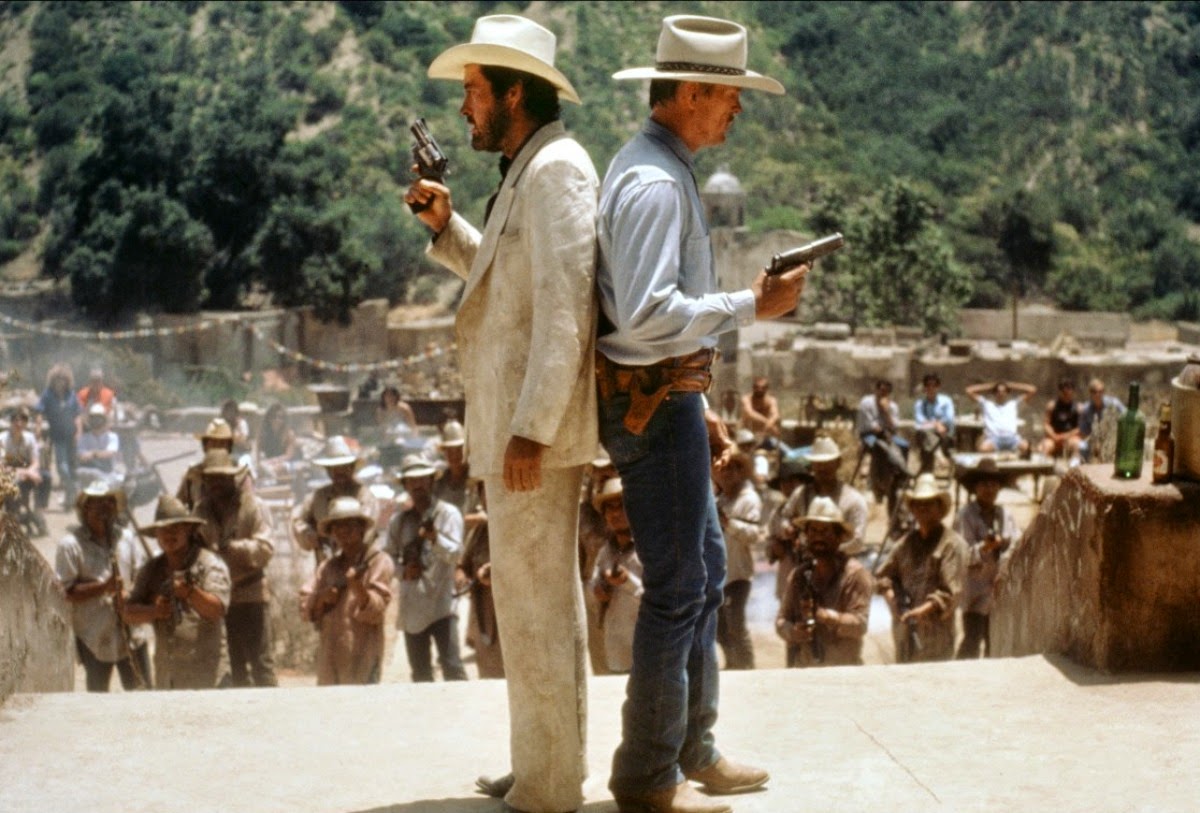 8. Extreme Prejudice (1987) Remember when I said Southern Comfort was the most Walter Hill movie ever made? Just kidding. It's Extreme Prejudice, Hill's return to form and the movie that combines everything that makes him great into one movie. Men who live by a code? Oh boy. Amazing cast of macho character actors? Holy shit. Besides reuniting Hill with Nick Nolte (48 Hrs.) and Powers Booth (Southern Comfort), the film stars Clancy Brown, William Forsythe, Rip Torn, Lamar from Revenge of the Nerds, Michael Ironside, Tiny Lister and Maria "There's Nothing Funny About a Dickless Moron With a Battery Up His Ass" Alonso. Hardboiled dialogue? Ultraviolence? He even gets to put actors in cowboy hats, finally combining the westerns he dearly loves (the movie is the best Sam Peckinpah movies that Sam Peckinpah never made) with the '80s action movie he helped perfect. It's where the Holy Trinity of Tough Guy directors -- Hill, Peckinpah and John Milius (who wrote the story) -- finally all converge. Hill could have spent the rest of his career making movies about the Zombie Squad and I would be perfectly happy...though that might have been difficult. The climactic shootout is wall-to-wall bullets, squibs, flying stuntmen and broken glass. Translation: it's fucking awesome.

9. Last Man Standing (1996) It's hard to pick a movie that represents Hill on what most might consider his downslide (only because he peaked commercially in the '80s; he would not experience another box office success). He spent the decade between Extreme Prejudice and Last Man Standing stumbling a little, directing the solid but unremarkable buddy cop movie Red Heat and the even less remarkable Another 48 Hrs., Hill's only sequel (and his biggest commercial success). He made a true Walter Hill movie in Wild Bill, the story and themes of which he would later revisit on Deadwood, and attempted a mainstream historical drama with Geronimo: An American Legend. There are things to like about all of them -- maybe not Another 48 Hrs., but it's been a long time since I saw that one -- but none represent his best work. Last Man Standing was an attempt to return to form. Bruce Willis stars in a remake of Akira Kurosawa's Yojimbo (and, by extension, A Fistful of Dollars) as a mysterious stranger who strolls into a Prohibition-era (era) Texas town and proceeds to pit two rivals gangster families agains one another. The movie sometimes confuses "spare" for "underdeveloped," but features some great shootouts and the LOUDEST gunfire you've ever heard in a movie. Bruce Willis sleepwalks, but Christopher Walken's villain turn helps make up for it. This is the kind of movie that Walter Hill once would have crushed. Maybe he got a little rusty. Maybe the times had just changed. 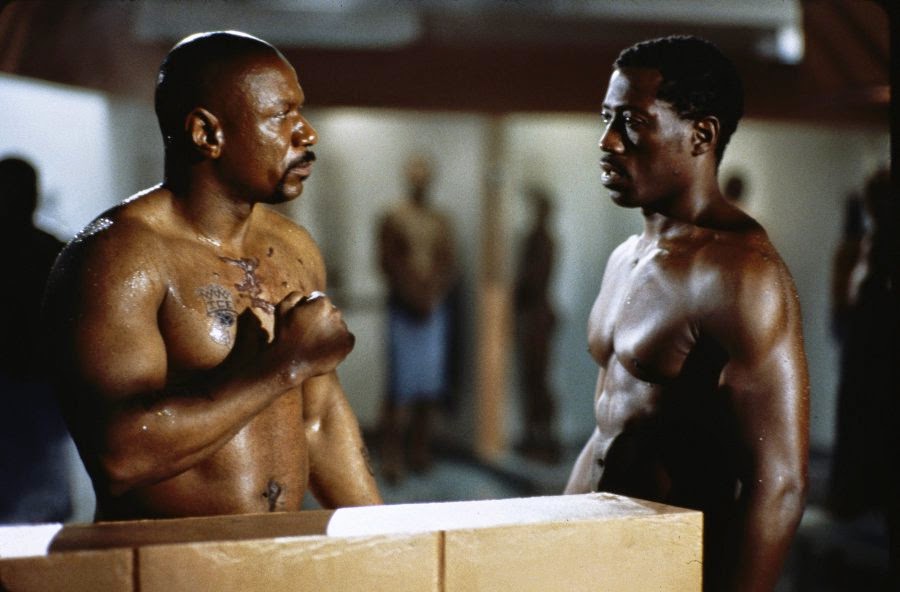 10. Undisputed (2002) Hill bounced back from the disaster of Supernova -- his attempt to return to sci-fi which was recut and re-shot by several other directors (including Francis Ford Coppola) to the point that Hill had his name taken off -- with this old-school fighting movie that recalls his first film Hard Times. Ving Rhames and Wesley Snipes star as incarcerated felons who meet up in a prison boxing match arranged by a gangster. Both actors do some of their best work in a movie that's as meat-and-potatoes Walter Hill as they come. It's not his best work, but it's the last feature he made that can stand alongside his filmography. His only movie since was 2013's Bullet to the Head, which isn't terrible but is certainly his weakest movie (Brewster's Millions notwithstanding). Let's bring back the old Walter Hill. 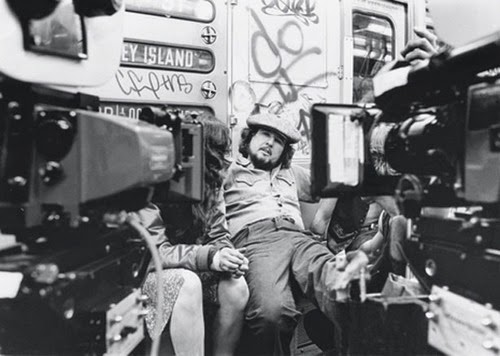