Heath Holland continues watching all of the Godzilla films in order. How did the ‘80s and ‘90s treat the King of Monsters?

After watching the first fifteen Godzilla movies (also known as the Showa era), I was excited about the future of the series and the limitless possibilities that new technology and special effects would usher in. The Showa era had been marked by exciting and diverse stories that -- more often than not -- were based in a sense of adventure and whimsy. Bright colors, funky music, and lots of jokes and humor had been a staple of the majority of the original run.

The Heisei era really made me miss the Showa era.

First off, the Heisei era is named after the current Emperor of Japan and started around 1989. In Godzilla terms, the Heisei era began with 1984’s Return of Godzilla . Heisei is pronounced “hey say,” as in “Hey, say we make more of those Godzilla movies that people used to love, but make them unbearably grim.”

Every single movie in the Heisei cycle features a psychic lady. It’s weird. I suppose they’re here because they can communicate with Godzilla and other creatures and allow us access to the monster’s motivations, but it’s still really strange that psychics play such a vital role in every single movie. A more unfortunate development during all of these Heisei movies is that they all run 30 minutes longer than they need to. Every single movie is pushing two hours, which is a long time for these things. The story can be done, the conflict resolved, and yet there’s still enough time to go out for ice cream and come back without missing the credits.

Finally, the idea of Godzilla being a hero on the side of the Japanese people seems almost entirely gone. Here Godzilla is once again a force of nature and cannot be reasoned with. He is once again a harbinger of death and destruction, and I think that’s a shame. I also think it’s a shame that the Heisei era completely ignores all movies other than the original 1954 Ishiro Honda film. “Hey, say we pretend all those movies we grew up with never happened and made Godzilla boring and no fun!” Job done.

Things get off to a grim start with The Return of Godzilla (1984). Americans know this movie as Godzilla 1985 and, as far as I’ve been able to tell, never did get the original version of the movie as released in Japan. The cut issued in the States featured newly filmed scenes and Raymond Burr reprising his role from the Americanized 1956 film 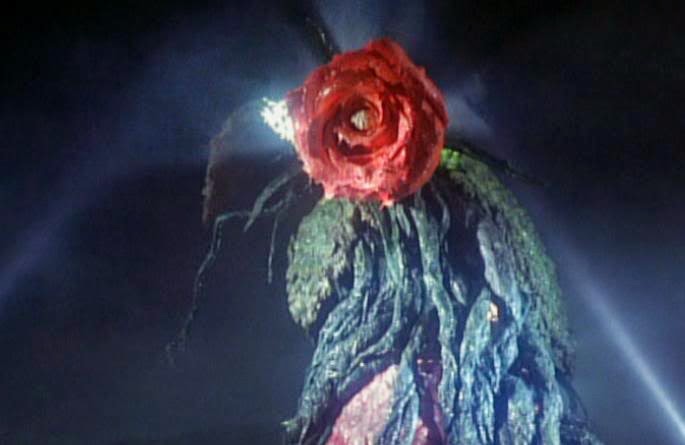 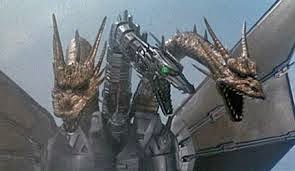 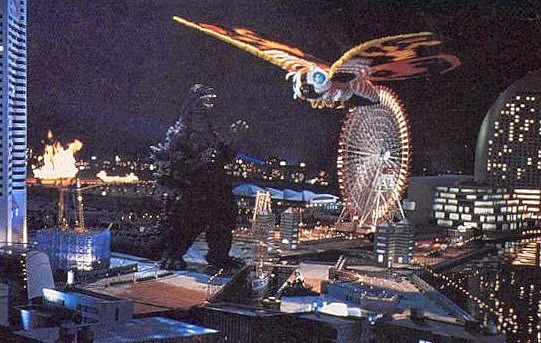 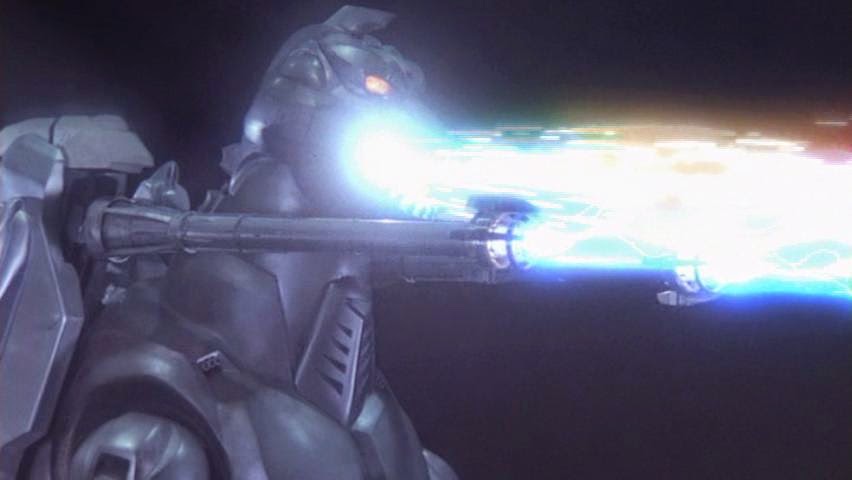 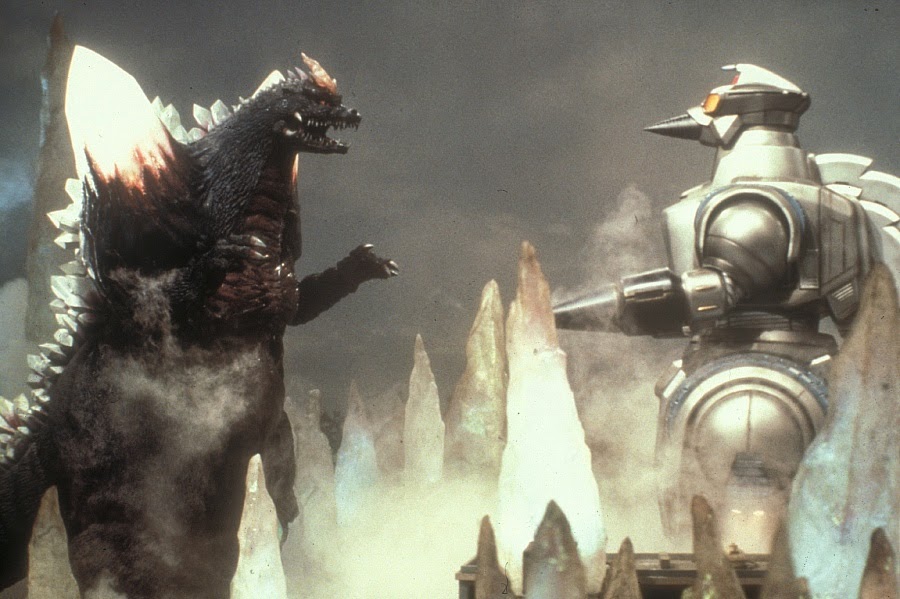 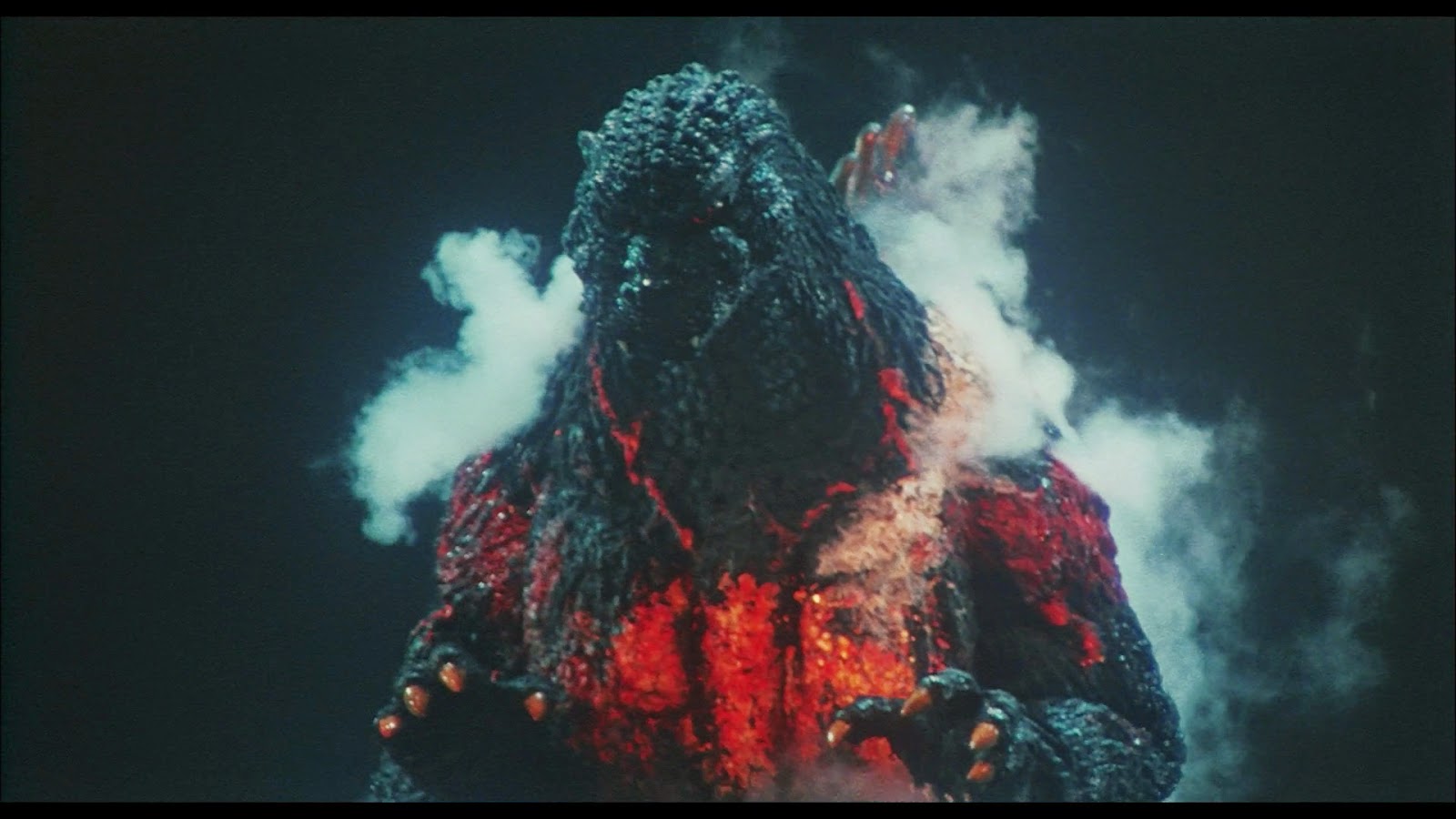