What a week. I almost died and I saw a bunch of movies. 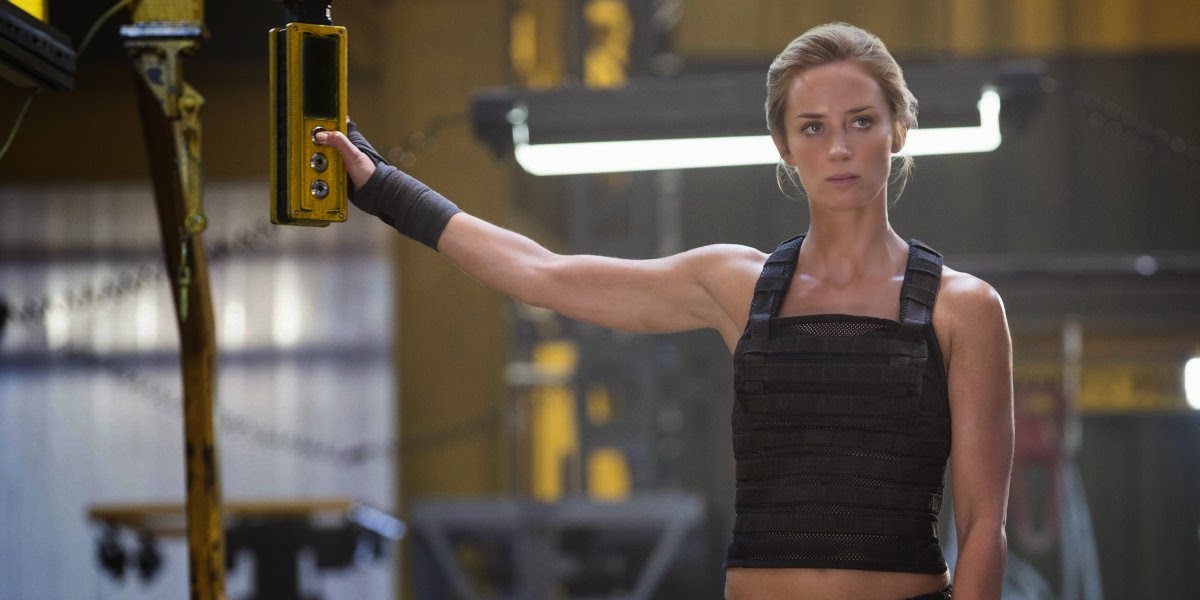 Day 7 was a pleasant surprise. I was grasping at straws to find something to watch, so I decided to give Edge of Tomorrow another shot. But first…CINEMA ARCADE! I played three games of Pop-A-Shot and spent 15 minutes playing the Metallica pinball game. I still have tokens leftover so I’m going to have to visit this theater again by month’s end.

As for Edge of Tomorrow, I enjoyed it the first time but had issues with the second half not being as good as the first. As it turns out, I realized on the re-watch that I had been particularly drowsy the first time I saw this movie. The second half is not bad at all. It’s still the same fun and exciting movie as it was in the first 60 minutes. Now I think this is my favorite mainstream movie of the summer. It totally holds up on a second viewing, which I wish more movies did. What do you think is the key to a movie holding up on repeat viewings? My theory is it has to do with pacing. If a movie is well paced, that’s a determining factor of its re-watchability. Do you agree? 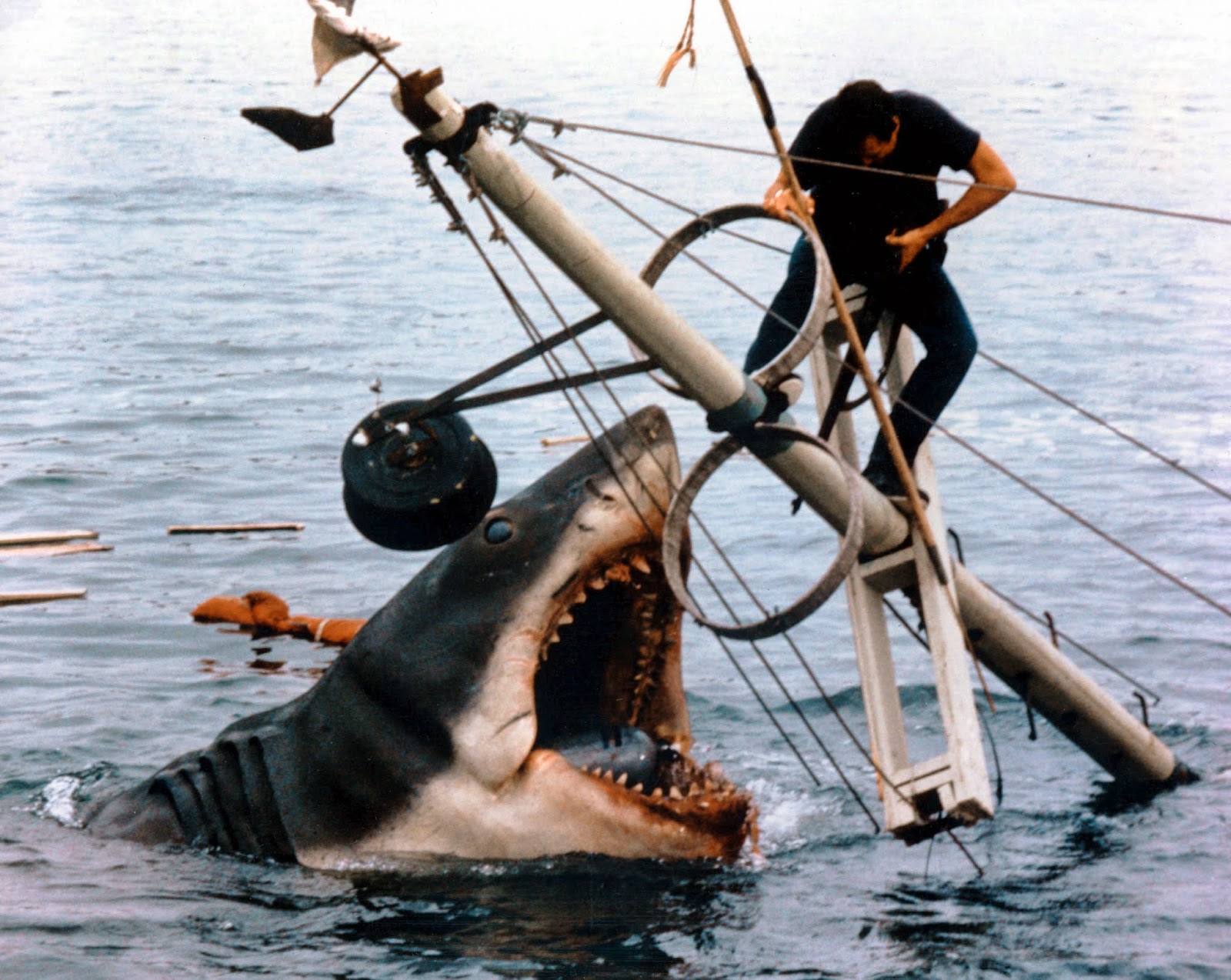 Few things feel more right than seeing Jaws in a full theater on a summer evening. This was simply a wonderful experience. The screening of Jaws I attended (with our own JB) was hosted by the Chicago Film Critics Association, who also conducted a post-movie discussion. One great aspect of this experience (besides seeing Jaws in a theater, which you must do at some point in your life) is that the audience I saw the movie with had many people who somehow had never seen Jaws before. It made the experience all the more special.

I love Jaws. I think it’s a perfect movie. What has struck me on recent viewings is a) how small the story is (compared to present day blockbusters, Jaws is simply a story about a big problem affecting a small town) and b) that I think one reason the movie resonates so much with audiences is because it’s about something everyone can relate to – a dilemma that won’t go away unless you do something about it. We’ve all been there before.

One thing worth noting: I am so tired of people saying the shark isn’t scary or that it looks fake. I never understood that. I don’t care if the thing is mechanical; it is scary as hell. If I were an actor who had to play getting eaten by this mechanical shark, I would still be scared of it as if it were real.

Thank goodness for repertory cinema. If not for classic screenings, I could never make it through this challenge. 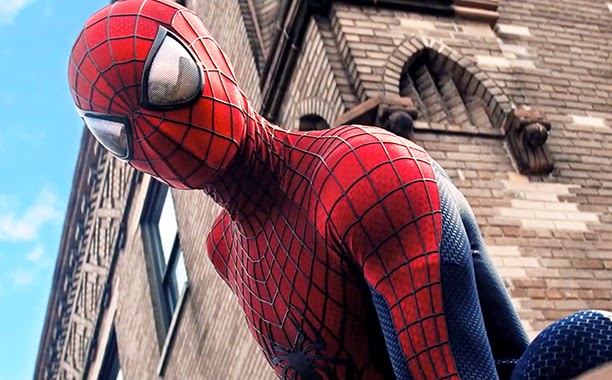 I did something at the movies tonight that I’ve never done before; I made a movie theater into a buffet.

I visited the only area dollar theater and instead of selecting one movie to see, I decided to do two hours of theater hopping, watching 30 minutes of four different movies. It was a blast. I’m going to have to do this more often. I love me some dollar theaters!

I started by watching the first 30 minutes of a movie only a Holland could love – The Amazing Spider-Man 2. Then I went and saw the best part of Divergent, which is the middle section with all of the training sequences. After that, I checked out 30 minutes of Captain America: The Winter Soldier and closed by catching the end of Neighbors. I’m not sure why I decided to do this, but it was a unique experience and the most fun I’ve had at the movies all month. To read more, visit Adam’s story at LivingTheDream.org.

Note: One thing I love about the dollar theaters is that the coming attractions are for movies that have already been released. Before The Amazing Spider-Man 2, I saw trailers for Godzilla, X-Men: Days of Futures Past and Edge of Tomorrow. It's like being from the future.

July 10th
Movie: Dawn of the Planet of the Apes 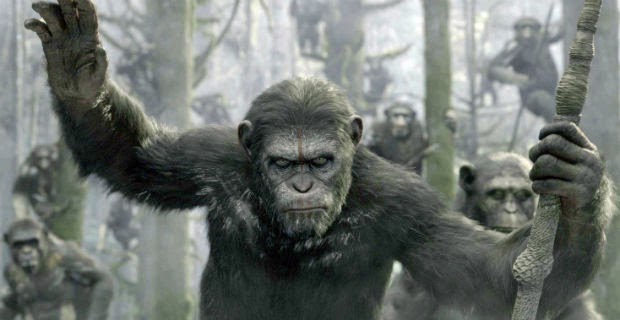 Day 10 was quite strange. I was visiting my alma matter, Indiana University, to see how the campus has changed in the 10 years since I graduated. As part of my trip of nostalgia, I decided to see Dawn of the Planet of the Apes at my old college movie theater, the Showplace West 11. This is the theater with no stadium seating that was once sold out for 8 Mile for four straight days. Needless to say, I bought my ticket in advance for Dawn (it didn’t matter, there were about 30 people in the theater).

I enjoyed the movie. I didn’t think it was the movie of the summer (like how The Dark Knight was the movie of its summer) but I still thought Dawn was a solid movie, in particular during the second act. I thought the material with Caesar and his son was pretty great, as was everything with Koba, who has to be the best villain of the year so far. I prefer Dawn to Rise and I’m looking forward to seeing the next entry. Here’s where I almost died. On my way back to my hotel a deer ran out in the middle of the road and I had to swerve to avoid it. Is this an omen? Am I going to survive this challenge? Fuck it. I’m going to continue on even if it kills me.

Not sure if this is related, but I’ve also had four straight nights of bad dreams. 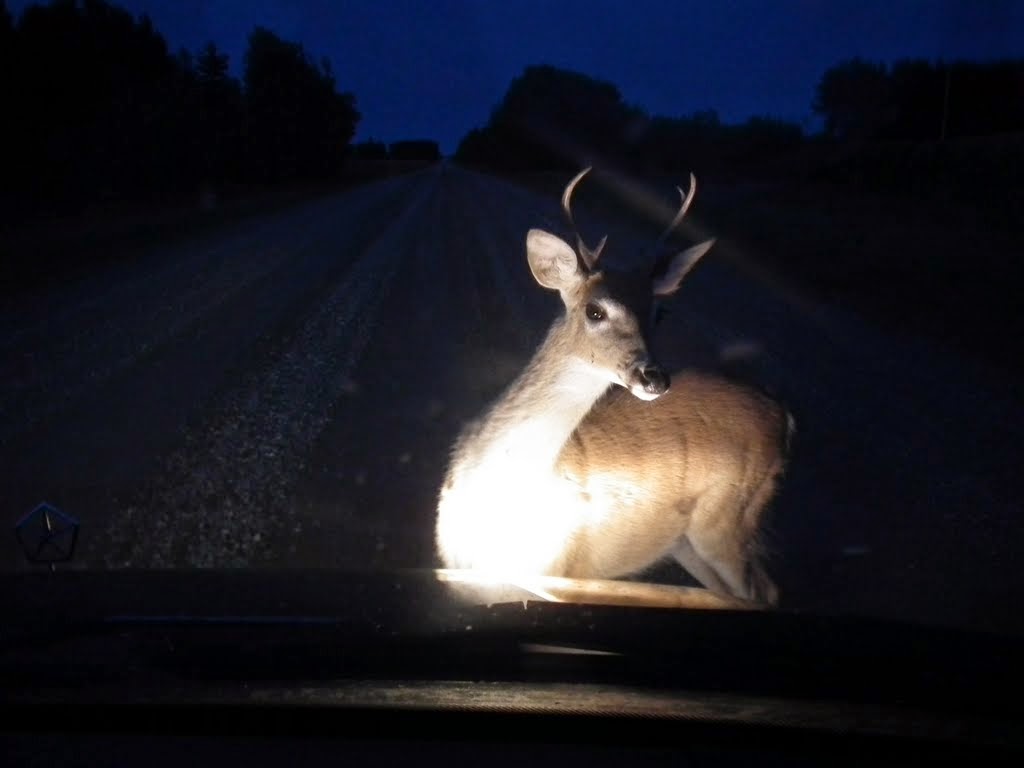 July 11th
Movie: The Fault in Our Stars

My buddy Brad L took me to task last week for walking out of movies. He mentioned that maybe I should skip going to the movies for a bit to better appreciate the experience of going to one. With that in mind, I made a cognitive effort to appreciate a movie I was watching.

I saw The Fault in Our Stars for a second time, and while I never felt like walking out, I did trail off a bit. I knew the beats. I wasn’t as emotionally invested the second time. I didn’t cry like I did the first time. So, when I caught my mind wandering I decided to make a cognitive effort to appreciate specific aspects of the movie.

What I realized is that I value solid acting and charismatic actors more than anything else in movies – more than special effects, more than screenplay, more than genre etc. Question for you readers: what do you appreciate most in a movie? I also thought about how I appreciate when a director knows just the right moment to end a movie to yield maximum effect. The Fault in Our Stars is a movie that ends on a perfect note and I certainly value that. 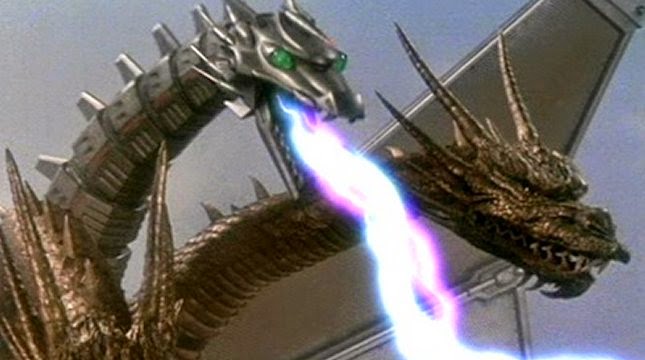 I don’t know what it is about Saturdays, but it’s the only day of the week thus far where I have felt like giving up on this challenge. On day 12, I was hitting a wall. In fact, I almost didn’t make it to the movie at all. I was busy with family all day so I had to see a movie in the late evening.

The Godzilla movie was playing at a beautiful old rep theater called the Pickwick in the Chicago suburbs. The main auditorium seats over 1,000 people and the theater was about half full of Godzilla aficionados (there was a Godzilla convention in nearby Rosemont this weekend, so tons of G-fans were out in full force). I thought this would be lots of fun. As it turns out, it was quite a drag. First, I’m getting truly tired of concession stands. Not buying concessions; just looking at them. If I could go the rest of the month without seeing popcorn, I would be a happy man. Second, going to a late night movie means a quick turnaround for the next day -- I’m going to have to see another movie in less than 12-18 hours. I feel like a baseball player that plays a night game and then has to be at the ballpark at 9am for warm-ups before tomorrow’s day game. Third, I’m not the biggest Godzilla fan in the world, so I couldn’t share in everyone’s enthusiasm. Have you ever had that feeling where you wish you were more of a nerd to feel like you fit in?

Note: I’d want to take this opportunity to ask Mike and Adam Thas to put me through Nerd School. I want them to build a pop culture nerd curriculum for me so I can be a better pop culture nerd. As of right now, I’ve been kicked out of many schools because I’m too cool for them. I’m talking Doctor Who, Star Trek, etc. I want to be in the know. Where do I start guys? Make me a nerd!

Mark July 12 as the day this challenge is not fun anymore.

Going into day 13, I was in a fog. A haze. A cloud of depression. I wanted this challenge to be over. I decided to go see Ida at a nearby art house theater because I’ve been hearing it’s terrific for the past couple of months. But seeing Ida feels like work and I needed a pick me up after day 12. So instead I went to see Life Itself AGAIN.

Life Itself was still great even on the fourth watch. How can this not be my favorite movie of the year so far? I think it is. I even cried this time, which I hadn’t the past three viewings. It was the boost I needed.

So, a hit and miss week. Tune in next week as I’ll discuss moral dilemmas in movies, 70mm screenings and Cameron Diaz on roller skates.
Posted by Patrick Bromley at 6:30 AM

Email ThisBlogThis!Share to TwitterShare to FacebookShare to Pinterest
Labels: dawn of the planet of the apes, edge of tomorrow, jaws, life itself, movie theaters, riske business, summer 2014, the amazing spider-man 2, the fault in our stars