Review: The Fault in Our Stars

The Fault in Our Stars made me its bitch.

I was a bit embarrassed to see this movie in theaters but my affection for Shailene Woodley (I have a crush on her acting and she looks adorable even with an oxygen tube in her nose) got me into the theater and I am glad it did. It’s a sweet and poignant movie containing several terrific performances. Do yourself a favor, ignore whatever stigma you might be concerned with and go out and see it. It’s saccharine, but also an honest and intelligent melodrama.

The plot in brief: Hazel (Shailene Woodley) is a teenage cancer patient who is forced to attend a support group by her parents (Laura Dern and Sam Trammell) where she meets Gus (Ansel Elgort) whose cancer is in remission. The two develop a friendship and fall in love. 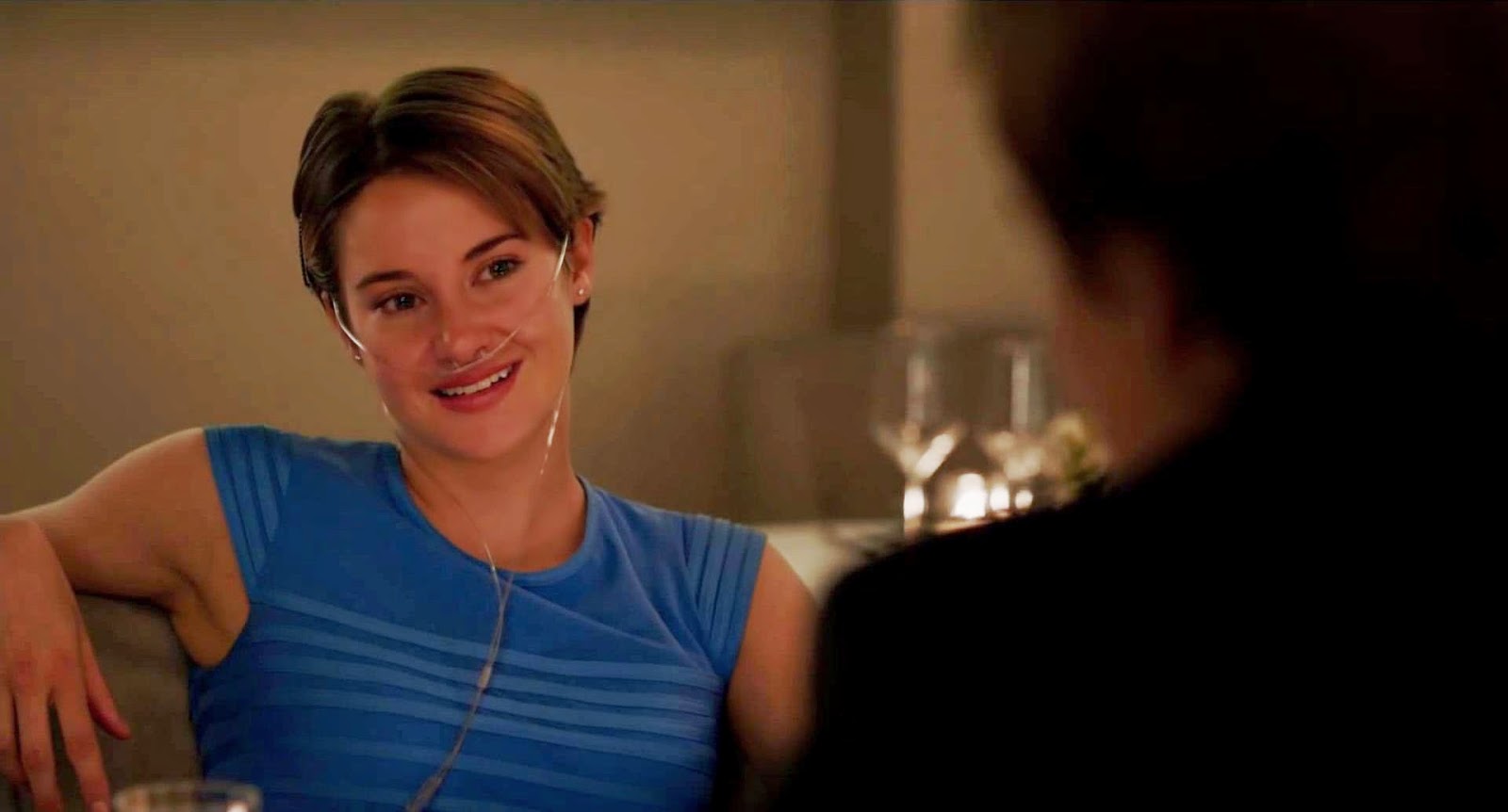 The acting is what foremost makes The Fault in Our Stars work. It has an amazing cast led by Woodley. She’s never appears to be acting and imbues the character Hazel with sweetness, tenacity and intelligence. I love this actress. She’s only in her early twenties and keeps getting better and better. I feel fortunate to be witnessing the early stages of the career of a performer with her range. Compare her performance here with her boozy troublemaker in The Descendants, the naïve bookworm in The Spectacular Now and the thrill seeker in Divergent and it shows that she is equally credible across many different character types. The girl is a SKOW (Some Kind of Wonderful)*.

Even better than Woodley is my boy Ansel Elgort, who should just change his name to Always Elgort. This guy is the real deal. I was caught off guard and impressed by his performance as Tommy in last year’s Carrie remake and I wondered if it was a fluke or there was more there. Elgort’s Gus is saddled with the worst dialogue in The Fault in Our Stars, but he is able to sell even the trite exchanges. A lesser actor would have come across as shifty, cloying and insufferable, but Elgort is so sweet and genuinely nice that you still end up liking Gus anyways. I was especially impressed with how he handled the more dramatic material in the second half as his optimism turns into vulnerability, bitterness and sadness. The performance is so affecting because you can see the character trying to be positive when inside you know he’s reeling. I mentioned on the Carrie podcast that this actor reminds me of a mashup between Patrick Wilson and Channing Tatum and that still stands. He’s the best. 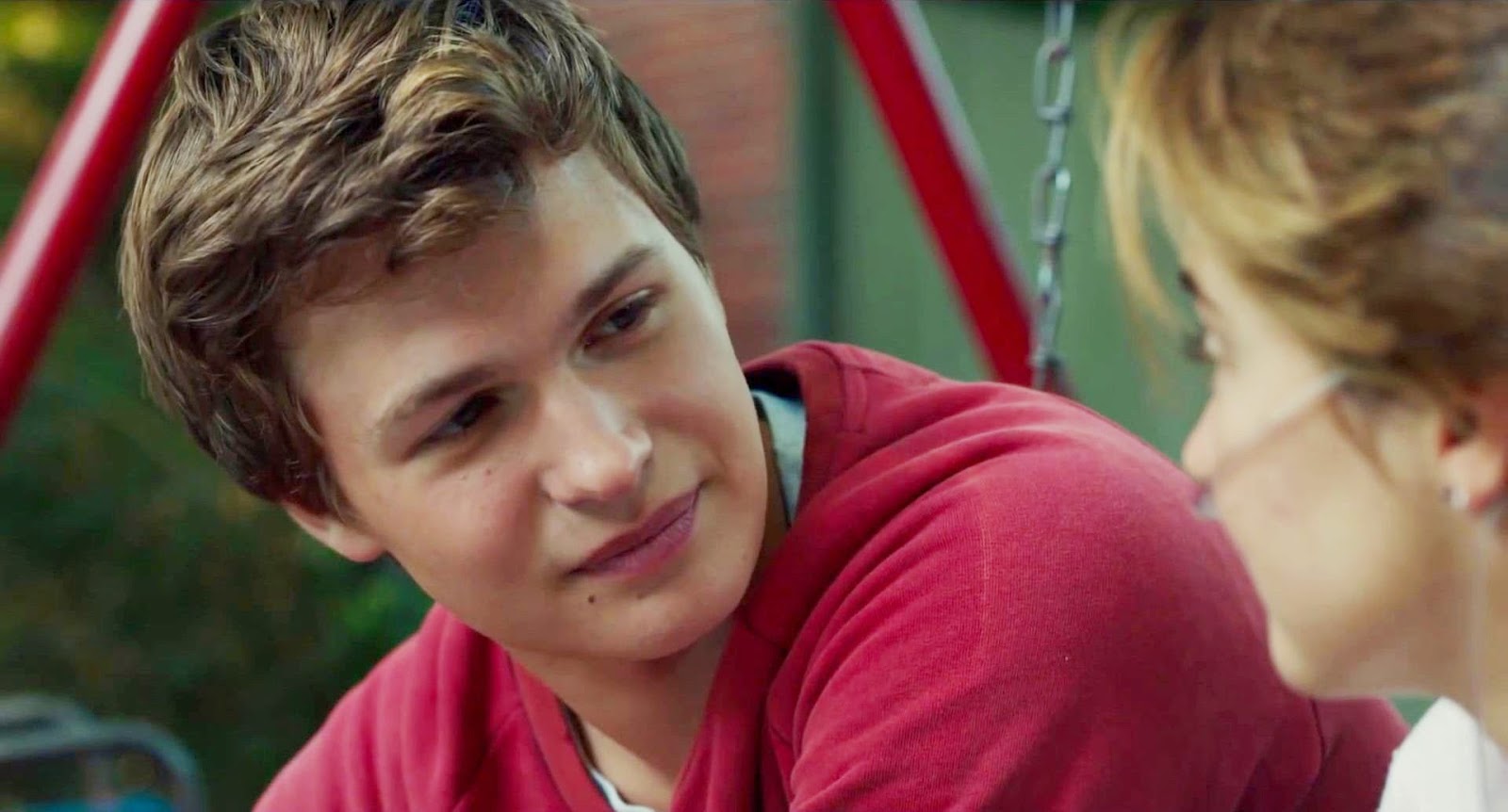 My dreamweaver Laura Dern gives a great performance as well, by giving authentic characterization to her role as the mother of a cancer stricken daughter. She never comes across as the clichéd movie-of-the-week overbearing mother. The cast also includes the always-excellent Willem Dafoe, who has two scenes (the first one much better than the second) as the author of a book Hazel and Gus cherish. He’s a real shit, which is a nice change of pace for Dafoe, who seems to be playing mostly good guys lately.

The screenplay is from Michael H. Weber and Scott Neustadter, the writing team behind (500) Days of Summer and The Spectacular Now, with which The Fault in Our Stars shares some strengths in terms of its frank, honest dialogue and complex characters. I love relationship movies and these guys are among the best in the biz at writing them right now. The movie was directed by relative newcomer Josh Boone (Stuck in Love, which I have not seen). It’s unfussy and workmanlike. He’s mostly a point-and-shoot director but is good with navigating between the movie’s sometimes playful, sometimes anguished tone. I give him credit, though, for getting out of the way of his actors (it’s much more of a performance movie than anything else) and for knowing just when to end the movie, specifically how long to hold the moment. I love when directors close on an emotional high point as opposed to continuing on in order to close every possible thread. 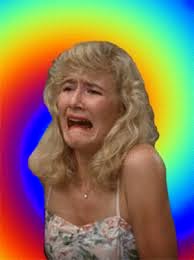 The Fault in Our Stars' biggest flaw is that it’s overly didactic. There is a bunch of speechifying, including an analogy about numbers and infinity where I cringed a little. But then there are certain speeches that are spot-on and effective, such as when Gus tells Hazel that he wants to be hurt by her (she compares getting involved with her to a grenade) because it means that they shared something romantic together, or when Hazel puts Gus to task for wanting to be loved by everyone instead of loved deeply by a few. These, among many others, are pull-your-heartstrings moments. 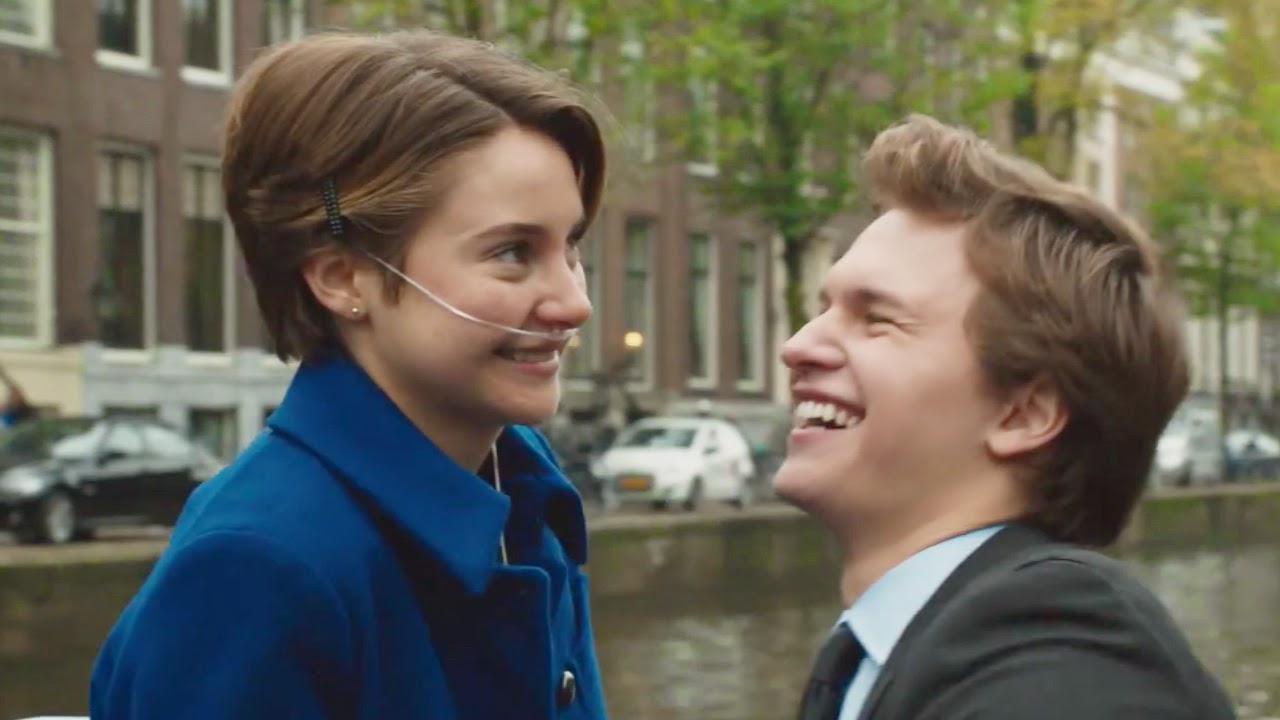 I definitely enjoyed The Fault in Our Stars. It’s a teen romance that is trying to do something new with the teen romance movie, has some worthwhile things to say and can make young people more compassionate by watching it, which is always a good thing. It’s wise in telling the story not just of people with cancer but also focusing on how their loved ones cope with the disease.

This is one of my favorite movies of the year so far. Fuck cancer.

*More on SKOW’s in next week’s Riske Business.
Posted by Patrick Bromley at 11:07 AM