Drunk on Foolish Pleasures: Five Things I Noticed While Watching The Godfather Again for the Eighty Sixth or Eighty Seventh Time 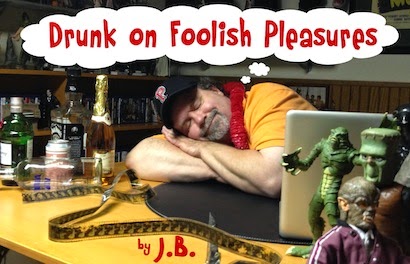 Cinemark Theaters and AMC Theaters are once again trotting out a classic film series this summer. Last week, I attended a screening of Francis Ford Coppola's masterpiece The Godfather. Have you seen it? It’s very good.

The first movie I ever watched on home video was a VHS tape of The Godfather. My good friend Kevin was the first person I ever knew to have a VCR in his house. In HIS HOUSE! We were in high school at the time. When the Turnabout dance rolled around, Kevin, his gal, me, and my gal decided to forego the dance, and instead go to a fancy restaurant and then straight back to Kevin's for a feature film.

I can still remember marveling at the then-new technology. I held the bulky tape cassette in my hands. You could watch this whenever you wanted; you didn't have to wait for it to be on TV. There were no commercials. You could pause it. As soon as it was over, you could watch it again. It was magic.

Since that night I have seen The Godfather scads of times—at home, at repertory screenings in college, and sometimes as often as three times a day during the semesters I screened it in my film studies classes.

In some ways, this level of multiple screenings is a luxury for film lovers. Here are a few things that struck me after coming home from the theater last Wednesday afternoon:

1.  I was surprised by the variable picture quality and the different framing of the digital presentation. It seemed as if the theater was throwing up its hands and saying, “Coppola restoration? What Coppola restoration?” I recognize that Gordon Willis’s famous “dark” cinematography is hard to get right in any digital medium, but the digital copy screened at my theatre varied wildly from “reel” to “reel.” In the opening scenes in Vito Corleone’s study, the graininess and pixilization of Brando’s face made it look as if he was beset by a swarm of mosquitos. In later scenes, this improved. 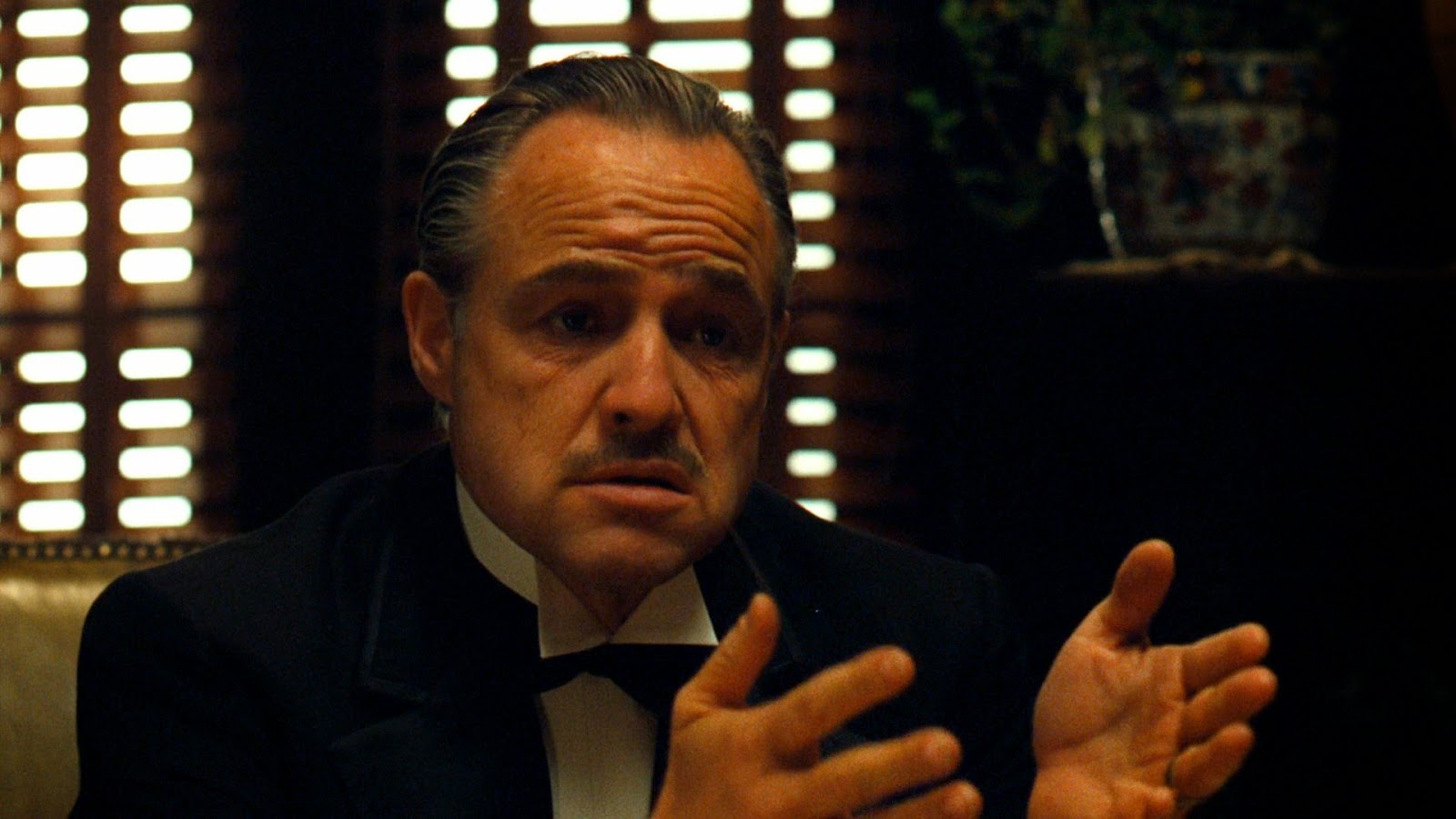 The framing looked off to me, so when I returned home I used the recent Coppola-approved Blu-ray disc as my reference. Either my home set-up is better than my local AMC theatre, or the source of their digital print was something other than this most recent transfer. Why would the director-approved home video version be framed differently than a theatrical presentation? If the so-called “Coppola restoration” is the last word on the film, then why did the AMC screening feature noticeably less picture information on the top and bottom of the frame, but a bit more on the sides? This was especially noticeable during the wedding scene, with its panoramic wide shots. The theater’s framing constantly revealed more bridesmaids than the Blu-ray. It seems to me that, more than 40 years after a film is released, at least we could all agree on its framing.

This reminded me of the dozens of “amateur” screenings I have attended at reparatory theaters where the print or digital copy on display is not as good as the one I have at home. Several times, I have been tempted to drive home, fetch the disc, and let the sponsors of said screening borrow my copy.

Still, I am glad that Francis didn't go quite as far with his restoration as his friend George has in the past with his famous films. Coppola’s intent was to make The Godfather’s presentation look pristine. He did not mess with the content of the film. If Coppola had followed Lucas’s lead, we would have a new Special Edition of the film where Sollozzo shoots first in the famous Italian restaurant massacre scene.

2. When the film was first released in theaters, I was too young to see it, but I still remember its popularity and how it bulldozed popular culture. The two things mentioned most often were the line “I’m gonna make him an offer he can’t refuse” and the “horse’s head in the bed“—you know, the scene where hotshot movie producer Jack Woltz gets his famous comeuppance and learns that you don't fuck with the Corleones. I never noticed before that during that scene, there is an Oscar statuette on Woltz's bedside table. Why was that included as part of the production design? Could it be the Oscar Coppola won for co-writing Patton the previous year, or is it a prop? Did the studio have to get permission from the Academy, which is notoriously finicky about how their copyrighted symbol is used? 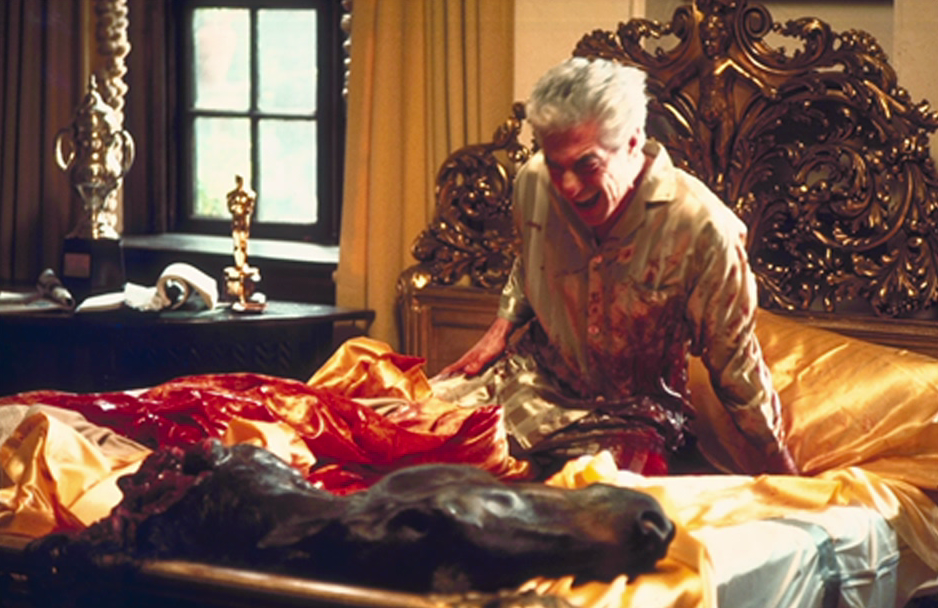 3. During the funeral scene, the “ghost face” that appears in Michael’s dark suit was glaringly obvious. What’s that? You’ve never heard about or seen the “ghost face?” You can see and read about both here and here. Again, it made me happy that Coppola was at least leaving the film alone, and even if there was an obvious mistake that was part of the original presentation, he wasn’t changing history by digitally erasing it just because he could. I checked to see if it was retained on the Blu-ray disc and thankfully, it’s there. It’s a little creepy if you don't know the explanation. It’s even kind of creepy if you do. 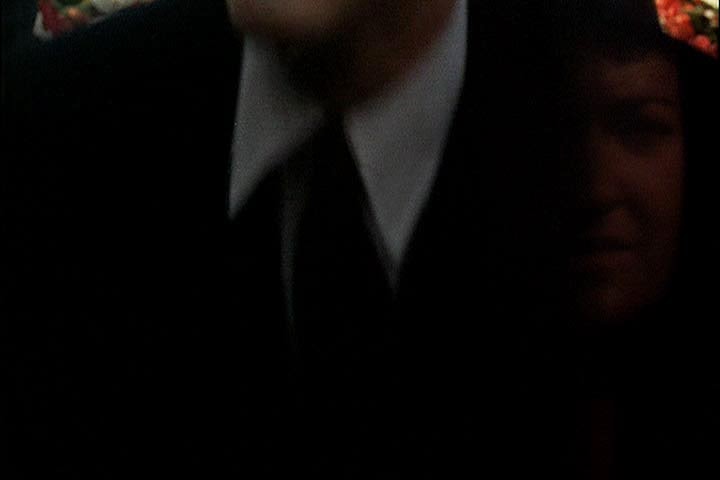 4. I was surprised by how much more compelling I found the sequence where Michael hides in Italy. In the past, I must confess that I always found these scenes interminable and a bit of a bore, but not this time. I take this as another sign of my advancing age. I am also reminded of Roger Ebert’s famous quote about revisiting the same film over the span of many years: we like to think the film has somehow changed, but of course it hasn’t—it is we who have changed. 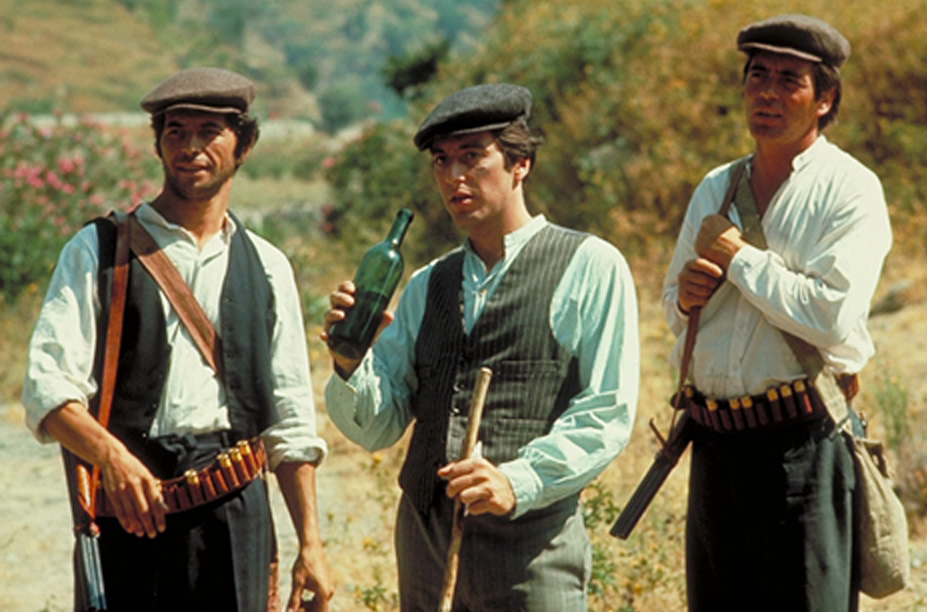 Anything new you’ve noticed on the ump-teenth screening of a favorite film?
Posted by Patrick Bromley at 11:48 AM