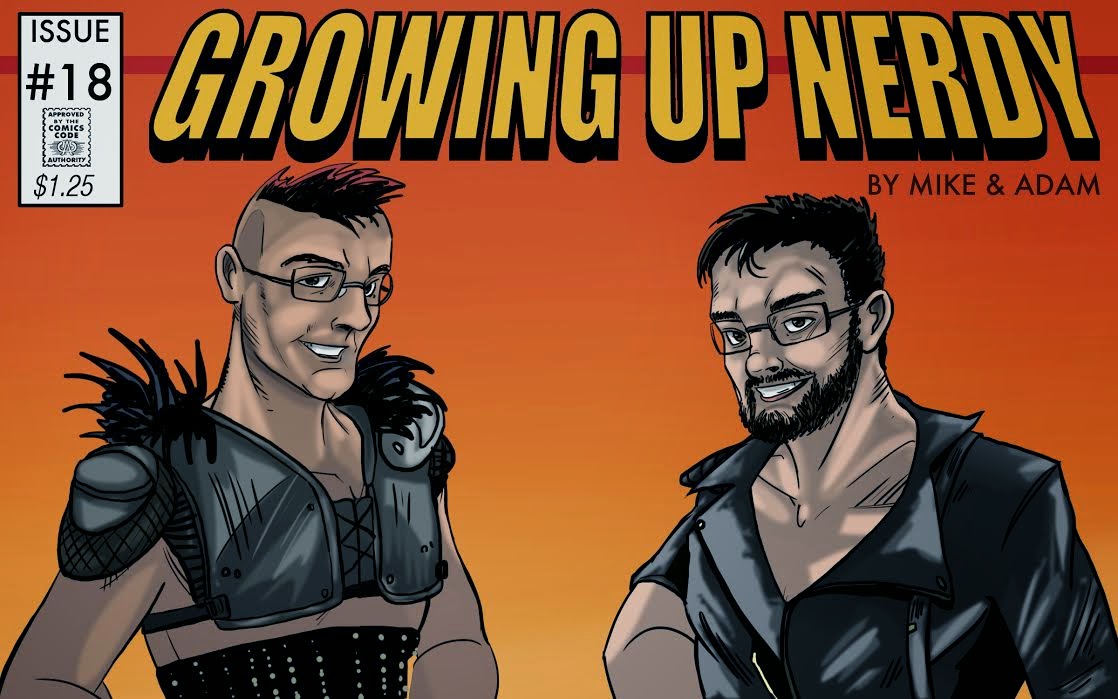 Dear Growing Up Nerdy:
With Snowpiercer taking the world by storm I just can’t help but wonder if there are any fictional characters from movie or TV that would be good in a Post-Apocalyptic movie?

Adam: Great question! As far as liking to see some characters in post-apocalyptic movies (my favorite genre), the list is quite long. I really always wanted the the Alien franchise to go to the same crazy place the comic went to. In the comic, the Aliens eventually make it to Earth and take over the planet. The few remaining humans leave Earth and set up a colony on the moon and various other planets. It’s pretty cool, and really expands on the entire Aliens idea.

As individual characters I’d love to see in a post-apocalyptic movie, I’d have to first go with Hobbs and Toretto from Fast Five and Fast & Furious 6. Now this is usually the point where Patrick tells me “That’s a terrible idea.” In my defense, these are movies I’d see, not necessarily ones that I think would be good. I just think that the two of them drip testosterone all over the place and the idea of the both of them roaming the wasteland of Earth would get me in the theater.

There is a director out there that I would give ANYTHING to see his take on the post-apocalyptic genre: Quentin Tarantino. I love all of Tarantino’s movies, but even more so I love when he decides to explore his version of a genre. I cannot think of a director that I would love to see explore this more than Tarantino.

However, if we are going to get really twisted, we should really put characters that don’t belong in post apocalyptic into post-apocalyptic movies. Who among us wouldn’t love to see Roger Rabbit taking on Master Blaster in Thunderdome? I don’t know about the rest of you, but the idea of the entire cast of The Goonies searching for water and fuel is just chock full of good times. Miss Piggy and Kermit trying to save John Conner? Take my money now!

However, I’ve got a theory that one of my favorite characters is already existing in a post-apocalyptic world.

Now, before you think I’ve gone all Fox Mulder on you, allow my Scully to bring some rational thinking to this argument. After the events of Pee-Wee’s Big Adventure and Big Top Pee-Wee, any other mentions of Pee-Wee happen on his TV show, Pee-Wee’s Playhouse. Pee-Wee lives his entire life inside of a house where seemingly all his nutritional and health needs are being met on a regular basis. This leads me to believe that Pee-Wee spent much of his time as a Doomsday Prepper and that Pee-Wee’s “Playhouse” is actually Pee-Wee’s "Bunker." 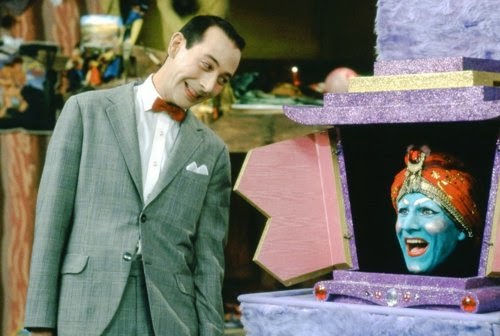 Pee-Wee spends much of his day talking to household items and a severed head that grants him wishes. This leads to the obvious conclusion that Pee-Wee experienced psychological trauma that has caused him to create this “Puppetland” in which he lives as a coping mechanism. And let's look at the few people that actually show up to see Pee-Wee: Cowboy Curtis, Miss Yvonne, Captain Carl! These aren’t real people; they are a step away from being Omega Man mutants, folks! Most importantly, we almost NEVER see Pee-Wee leave his bunker. And on the very slim occasion that we do, he’s riding with Cowboy Curtis through a wasteland. Pee-Wee is a stone cold killer, folks. He’s seen a lot of shit in his day, and now he’s humanity's best hope.

Quick side note: if you, like me, can't get enough of the post-apocalyptic genre like me, I highly recommend the comic Wasteland. I don’t want to spoil too much of it, but I promise you will be hooked.

Mike: My life partner Adam LOVES post-apocalyptic movies. My life partner Adam is also a weirdo. Now, don’t get me wrong. I like some post-apocalyptic stories every once in a while too. Snowpiercer is a masterpiece, the Mad Max movies are about as cool as you get, and when I read The Road I cried like a little girl. But the thing is I can only take these stories in small doses. Not because they’re not good -- many of them are and they have a lot to say -- but because they’re so damn depressing. So if I were going to move characters from non-post-apocalyptic movies into that genre, I would want to shake things up a bit and form my post-apocalyptic dream team. I think I’d start with…

Spock (Star Trek): YES, I’m on a giant Star Trek kick right now, and YES I could make an argument for casting this imaginary PA movie with only characters from Star Trek, but I’ll try to leave it at just one. I would want Spock in this cast because someone needs to calm the fuck down for a second and think about things logically. Sure, maybe this would backfire and Spock would be the one reminding everyone that the chances of survival are only 2.6789 %, but he’d also be the most level-headed and calm throughout this ordeal. Unless Spock is experiencing pon farr, in which case he’ll be less than useless. 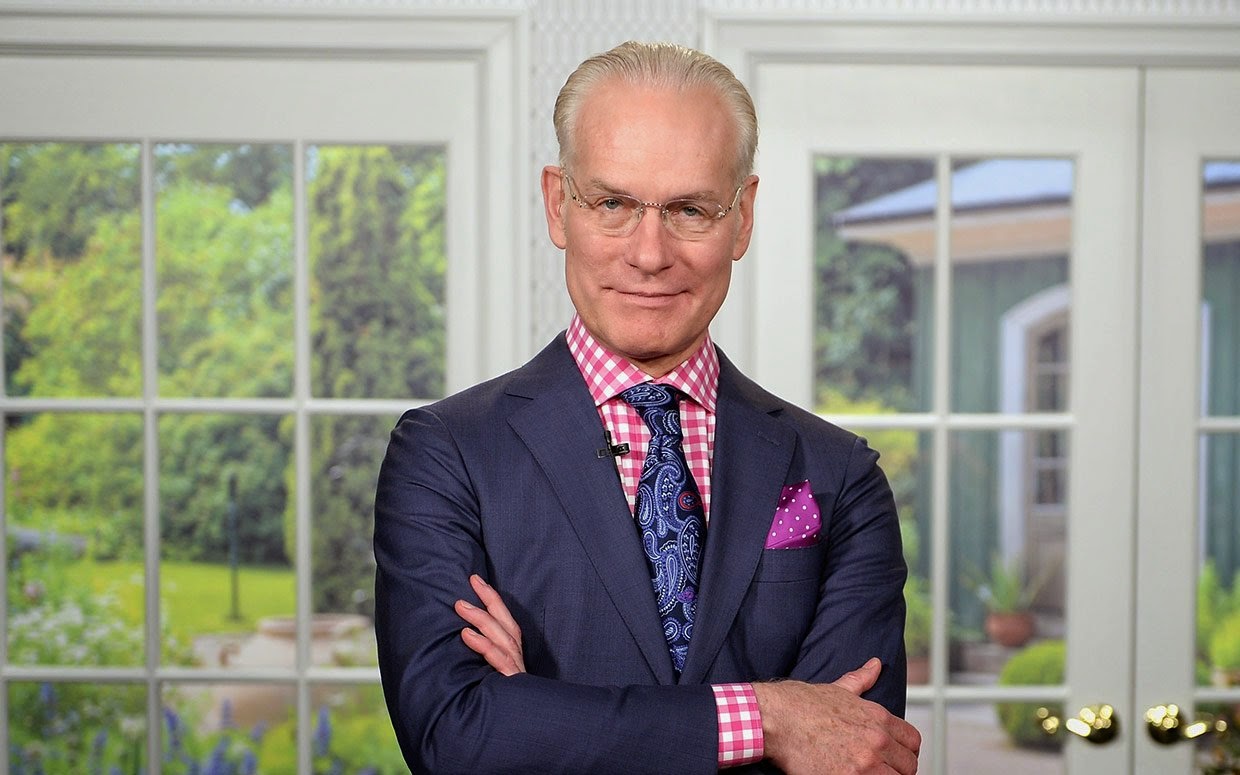 Tim Gunn (Sex and the City 2): It seems that whenever the apocalypse hits, the first thing to go is any sort of bright clothing and fashion sense. Sure, we’ll all be dirty in the apocalypse (I’ll get to that in a minute), so that may darken our pants and shirts, but are you trying to tell me that NO ONE has a yellow or pink or green shirt out there? Enter Tim Gunn. This is Tim’s “make it work moment.” HE WILL FIND A WAY. Not only will everyone be dressed appropriately, they’ll feel better in their new clothes. And let’s be honest: having Tim Gunn around will make anyone forget that they now have to eat tree bark and drink urine.

Rocky and Mick (Rocky): There will be times when everyone will want to give up. When Spock is detailing how everyone is likely to die a slow, painful death and you’re eyeing the sharpest object in camp to put to your throat to end this misery. But then you’ll hear a raspy voice telling you to fight. To not give up! You’ll then see Rocky Balboa lift himself up off of the ground, wipe away his sweat and tears, and continue to whittle sling shots for the group. You’ll look at Rocky, see him fighting through the pain, and think to yourself, “Sweet, Rocky’s got this. I can try to take a nap.” Or you’ll be inspired. One of the two!

Jack (Mr. Mom): I realize that water is precious in a post apocalyptic world, blah, blah, blah, but does everyone have to be so damn filthy all of the time? With a little effort and some carefully rationed soap and water, we don’t all have to look like Pig Pen. This is where Jack comes in. He could be the group's den mother, keeping everyone clean and well fed. Also, Michael Keaton improves any cast, so you’re welcome audience. 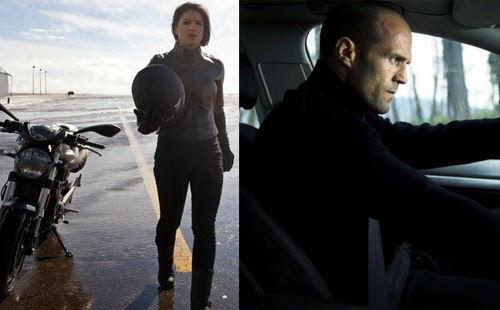 Frank Martin (The Transporter) / Riley (Fast Five): Guys, we need to keep the population going, so we need people to start making babies. For my money, I want an army of Jason Statham/Gino Carano kids. I don’t know if they’ll be well behaved children or if they’ll listen to their mommy and daddy or even if they will place nicely with others. What I do know is those kids will kick fucking ass all day long.

Frodo (The Lord of the Rings): That little fucker will do whatever the hell you tell him to do. That’ll come in handy.
Posted by Patrick Bromley at 6:00 AM