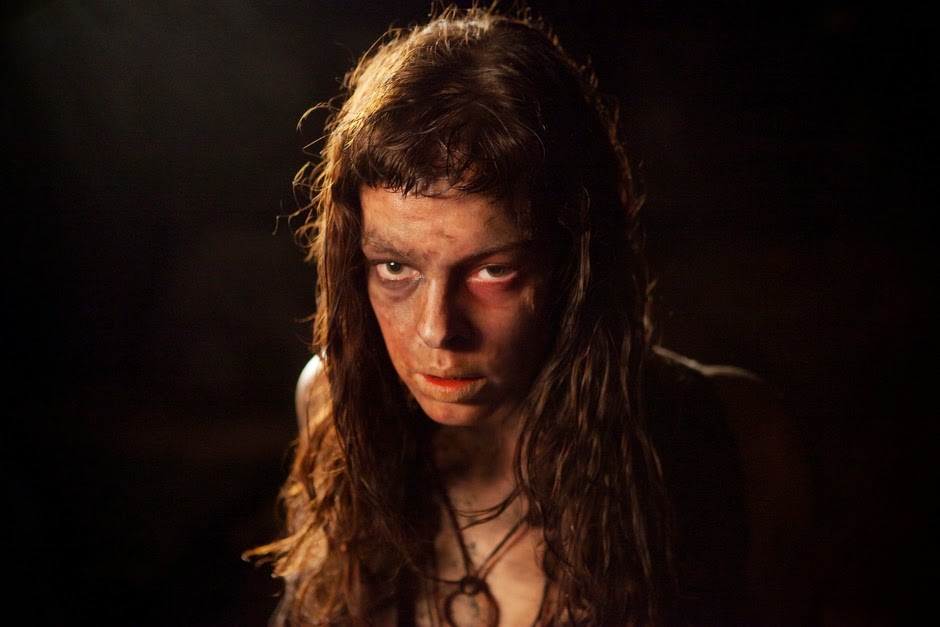 And now it's time for something from the foreigner!! That's ME!

So much has happened over the past couple weeks, and as I was wrapping my head around what to write for my first “actual” article, I came up with a few topics. At first I spent some trying trying to find an angle on the Banff (BAMF!) World Media Festival I attended a couple weeks ago, but that was really more about schmoozing and throwing our names and projects out into a world of movie folk than anything relating to music in movies that I would be able to draw from. (However I did exchange hellos with The Fonz! BAM!) Scratch that idea.

Next up was, well, a huge surprise for me, and basically the MAIN thing on my mind the past week or so. After I did an interview with a musician for my Ewest Music show, I was asked to do a “behind the scenes” interview on camera, which turned into the surprise of a lifetime! We just completed an edit for the world to see if you would like to check that out. It's titled “The Proposal” and while I wouldn't want to steal anything away from Sandra Bullock's glory in the title of the same name, it's possible that my version could be a liiiiiiiiittle more entertaining... Just sayin'.

So this being a movie site and all, the logical choice would be to write about a movie I may have recently watched? You got it. It just so happens that during Junesploitation I came across a little gem that had me transfixed from the get-go for several reasons, the most prominent to me being the soundtrack. Any ideas that immediately pop into your head?

If you guessed Jug Face, then you win!! I know I know... Who really watches horror movies for the soundtrack? Yep, that would be me.

A character is bound and the inevitable sacrifice to The Pit is about to take place, a knife slits the throat and the blood flows...  How can you turn a horrifying and gory moment like that into a thing of beauty? You hire Sean Spillane to do your soundtrack. His beautifully written score and songs draw our emotions into the chaotic serenity of the darkness that envelops the small backwoods community at the heart of the story.

With an Americana/Bluegrass/Country feel, the score is much more prominent than the songs, as they are used as a background to the score itself. The music winds around, highlighting elements of the scenes. It doesn't prey on your senses in that typical style that leads you into knowing something was going to jump out at you, or be just around the corner waiting for you... It drew me in, kept me there and did not disappoint in the slightest.

Immediately after viewing Jug Face for the first time, I began my research into how I could get more of this Sean Spillane. Lo and behold, another movie I had on my list of F This Movie! recommendations popped up: The Woman. And holy shit, did this not disappoint in the slightest. I must say of the 225 movies I have watched this year, only three have been given a 10 out of 10 rating from me. The Woman is my third ten. Everything about it worked for me on a level I don't think I have reached in awhile: the acting, the pace, the story, the tone, the humour, THE MUSIC! Through the use of a simple handheld portable radio, a young girl is physically able to bring the soundtrack music to both the title character and the viewer. Sitting on a locked door behind which The Woman is being held prisoner, the little girl plays her radio and we are drawn into the emotions of the captive as she hears music for what I can only imagine is the first time. And through that, we are able to feel her pain and anger and intrigue all at once.

My favourite tracks from Jug Face include: “Awake,” “With This Knife” and “Whip This Knife.” Using an approach that includes an intriguing sound from an old five string electric guitar, Spillane achieves his goal of creating a specific sound to every part of the score. Effective? Most definitely!

And my faves from The Woman (It was difficult to narrow it down to just three!): “Patient Satellite,” “Places You Go,” and “Distracted” are a start. I would suggest watching both of these movies if you haven't already done so. You can easily follow up the viewing experiences by losing yourself in listening to the soundtracks.

I cannot wait for the next movie to come around that has anything on it by Sean Spillane! (Even if he steps outside my favourite genre!) This girl wants what she wants.
Posted by Patrick Bromley at 12:00 PM