Classics, Kurt Russell, the cast of Friends and one movie Doug is boycotting. Stream 'em if you got 'em. 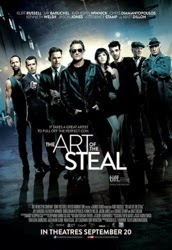 Adam Riske: The Art of the Steal (2013, dir. Jonathan Sobol) The Art of the Steal is a fun, diverting lark of a heist movie. It's the type of movie they would have played on Showtime 40 times in a month back in 1994 and you would stop to watch 10 minutes of it every time. Kurt Russell is the best as always and the movie features fun supporting performances from Jay Baruchel and Terrance Stamp. I liked this one better than the Ocean's sequels. Not great, but decent and worth a watch. 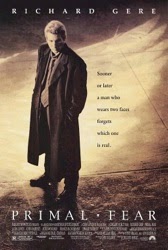 Heath Holland: Primal Fear (1996, Gregory Hoblit) Primal Fear is a story that you think you've seen time and time again. Between the awesome lawyer who wins every case and the suspect who may have been in the wrong place at the wrong time, it seems like this could be the same tired story trotted out one more time. In actuality the movie is full of complexity and keeps revealing new turns until the final scene. This is made all the more impressive by a cast of actors who have become even more high-profile in the years since the film was released. In addition to the two leads, Richard Gere and Edward Norton, we get appearances from Laura Linney, Frances McDormand, Terry O'Quinn (Lost), and the always excellent John Mahoney ("Ricky don't lose that number..."). This was Edward Norton's second feature film and it's amazing to see how great he was even from the beginning. 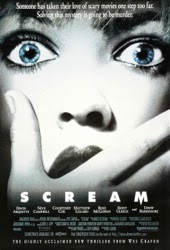 JB: Scream (1996, dir. Wes Craven) I was enjoying the hell out of Snowpiercer the other day, and during the end credits I learned that film's very effective score was by Marco Beltrami. Beltrami's first motion picture score was Scream. I still remember listening to the audio commentary on the Scream laserdisc and hearing Wes Craven recount how Beltrami was originally hired.  Bottom line: great score and one of my favorite horror films of the nineties. Now if we could only get the unrated director's cut with the extra gore released on something other than that laserdisc! Until then, this will have to do... 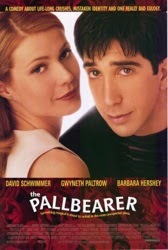 Patrick: The Pallbearer (1996, dir. Matt Reeves) Dawn of the Planet of the Apes is in theaters this weekend, and all the early word suggests it's going to launch director Matt Reeves to the A-list of blockbuster filmmakers. What a great excuse to check out his first movie, an offbeat romantic comedy from 1996 that was too quickly dismissed because it a) bears a resemblance to The Graduate in its young-guy-sleeps-with-older-woman premise and b) dared to star one of the cast of Friends. David Schwimmer is mopey as ever, but Gwyneth Paltrow is adorable and accessible as the girl he's been in love with his whole life. More than anything, Reeves shows a gift for staging moments that are sweet and delicate. The plotting is a little clunky at times, but there's a lot of great music and some truly wonderful scenes. I've always been a defender of this one.
Posted by Patrick Bromley at 12:00 PM