The Future of Swords & Sandals 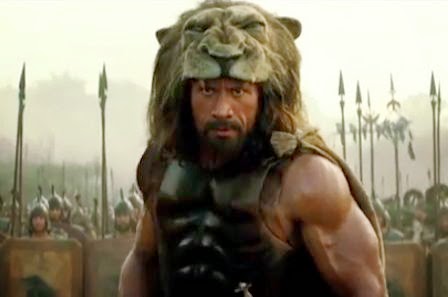 I left Hercules this past weekend wondering about the last time I was totally satisfied with a sword and sandal movie.

For the sake of clarity, I’m taking “sword and sandal” movies to mean mostly those about Greek/Roman mythology or based in one of those settings. So I’m not including movies with armored knights on horses or set in Gaelic or Scandinavian culture (even though the Romans were around), although those movies are perfectly fun and worth having a conversation about (I love Valhalla Rising).

I didn’t want to go as far back as Ben-Hur or Spartacus, so I decided that Gladiator was a safe starting point, since most people liked it just fine and the year 2000 pleases my OCD. The quality of the movies is, at best, uneven. In fairness, we could probably take a list of any subgenre since 2000 and say the same.

2010 – Clash of the Titans, Prince of Persia: The Sands of Time, Centurion

2011 – Immortals, Conan the Barbarian, The Eagle

Exodus: Gods and Kings is also slated for 2014, which looks promising. A few of these might be a stretch, especially The Last Legion.

I won’t get into ranking these movies, or discussing all the ones that work or don’t (that’s better left for the comments) but when these movies do, they usually have 3 components: 1) engaging live action, 2) an idea of how seriously to take the material, and 3) a lead actor who can generate sympathy from the audience, either through charisma or emotional arc. Basic stuff, but it helps draw the line between something like Clash of the Titans and something like Centurion.
Just to clarify, the distinction is between what works and what doesn’t. I think 300 works, but I could understand when people say it’s not good. Prince of Persia just doesn’t work.

The live action component might seem outdated, especially with more movies using digital effects, but I find that’s the common factor in the re-watchability of these films. Obviously, many of these films are not exclusively live action, but the ones that work have an actual actor sparring with another that the weight feels right, and the slow-motion adds to the live action, instead of inert hordes of visual effects charging at each other.
So, the future. I’ll share three stories that could potentially be good movies. The first one is sort of obvious.

1) Jason and the Argonauts  - With all due respect to the Harryhausen movie, part of what makes this so potentially enjoyable is the different directions the story could go. Legendary roster of heroes? A quest for a mythical object? Witchcraft? A spurned son seeking his rightful inheritance? Jason Momoa, Scott Adkins, and Zoe Bell, step right up.

2) Theseus  - Aside from fighting the Minotaur, Theseus also went on several Hercules-like labors and also broke into the underworld. Also, did you know that Tom Hardy was in a movie called Minotaur (2006)? Here’s the trailer:

That looks terrible; don’t bring it up when you see Tom Hardy hanging out. We definitely could use a better Theseus and the Minotaur movie; you’d especially get my attention if it was structured like a detective thriller or science fiction, although horror would work.

3) The Odyssey  - Odysseus, although not quite an anti-hero, has many anti-hero qualities, most notably that he uses his intelligence to overcome his obstacles rather than brute force. This is exactly the type of historically fictionalized material that Ridley Scott goes for.   Also, apparently there is a 1997 movie called the Odyssey:

Aside from these stories, I’d also to see some new directors find their way into this particular genre. Ridley Scott is a fixture, and Ed Zwick has made some historical-feeling war movies, but I’d like to see someone like Paul Greengrass make an attempt. He’s already shown an interest in filming historical material, has the action credentials, and hasn’t made one of these movies yet.

I’m sure I’ve missed source material that would make a great sword and sandal movie, or directors who would do a great job creating one. What do you guys think?
Posted by Patrick Bromley at 12:30 PM