7 Movies in Which an Adult Child Confronts an Estranged Parent 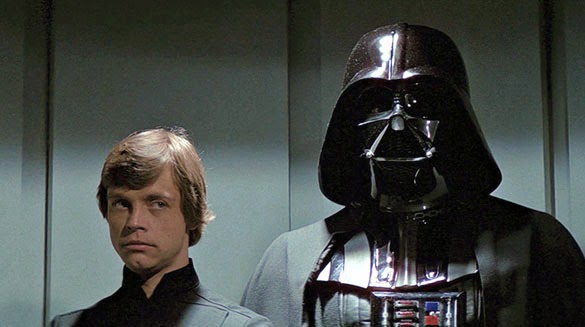 Whilst watching Inside Llewyn Davis  (a truly excellent film, so brace yourself for this NITPICK), I was struck (STRUCK!) by how often films depict scenes in which a child confronts his or her estranged parent. Whether it be visiting a mother with dementia in a nursing home, or confronting a dickhead father who used to molest you, these movie kids JUST WANT A LITTLE CLOSURE (and maybe a hug? Let's not get greedy). Disclaimer: this list is by no means complete -- can you think of more?

Right, so our hero (Oscar Isaac) visits his former-seaman father (Stan Carp), who is suffering from dementia (because of course he is), in an old age home, and he sings his dad's favorite song, "The Shoals of Herring" ("Oh, it was a fine and a pleasant day/Out of Yarmouth harbor I was faring/As a cabin boy on a sailing lugger/For to hunt the bonny shoals of herring"). We watch his father stare blankly out the window (because of course he does), showing no reaction to the truly beautiful, tender ballad. Then, just as the song ends, his face changes. A fleeting moment of recognition? Reconciliation? Pride? Nope. Dude just shat himself. Kudos to the brothers Coen for NOT giving us what we've been trained to expect. "Good to know what I have to look forward to." 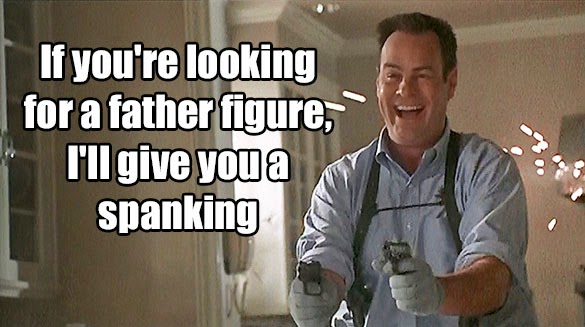 Martin Q. Blank (John Cusack) is doubly damned -- he has both an alcoholic father (deceased), and a crazy mother (Barbara Harris). After discovering that his childhood home is now a convenience store, he visits his mom in an "institution" (read: fancy nursing home) to ask her where all the money went. Martin mentions that the nurses told him she's on lithium. She responds: "Yes! Oh, those blabbermouths." Later, as Martin's about to leave, she forgets who he is, flirts with him and then recites Rudyard Kipling's poem, "The Ladies." Is it any wonder he became a hitman? 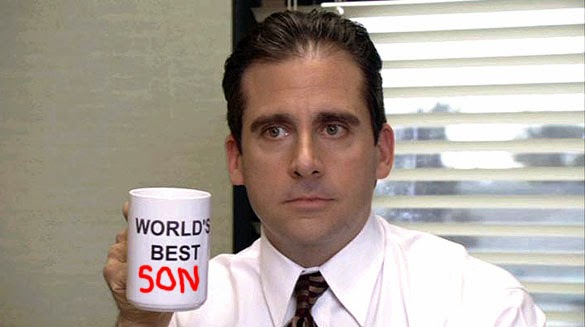 Son Dodge/Ugh (Steve Carell) and dad Frank (Martin Sheen) are estranged because, as Dodge briefly explains to Penny (Keira Knightley), after his mom died more than 20 years ago, his dad ran off. The movie smartly avoids more narrative detail than that, and their scene of reconciliation is brief, cold and, ultimately, very moving. A simple apology goes a long way, and soon the two men are harmonica jamming on dad's picturesque Somerset County front porch. They then conspire to transport (kidnap?) Penny to England (so she can be with her family for earth's final moments) in Frank's single-engine Cessna (a plane that could not fly all the way to England, but WHATEVER). Kids: forgive your dads before the world ends!

On the run from the mob after murdering a pimp and stealing a suitcase full of cocaine (i.e., a normal Tuesday for Heath), Clarence Worley (Christian Slater) and his new wife/former prostitute Alabama (Patricia Arquette) visit Clarence's estranged father, Clifford (Dennis Hopper), a former cop, for some help ("What do we do with all this coke?!"). Clifford tells Clarence that the police will assume that Drexl's (Gary Oldman) murder is drug-related, and that the cops won't be looking for them. He gives them some cash to get out of town, and they quickly head to Hollywood. Two things: 1.) in this example, the son is kind of the jerk (yeah, I know -- Clifford USED to be a drunk). Clarence shows up out of the blue (after not making contact for three years), and drops several bombshells in dad's lap -- information that later brings nothing but trouble (your favorite movie directed by Dan Aykroyd) for Clifford. And 2.) I mean, holy shit! That scene between Dennis Hopper and Chistopher Walken -- this is why we go to the movies, right? 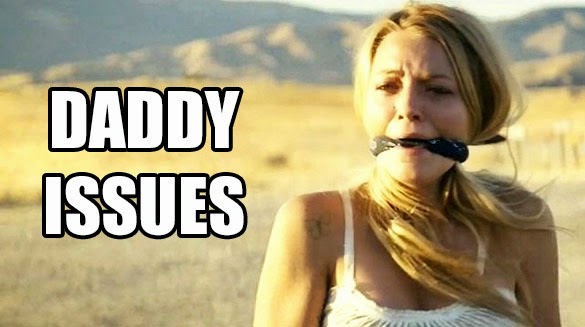 No, not Savages, your favorite Oliver Stone movie in which Blake Lively and Taylor Kitsch take on a Mexican drug cartel. I'm talking about THE Savages -- a much less stylized film in which two siblings, Wendy SAVAGE (Laura Linney) and Jon SAVAGE (Philip Seymour Hoffman), decide to take care for their long-estranged father, Lenny SAVAGE (Philip Bosco), who is in the throes of dementia. "We're doing the right thing," Jon says. "We're taking better care of him than he ever did us." The lesson here? Growing old sucks. And not just for the ailing parent -- being a middle-aged kid is no picnic either. 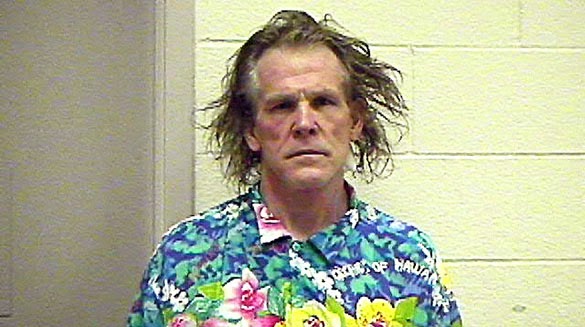 Sometimes, when your dad abuses the shit out of you and your brother, you become an alcoholic. And a murderer.

Claudia Wilson (Melora Walters) is all kinds of messed up, and it's mostly caused by her dysfunctional relationship with her estranged father, children's game show host Jimmy Gator (Philip Baker Hall). Listen (look), in a movie filled with all kinds of parental neglect, Jimmy Gator takes the asshole cake. When Jimmy Gator's wife (Melinda Dillon), whom he admits to cheating on, asks why he and Claudia don't talk, he, being an asshole, casually admits that she thinks he might have molested Claudia. But, like the asshole he is, he can't remember for sure. Classic molesting asshole.
Posted by Patrick Bromley at 6:00 AM