Enemy and the Thrill of the Hunt 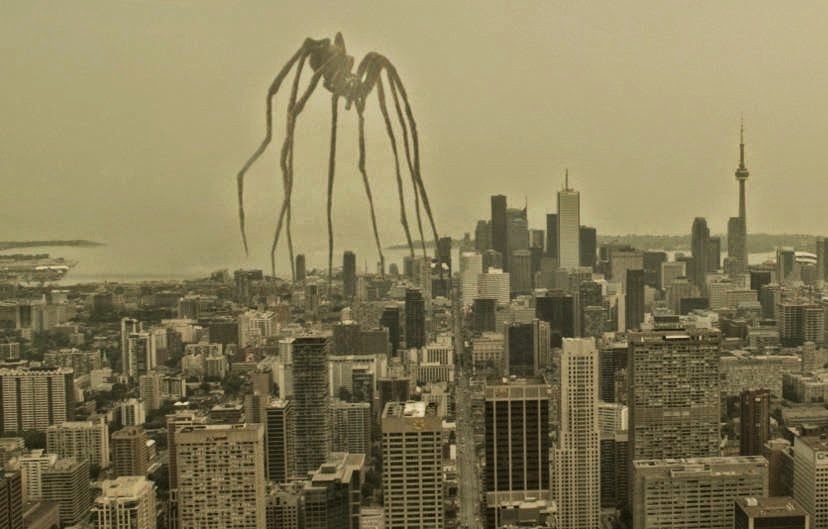 Ever see a movie you didn't quite understand? One you wanted to explore further? What do you do? WHAT DO YOU DO?

A few weeks ago, I finally watched Denis Villaneuve's Enemy, his low-budget follow-up to last year's Prisoners. I've been talking it up on a few podcasts of late (it's currently available for streaming on Amazon Prime instant video). It's a real mindfuck of a movie and one of my favorites of the year.

The movie, about a Toronto teacher (Jake Gyllenhaal) who discovers he has an exact double living in the city and trying to make it as an actor, carries with it a sense of dread that recalls the work of David Lynch. Though very watchable for its photography, a really good performance (actually two good performances) from Jake Gyllenhaal and a fascinating sense of "what is happening?" suspense, it's the kind of movie that's guaranteed to leave audiences confused and possibly frustrated. It's obtuse in a way that few movies are willing to be now, and it rocked me. 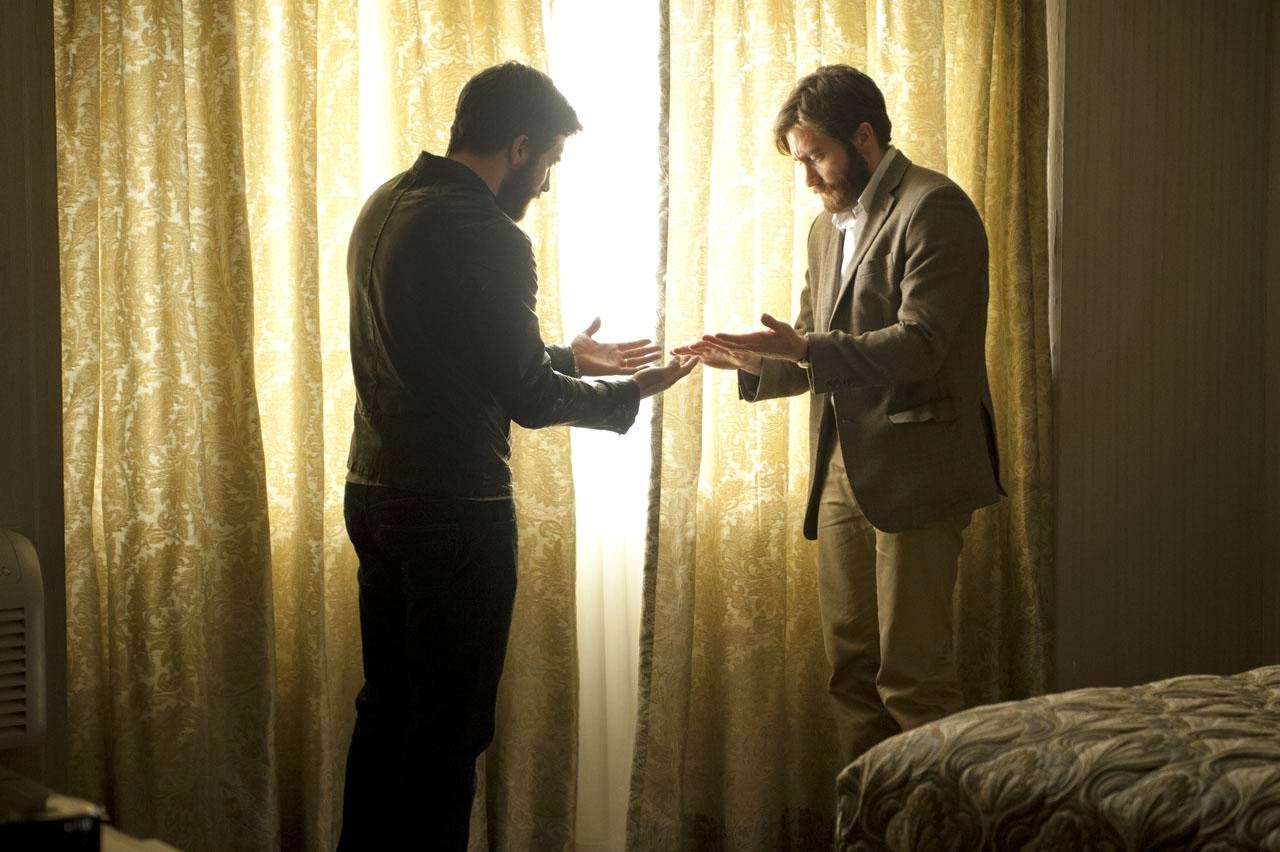 Once upon a time, I might have immediately written the movie off, confusing my inability to not "get" it with a failure on the part of the filmmakers. But that's no longer a luxury for any informed or passionate movie fan. The answers are all available for us seconds after the movie ends -- just a quick search on our phone and we can find dozens of possible explanations for any movie. Or maybe it would have haunted me, forcing me to parse through what it all meant and come up with an answer that made sense to me. None of that really matters anymore, because seconds after the movie's fucking bonkers final scene I was able to pull up a Google search of articles expounding on what it all meant. And I got very, very different interpretations, ranging from the totally literal (the movie is a riff on Invasion of the Body Snatchers) to the metaphorical (the entire movie takes place inside one character's subconscious and none of what we see is actually happening).

This is the world we live in now. Contradicting interpretations, available at a second's notice. Unlimited information. Good for movies? Or GREAT for movies?

I remember going to see David Lynch's Lost Highway by myself in 1997 and loving it. I didn't understand it, but I loved it. The movie literally kept me awake all night as I obsessively tried to decipher its meanings and connect the dots. I came up with a reading I could live with, even though I would eventually come to realize it was completely wrong (I was taking things far too literally). At the time, it was almost the best I could do. Sure, the internet existed at the time, but I had no access to it. My friends weren't seeing the movie, so I couldn't talk to them about it. I found a David Lynch fan magazine called Wrapped in Plastic at Tower Records that had an article about the movie in it, but I don't remember finding any real exploration of its themes or meanings in it. I might as well have been reading Premiere. 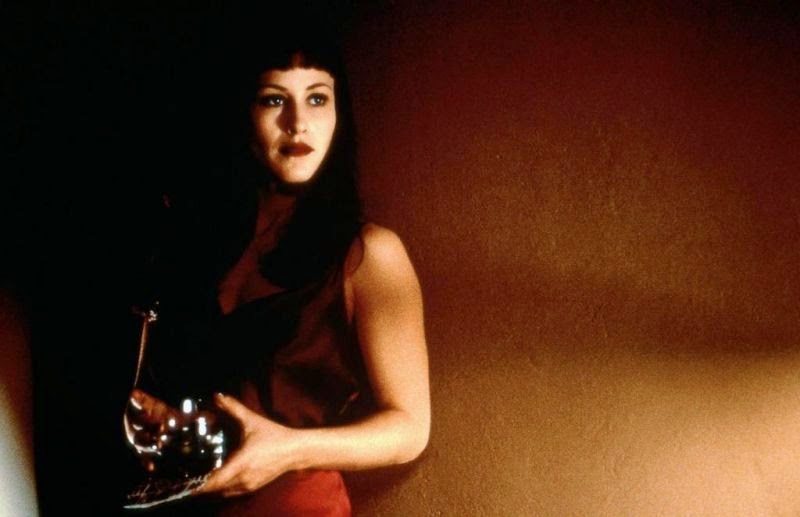 Still, I didn't mind. It was fun hunting down clues in the analog world -- a way of extending the experience beyond those two hours I spent in the theater (actually four, because I dragged someone to see it the next night who was NOT A FAN) and not just find out more about a movie but actually discovering the temperature of whether or not people were even talking about the movie. Of course they were; it was David Lynch. But I didn't have many people around me talking about David Lynch...except the girl who worked behind the counter at the 24-hour video store I was frequenting around the same time. That's all gone now (the driving around and looking for magazines and the 24-hour video store, not the girl. I don't think. NOW I AM WORRIED.). Doesn't make it worse, just makes it different.

Now I don't need to go to Tower Records. That's good, because Tower Records is gone. Also gone? All record stores. But I don't need to leave my house to research theories on a movie's meaning or to get into a discussion with like-minded movie fans about the movie I just saw -- or any movie, for that matter. It's all available just by opening up my laptop or turning on my phone. Does that convenience diminish the hunt for meaning? Is it too easy now? 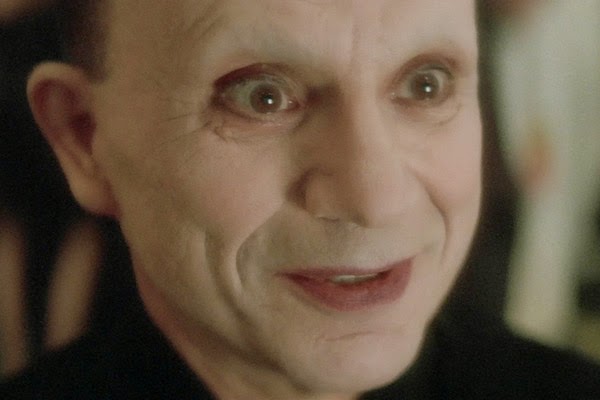 I'm sure many of you automatically say "no," because there is no such thing as "too easy" for most people. I get it. Not everyone fetishizes some of the extracurriculars that surround movie watching the way I do. Truth be told, the only disadvantage of this new model is that it affords me less of an opportunity to make up my own mind. Whereas I once was forced to spend days (or even years) theorizing about what Lost Highway was really about and arrive at my own incorrect conclusions, now I can have 10 different theories in a matter of minutes.

But that's also on me. I can resist the urge to Google theories about movies for as long as I want and come up with my own interpretations. I'm just not that strong. My immediate impulse is to go back and read reviews, to find writing about the movie, to read the theories about what's "actually" going on. In the case of Enemy, it immediately made me appreciate the movie more; while I had a gut feeling about what the movie was trying to say, hearing other movie fans point to specific textual evidence that either clarified or actually flat out explained certain aspects didn't just make me realize how much I liked the movie, but also made realize just how good a movie it is. There is an attention to detail I did not pick up on in one viewing, and which (if I'm being honest) I probably wouldn't have picked up on no matter how many times I see it.

Sometimes this convenient platform for theorizing gets out of control, creating extraneous noise that threatens to drown out the dialogue. In the post-Inception world, movie fans got a little carried away with reading every movie as a puzzle to be solved. There were theories about the last moments of The Dark Knight Rises being a dream, presumably because Christopher Nolan had directed it (and because some people were trying to rationalize an ending that felt out of step with the rest of the film -- no, it's not Alfred's fantasy and Bruce Wayne is not dead). It didn't matter than nothing about the text supported the interpretation. "Figuring it out" became the name of the game, even when the movie left nothing to figure out. 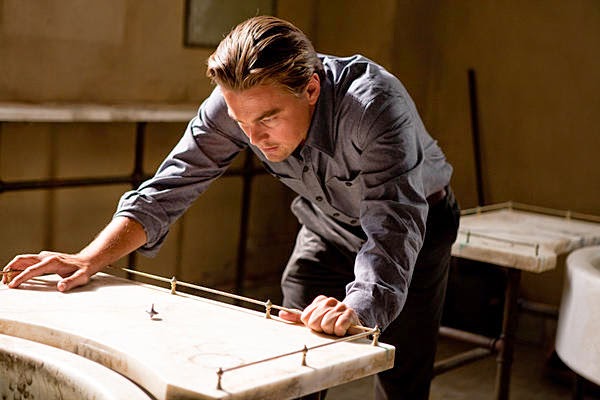 The internet makes those conversations more possible. Well, maybe not more possible (people may have still had them face-to-face, the way they did when Roosevelt was president and a piece of candy only cost a wish), but very much amplified. In 1997, I could read a couple of reviews and one article in PRINT and that was it. Now I can connect with any number of people and hear any number of different interpretations on any movie I watch. As a big believer that more information is usually preferable to less, that's a good thing. It changes the movie experience. I'm not sure I would like Enemy as much as I do had I not been able to sort out its meanings with Slate articles and VERY detailed YouTube analyses. But it also makes vagaries and mystery almost extinct. Think of just about any movie open to the slightest bit of interpretation (and many that aren't) and there are articles and forum discussions devoted to it.

So the hunt has changed. It's faster -- practically immediate -- and far more expansive. I still love it. The hunt allows for nonstop movie conversation, even if you're never really talking to anyone. I had a whole discussion about Enemy after I saw it and never opened my mouth. I read articles and watched videos, engaged with them in my mind, read more, responded internally. Not every movie requires such pursuits. Though every movie deserves to be talked about, it's only the rare and special film like Enemy (or Lost Highway) that lends itself and benefits from the hunt...provided you're willing to look.
Posted by Patrick Bromley at 12:00 PM