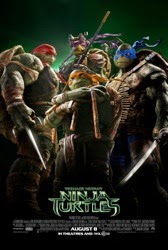 Summer is almost over, right?

Many of us can agree that it's been a good summer at the movies. Yes, thing got off to a rough start with Amazing Spider-Man 2 and Transformers: Age of Extinction is still the highest-grossing movie of the season, but let's not judge Summer 2014 by its worst examples. We've had a number of smaller independent movies that worked (Chef, Life Itself, They Came Together) and a couple of great films (Snowpiercer, Boyhood) we'll be talking about for years to come. The majority of the blockbusters we've gotten this year have ranged from good (X-Men: Days of Future Past, 22 Jump Street, Hercules) to really good (Edge of Tomorrow, Dawn of the Planet of the Apes, Guardians of the Galaxy). Even Gareth Edwards' Godzilla, a movie I didn't love, took some chances and tried to be something different than what we've come to expect from summer entertainment. We've been spoiled by good movies these last few months. 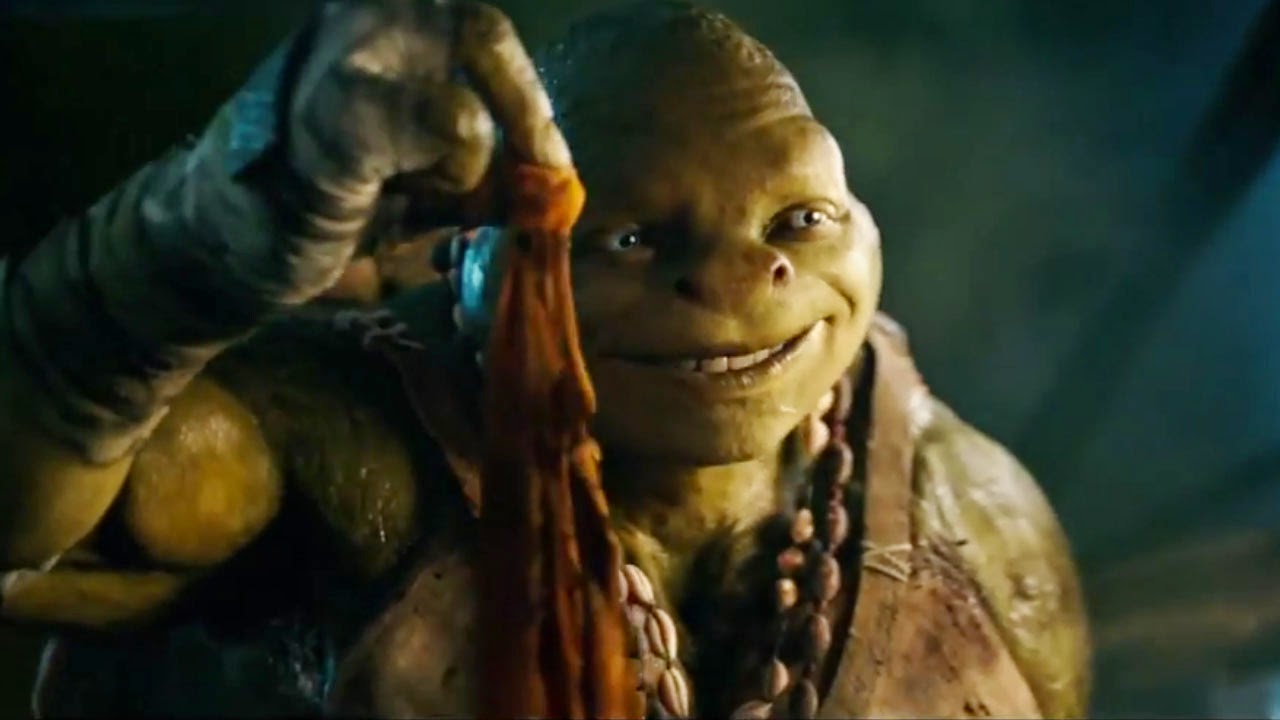 Teenage Mutant Ninja Turtles is a splash of cold water on our collective good movie buzz -- a reminder of the soulless, shitty product we're used to getting in the summer and exactly the kind of bad movie that's...well, I won't say "ruining" Hollywood (because I just spent a whole paragraph pointing out a bunch of good movies Hollywood has put out lately) but certainly rotting it away at its core. It's a remake/reimagining/reboot that's based on an existing property, greenlit because a studio owns an IP and because superhero movies are popular and because the target demographic is nostalgic for something and because now it can be "edgy" and PG-13 and because almost every single person involved with it is an asshole. Ok, not really. It just feels that way when you're watching it. Maybe they all wanted to make a good movie. It doesn't feel that way when you're watching it.

This new Turtles comes to us from the bastion of artistic integrity that is Michael Bay's Platinum Dunes, the studio that never met a property it didn't want to remake into something much, much worse. It stars Megan Fox as April O'Neil, a reporter covering the jumping-on-trampolines beat who is frustrated by the fact that her face is frozen in a single expression. She desperately wants a big break and finds it when she is witness to a group of vigilantes fighting back against the shadowy Foot clan that is plaguing New York. Unfortunately, no one believes her. I think this upsets her. Or makes her happy? I couldn't tell. Her face won't move.

Eventually, April discovers that the vigilantes are the Teenage Mutant Ninja Turtles, presented here as 6-foot tall dickheads (their faces look like penises) who were created in a laboratory by April's dad and his partner, millionaire Eric Sacks (William Fichtner). In fact, they were April's pets! And she rescued them from a lab fire and put them into the sewers! Because it's better when everything is tied together and blow your fucking head off this movie. 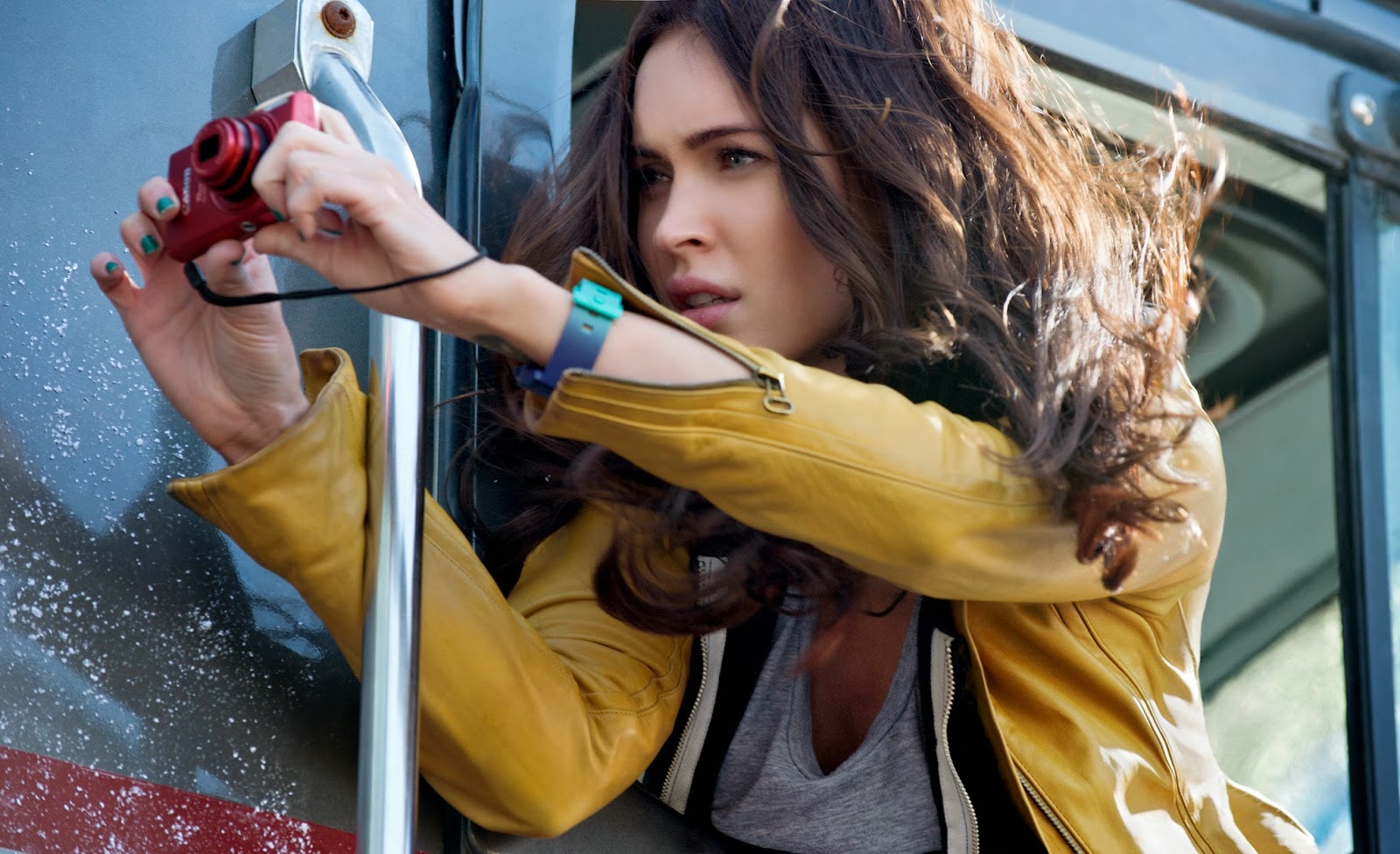 So blah blah blah turtles pizza Foot clan Shredder rat named Splinter and Sacks wants the Turtles' magic blood to create a race of superhumans and rule the world so he's going to release a gas in New York City and blah blah save the day. It's the same shitty plot we've had for the last few summers, much of it courtesy of Kurtzman and Orci (who, as far as I know, had nothing to do with this script). No amount of plot synopsis is going to make you decide whether or not you want to see a new Ninja Turtles movie, now in its third cinematic incarnation following three live-action films in the early '90s and once CGI animated adaptation, called simply TMNT, in 2007. But this isn't a movie that's interested in telling you a story, nor introducing you to characters worth knowing. This is a movie interested in selling you a brand.

Exactly what brand Teenage Mutant Ninja Turtles is trying to sell, I'm not totally sure. Obviously, it's selling Ninja Turtles -- toys, merchandising, Pizza Hut tie-ins, all the stuff you expect goes along with a property like this. But what this new "brand" means makes no sense. It appears to be a movie for kids, because it's based on a franchise that's best known for being a cartoon and line of toys. The humor is juvenile and pitched at 8-year olds. The movie is PG-13, however, making it a movie for no one. The turtles are bulked up and everything is made to feel grittier and edgier than past Turtles incarnations, because that's how we treat reboots these days -- what Mark Ahn calls "creeping Nolanism."

Director Jonathan Liebesman, who has yet to make a movie I like, directs Ninja Turtles like he's making a "greatest hits" of blockbuster tropes that movie geeks complain about. Hate Kurtzman/Orci's magic blood? It's here. Hate J.J. Abrams' lens flares? This movie is full of them. Hate Zack Snyder's speed ramping? It's all over this thing. If I didn't know better, I would suggest that this new Ninja Turtles is some sort of secret meta commentary on the state of popular cinema right now, and that Liebesman has created a movie that's slick and generic and shitty on purpose to prove a greater point. 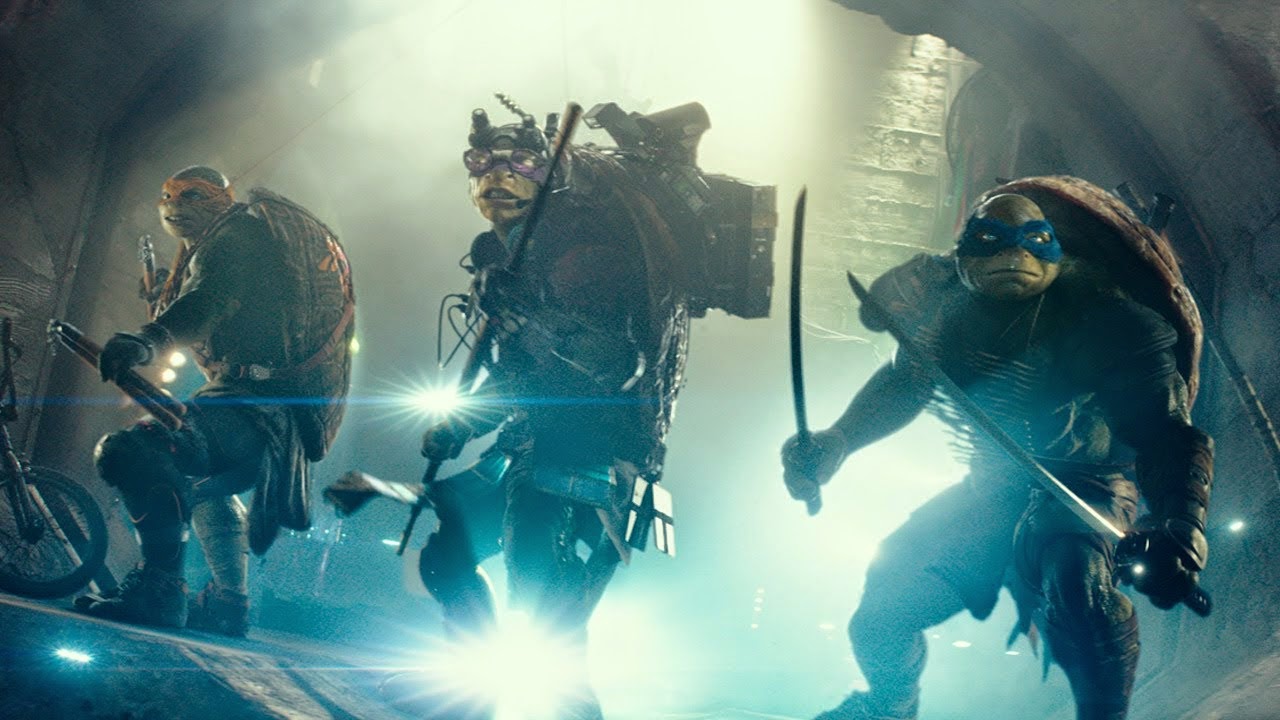 But that's not the case. This movie isn't damning shitty Hollywood product. This movie is shitty Hollywood product. If it were just generic, that would be one thing; generic movies are, at best, harmless. But Teenage Mutant Ninja Turtles is aggressively bad on a fundamental level. Like Bay's own Transformers movies, it seems much more interested in the human characters than in the Turtles. None of them are defined as characters; Michaelangelo comes closest in that he's the "funny" one and the one that sexually harasses April the most. The rest can't even live up to the broad sketches created way back in the animated series. The story holds up to no scrutiny -- the villain's plan makes no sense and the presence of a heavily-armored Shredder ("This ain't your parents' Shredder!" - An asshole responsible for this movie) feels like an afterthought, as though the whole film wrapped and someone realized they forgot to add the Turtles' most iconic villain. His scenes are completely disconnected from everything else in the movie.

Both the updated look of the Turtles and the movie's action scenes are overly designed and too busy by half. Because everything has been created in a computer (as opposed to the practical suits worn by actors in the first series, all designed by the Jim Henson shop), Liebesman uses his license to pack too much into the frame just because he can. The camera is never tethered to anything, giving the action no sense of weight. The movie's main set piece -- a long chase down a snow-covered mountain -- is rendered incomprehensible by too much CGI business. Even the action in this movie sucks.

What's left to recommend? Nothing. I'm not ready to call Teenage Mutant Ninja Turtles one of the worst movies of the year, but it is one of the best/worst examples this summer of a bigger problem in big-budget studio movies these days. The movie is soulless and cynical enough that it burned me out on summer movies in the span of less than two hours -- watching this movie made me feel like I was watching every shitty movie of the last few years all at once. The bad news is that it sucks. The worse news is that the movie was a huge hit and that a sequel has already been greenlit. There's yet another way this thing perfectly fits the bill of franchise filmmaking. Who knows? Maybe they'll get it right next time. I won't be around to find out.
Posted by Patrick Bromley at 6:00 AM