Some pretty dark suggestions this week. Plus the man who wrote "Purple Haze." Excuse me while I kiss this guy. 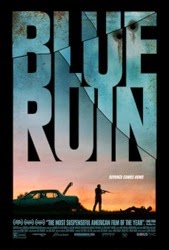 Adam Riske: Blue Ruin (2014, dir. Jeremy Saulnier) Blue Ruin is a real treat - good, competent and confident filmmaking all the way around and just exhilarating to watch. If you're a fan of revenge movies or procedurals (this movie is terrific at showing the A to B to Cs), this is one you'll want to seek out. Kudos to writer-director Jeremy Saulnier and lead actor Macon Blair for their exceptional work. I can't imagine many people watching Blue Ruin and not coming away impressed. It is a great thriller and one of my favorite movies of the year so far. 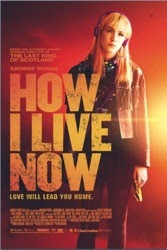 Adam Thas: How I Live Now (2013, dir. Kevin MacDonald): This movie opens with something that I HATE, which is making the lead character almost cartoonish in how horrible/annoying they are. However, they make up for it by doing what I LOVE and that is doing a lot with a little budget. The movie follows Daisy (Saoirse Ronan), an American girl visiting her cousins in England when World War III breaks out. It follows Daisy and her cousins surviving in the middle of the conflict. There isn’t as much action as you would like in a movie about WWIII, but that isn’t really the point of the movie. It’s more about following Daisy. There were some genuinely tense moments in the movie and a solid performance from Ronan. I won’t promise you’ll love it, but it’s an interesting movie that I found worth the 101 minutes. 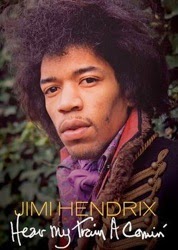 Heath Holland: Jimi Hendrix: Hear My Train A Comin' (2013, dir. Bob Smeaton) The last few years have brought some of the best music documentaries in recent memory. We had Martin Scorsese's film on George Harrison, Living in the Material World, followed by Good Ol' Freda, which was about the secretary and fan club president for The Beatles. Earlier this year I raved about Super Duper Alice Cooper, and now Netflix is carrying this 2013 documentary about Jimi Hendrix that includes plenty of never-before-seen performances and interviews. Director Bob Smeaton was hired by the Hendrix estate to helm the project and was given unprecedented access to the family archives, meaning that Hear My Train A Comin' is loaded with footage and performances that haven't been seen or included in a documentary about the iconic guitarist and musician before. Complementing the unearthed footage are plenty of more recent discussions with the likes of Paul McCartney, Steve Winwood, and ZZ Top's Billy Gibbons, and there's also a bevy of archival footage featuring John Lennon, Chuck Berry, and Dick Cavett. We're living in a great time for noteworthy rock docs, and Jimi Hendrix: Hear My Train A Comin' adds one more film to that list. 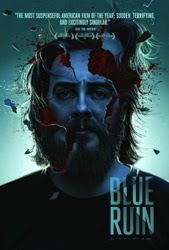 JB: Blue Ruin (2013, dir. Jeremy Saulnier) Blue Ruin is one of the best revenge movies ever made. The filmmakers here are using a tool named "realism," and I suspect that the film details what revenge really feels like. It's small, ugly, and always goes bad; it is nothing whatsoever like revenge in the movies. Macon Blair deserved an Oscar nomination here for playing the lead. This is what I consider real acting, not the mannered and prescribed, audience-pleasing pyrotechnics that often garner nominations for a select group of studio-approved professionals. This is one of my favorite movies of the year; it's not pretty. 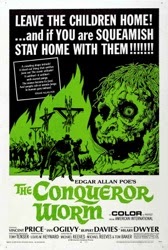 Patrick: The Conqueror Worm (aka Witchfinder General) (1968, dir. Michael Reeves) Scary Movie Month is still just over a month a way (it's JUST OVER A MONTH AWAY YOU GUYS), but I can't stop myself from recommending Witchfinder General from 1968. It's not a typical horror film in that it doesn't really deal with the supernatural despite what the title suggests. Instead, it's about real-life historical horrors anchored by an uncharacteristically dark and nasty Vincent Price performance -- still my favorite he ever gave. The behind-the-scenes story on this movie is almost as fascinating, as Price and Reeves couldn't stand one another but turned out a great movie anyway; sadly, the talented Reeves died of an overdose at just 25 years old. This was screened at The Massacre a few years back. You can hear us argue about it on the podcast.
Posted by Patrick Bromley at 12:00 PM