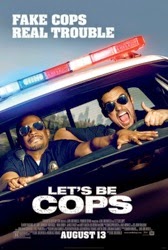 Let's Be Cops is the type of movie that Jake Johnson and Damon Wayans Jr. would be making fun of in a better movie. When I heard that the two actors were teaming up for a buddy cop movie, I was genuinely excited. Both can be hilarious (as proven on Fox’s New Girl) and Jake Johnson, in particular, has evolved into a pretty charismatic actor in his own right, as seen in Safety Not Guaranteed and Drinking Buddies. So, it’s especially disappointing to report that Let’s Be Cops is not the breakout mainstream comedy I was hoping it would be for either of them. It’s a flat, lifeless cop comedy that actually reminded me a great deal of Bulletproof, that oh-so-memorable buddy cop movie from 1996 starring Damon Wayans Sr. and Adam Sandler. The world does not need two Bulletproofs. 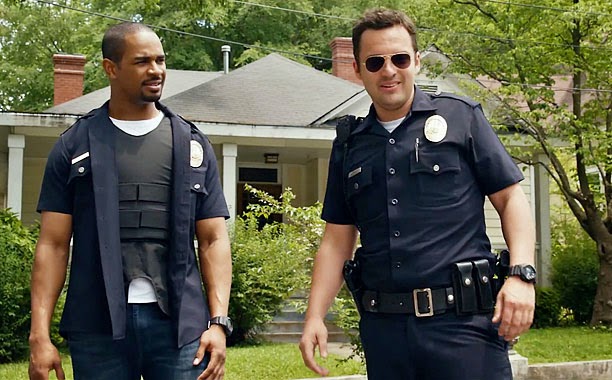 Let’s Be Cops is straight up slumming for these guys. I was constantly directing a better movie in my head as I watched it. It starts out terribly, with hack direction (complete with a “this is what I learned” voiceover and characters telling each other things they already know) plus an awful score, wandering aimlessly for the bulk of the running time with only an occasional joke landing. It’s a watchable movie, but it sure is shitty. No doubt about that. It looks and feels cheap, resembling a cancelled Fox sitcom from the early 1990s. This would have been perfect playing after new episodes of Herman’s Head.

The plot in brief: It doesn’t matter. JJ and DWJ pretend to be cops and cross paths with a Russian (?) crime lord played by James D’Arcy – actually quite good despite chewing gum in practically every scene. The girl the DWJ character is crushing on is played by Nina Dobrev (from The Vampire Diaries and reportedly having a great hair season according to People Magazine!). She’s a fucking bubblehead. It’s the type of dumb character that only exists in movies. She is a waitress that wants to be a makeup special effects designer but the busts she has in her apartment look like the shit you would papier-mâché at a kid’s birthday party. 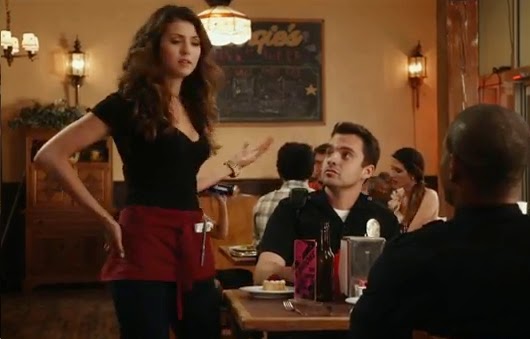 Speaking of only existing in a movie, this movie exists steadfastly in a movie universe where companies are evil, employers are stupid (the people who work in DWJ’s video game design office are proof that no one who made this movie has ever worked in an office ever in their lives) and folks get kicked in the nuts fairly often.

And yet Let’s Be Cops is not a complete loss. Just when the movie has seemingly gone off the rails, there’s an introduction of a character that saves the movie and for a few minutes it becomes funny. This happens twice, first with the introduction of a trampy character played by Natasha Leggero (a hoot and sexy despite the fact that she’s not supposed to be sexy) and then with the snitch/informant played by Keegan-Michael Key. Key is awesome in this movie. All of the scenes in which he appears are the best scenes in Let’s Be Cops, including a scene where an undercover Damon Wayans Jr. ingests crystal meth and starts flipping out. I wish more scenes worked the way that one works. It’s because the movie finally just doesn’t give a shit and goes crazy. 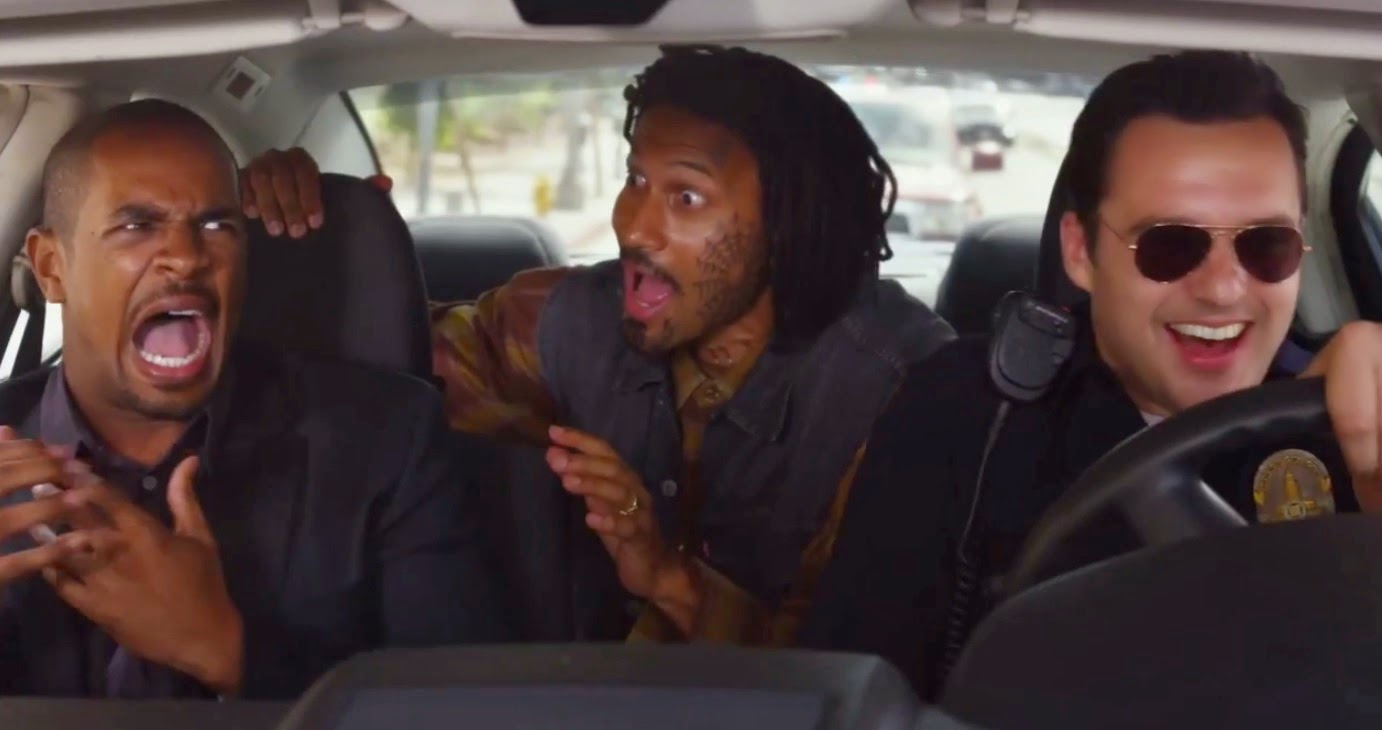 That’s what Let’s Be Cops is truly lacking – a director who is willing to let this material go all the way. Director Luke Greenfield (The Animal, The Girl Next Door) is too concerned with us liking Jake Johnson’s and Damon Wayans Jr.’s characters, so whenever the more hardcore of the two (Johnson) threatens to do something nuts, Wayans reigns him in. That’s not funny! Why the filmmakers make being a buzzkill 75% of Wayans Jr.’s job in this movie is beyond me.

Patrick and Doug have mentioned on the podcast that many comedies have third act problems, devolving into a chase or action because there no idea how to end the movie. Let’s Be Cops falls victim to this. In fact, there are hardly any jokes in the last 30 minutes of the movie at all. It just becomes a sub-par action movie with predictable reveals and turns. It’s a bummer.

I was so disappointed by Let’s Be Cops. This should have been Beverly Hills Cop or The Blues Brothers-good and it’s not. I didn’t realize I disliked this movie so much until I started writing this review. It’s not great in the moment; when you give it any thought, it’s terrible. It glorifies mindlessness. I can’t believe people got out of bed every morning and went to work for months to make this.
Posted by Patrick Bromley at 12:00 PM