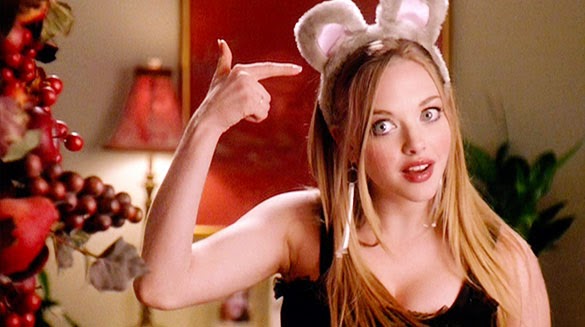 If your nickname is Mouse, I'm going to want to punch you in the face.

In this film from [the great cinematic year that was] 1999, Mouse (Matt Doran) is a savant -- a wunderkind programmer -- with a penchant for well-endowed pinup chicks in red dresses and philosophical food ramblings. He's also the de facto mascot of the red pill crew (I guess that's bound to happen when your name is F-ing Mouse), and looks up to Tank (ugh) and Dozer (ugh-ugh) like a wounded puppy. When he gets cut down in a hail of bullets (spoiler!) you almost feel bad for him. All that promise and enthusiasm extinguished by a band of ruthless Agents. But then you remember: his name is MOUSE. And then you're like, "I'm fine with this decision." 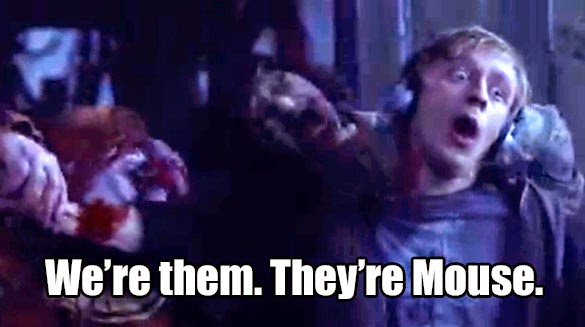 True story: Patrick, Mike Pomaro, Adam Thas and I saw this movie opening night, excited by the prospect of a BRAND NEW George Romero zombie flick. Our excitement quickly turned to cynicism as soon as we realized that the old man LOST IT. At one point, a young skateboarding rascal appears onscreen, and -- deliriously bored with the film before us -- I leaned over to Mike and asked, "Wouldn't it be weird if his name was Mouse?" And bam, not a few moments later, his generic namesake was revealed. Yes, in a derivative, self-plundering, Ouroboros fail, the most disposable character is named Mouse (Maxwell McCabe-Lokos). Remember when Romero actually shocked us?

OK, so, in the first Night of the Demons, there's an infamous scene in which Suzanne (the great Linnea Quigley) pushes a tube of lipstick into her nipple (you really need to see it, because my description just doesn't do it justice). It's a horror movie-defining moment. The sequel, which features a protagonist named Melissa "Mouse" Franklin (Merle Kennedy), tries to "recapture the magic" (so to speak) with its own lipstick scene (featured above). It's not quite as shocking, but, then again, how many creepy things can you do with lipstick? Wait. Don't answer that. Anyway, MOUSE! And #ScaryMovieMonth is less than a month away! ARE YOU EXCITED?! 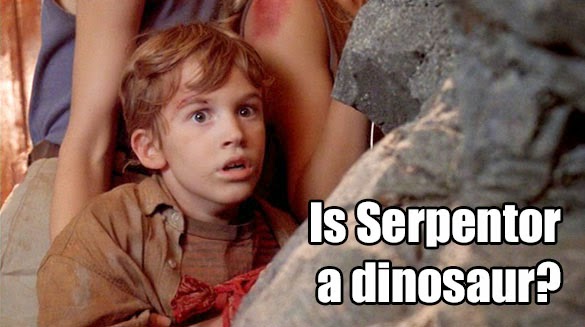 Joseph Mazzello popped up on my radar a few years ago after I saw his striking performance as Eugene Sledge in the HBO miniseries, The Pacific. Then I was like, "HOLY SHIT! That's the kid from Jurassic Park!" Just last year, he played the bit part Mouse in G.I. Joe: Retaliation (one of Heath's favorite movies[!] from that year).  Which begs the question: is he on a nerd-to-heavy trajectory (like Ben Foster), or is this another one-off action appearance?

Don Cheadle plays Mouse Alexander, main character Denzel Washington's Ezekiel "Easy" Rawlins' menacing muscle. Probably the most dangerous Mouse to ever grace the screen (aside from Danger Mouse, obvi), Cheadle plays the part as a trigger-happy sadist. It's the kind of performance that leaves you begging for more. Patrick lists Devil in a Blue Dress as one of 10 movies that should have launched a franchise based on Mouse's relationship with Easy. 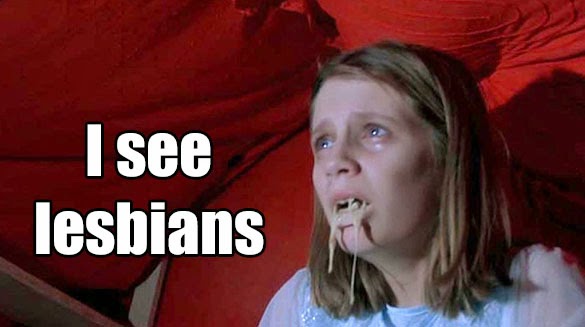 This Canadian film, which introduced us to the naked bodies of both Piper Perabo and Jessica Paré, is told from the perspective of a character named Mary "Mouse" Bedford, played by a non-naked Mischa Barton (we'd have to wait six more years until Closing the Ring for that unveiling [you're welcome?]). OK, enough being "gross" ... Mouse is the third-wheel narrator of this doomed lesbian love tale. She's curious, naïve and loyal. She's also uptight, shy and introspective. I mean, her name is Mouse, after all. Her dad couldn't wait to drop her off at the all-girls' boarding school: "I felt like a gray mouse headed for the mouth of a cat." The film is also a coming-of-age tale for Mouse. After she matures, she becomes a beautiful rat (I assume). 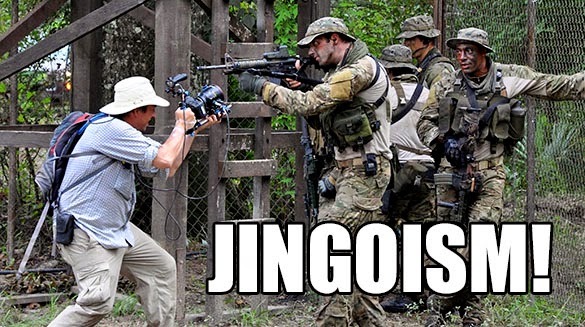 Remember this experiment? A fictionalized account of real-life U.S. Navy SEAL operations with a group of active-duty U.S. Navy SEALs in the lead roles? This film was directed by Mike "Mouse" McCoy, a National Motosport Association (NMA) mincycle champion, and later a successful off-road racer. With the nickname Mouse. Yep.
Posted by Patrick Bromley at 6:00 AM